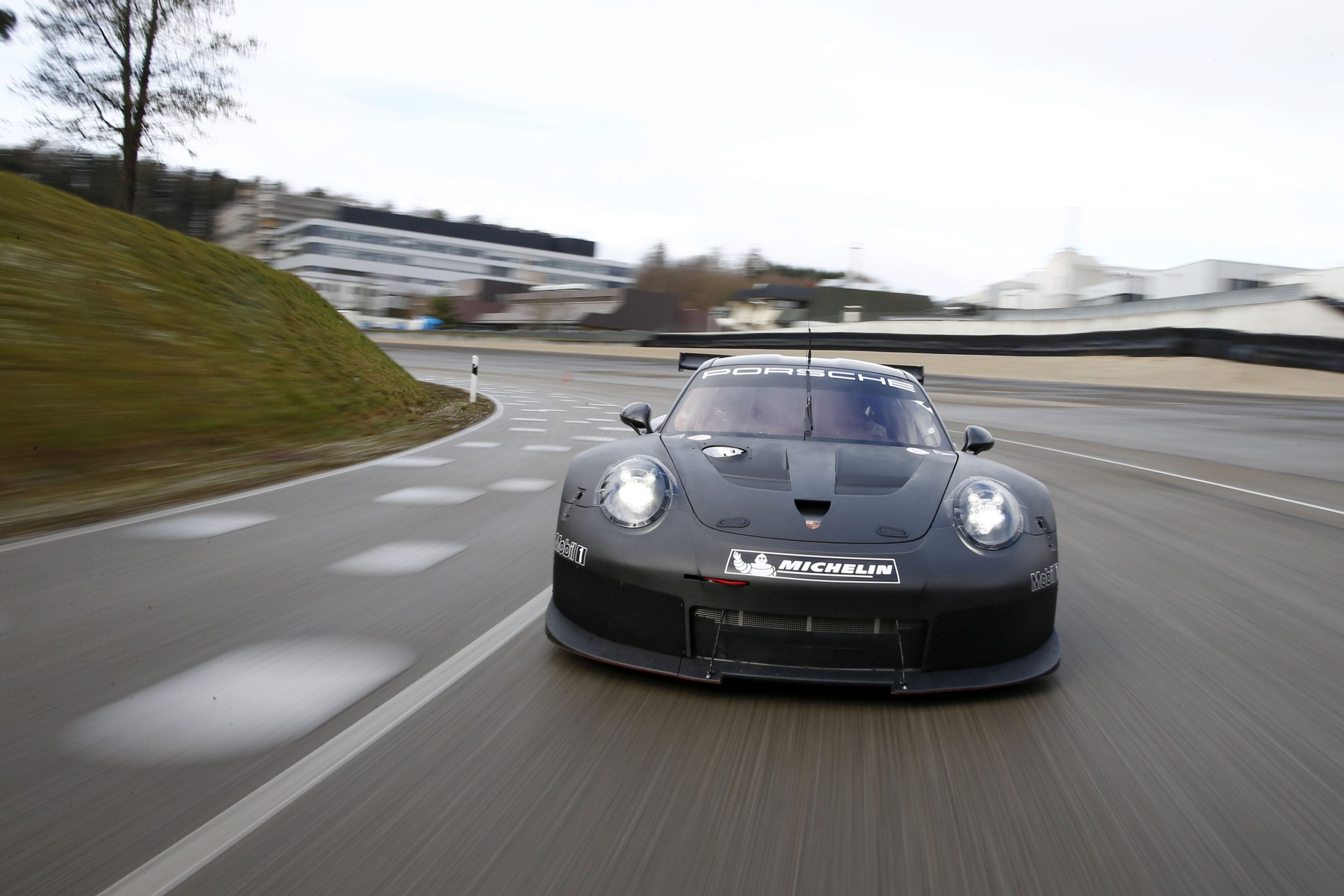 Porsche paid tribute to the outstanding achievements of their teams and drivers during 2016 at the Night of Champions motorsport gala in Weissach on December 3. The company took the celebration as an opportunity to complete its 2017 Factory Driver, Junior Driver, and Young Professional Driver announcements.

The most significant change in both LMP1 racing cars can be found in the cockpit. After the departure of Romain Dumas, Marc Lieb and Mark Webber from the LMP1 driver lineup, three newcomers will join the crew. Two hail from Porsche’s existing factory driver squad: the New Zealander Earl Bamber (26) and Britain’s Nick Tandy (32). Both have already gained a wealth of experience in the 919 Hybrid. In 2015, they joined forces with the Formula 1 pilot Nico Hülkenberg (Germany) to contest the 24 Hours of Le Mans in a third Porsche LMP1 and clinched a commanding victory. The third recent addition, André Lotterer (35), has climbed to the top step of the Le Mans podium three times and was crowned champion of the WEC in 2012 as an Audi works driver. Lotterer and Tandy will share driving duties in the No. 1 Porsche 919 Hybrid joining the reigning World Endurance Champion Neel Jani (32). Two New Zealanders, Earl Bamber and Brendon Hartley (27) will now be in the cockpit of the No. 2 vehicle with Timo Bernhard (35) from Germany. Thanks to continuing development, next year’s 919 represents another step in its technological evolution, featuring an optimized aerokit, the complete overhaul of almost all components and a completely new colour design. The vehicle will be officially unveiled on March 23 at the WEC prologue, which is being held for the first time in Monza, Italy.

With Earl Bamber and Nick Tandy moving to the LMP division and the return of a factory squad to the FIA WEC LMGTE-Pro class, new drivers have been signed on to campaign Porsche 911-based racers around the globe. With Germany’s Dirk Werner (35), an experienced Porsche pilot climbs back into the cockpit of a 911. Werner competed in Porsche racecars from 2004 to 2009, during which time he secured the title of the 2006 Porsche Carrera Cup Deutschland, won the GT title of the Grand Am Series in 2007 and 2009, and was awarded the Porsche Cup in 2009 as the best private driver. From 2010 to 2016 he competed for BMW as a works driver in various championships including the DTM and the IMSA WeatherTech Sportscar Championship. Belgium’s Laurens Vanthoor (25) won the 2010 Macau Formula 3 Grand Prix, clinched the 2013 title in the FIA GT Series and went on to pocket multiple victories in long distance racing including at the Spa 24 Hours (2014), the Nürburgring 24 Hours (’15), 12 Hours of Sepang (’15) and the 24 Hours of Dubai in 2016. Two weeks ago the Audi pilot won the FIA GT World Cup in Macau. Sven Müller (24) has earned his promotion from Porsche junior to works driver. The German spent three years being trained by Porsche as a professional race driver and in 2016 took home the titles in the Porsche Carrera Cup Deutschland and in the international Porsche Mobil 1 Supercup. He has several North American races under his belt including the Rolex 24 At Daytona in 2015.

For the fourth season, Porsche will take on the competition with two factory entries in North America’s premier endurance sports car series, the IMSA WeatherTech SportsCar Championship. Sharing the cockpit of the No. 911 Porsche North America Porsche 911 RSR will be returning veteran Patrick Pilet (France) and new Porsche works driver Dirk Werner (Germany). For the Tequila Patrón North American Endurance Championship, a championship within the WeatherTech Championship, which includes the Rolex 24 At Daytona, the Mobil1 Twelve Hours of Sebring, Six Hours of The Glen and Petit Le Mans, the duo will receive support from Frédéric Makowiecki (France). The regular drivers in the No. 912 sister car will be Kévin Estre (France) and Laurens Vanthoor (Belgium), with Richard Lietz (Austria) joining them for the four long-distance classics. The season-opening race is the 24 Hours of Daytona on January 28. The race will mark the global competition debut of the 911 RSR.

In addition to its LMP1 commitments, Porsche will also send a factory squad to the 2017 FIA World Endurance Championship (WEC) rounds to tackle the LMGTE-Pro world championship titles for the best driver and the most successful manufacturer. This is the first time the FIA has officially recognized these championships. The Porsche 911 RSR, which had its world debut at the Los Angeles Auto Show in mid-November, will be the platform for the two-car assault. The drivers confirmed to-date for these seats are Michael Christensen (26), Frédéric Makowiecki (36) and Richard Lietz (32). In 2015, Christensen and Makowiecki raced for the Porsche North America factory team in the IMSA WeatherTech SportsCar Championship GTLM class. Lietz held that role in a non-works program in the WEC GTE-Pro class last season. 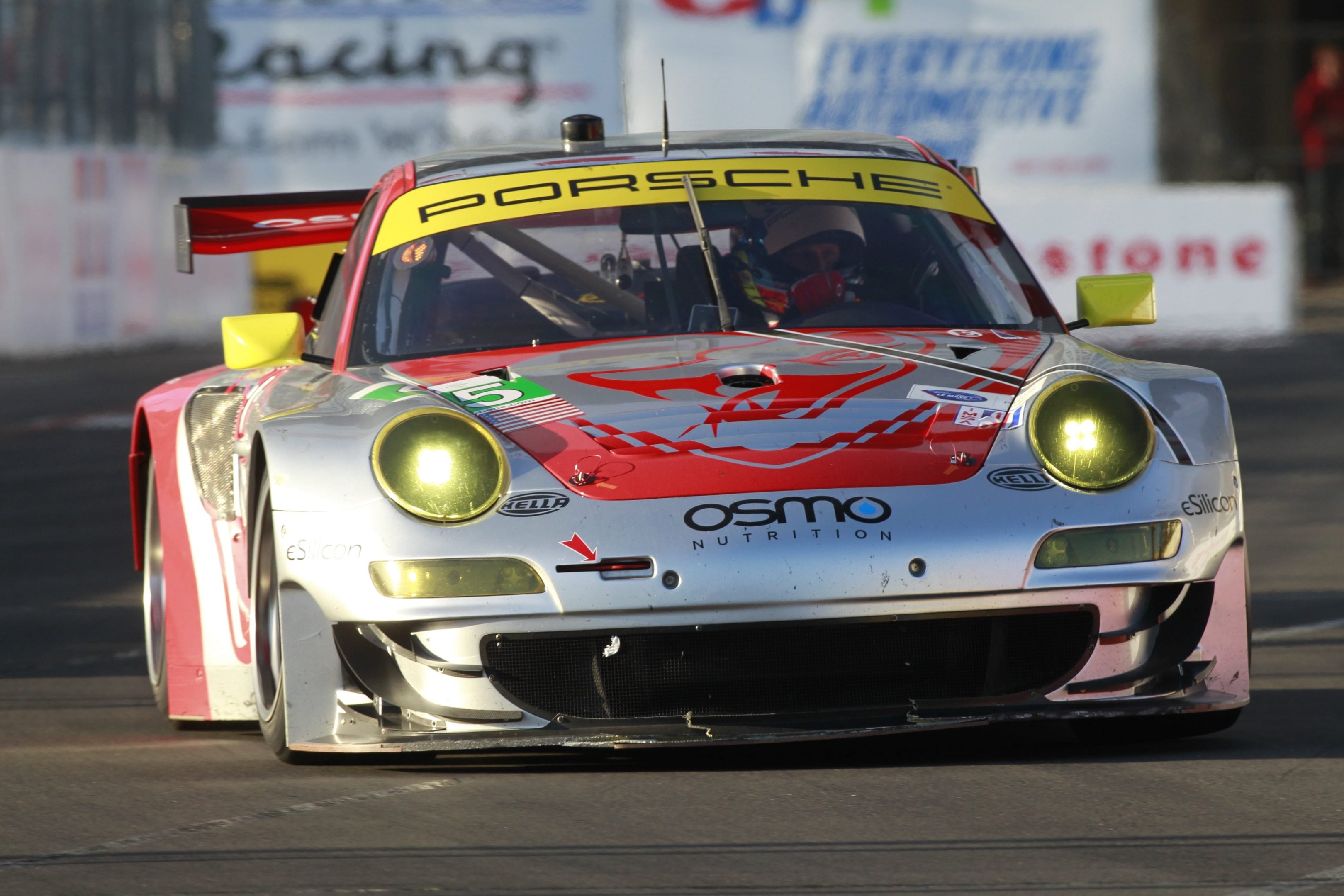 Michael Steiner, Member of the Executive Board for Research and Development, Porsche AG:

“This is a significant boost for our motorsport involvement and underlines that we have chosen the right platform with the WEC.” 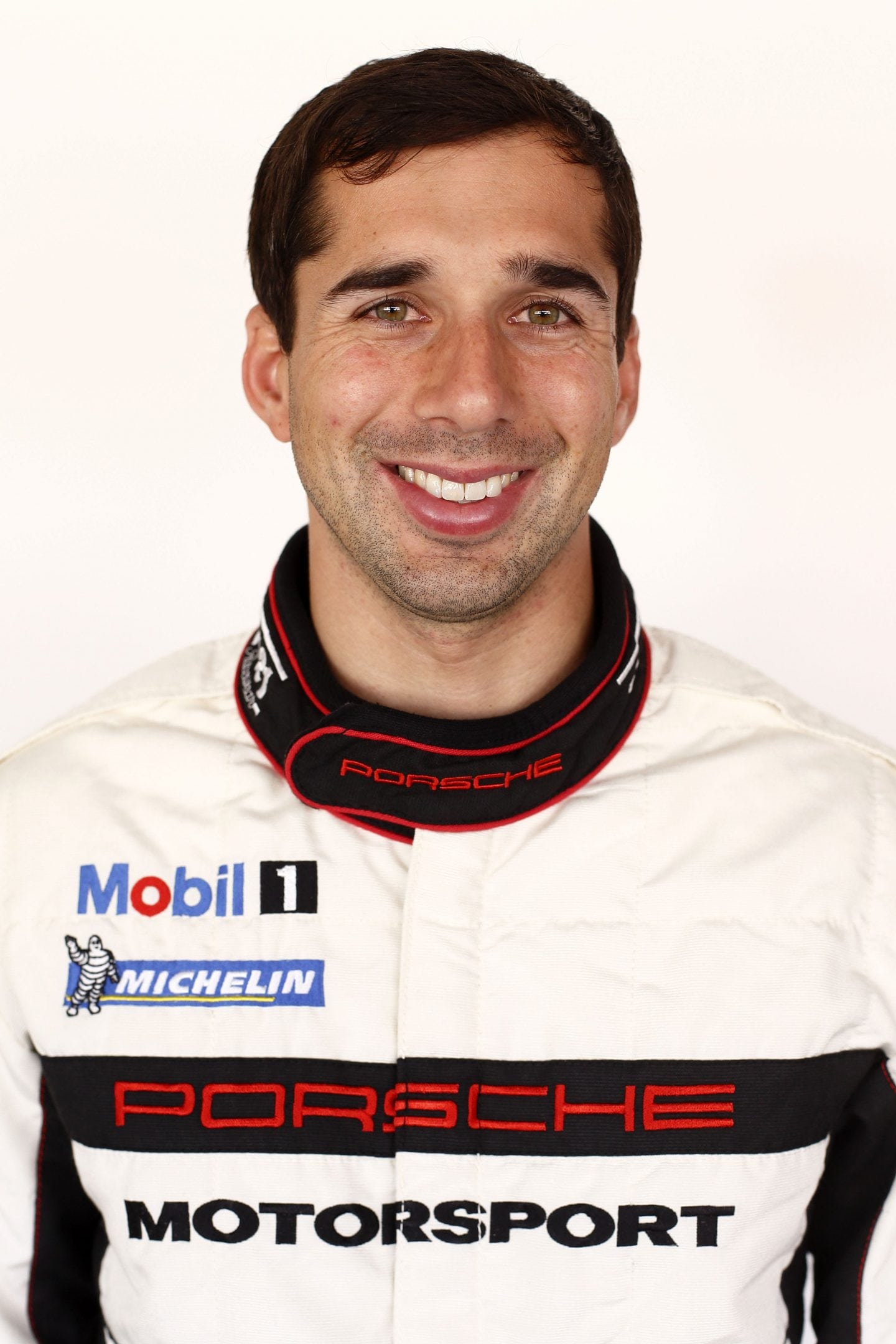 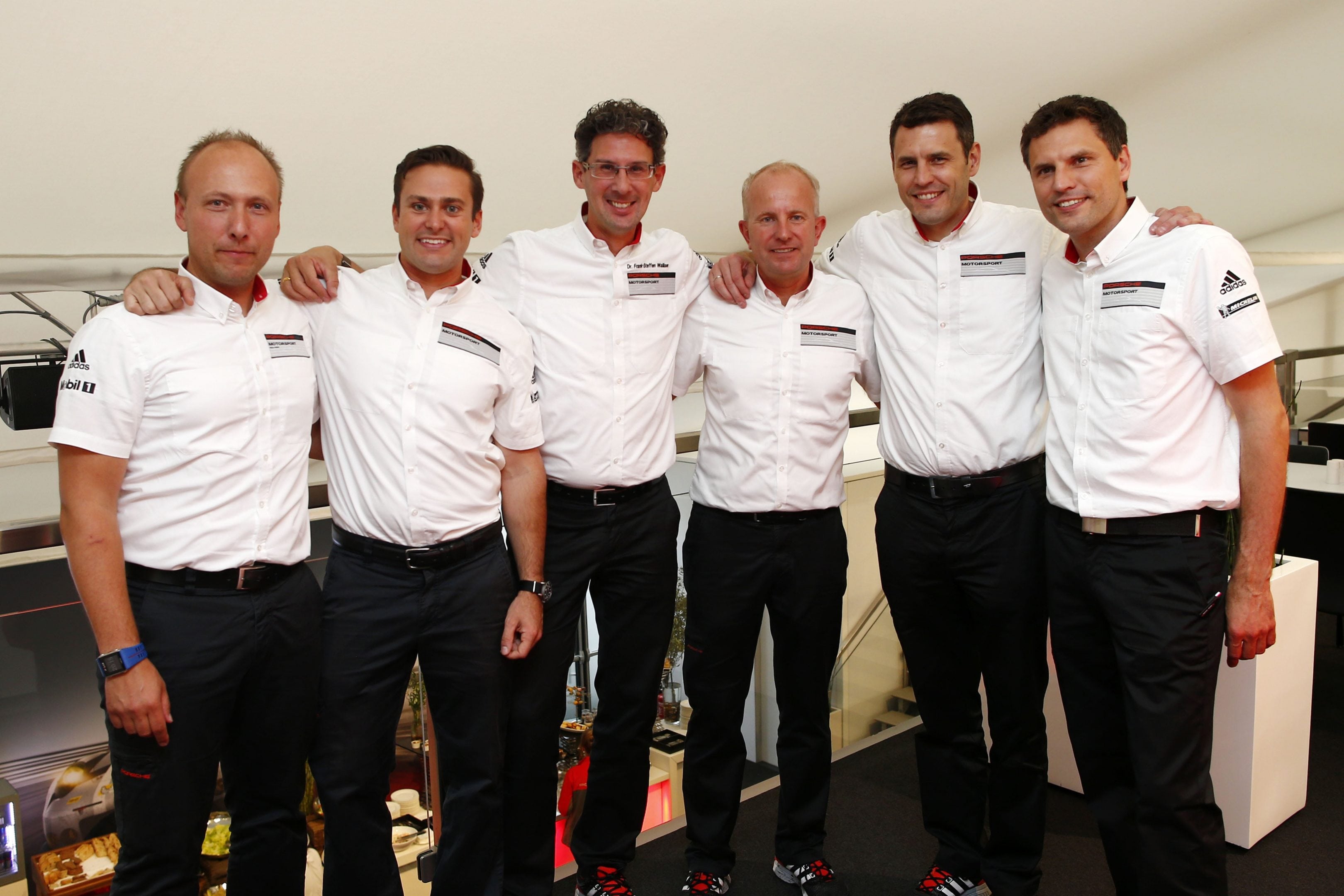 The winner of this year’s Porsche Cup, the trophy for the world’s most successful private Porsche pilot, is a racing driver from Germany. Robert Renauer (31) was awarded the coveted trophy by Dr. Wolfgang Porsche, the Chairman of the Supervisory Board at Porsche AG. In addition, Renauer takes home a Porsche 911. Thanks to his successes in the ADAC GT Masters, the European Le Mans Series as well as the 24-Hour International Endurance Series, he earned 7,355 points over the 2016 season at the wheel of various Porsche racers. Christian Ried (Germany) was second; Daniel Diaz-Varela from Spain was third in the worldwide tally. The Porsche Cup has been awarded since 1970 and is based on an idea of Ferry Porsche.

Long Returns to Finish What He Started. North American Works Driver Back with Wright in World Challenge.

Wright Motorsports is pleased to announce that Patrick Long, the only Porsche factory driver from North America, will be back with the Batavia, Ohio-based team for the 2017 Pirelli World Challenge (PWC) championship with the No. 58 Porsche 911 GT3 R.

Long, of Manhattan Beach, California, finished a strong second-place in the series’ top class, GT, in 2016 with three victories.

Long has an extensive history of working with Wright Motorsports, and he’s very pleased that his plans for 2017 have been solidified before Christmas.

“I am grateful to be back with the Wright Motorsports group for a full crack at this Pirelli World Challenge championship. There were lots of story lines in 2016 from our season, and each has brought us only closer and more focused as a tight-knit team. The championship will only be stronger in ‘17, and this is a massive help to get this effort inked nice and early.”

“Success is built on attention to detail and continuity. Wright Motorsports has a proven approach, missing the Pirelli World Challenge GT and GTA titles in the slimmest way possible in 2016. Clearly, there is unfinished business here in both classes. John is returning with the key elements of the team and the sole focus on finishing what was started last season. The competition will be even more intense, and we look forward to another exciting season of World Challenge.”

“I am very pleased to continue the program for the 2017 season. We finished the ‘16 season with a lot of momentum but a final result that left more to be desired. I’m glad we have the green light for 2017 so we can finish our business we started.”

Four-time racing champion Jon Fogarty will return for his ninth year of competition with the GAINSCO/Bob Stallings Racing team. 2016 was Fogarty’s first full season of PWC racing, scoring three top-five finishes. Prior to joining Bob Stallings and his GAINSCO team full-time in 2006, Fogarty drove a Porsche 911 for Flying Lizards Motorsports in the American Le Mans Series.

Led by veteran team manager Terry Wilbert, the GAINSCO team will take residence at the new Porsche Motorsport North America headquarters in Carson, California through the month of December. The team will spend the time learning and preparing their new equipment, while team engineer John Ward familiarizes himself with the new Red Dragon’s aerodynamic and chassis capabilities. The team will complete a “shakedown” with Jon Fogarty at Buttonwillow Raceway north of Los Angeles just before Christmas. A rigorous test program is scheduled through January and February which will prepare the team for their competitive debut at the Pirelli World Challenge season opener, Grand Prix of St. Petersburg (Florida), March 10-12, 2017.

“Customer racing is the foundation of Porsche Motorsport,” said Jens Walther, president and CEO of Porsche Motorsport North America. “We are always delighted when an organization as successful as GAINSCO chooses to race with us, and we welcome Bob Stallings and the entire team to the Porsche family.”

“We are happy to have the opportunity to advance our racing program with Porsche for the 2017 PWC season. I have known the leadership of Porsche Motorsport for several years, having competed against them in the Rolex Series and more recently at PWC. We have had many discussions over the years about joining forces on the racetrack, but never could find the right opportunity to complete a relationship. Porsche has been a leader in Motorsports for many years throughout the world racing scene. I have held them in high regard and always thought we might decide to race together eventually, and the opportunity to get it done now was very compelling.”

“It’s wonderful to be back with Porsche, where I began my sports car career in 2004. I was immediately impressed with Porsche’s GT racer and went on to compete and finish on the podium several times the following 2005/6 seasons. Porsche and sports car racing are nearly one and the same, and Porsche’s global support behind the 911 are great contributors to their decades of success. I am very happy to be back with such a strong organization and look forward to contributing to both GAINSCO and Porsche’s success in the 911 GT3 R.”

Los Angeles, California-based Competition Motorsports has announced the final piece of the puzzle as they attempt to win their first Bathurst 12 Hour title, February 3-5, 2017.

Long is well recognized for his successes in endurance races with Porsche. He is a three-time American Le Mans Series driver’s champion, class winner of the 24 Hours of Le Mans, Rolex 24 At Daytona, 12 Hours of Sebring and Petit Le Mans. In 2016, he drove to two LMGTE-Am class victories with Abu Dhabi Proton Racing in the FIA World Endurance Championship and to second in the GT class championship of the Pirelli World Challenge.

This will be Lieb’s official return to GT cars after multiple seasons in the Porsche 919 Hybrid effort. Lieb, overall winner of the 2016 24 Hours of Le Mans, is no stranger to the infamous Bathurst circuit having competed in a V8 Supercar at the Bathurst 1000 with Tekno Motorsport in 2013.

Competition Motorsports will be supported by Australian Porsche specialist team McElrea Racing. The team will complete a shakedown run in California before shipping the car to Australia. The 911 GT3 R is scheduled to arrive “down under” in early January.

“This is the fourth time that CJ (Calvert-Jones) is racing a Porsche at Bathurst. We are very happy that Marc Lieb joins CJ and Patrick, who had a strong showing in 2015 and gained invaluable experience for this year’s race at the iconic Mount Panorama circuit. The lineup and the team make for a strong entry and definitely one to watch.”

“The Bathurst 12 hour event has really come of age. We are now seeing numerous factory supported GT3 programs focusing on this iconic endurance race and I’m so excited to get back to Australia and race at Mount Panorama.” 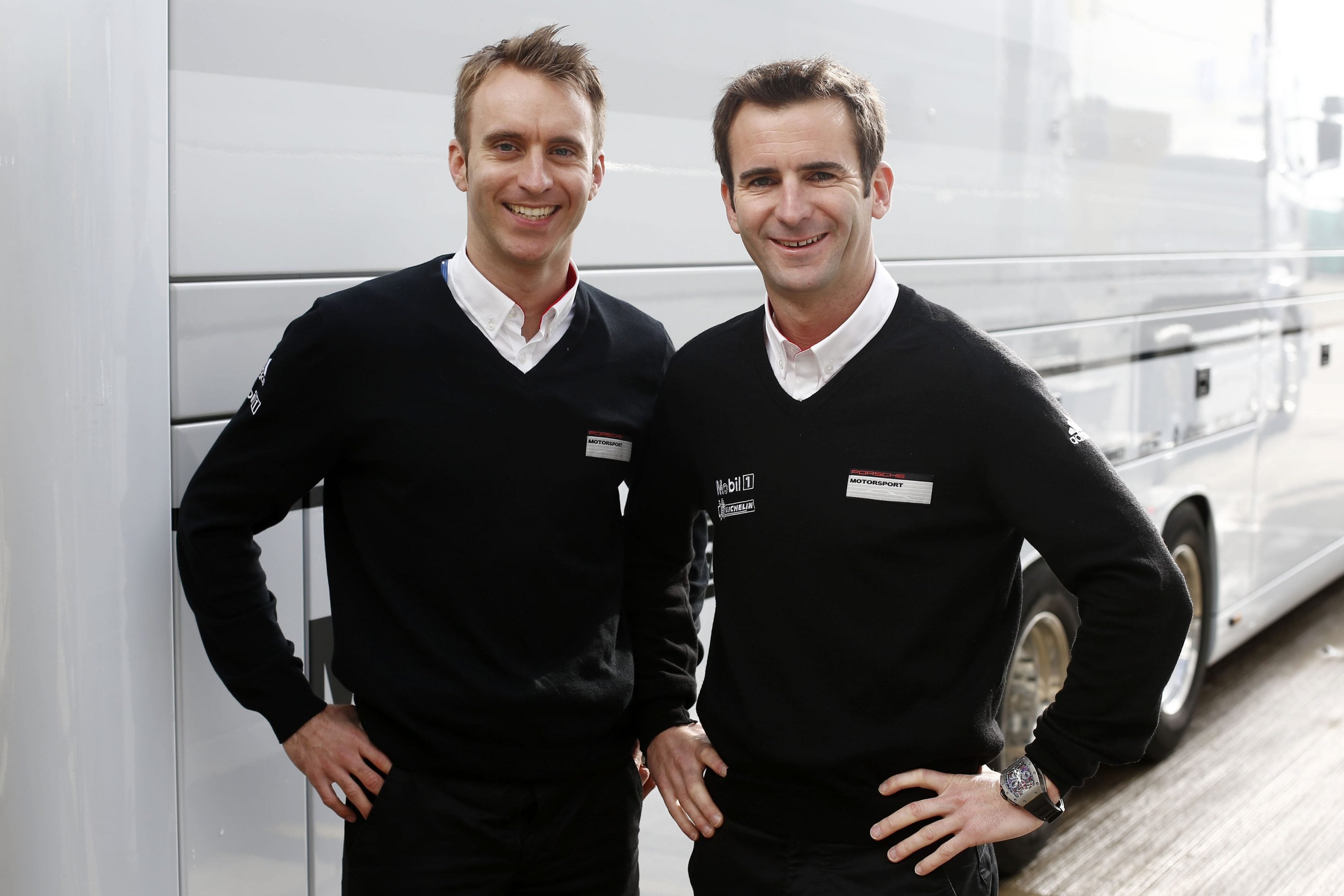