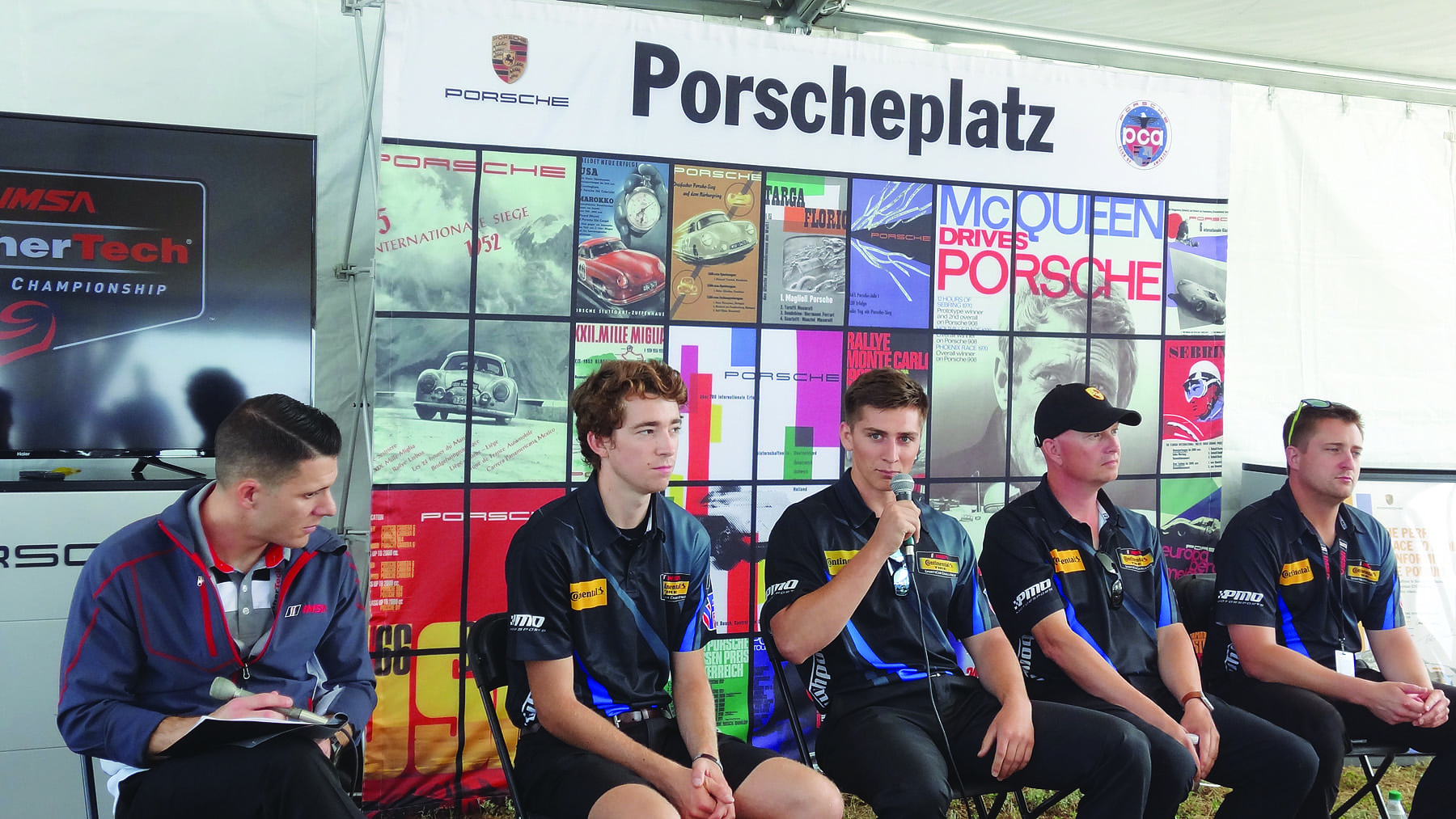 The International Motor Sports Association (“IMSA”) has a 12-race schedule for the 2016 season of the IMSA WeatherTech SportsCar Championship.  Canadian Tire Motorsport Park (“CTMP”) hosted the only Canadian race on July 9th and 10th. It was also the venue for one of the six Porscheplatz that Porsche Cars North America (“PCNA”) is organizing in 2016.

Porscheplatz is a car corral organized by IMSA and PCNA. The admission ticket price was $115.00 and it included priority parking exclusively for Porsche cars; access to the Porsche hospitality tent overlooking the apex at Corner 1; raffle for IMSA hot pit experience; sign up for paddock tour with unrestricted views of the cars, garages, mechanics and drivers; a chance to drive your own Porsche at CTMP Grand Prix track in a parade lap on Sunday; Saturday lunch, and Sunday BBQ lunch plus draw prizes. There was also live closed circuit TV broadcasting of the races in the hospitality tent. The highlight of the Porscheplatz at CTMP was the “Meet ‘n Greet” with two Porsche Cayman GT4 Teams – Bodymotion Racing and CJ Wilson Racing, and four Porsche Factory Drivers of Porsche 911 RSR cars #911 and #912. 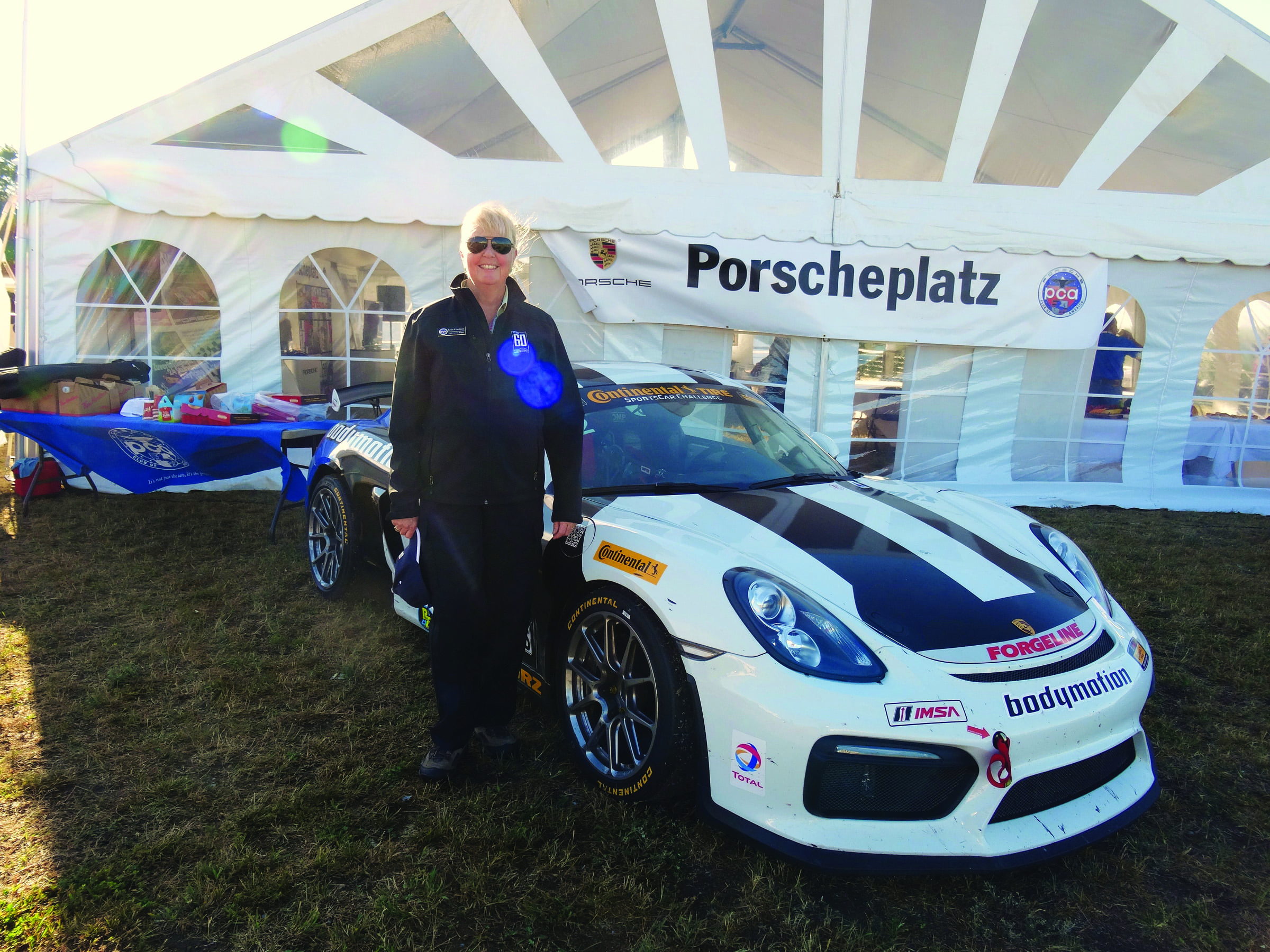 The Continental Tire SportsCar Challenge took place on Saturday July 9th and it had a total of 33 entries with six entries in the Grand Sport Class and 27 entries in the Street Tuner Class:

1) Grand Sport (GS) allows American iron such as the Ford Shelby GT350R/C to battle with exotic international machines, such as the Porsche Cayman GT4 Clubsport, Porsche 911 and Aston Martin Van­tage. GS cars are tuned to produce between 400 and 460 horsepower, featuring speeds in excess of 250 km/h; and

2) Street Tuner (ST) includes the Audi S3, Honda Civic Si, Porsche Cayman, BMW 328i and 228i, Mazda MX-5 and MINI John Cooper Works.  ST cars are limited to four-and six-cylinder engines and rotaries, producing between 230 and 290 horsepower. The top speed for this class is 216 km/h. 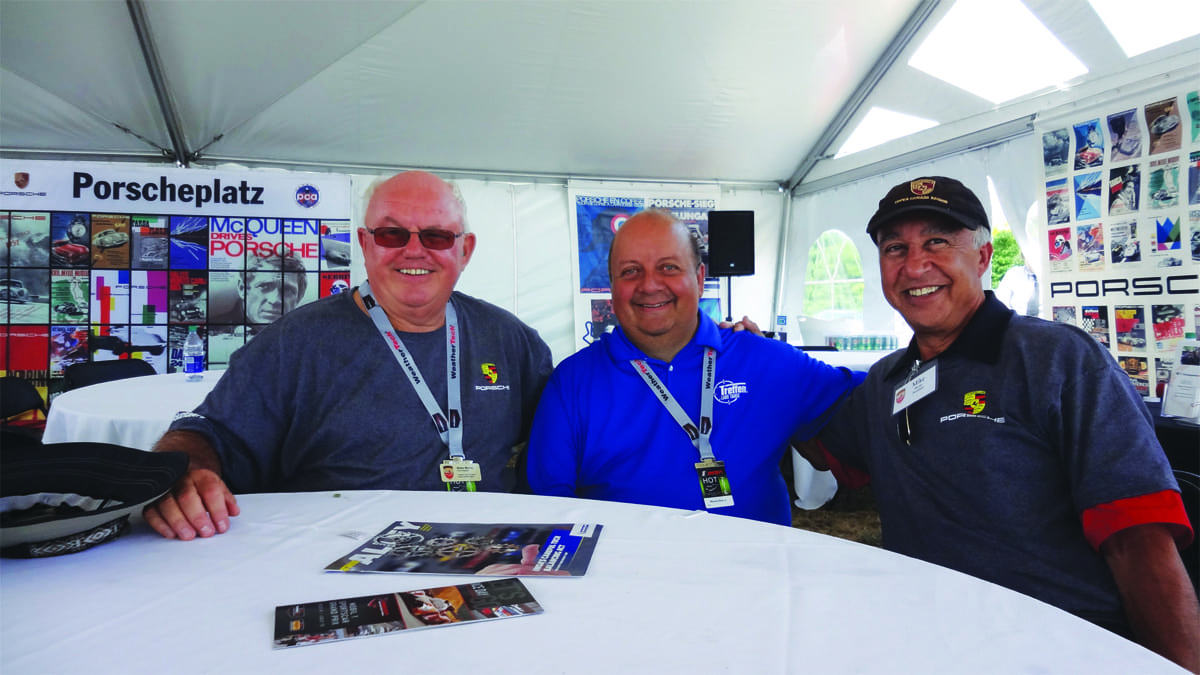 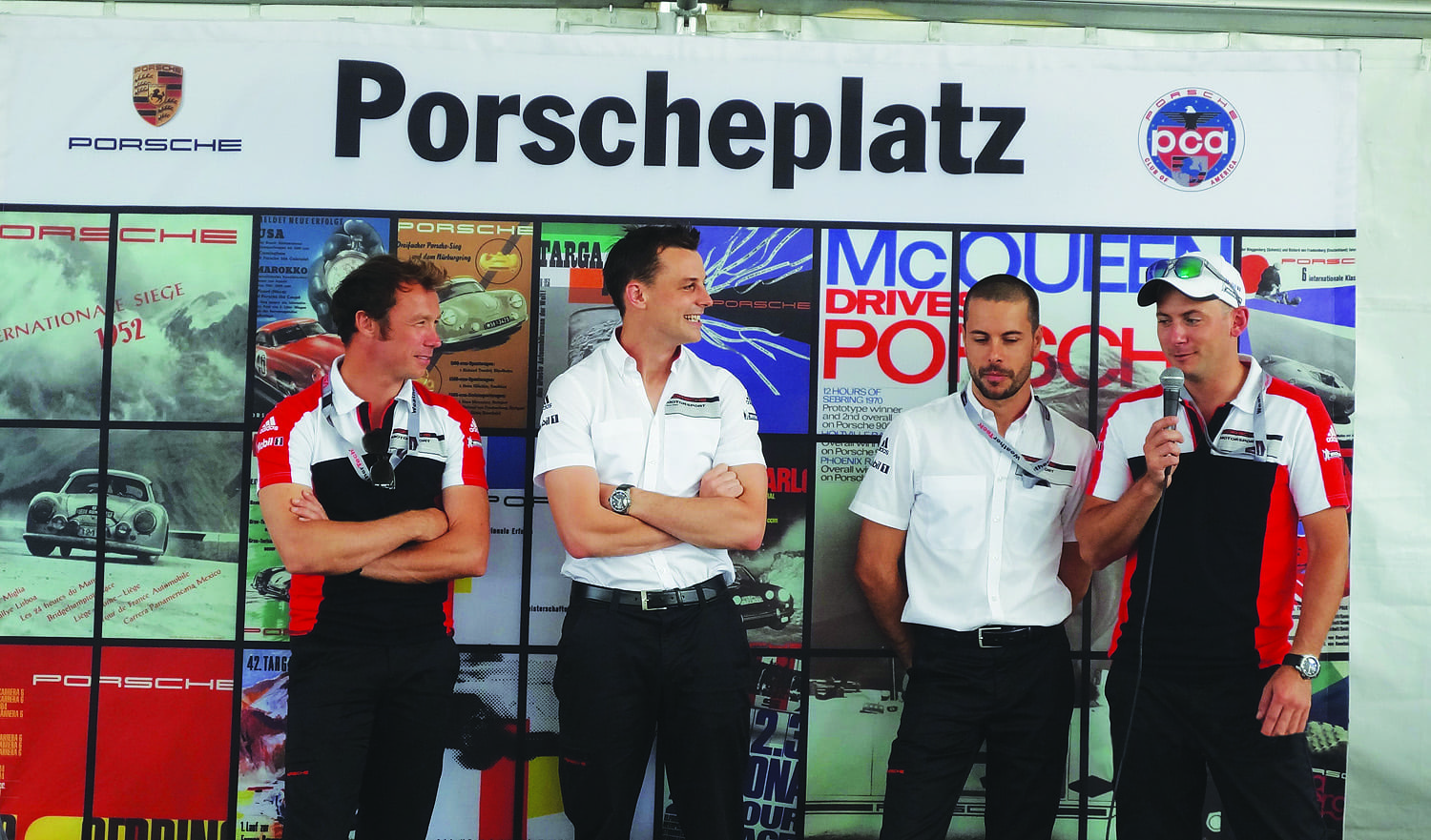 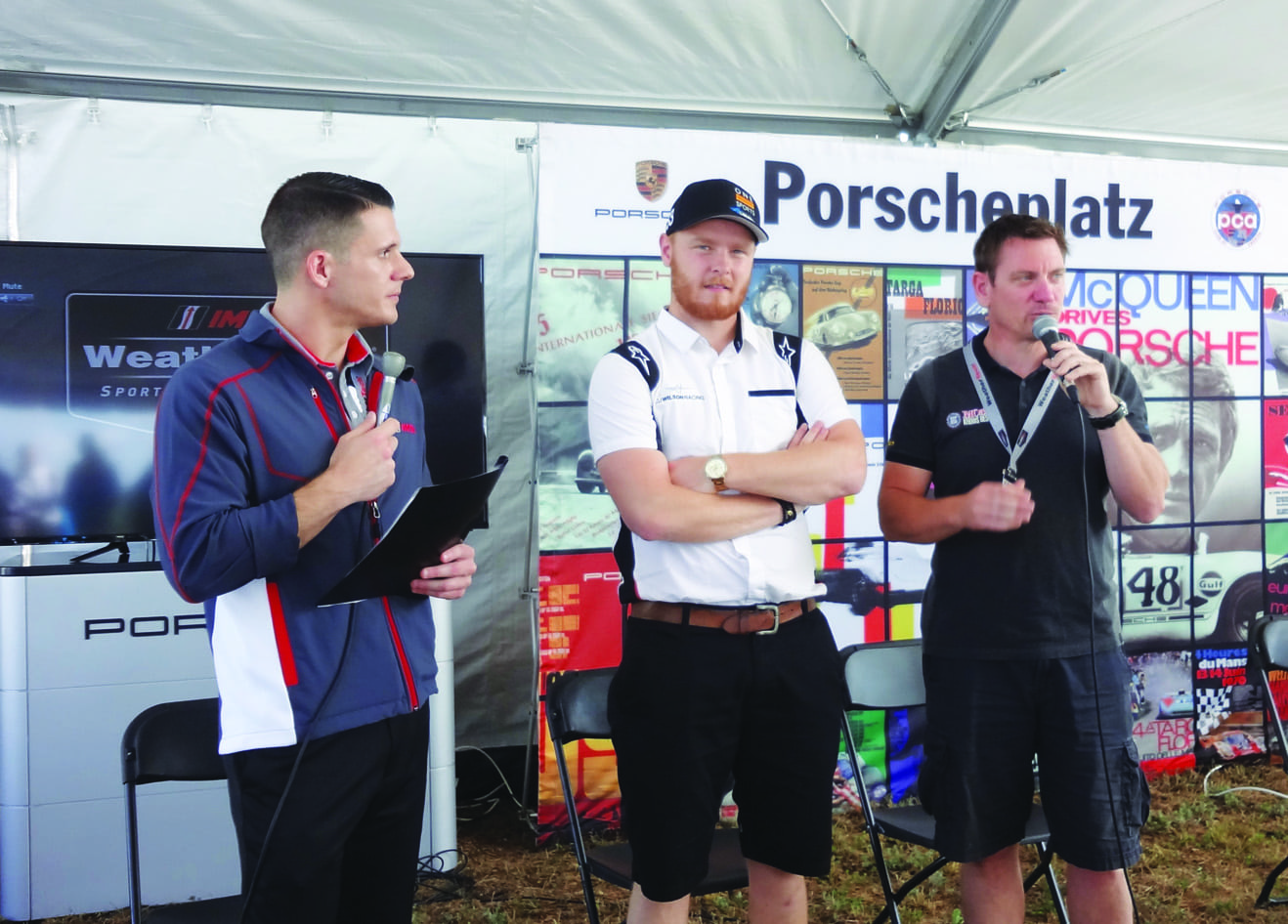 The success at Porscheplatz was supported by a group of dedicated UCR volunteers. Our sincere thanks to every one of the Porscheplatz volunteer team and special thanks to Lynn Friedman and John Van Atter for leading the volun­teer team and delivering a truly memorable experience for all participants.