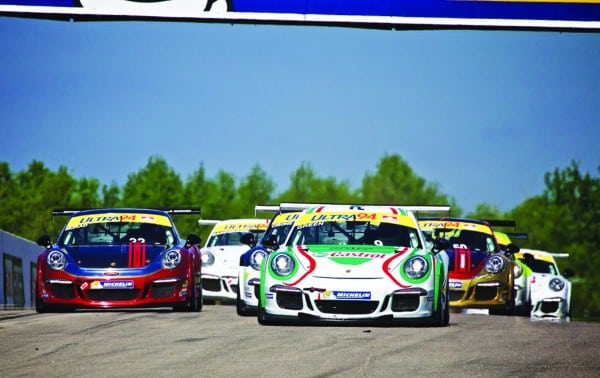 It was a busy few weeks for Pfaff Motorsports as they geared up for its first race weekend at Canadian Tire Motorsport Park from May 15- 17. The team, competing in the Ultra 94 Porsche GT3 Cup Challenge Canada by Michelin, this year features a two-car entry, driven Chris Green in the Platinum class and Orey Fidani competing in the Gold class.

At a launch event to kick off the 2015 season at the Pfaff Tuning/McLaren Toronto facility, over 100 enthusiasts and fans met the players. Green and Fidani introduced the rest of the team and announced a partnership with McLaren K-Pax racing, whose two entries in the Pirelli World Challenge would be carrying Pfaff and McLaren Toronto branding for the weekend.

Joining Pfaff Motorsports in 2015, Orey Fidani will drive the #13 Pfaff-Orlando Motorsports Porsche GT3 Cup in the Gold Class. Orey grew up fascinated by race cars, custom cars, and hot rods; a fascination for tuning cars and a need for speed led Orey to open his own auto shop, where he built his first dragster. 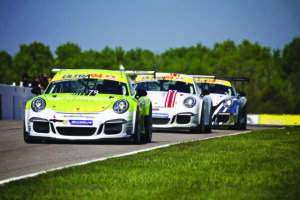 After a succession of driving schools and track days around North America, he spent a year building his skills by open-lapping street cars and then a season in regional racing; in 2014, he raced in the GT1 Sprints and took home the championship in his first year.

Returning for a third season with Pfaff Motorsports, Chris Green will once again be driving the #9 Pfaff-Castrol Motorsports Porsche GT3 Cup in the Platinum Class. With a career spanning 21 years, Chris started racing karts at the age of nine in his home province of Quebec. In the 24 races Chris has contested in the GT3 Cup Challenge, he has won 11 times, and has racked up 21 podium finishes, 19 pole positions and numerous fastest race laps.

Before joining Pfaff Motorsports, Chris Green’s Race Engineer, Joe La Joie, was an owner-consultant specializing in race operations and engineering in a diverse range of racing series. Orey Fidani’s Race Engineer, Andrew Marangoni, is an automotive mechanical design engineer by trade who spends his free time wrenching on his hot hatch and ‘68 Chevrolet.

These racecars must be viewed up close to appreciate the countless hours of hard work that went into their preparation and design.

After speaking to the drivers and the team, I’m pretty sure you will see these cars on the podium on a regular basis, most likely the top step!

60th Porsche Parade – Is it really a parade of Porsches?