As the snow continues to fall and I find myself missing early morning jaunts through the Forks of the Credit more than ever, I suppose now is as good of a time as ever to introduce myself. My name is Elliot Alder, and I drive a 1982 Porsche 944.

As a kid growing up in Caledon, I spent a lot of time around old things. Antique mar­kets.  Tractors. My grandparents. And while I wasn’t particularly fazed by any of it at the time, the affection for things that smell just a little bit funny seems to have stuck with me. Between the foun­tain pens and my lack of interest in anything with power steering, it probably came as little surprise that my search for a first car went in a slightly unconventional direction.

I have always been a big petrolhead, and despite the limitations of my post-graduation budget, I was intent on finding something with character. After going through the motions of looking at used Hondas and sensible things with electric locks, I turned my sights on a notoriously reliable childhood favourite. I had always liked the quirky transaxle Porsches, and with its affordability, relative spaciousness, and famed handling characteristics, the 944 seemed to fit the bill.

I had initially planned on finding a cheap winter-driven car that I could drive year-round, but the search in Ontario proved rather disappointing. As it was, however, that plan changed when my girlfriend came across a new posting for a car out in BC. It sounded too good to be true, but after three hours talking to and receiving photos from the seller that evening it seemed that I had found my car. Two days after the ad went up, I was on a surreal flight to Kelowna with my little sister Melanie and a bag full of film. 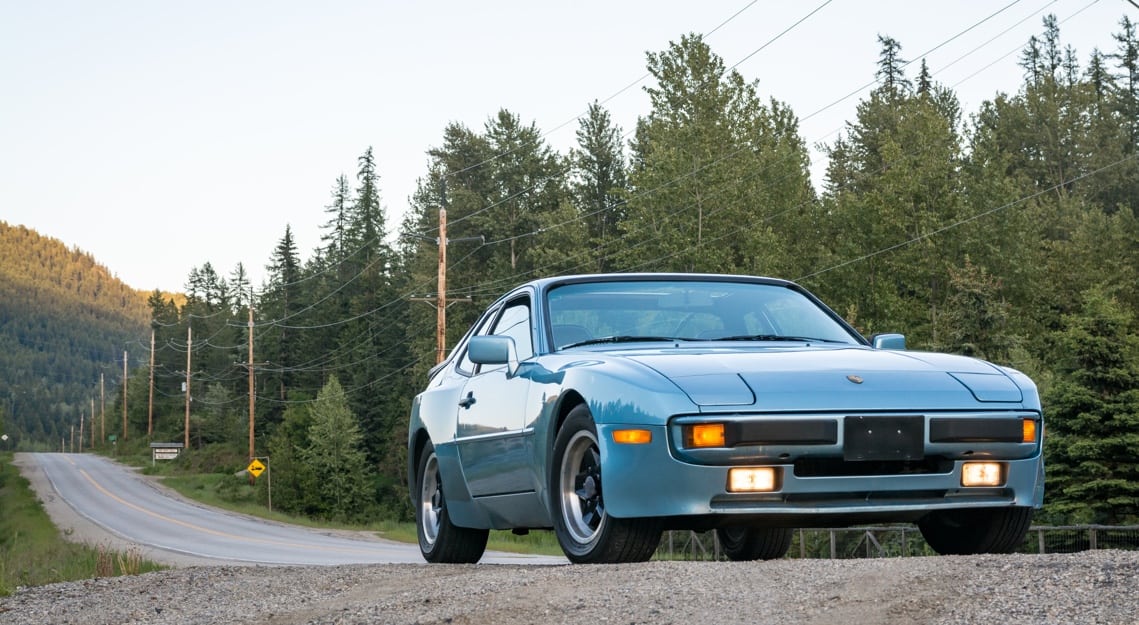 ‘Kenneth,’ as the car is now known, had spent the last 34 years on the west coast. Religiously maintained and finished in rare light blue metallic, this early example checked every box and more. Its mechanical solidity, manual steering rack and body-hugging sport seats hit my three main criteria, but this 944 went further. After viewing so many cars with spots of rust peaking around the edges (or erupting from the sills like prepubescent acne), I was astonished to receive photos of typical problem areas still wearing original, untarnished paint. Well-executed touch-ups such as a properly-molded dash cover protecting an almost crack-free dash corroborated the seller’s love and care for the car. With all this, details like the brown tweed interior and rare Carrera GT ‘Porsche’ doorcards simply completed the package.

On April 30th, I received the keys at the base of a road leading into some of Kelowna’s famed vineyards (and yes, I used my phone to register with PCA on the spot). From here, the logical way home would be the 4,000km route through the northern US. Instead, we set out for the coast and plotted an incredible 7,000km route across Canada. After a brief scare and makeshift fan repair in Vancouver, Mel and I set out on a roundabout adventure incorporating Vancouver Island, the Coquihalla to Jasper, the Icefields down to Banff (along which we nearly hit a goat trotting down the centre line), and whatever else seemed interesting along the way. The beauty of the western scenery was punctuated by impromptu detours as well as chance encounters with an Alfa GTV, a Bricklin SV-1, and an abundance of large bears! The summer heat, lack of A/C, and our commitment to sleeping in the car every other night may have conspired against our noses at times, but Mel and I enjoyed a marvelous journey with a great car, hilarious company, and awesome playlists.

Since traveling here from BC this spring, Kenneth has made trips to Ottawa, Montréal, Rochester, Windsor, Watkins Glen, northern Ontario, and probably a few more places that I’m forgetting. For such a spartan vehicle, the 944 has proven itself to be a brilliant road trip car – indeed, by the end of the year we had covered more than 25,000km without a hiccup. The removable top more than compensates for the lack of A/C, and the modest 2.5L engine still sips as little as 8.5L/100km on highway journeys. The rear hatch offers ample space for luggage, blankets, and interesting beers found along the way, while the little foam spoiler makes for an excellent roadside picnic table. And after hugging you through mountain curves, those comfy sport seats can lay almost flat, offering a cozy cocoon for nights between population centers (not that you should want to sleep much anyway, given that driving through the night means you get to do so with pop-up headlights). 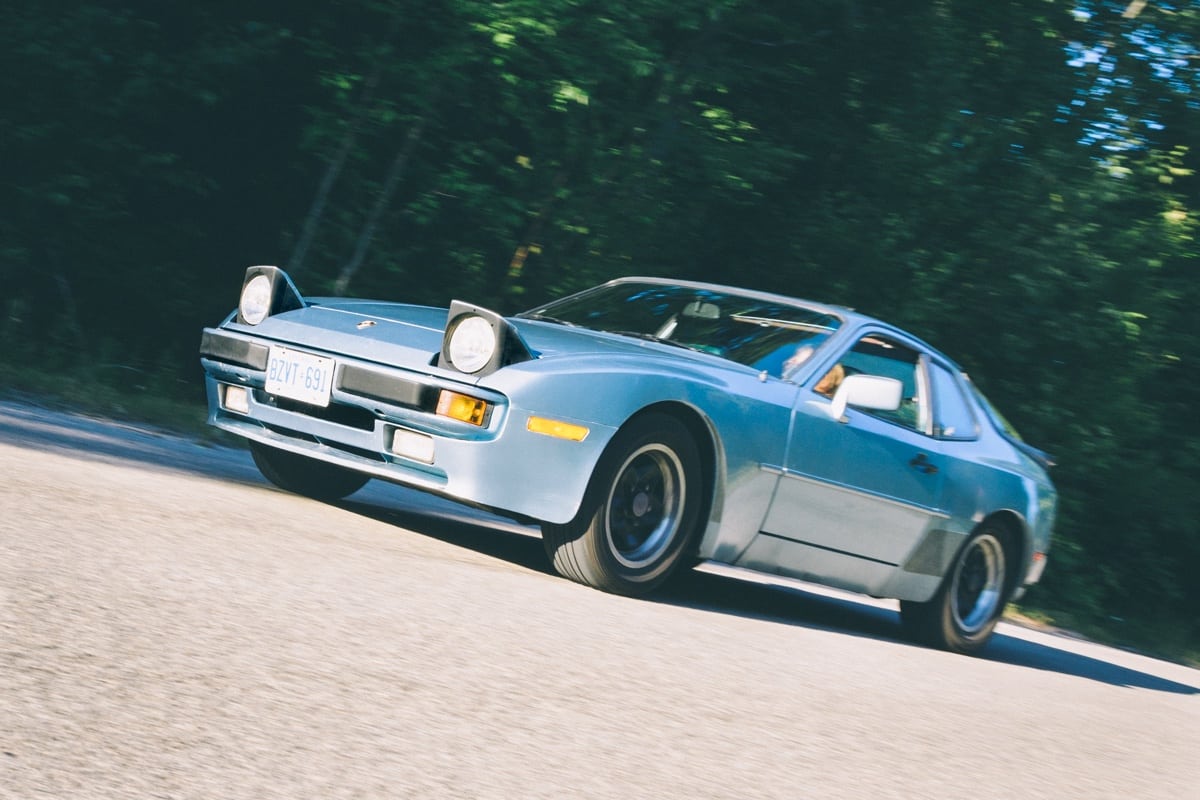 Since joining PCA I’ve had the pleasure of meeting enthusiasts from all walks of life. While I initially worried that a Porsche club might turn out to be a clique of rich people unlikely to give me the time of day, I have been welcomed with some of the most warm and helpful arms I’ve encountered. Already, I have had the privilege of a glowing job recommendation from Mike Bryan and invaluable mentorship from our editor Randy, while Roger Stopford’s growing transaxle special interest group has opened my eyes to just how many fellow dorks there are among UCR’s ranks. 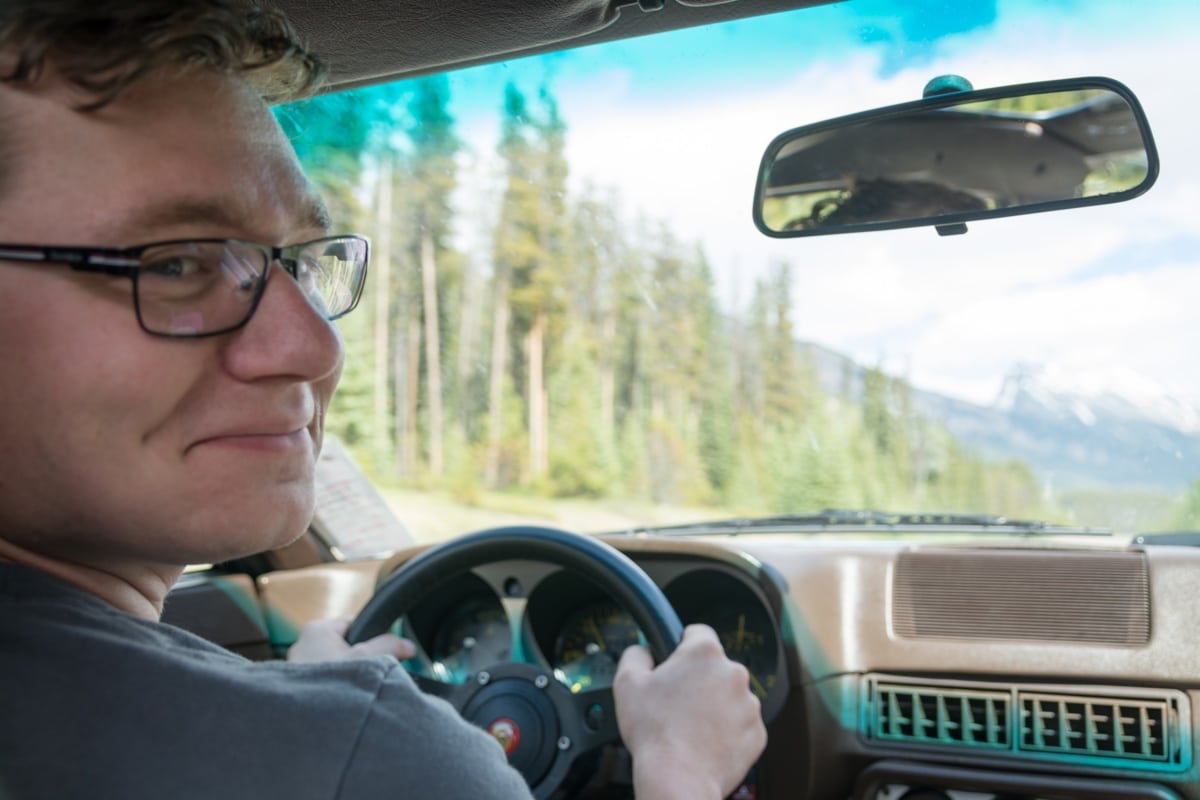 Just as I began drafting this piece, I even received a day-making email from Carl Wehniainen congratulating me on my new position as advertising manager for Provinz. I am enormously grateful to these and so many other members for their encouragement and generosity.

Although my girlfriend still laughs at me for being so affectionate toward my car, at least now I can prove that I’m not alone. I look forward to seeing you all in these pages as a writer and photographer over the coming months, and on the road come spring. Until then, I can at least relive the pleasure of driving through images, adjectives, and sitting in my parked car like a big dork. But hey, surely I can’t be the only one who does that, right? 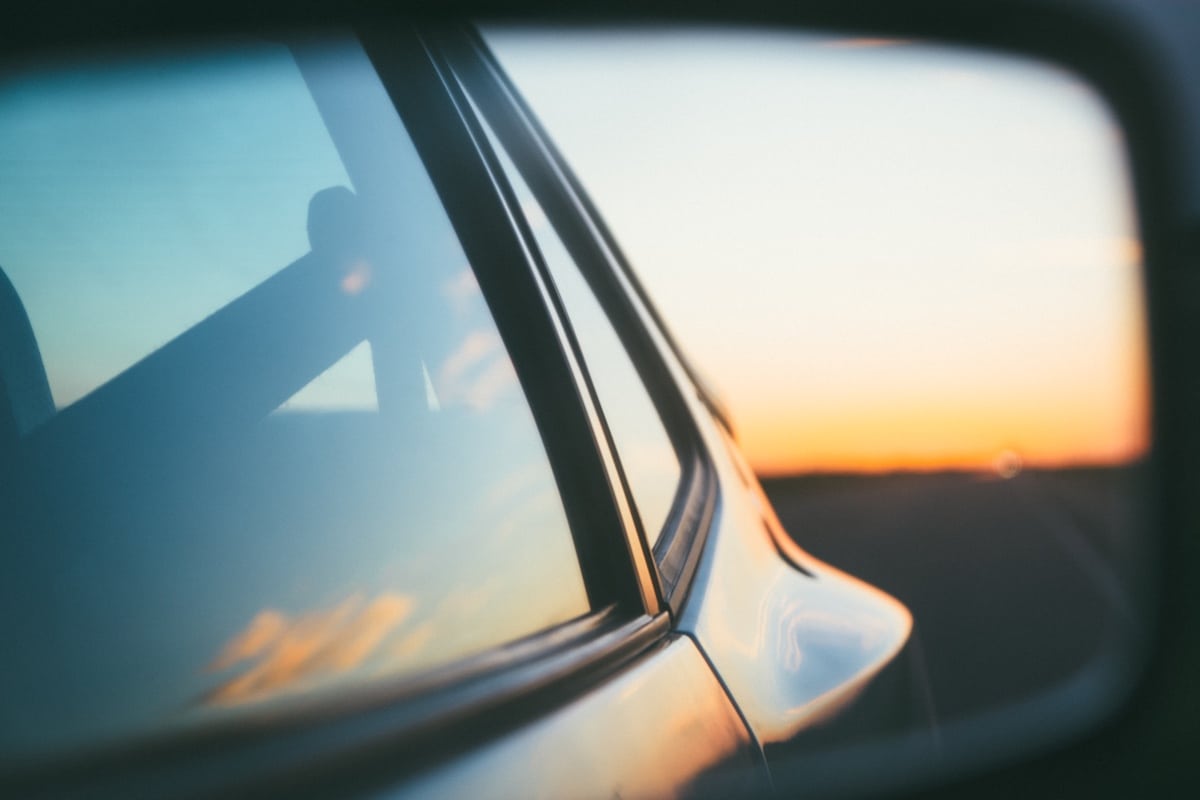 Previous articleHORST PETERMANN
Next articleTHANK YOU UCR: Words from Michael A. Coates