Home »Provinz»Provinz: Every Old Porsche has a Story

EVERY OLD PORSCHE HAS A STORY 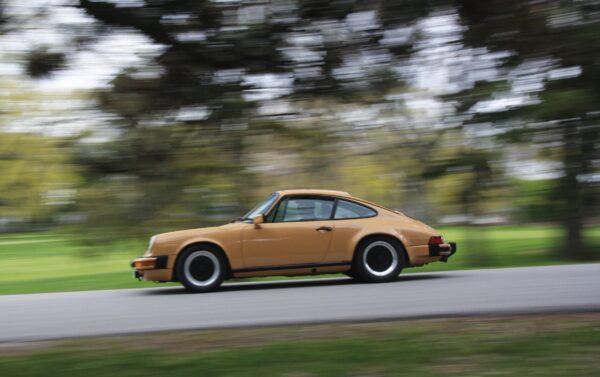 First, though, consider my contention that anyone with an eye for older Porsches will feast on the details as will anyone with an interest in older cars in general, I’ve come to think.

Park anywhere at all: the supermarket, the movies, Chapters. A passerby will pause, look again, and amble over. “Nice car! What year is it?” The ensuing conversation will continue as long as the Porsche pilot cares to answer questions, share memories.

It’s pure delight. As well, it’s obligatory. For the rewards of ownership, the feel of the steering (especially pre-1985 before power assist), for the symphony of an air-cooled flat six, for the catapult propulsion you feel in your gut beyond 4,000 rpm, the richly-blessed driver of an older 911 really needs to share his or her car’s place within Porsche’s unique success in automotive history.

I’ve taken to leaving a printout under the windshield wiper whenever I park mine in a place where conversation might normally occur… not in places like the press parking area at Canadian Tire Motorsport Park, but definitely in the Field of Dreams at the Vintage Grand Prix at CTMP.

Here’s the story as I’ve told it, word for word. My hope is that you, too, consider explaining your car’s place in Porsche history:

“More than 328,000 km on the odometer serves as testi­mony to the pleasure this car has afforded all three owners.

“The colour is Cashmere Beige. Wester Porsche/Audi ordered the brightest hue in the factory palate, compli­mented by the optional full-leather interior in dark brown, to showcase the new SC series.

“Excellence Auto Body of Rexdale, ON refinished the car to a high standard in 2007. Disassembly prior to painting showed the car to be completely rust-free, a positive conse­quence of its years in Salinas’s dry climate.

“With all of the usual upgrades and scrupulous main­tenance, this 911 SC drives like new after 40 years on the road.

Elvis Presley died within days of this car coming off the Zuffenhausen assembly line.

“Dodge Omni was named 1978 Car of the Year by Motor Trend magazine. It was a copy of Volkswagen’s Golf/Rabbit and actually was powered by a Golf engine. Also in 1978, Volkswagen began manufacturing the Rabbit in Pennsyl­vania.

“Porsche introduced the front-engined 928 as a 1978 model. Company chairman Ernst Fuhrmann was con­vinced customers would favor the 928 over the 911 and SC sales would diminish to the point the 911 would go out of production. Wrong.

“Music: The Bee Gees’ songs from Saturday Night Fever topped the charts (How Deep is Your Love?) from 1977 into 1978. John Travolta’s dancing and acting in the film made him mega.

“Sports: Darryl Sittler led the Toronto Maple Leafs with 117 points in 1977-78. The Leafs made the semi-finals, losing to the Montreal Canadiens who went on to win the Stanley Cup.

And that’s it. I’ve limited my car’s account to two pages hoping this amount of context will prompt some to dig deeper into Porsche lore, perhaps inspire an occasional reader to explore the market for a 911 of their own. 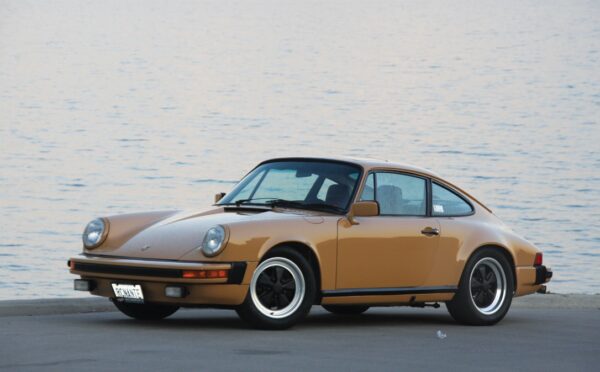 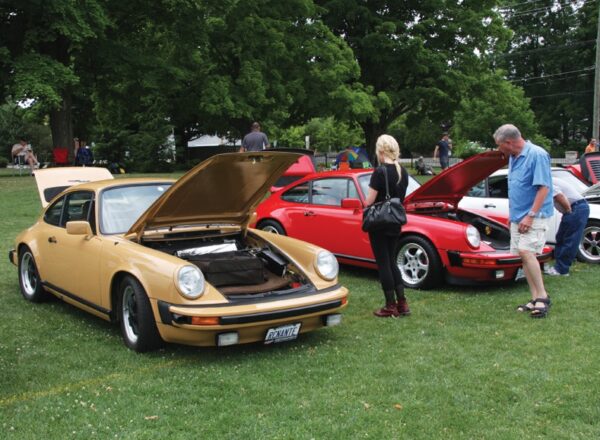 Intentionally, I’ve stayed away from the personal, not got into buying the car on eBay, not recounting the won­derful adventures while driving it home from Monterey, CA. Not explaining the personal plate, RCNANTE (Don Quixote’s horse, Rocinante). That story is more my own than the car’s. Its place in Porsche history, I figure, is all that really matters.