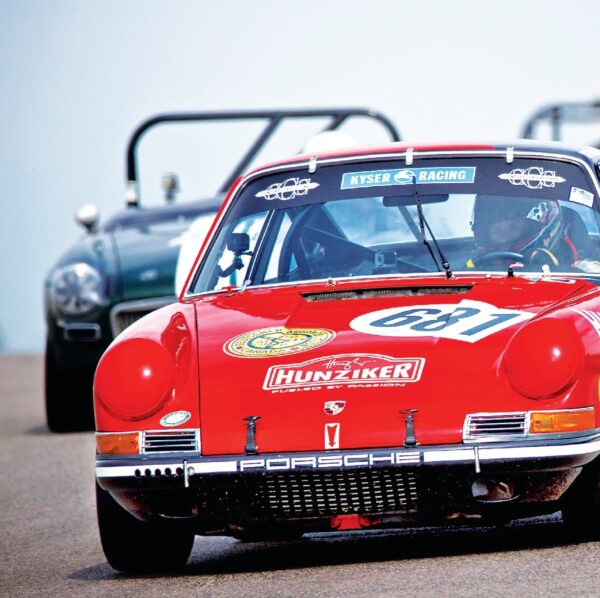 UCR’s Vintage racers just might be having the most fun!
Story by Kye Wankum, UCR Member Photos by Eshel Zweig

The 2018 driving – and racing – season is upon us. Have you been feeling the itch? Does every ray of sunshine or whisp of warm breeze get you excited in anticipation of the new driving season? Then you have the bug just as bad as me. I’ve been around UCR for 30 years this year and have experienced Porsche ownership from many angles: as a driver, a PCA DE participant, a racer, and as a restorer and collector. It is the racing thing that I just don’t seem to be able let go of and that is maybe my greatest passion. I have to say that it was my UCR membership that opened things up to so many possibilities for me, from the DE Program leading to vintage and pro racing, to volunteering for many years in different areas like this newsletter and the UCR Concours, and making some great friends over the years, all like-minded, yet all very different in their own ways.

I imagine it is the UCR DE Programme that led so many other local Porsche racers down that same path as mine. I run into them all over, in the Regionals and GT Groups, at Semi- and Pro Races, and at Vintage Races from Mosport to Mt. Tremblant to Shannonville, Calabogie and beyond. UCR, in fact, has quite a racing heritage through its membership. Maybe it’s time for an article on that next… 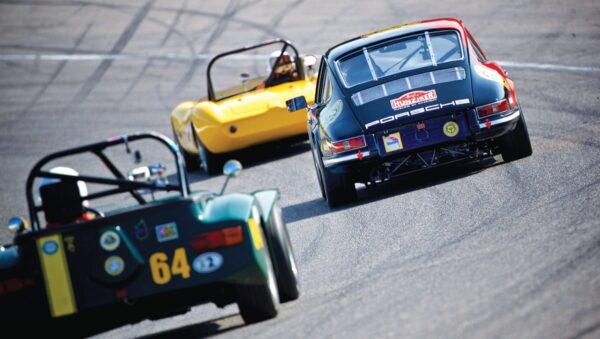 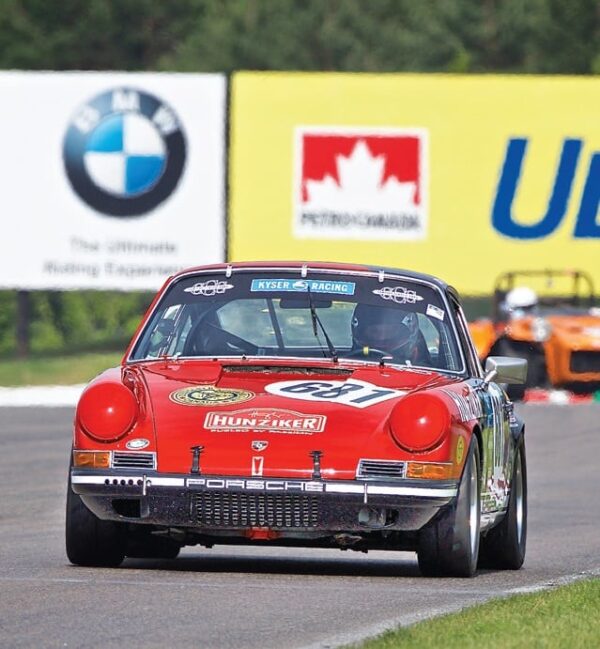 For 2017, I decided to take in the entire VARAC (Vintage Automobile Racing Association of Canada) schedule, as that would allow me to stay close to home for short race weekends, versus the longer weekends and far away places I would have to travel to on the SVRA schedule I used to complete all over the eastern seaboard. It made sense then, to try and win the annual VARAC Driver Challenge. I didn’t actually know how that was structured, in terms of there being an overall club champion, plus one champion for each of the Vintage/Historic and Classic groups but I figured I might as well set myself a goal and a challenge to make things more interesting by going for top spot. The Vintage Historic group includes all race cars up until 1973 and prepared in-period with no mods allowed that are not of the day. The Classic Group consists of 70+ and 90+ fields, those numbers signifying their model years. Competing cars in this too are to be prepared to reflect period specs, while the car owner gets to choose the particular iteration he wants to run in, by forward or back-dating his car. The Classic Group is where we find most of the Porsches running today, as values, parts availability and costs have become somewhat prohibitive for vintage Porsches to be raced. Understandably, not many are willing to risk wrecking a half-million dollar 356-Speedster on the race track in amateur racing. It’s not just the money either, it’s the fact that these cars are really simply irreplaceable.

Having won the overall SVRA Enduro championship in the past, after a few years trying, I knew that rule number one is to start and finish every event right from the start of the season, and make every event count fully. One never knows what unforeseen issues – mechanical or otherwise – might present themselves down the road and, despite only five out of the seven events counting toward the final points standing for this championship, I knew I should drive my heart out right from the get-go.

Weather was to be a big factor last year and, subsequently, so were tires. I started the season on Toyo Proxes R888 DOT-rated competition tires that I had been running for a couple of seasons and which I really liked, but then switched to the new Toyo Proxes R888R at the second event of the year and, WOW, what a fantastic tire that is! More on this in the side bar.

I got full points for both races at the first event in May with BEMC at Mosport but that was largely due to there not being that much competition out yet; as eager as they may be on the track, racers tend to be slow to get their act together at the start of the year. That weekend we had a hailstorm come through, while it was cold and miserable the entire time.

I do not mind the rain so, while others fall off the road or give up, I just keep on going. This helped me to drastically improve my starting positions several times throughout the year and helped me at this event as well. I also always make use of the test days ahead of the events; they are usually a relatively good deal with lots of track time, and they help me make sure the car is everything it can be, plus it gives me much needed seat time to get in the groove.

At Mt. Tremblant, I was rusty, as I hadn’t been there in 12 years. I managed a third in class in the Saturday race and then got first place on Sunday after getting somewhat re-familiarized with the nuances of the track and putting on the aforementioned Toyo Proxes R888R tires. I noticed how great they were for the tight turns immediately; the fronts felt like they really dug in and churned up the pavement on turn-in.

What a beautiful place! And I mean the old village and, of course, the reconstructed racetrack to European standards. I took my first racing school here back in May of 1990, along with a number of other UCR members and wanted to stay in the old village to relive those times, finding just the right renovated 12-room inn to fit the bill. The people, on and off track, were just great and I made a couple of new friends here as well.

The Canadian Historic Grand Prix at Mosport was awesome in so many ways and bad weather helped me move up on the starting grid from 20th to sixth position overall on Saturday in a very wet qualifier. Once again, I got full points for both races, Saturday and Sunday. You owe it to yourself to come out for this annual event, held every Father’s Day weekend in June. Last year we had the Masters Formula 1 Group put on their show with upward of 20 historic and significant Formula 1 cars from around the globe competing, before they moved on to Montreal for the Grand Prix there. 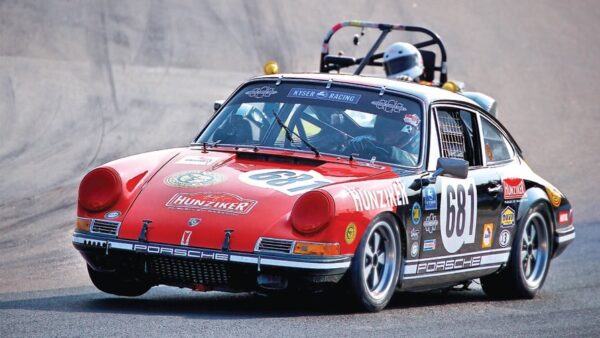 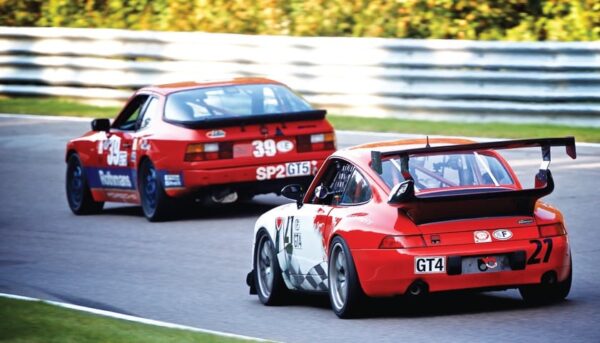 You’ll find quite a few UCR Members running at the VARAC events. Here Ted Michalos follows Dave Osborne as they hi-tail it up the Mario Andretti straight.

The glorious sights and sounds! Nothing beats small wings and BIG tires! This year, the paddock will once again be full of different car enthusiasts’ groups coming in to display their marques, while the entry list of competitors already topped 300 in January (!).

This is the place to go with the family to get up close and real with the cars and the drivers and crew members in a very relaxed atmosphere.

All in all, it was a pretty good start to what was becoming an interesting and very satisfying season. Tune in next month for the story on the last half of my 2017 VARAC adventures!

Previous articleProvinz: Valentines Day With My Two Loves
Next articleDriven2Smile 2018