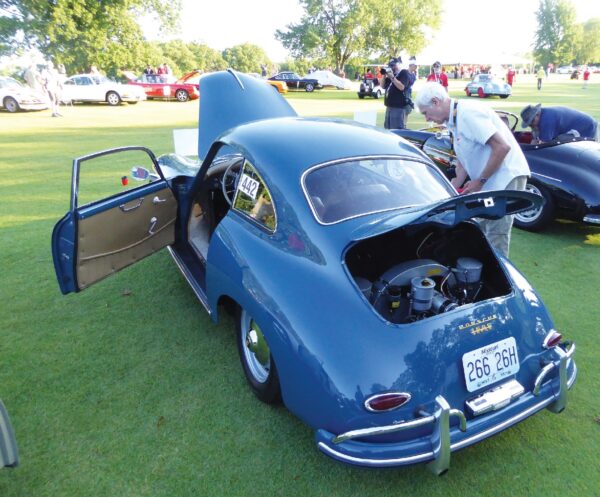 Parade photos and Video by the FlightSquad Media Team led by Ryan Tam.

UCR wins big! Three reviews on this year’s event in Lake of the Ozarks, Missouri

Just back from the 3600 km Parade return trip we would like to share some of our experiences and impressions.

Another blast Parade, my 32nd and Susan’s 27th. The Lake of the Ozarks resort hotel Tan Tar A was good, supported by the sufficient number of golf carts to help with the hilly terrain and distances. It was hot and humid. The Porsche family was represented by senior people from Zuffenhausen and Atlanta.

Monday Concourse on the golf course had a great show­ing of 70 years of models from early to current. I judged the Panamera, Cayenne and Macan classes and our Club Coupe, displayed in the historic section, placed third.

Tuesday TSD Rally and Thursday Autocross did not add to our trophy haul, how­ever, we collected UCR’s along with other UCR members present, for the absolute Member­ship growth on Friday.

Our working as judge and in hospitality during the week al­lowed us to participate in the volunteer party on Saturday, followed by the Parade of Porsches through the surrounding countryside and towns to the amusement of flag waving locals.

This year’s evening presentations were short and to the point that allowed for socializing with friends afterwards. 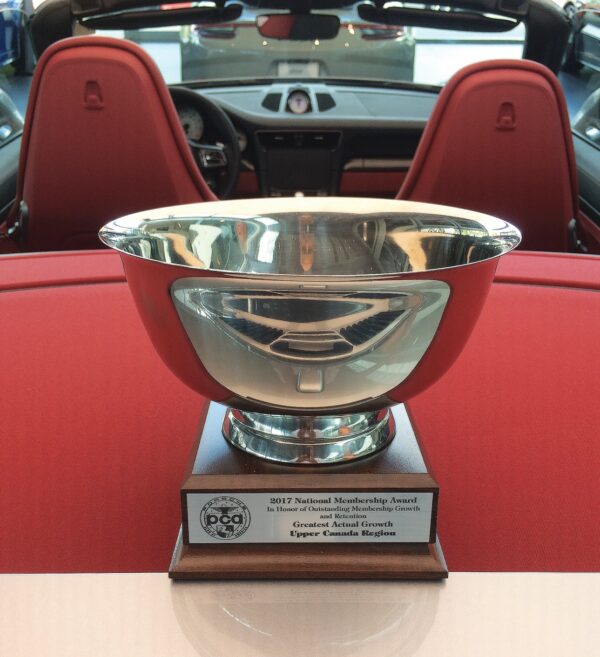 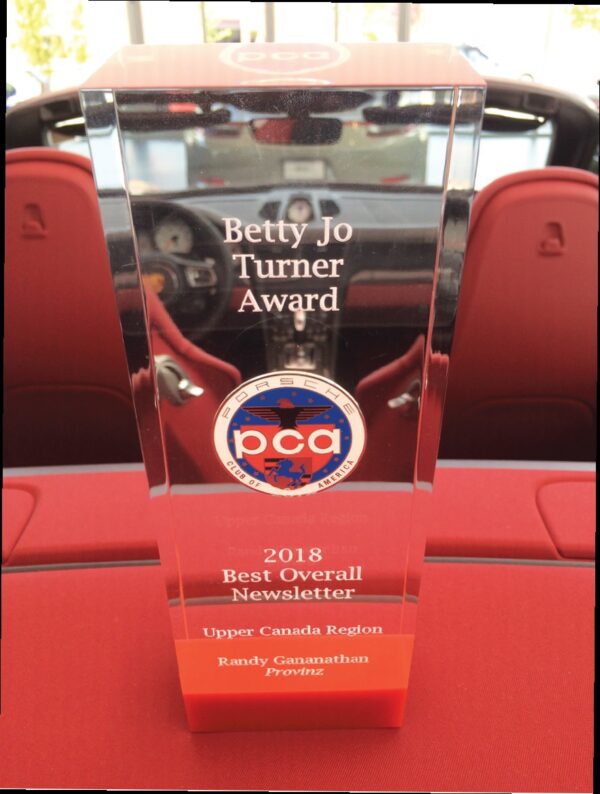 Venues for upcoming Parades are in hot spots as well: Boca Raton in southeastern Florida in July 2019 and Palm Springs, California in 2020. See you there!

Porsche Parade once again offered an opportunity to visit and explore part of America that we didn’t know well. This was our fourth Parade, so we’re getting to know the ropes and how to make the most of our time in a new place. We had a great time attending the banquets, the Concours, visiting the Missouri State Penitentiary and cruising on the Branson Belle.

With about 50 members registered from Zone 1 for Parade, I decided to start the week off with a Zone 1 Party on the deck of the restaurant overlooking the lake. This gave Zone 1 members and National staff the chance to renew friendships, start new ones and be able to recognize their fellow Zone 1 members at events or around the resort during the week.

Another Parade that leaves Pam and I with great memories and looking forward to the next one. 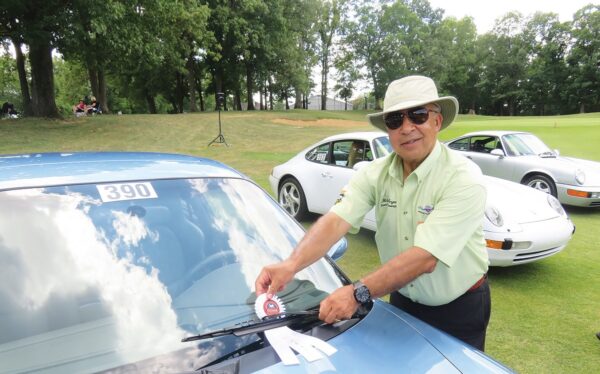 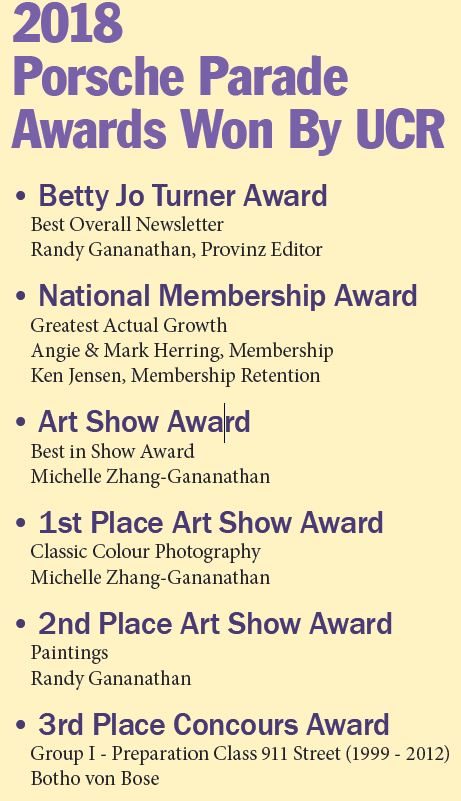 Our trip to Lake-of-the Ozarks went through Michigan, Illinois and Indiana to Missouri. Our first driving trip to the midwest and so we took advantage of the byways as much as we could and drove at a slower pace with an over­night stop in Decatur/Forsyth, Illinois that put us in Osage Beach at Tan Tar A Resort mid-afternoon on Saturday, July 7th. The lobby was overflowing with everyone arriving and many waiting for rooms to be ready. Fortunately, ours was ready and we lucked out with unit by the lake where we had front row seats to the opening night’s fireworks display.

With over 1000 entrants plus co-entrants almost doubling that number, PCA took over the venue and the everyone at the resort went out of their way to be helpful and serve everyone as best as they could. A Parade tradi­tion at the opening banquet is to get all the new first timers to stand and then everyone welcomes them in a standing ovation. Holding everyone standing, Mark Shevitz, Master of Ceremonies calls out for the first timers to sit, then the second, third, etc., you get the drift until we go in to decades of attendance, some with uninterrupted records to every Parade. This year, the top number was 58. That’s how many times a PCA member has attended Parade! Mark and Kelly Sheviz are from Missouri and Mark began his MC career 35-years ago at Parade at the same venue – Tan Tar A Resort in 1983.

We volunteered, we judged, we submitted entries to the art show and won Best in Show Award, 1st Place for Colour Photography and 2nd Place for Paintings. All totally unex­pected winnings, but they gave us the opportunity to make many new friends from all across the continent. 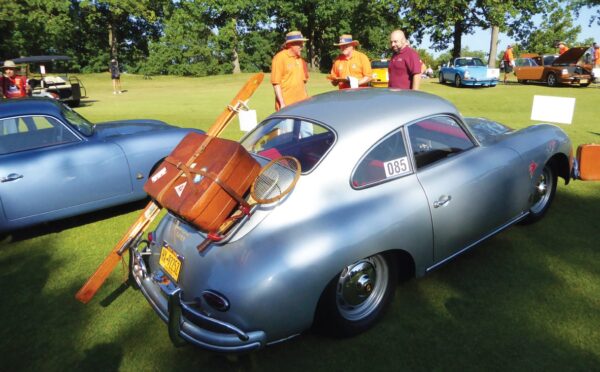 Everyone has promised to be in Boca next year as we will be hosts, or the locals, because we are members of Gold Coast Region and our second home is in nearby West Palm Beach.

We learned all about making moonshine during our tour of nearby Ozarks Distillery where its jovial owner kept us entertained and told us stories of how he began brewing and distilling at a very early age in high school and how he crafted his passion into becoming his trade. It is a small family run distillery that makes really good products that impressed everyone on the tour.

Next day, we took the long tour of an entire day where our driving event ended at Stone Hill Winery, established by German immigrants in 1847. It became the second largest in the US, winning gold in many world’s fairs before prohibition ended the business of shipping 1.25 million gallons of wine! Everyone enjoyed the labyrinth of arched underground cellars, the secret of the property and largest series of connected cellars in North America. These cellars were sidelined into mushroom harvesting until the current owners bought the place in 1965 and began making wine again. Norton, Missouri’s official state grape is full bodied and produces a completely different type of wine than what we enjoy in Canadian, European and South American wines. Lunch, traditional German fare, was served in a converted horse barn! Hermann, Missouri, where this winery is hidden is supposed to make the best sausages, and Swiss Meat & Sausage Co., built on the uplands south of Hermann, didn’t disappoint in that delicacy.

Choosing to ride back on our own through rural by­ways with no traffic in front or behind us, we followed the river back through Jefferson City in time for the evening’s events.

On the one day with no evening events, we made a BBQ on our patio grill with UCR friends Rob and Deb Pogue, talking late into the night, enjoying the cool eve­ning weather, lakeside gourmet food made by ourselves and good wine savour.

Our drive back home to Toronto was via Indiana, Ohio, Pennsylvania and New York states. 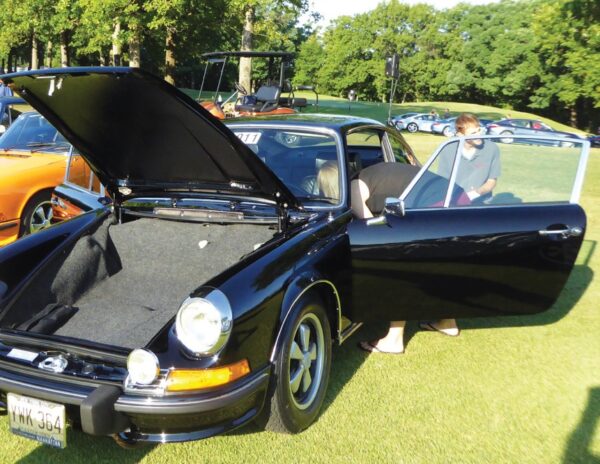 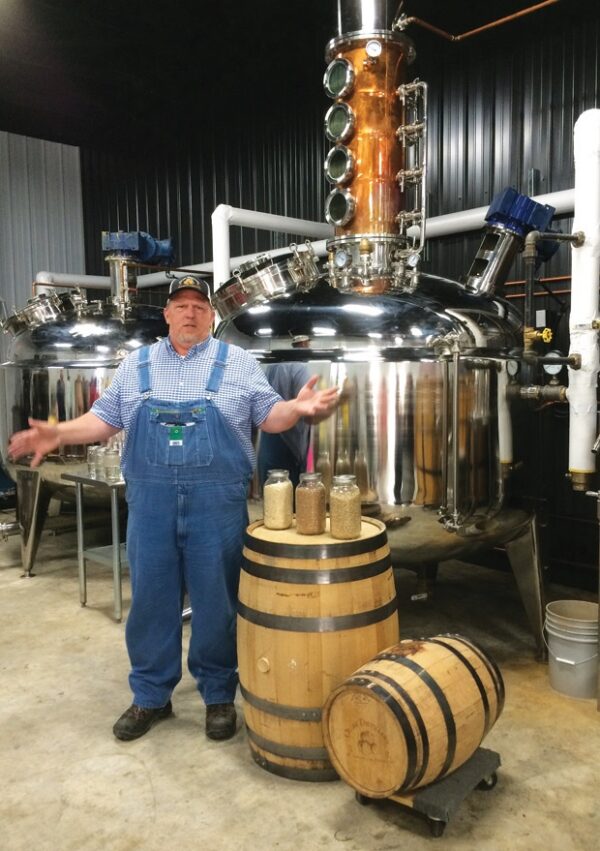 A slightly lon­ger route, but well worth avoiding many construction points on the eastbound lanes of interstates and even the 401 from Windsor to London. We took the southern I-90 route back.

We would like to extend a warm welcome to all UCR members to come down to Florida for Parade 2019. The venue – Waldorf Astoria’s Boca Raton Resort is a fabulous site for Porsches! Check it out and make plans. Parade regis­tration opens in the Spring! Here is the link to the property: http://waldorfastoria3.hilton.com/en/hotels/florida/boca-raton-resort-and-club-a-waldorf-astoria-resort 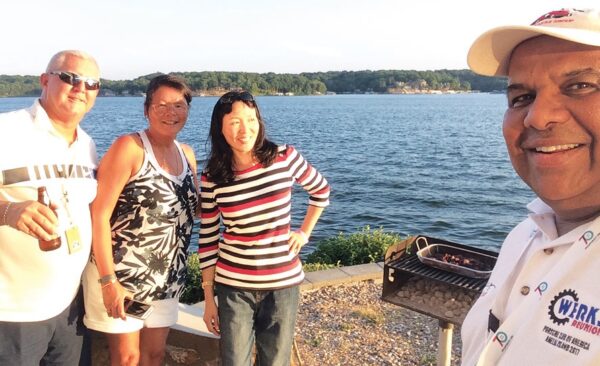