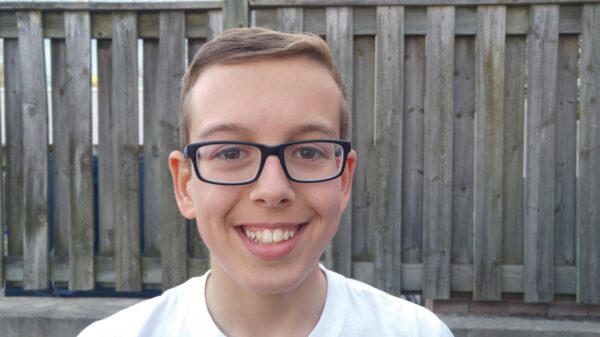 The Muskoka Driving Tour kicks off the season!

After a very long winter hibernation, my dad and I joined the PCA Upper Canada Region for the Spring into Action Muskoka Driving Tour on Sunday, May 6th. I wasn’t in the mood to ‘spring into action’ when my dad woke me up before 7 a.m. on that Sunday, but once we began heading north on highway 400, the anticipa­tion of the day ahead and the sound of the flat six engine ensured that I was fully awake.

The weather forecast for Sunday morning looked mixed and it had snowed just a week before, so we did not know how the day would play out. After encountering a few light showers in North Toronto, the sun and blue skies made their appearance as soon as we passed Wonderland. From then on, Highway 400 was empty and the rest of the drive to Muskoka was beautiful.

We arrived in Orillia for 9am sharp as the detailed instructions told us. There were already 15 cars waiting in the parking lot while others were driving up and down the street to do coffee runs to McDonald’s or Tim Horton’s. The morning was off to a beautiful start despite the forecast. Spring and the sounds of flat six engines were in the air!

The mix of cars at our meeting spot was impressive. We saw everything from Macans to various Boxsters, Caymans and a full range of 911s ranging from air cooled 993’s to a 991 GT3. An older 944 was with us, as well as a beautiful ex­ample of a 928. Once all cars arrived, Peter and Stefan went through all of the usual pre-drive process, which included signing waivers, distributing route maps and briefing every­one on car groupings and safety procedures. Finally, before starting the first leg of our drive, a prize was awarded for the cleanest, shiniest, most loved car!

All the cars were divided into three run-groups with a lead car dedicated to each. Our first leg was a 65 km stretch of windy roads that passed by Lake Couchiching, Casino Rama, through Severn Bridge, Coopers Falls, Housey’s Rap­ids to Gravenhurst. The highlight was a beautiful stretch of windy road running along a river. Eventually, our group of Porsches caught the attention of the local OPP; not for do­ing anything illegal, but simply because the local officer had nothing better to do on a Sunday morning. One of the par­ticipants received a warning for ‘driving on the wrong side of the road’ (i.e. touching the dividing line in the middle of the road). I think that the officer just wanted to make sure we were driving responsibly and probably just wanted to get a closer look at the cars..

The three run groups reunited in Gravenhurst for a short break and then headed off to Crossroads Restaurant, via the western shore of Lake Muskoka, Bracebridge, Santa’s Vil­lage, Port Carling, Port Sandfield, arriving in Rosseau with approximately 150 km on our trip odometers. It seems like we stop at the Crossroads Restaurant every year that we do a drive in Muskoka and there is a good reason for that. As always, Crossroads served up a fantastic outdoor barbecue lunch for the group and the views and atmosphere were great. After enjoying the great meal made up of salmon, steak, chicken, salads, roasted vegetables and sweet desserts, we drove a few hundred metres to the Muskoka Lakes Marine lakeside park for a group photo. For the last leg of the scenic trip, we drove down the eastern shores of Lake Rosseau, back through Port Carling again, south along the western shores of Lake Muskoka through Bala and Hardy Lake Provincial Park to a brewery in Gravenhurst. The last leg was anything but a cool down, as we drove down wind­ing road after winding road and tried to keep up with GT3 Cup driver, Marco Cirone in front of us.

The end of our journey brought us to Sawdust City Brewing Co. in Gravenhurst where we got to socialize with our fellow drivers and reflect on the great 250 km that we shared together. At about 4 P.M. it was time to say good-bye and head home. 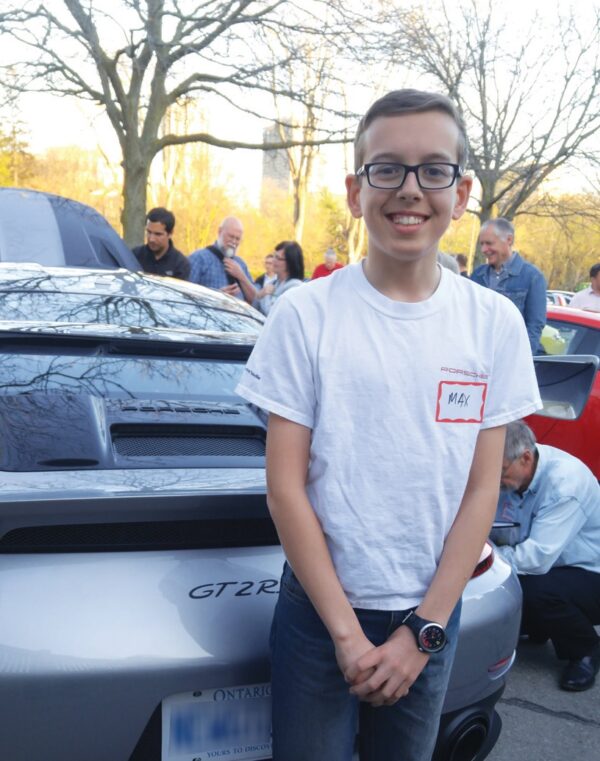 Peter and Stefan did a fantastic job of organizing the drive. The string of windy, scenic roads were exactly what we needed after a long winter break.

Spring has finally arrived and we can’t wait for the next driving tour!

Max Nowak (with a little help from his dad!)