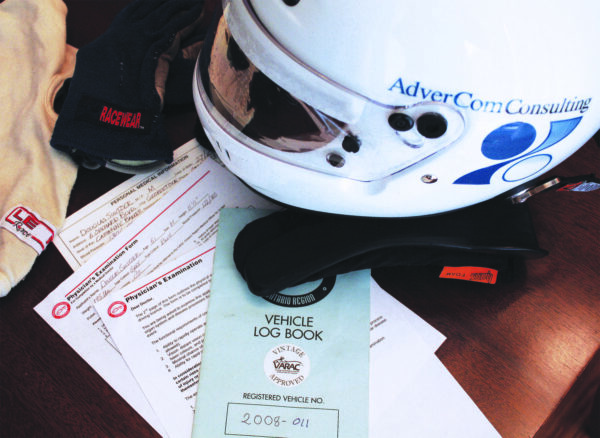 I love vintage racing my old Formula Vee car. Through the Vintage Automobile Racing Association of Canada (VARAC) we restore and race old cars on some of the most fabled racetracks in North America. To race these things, you need a recognized racing license and if you’re over sixty like me, you require an annual medical.

While undergoing my physical at my doctor’s, I mentioned an annoying minor congestion within my chest. No big deal, just a need to clear my chest from time to time. I’d smoked for some 35 years, but it’s been over 11 years since I quit for good. “Hmmm…I think we need a cat scan,” he said.

I had the scan and a day later was told I’d better come in and see my doctor. Unnerving to say the least. An “abnormality” had been found in my right upper lung. It was small and didn’t look like much, but cancer couldn’t be ruled out. I was gob-smacked. I’ve never had anything more serious than a cold. There’s some kind of mistake—this kind of thing just doesn’t happen to me.

My doctor assured me, it was indeed happening and something had to be done about it. Now. Thank heavens he was thinking straight.

The results of a PET scan and bone scan came, after an agonizing wait, and happily, no cancers were detected. Even the “lesion” on my lung wasn’t like a typical tumor. Although we still couldn’t rule cancer out, it appeared benign.

The next step was a biopsy, but seeing as the “widget” as I started calling it, was very small and localized, they proposed simply removing it through minimally invasive “laparoscopic” surgery and doing the biopsy while I was “on the table”. If benign, I’d be done and sent on my way. If not, they’d immediately proceed to the next level.

The sobering news was in that case they would remove the upper lobe of my right lung. This accounts for 40 percent of the lung’s capacity. My surgeon explained how the lung’s tissue is very elastic and the remainder of my lung would expand and fill the void, allowing a minimum loss of breath and lung capacity. There were no real alternatives and to do nothing could have dire consequences, so uneasily, I agreed.

A week later, I was in surgery and after what seemed like minutes, I was being asked to wake up and wiggle my toes. I spontaneously made racing-car engine-sounds and heel-and-toed a downshift sequence. I’d been under for more than four and a half hours.

Unfortunately the “widget” had tested malignant and they’d indeed removed the upper lobe from my right lung. I was disappointed to say the least, but I was also pretty doped up and in spite of this news, I felt surprisingly good.

This laparoscopic surgery is truly amazing. Not long ago, they would have cracked me open and I’d have been laid up for a couple of months. Now, I’d be going home within three or four days.

X-rays were taken each day until my release and all appeared good. In four short days, my exercises and breathing therapy had inflated the remaining portions of my lung to almost full pre-op capacity and things were healing well.

Three weeks later I learned the final pathology results. The “widget” was a stage 1 cancer of the least aggressive type and it was caught very early. There was no spread beyond the initial biopsy and there was no sign of cancer in the removed lobe.

I need no further radiation, chemo or other treatments and I am cured. I will however, have to go for regular check-ups with my oncology surgeon for the rest of my life.

If it weren’t for the racing medical, I may not have been so lucky. People say car racing is dangerous—but without it, I might have died. I cannot impress upon everyone the importance of regular physical exams, early detection and prompt treatment. I never dreamed I’d be talking about myself when I say: “Cancer can be beaten.”

My Annual P-Car Spring Fling: What’s not to love?