My GT3 had been thoroughly cleaned and was sitting in the garage awaiting the May 3rd Muskoka Fun Run, our first UCR driving event of the season. I had awoken at 4:00 am that Saturday, with eagerness reminiscent of childhood Christmas mornings. The cold rain didn’t curb my enthusiasm, and Hazel and I left the city around 7:30 am. One wrong driving instruction courtesy of my aging Garmin GPS found us advised to turn into a dirt road with a large “no exit” sign. A quick call to David Forbes, one of the hosts of the event, got us back on track and we soon arrived at the staging area at Walter and Sheila Murray’s property in Bracebridge.

We were too large a group to travel all together, so Walter, the other Fun Run host, divided us into four groups of about eight cars each, with different routes for each group to drive. All groups had two-way radios for the lead and tail cars to help ensure no driver would be left behind. Interestingly, there were no front engine Porsches in attendance—only Boxsters, Caymans and 911s.

Walter introduced the group leaders at the informative drivers’ briefing. The session turned out to be very wet and Walter cautioned the drivers about traction and the dangers of residual sand combined with rain. He also informed us the local OPP were aware of our fun run and urged us to set good examples of how to respect the roads and the local residents. 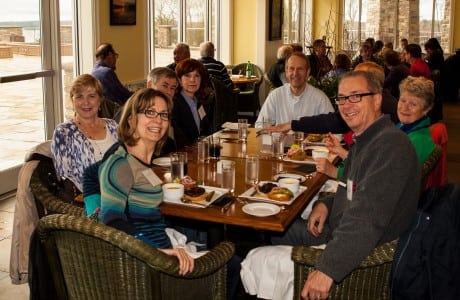 After a lovely 90-minute drive along some of the most picturesque roads around Lake Joseph and Lake Rosseau, our lunch at Rosseau, a JW Marriott Resort, featured five choices from a pre-arranged menu that was a flat $20 per person, plus taxes and tips. We were all seated in a beautiful room overlooking the lake and the sun even peeked out of the clouds during lunch. 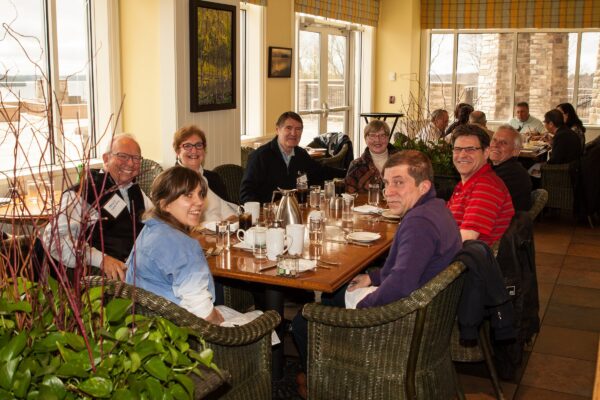 Most of the afternoon’s drive was in dry weather, meandering around Lake Muskoka and some of the smaller lakes to the east. Despite the drier conditions, some of the roads my group followed were much bumpier than those in the morning, mostly from frost heave. The winter was not kind to the Muskokas, and in some places there was still snow on the ground! 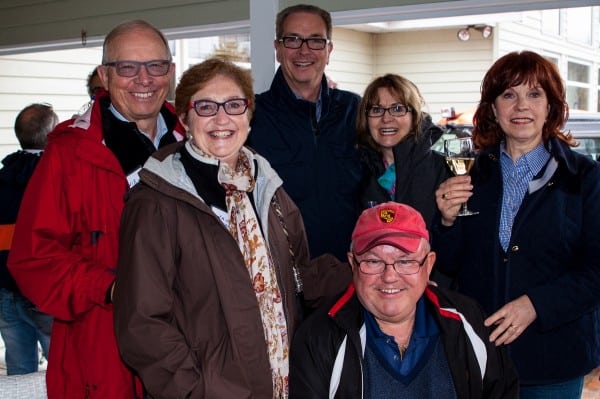 All four groups then made their way back to Walter and Sheila’s by around 3:30 pm in the rain again. Buoyed by a nice spread of beverages, cheeses and assorted munchies put together by Sheila Murray and Anne Forbes, the dull grey rain couldn’t dampen the spirits and camaraderie of the Fun Run participants. Many introductions were made and countless stories were told as the noise made by the group increased around our host’s kitchen and front porch. Upwards of 20 of the Fun Run participants then joined Walter, Sheila, Anne and David for dinner and more stories at Wabora, a local Bracebridge Japanese Teppanyaki and Sushi restaurant.

Previous articleRacing 17 Part 1: The slippery slope
Next articleTHE PORSCHE-PHILE – An interview with Auguste Lecourt of St Catharines, ON