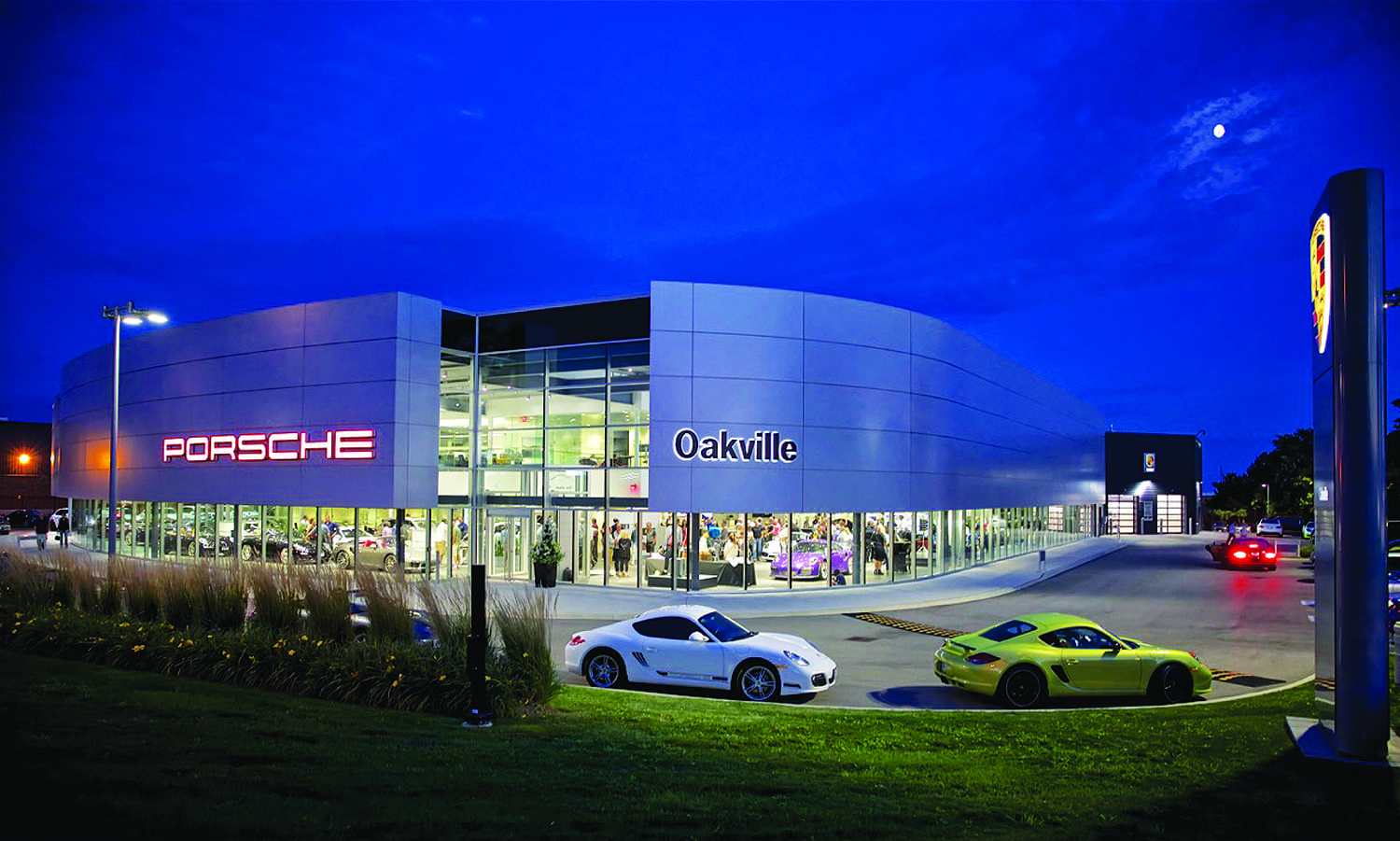 The weather was as warm as the welcome UCR members received from our hosts David Perruzza (Marketing Manager) and Francesco Policaro (General Manager) for the September 13th Social held at Porsche Centre Oakville (“PCO”). This annual soirée has become very popular and UCR volunteers were able to check-off at least 157 UCR members from our list of 172 who pre-registered through ClubRegistration. net.  I think the actual number of attendees was closer to 200!  Member registration and check-in was a challenge because there were at least three ways to enter the building and we only had enough volunteers to monitor one entrance.

David Perruzza had arranged a wonderful spread of food through a local caterer and UCR members devoured charcuterie, tuna, beef sliders, cheese and crackers and various passed appetizers until supplies ran low due to the high turnout.

Around 7:15 p.m. UCR president Mike Bryan formally welcomed everyone to the social and recapped the UCR events of the past month including the DE weekend at Canadian Tire Motorsports Park (CTMP), the PCA CanAm Challenge Club Race at CTMP and various Fun Runs and Tours.  Mike then introduced Nhu Nguyen, the newly-licensed tech at PCO who was one of the UCR scholarship recipients that were first presented to UCR members at a Social held earlier in 2016.  Mike then talked about how the club relies on volunteers to make things happen and announced that volunteers were needed for the roles of Treasurer, Socials and Fun Run chairs.

Next on the agenda was the PCO raffle where David Perruzza generously donated a PCO track day and various other prizes to attendees who had completed a short questionnaire on Brittany’s iPad.  Mike Bryan then recapped the UCR 40th Anniversary Picnic and presented a UCR Ap­preciation Award to Francesco Policaro for PCO’s friend­ship and support.  In accepting the award, Francesco said how pleased he was to enjoy such a good relationship with our club since breaking ground for the new dealership. He also spoke about PCO’s racing success with Allegra Motorsports in winning the 2016 Ultra 94 Porsche GT3 Cup Challenge Canada overall Team and Driver Champi­onships in the Platinum Class.

Mike then presented UCR pins to new members Sid Barnett, Tony Battista, Brian Cole, Andrew Banfi, Ken Duncan, Barton McLean, Richard Moore, Terry Missana and Frank Tsang. There may have been more new mem­bers or first time Social attendees present as there were 12 members who had registered for the event but were not identified on the attendee check-in list.  Please let me know at next month’s Oktoberfest Social at The Musket Restau­rant and we’ll present you with your UCR pin.

Thanks go to the Socials volunteers Randy Gananathan and Kathleen Wong at the event registration desk, Mario Marrello who looks after ClubRegistration.net and Kimberley Viney for their event management skills. 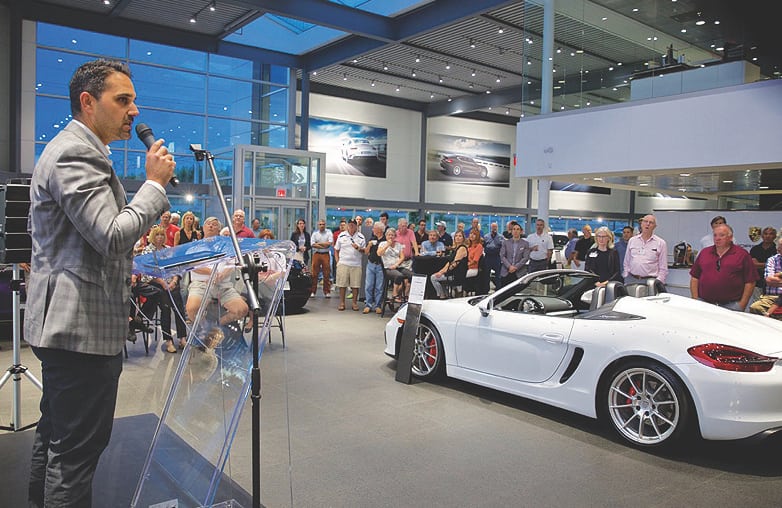 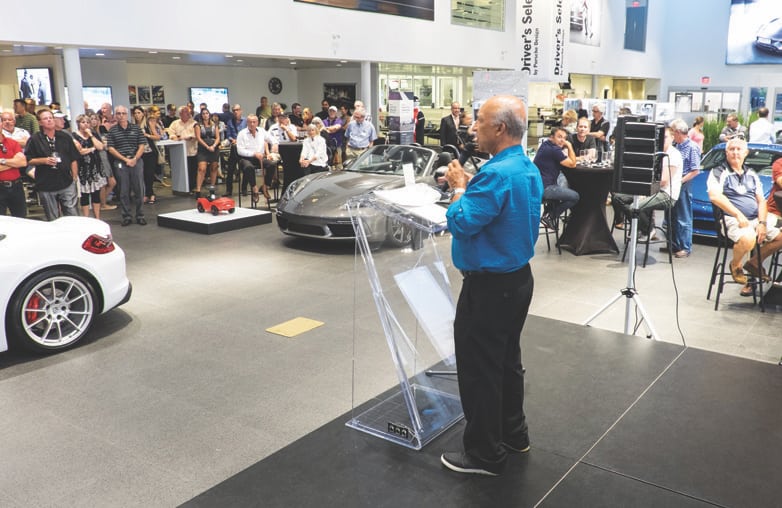