Fun Runs are all about beautiful weather, awesome cars, cool people, and great driving, so normally I’d write a Fun Run article about all of these things. However, since hosting a Fun Run was a first for me and my partner in crime, I’m going to write about our experience planning it instead. All I’ll say about the event is that a fantastic group of PCA UCR members showed up despite the threat of rain, had a great drive through the countryside, enjoyed a delicious lunch, bought some brownies, and ended the day with a wine tasting under a sunny blue sky. I can think of worse ways to spend a summer’s day in August!

Now I want to focus on what led up to this event. I’ve been a member of the Porsche Club for a few years and have been lucky to attend a number of Fun Runs organized by fantastic and dedicated Porsche Club volunteers like Hazel de Burgh and David Forbes. When Hazel put out a call for volunteers to organize more Fun Runs back in the dying days of winter, I immediately asked my good friend Tom Lussman if he’d like to co-host an event with me. He said yes, Hazel gave us a ton of advice, and we got down to work.

Tom and I picked the area where we wanted to do the run, made a short list of places for the lunch and final stops, and came up with a name for the event. With Hazel’s help, the Skyway Fun Run then got announced on the PCA site and filled up within two days! Hazel was certainly right about the demand! We still didn’t know which route we were going to drive, exactly where we were going to stop, or how much it was going to cost, but three months was enough time to sort out those minor de­tails. We were looking forward to the road ahead.

Getting the details right was a lot of fun and it was certainly a labour of love. Tom and I drove the route a number of times in the months before the event to get familiar with and refine the route, and we used a great online mapping tool, called “Plot-a-Route” which simplified the process of creating turn-by-turn printed directions. What a way to spend time together, enjoying our Porsches while exploring great country roads! We also sampled a few of the restau­rants in the Niagara area, which was a tough job for sure! The planning, pre-driving, and taste testing was completed a few weeks before the event and all the little details were planned with military precision.

Despite a few short bouts of rain, the day itself turned out to be a big hit. We received a lot of positive feed­back and quite a few enquiries about next year’s Fun Run. Overall, it was a very positive experience for Tom and I, and we’re looking forward to doing it all again next year!

If you’ve ever thought about running an event of your own, I strongly encourage you to reach out to me or Hazel or to any of the other hosts for 2015. Maybe you’d like to host an event with another mem­ber, to give you an excuse to get on the road together? I’m sure there are plenty of members who would be happy to help and you’ll have a great time throughout the whole process. If you choose to do it, you’ll gain a true appreciation for the work that goes into making these events happen, you’ll get more involved with the club, and you’ll get to meet a lot of very interest­ing people. What more can you ask for? Hosting a Fun Run is a lot of fun! 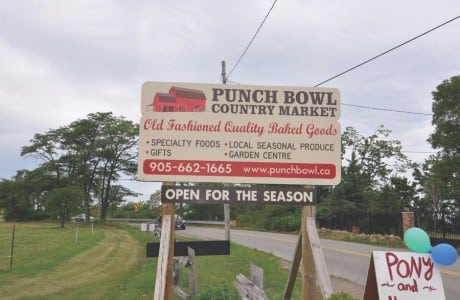