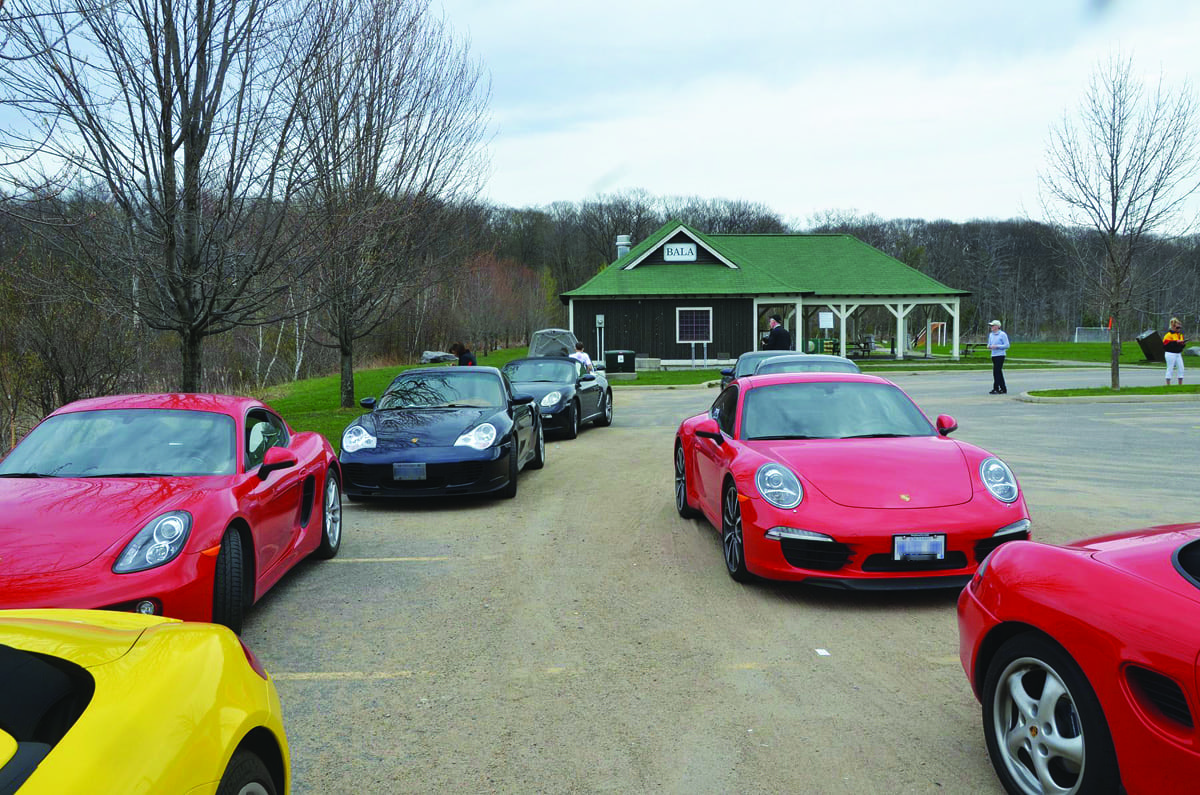 David and Anne Forbes have hosted both the Spring and Fall Muskoka Fun Runs for 7 years, as well as the annual Hearth Place Fun Run. So, after partici­pating in their events and becoming friends with them over many years, I asked if I could help. They were delighted to share.

I had so much fun with a friend when he took me on his Ferrari Club’s fun run, that when I got my first Porsche in 2001, I joined UCR right away. Since then, I’ve enjoyed many UCR Fun Runs, Rambles, Tours and Rallies. At times I helped a little here and there, but never stepped up to the role of co-host. So this was my chance, but at the same time a big challenge. After 7 years, I felt David and Anne had perfected the formula. How was I going to add to their long-standing, highly successful event? 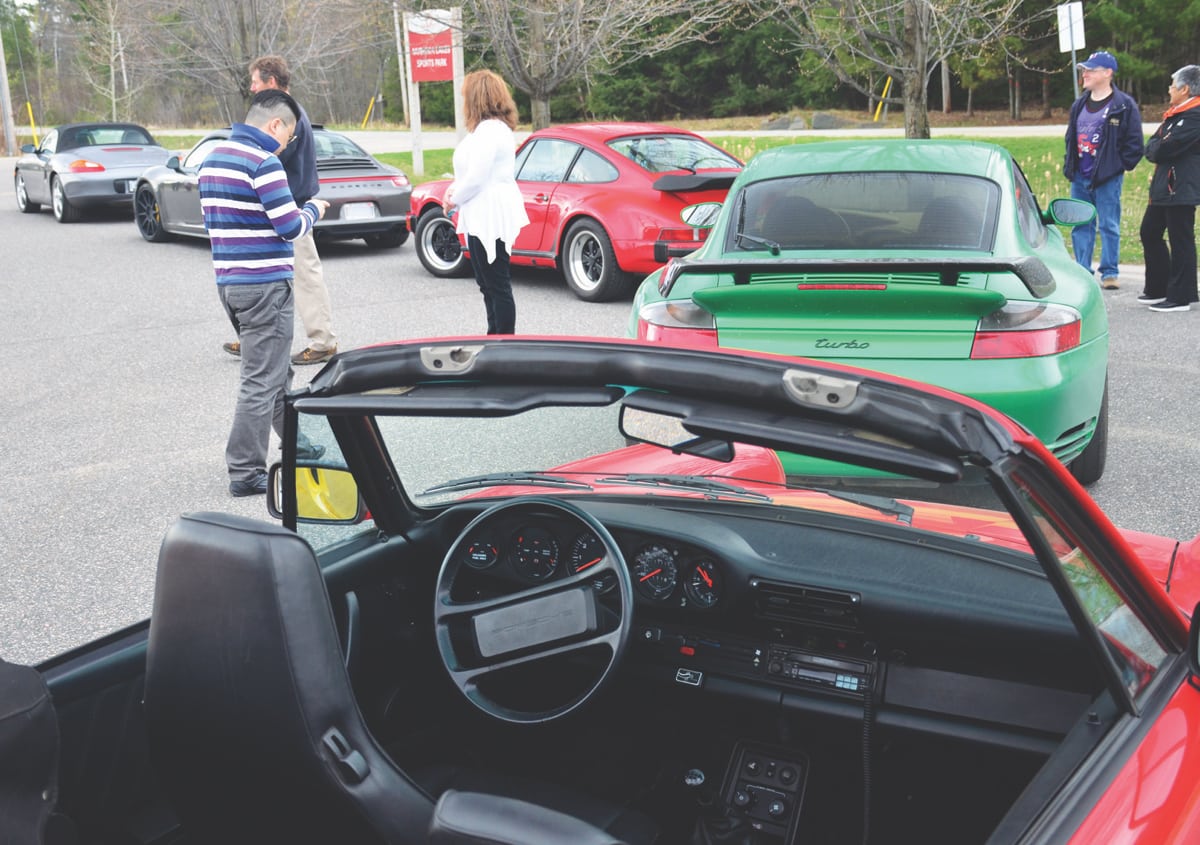 I love driving my Porsche, and I’ve driven some fabulous roads around Muskoka. I thought maybe I could incorpo­rate some of them into a modified version of David’s route. Planning began in the winter, pinpointing the places we wanted to hit: Gravenhurst, Port Carling, Rosseau, Brace­bridge, etc., then stitching them all together with some of the roads that I loved. I came up with a few potential routes for the morning and several others in the afternoon. David and I whittled down some of the options, and settled on a place for lunch – we were getting closer to a plan.

Before long, spring rolled around, and other administra­tive activities for the event kicked in. I must admit that these were not my favourite aspects – the “hard work” of planning the route was much more gratifying to me!. Al­though I still had my winter tires on, the snow had mostly melted. David, Anne, my wife and I could start some dry runs of the route. David and Anne lived in Bracebridge for many years, but they were amazed that they had never been on some of the roads I laid out. David kept stopping along the route to get out of his car to tell how much he loved the road. We found that some of the roads had experienced significant deterioration over the winter, others were in the process of being repaired, some had major bridgework ne­cessitating a detour, and some roads were more interesting to drive than others. After some serious discussions and consultations, we settled on a route for the morning and another for the afternoon. 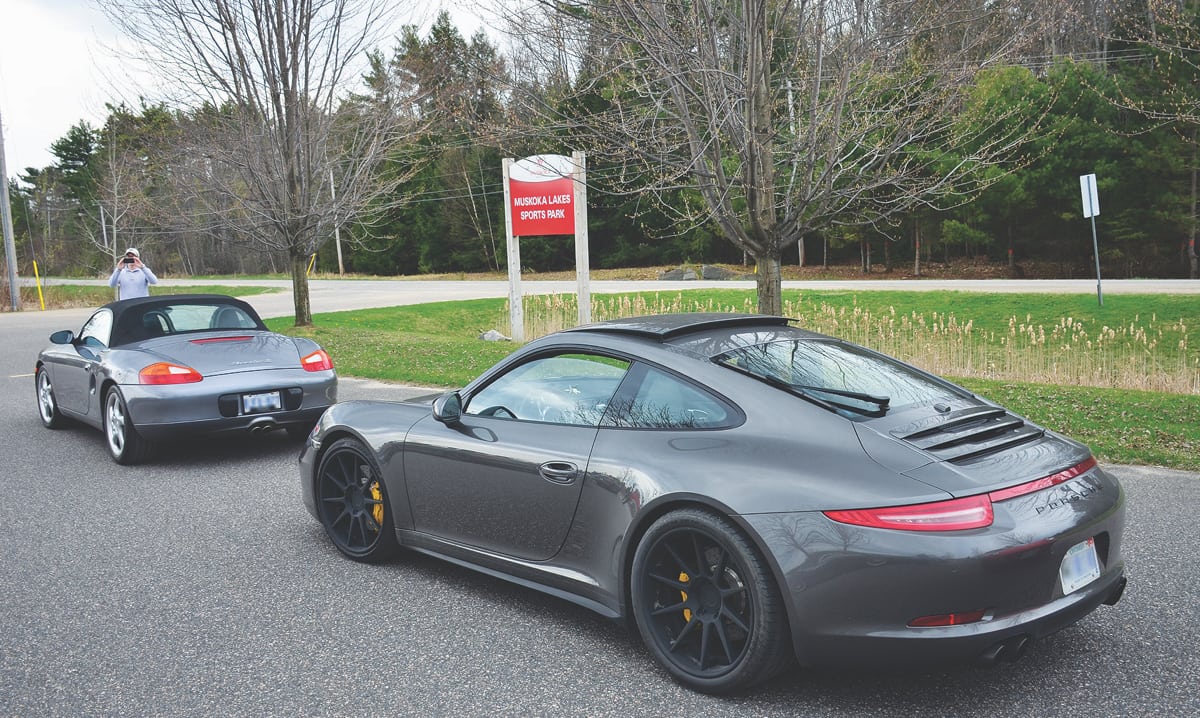 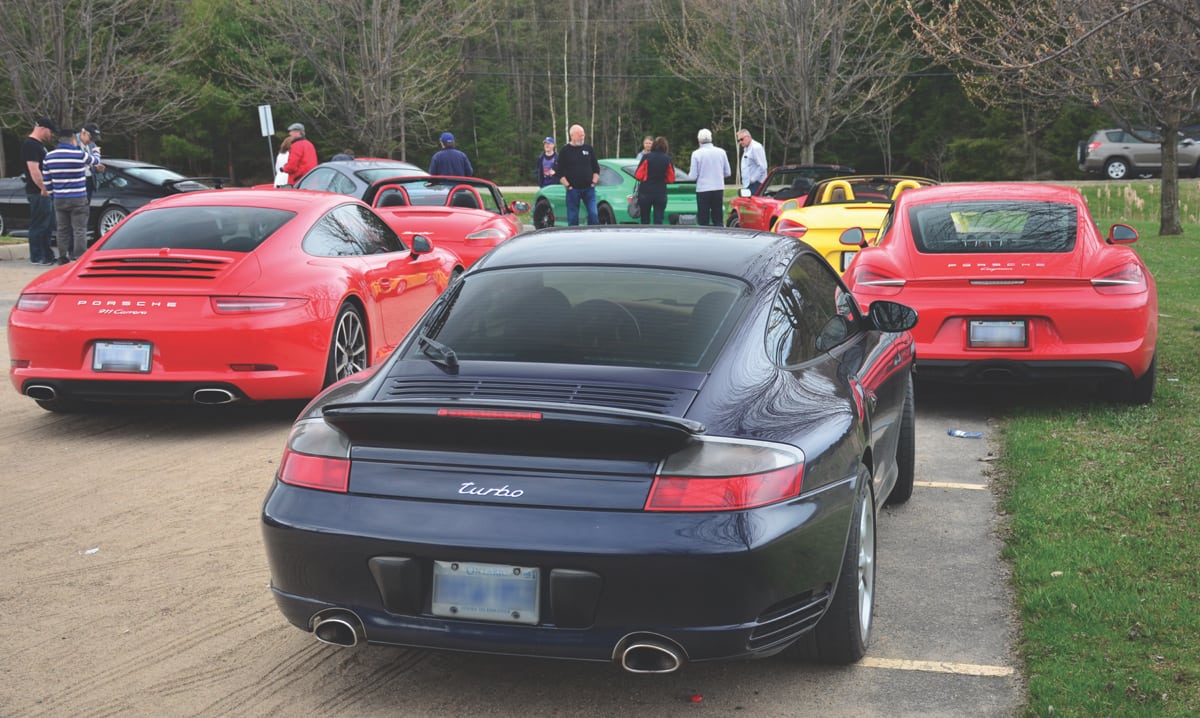 As event day was approaching, I prepared the maps and driving instructions for the participants. David kept driving the roads, claiming he was monitoring road condi­tions. But I knew he was just having so much fun driving them! Then, 36 hours before the event, I had a frantic call from David. He said, “Anne and I were driving the route this afternoon and CN is doing some major work on a RR crossing along highway 13. Anne did not even want to drive over it with her SUV.” David paused here, building suspense.

Before I could panic, David continued, “So Anne and I drove home, picked up my Porsche and drove back to the spot, hoping to figure something out. Maybe I could get some plywood to lay over the tracks. By the time we got there 3 hours later, the crews were gone – the crossing had been fully repaired.” What a relief!

24 hours before the event, the weather forecast was predicting rain for Saturday. I was warned that might result in some cancellations. Sure enough, with less than 24 hours to go, two cars cancelled, due to weather. I felt that was very unfortunate – for them. I responded, hoping I could convince them that, as long as their windshield wipers were operational, their Porsche would be fine! The morning of the event before I left home, I received emails saying they had changed their minds; they were coming. 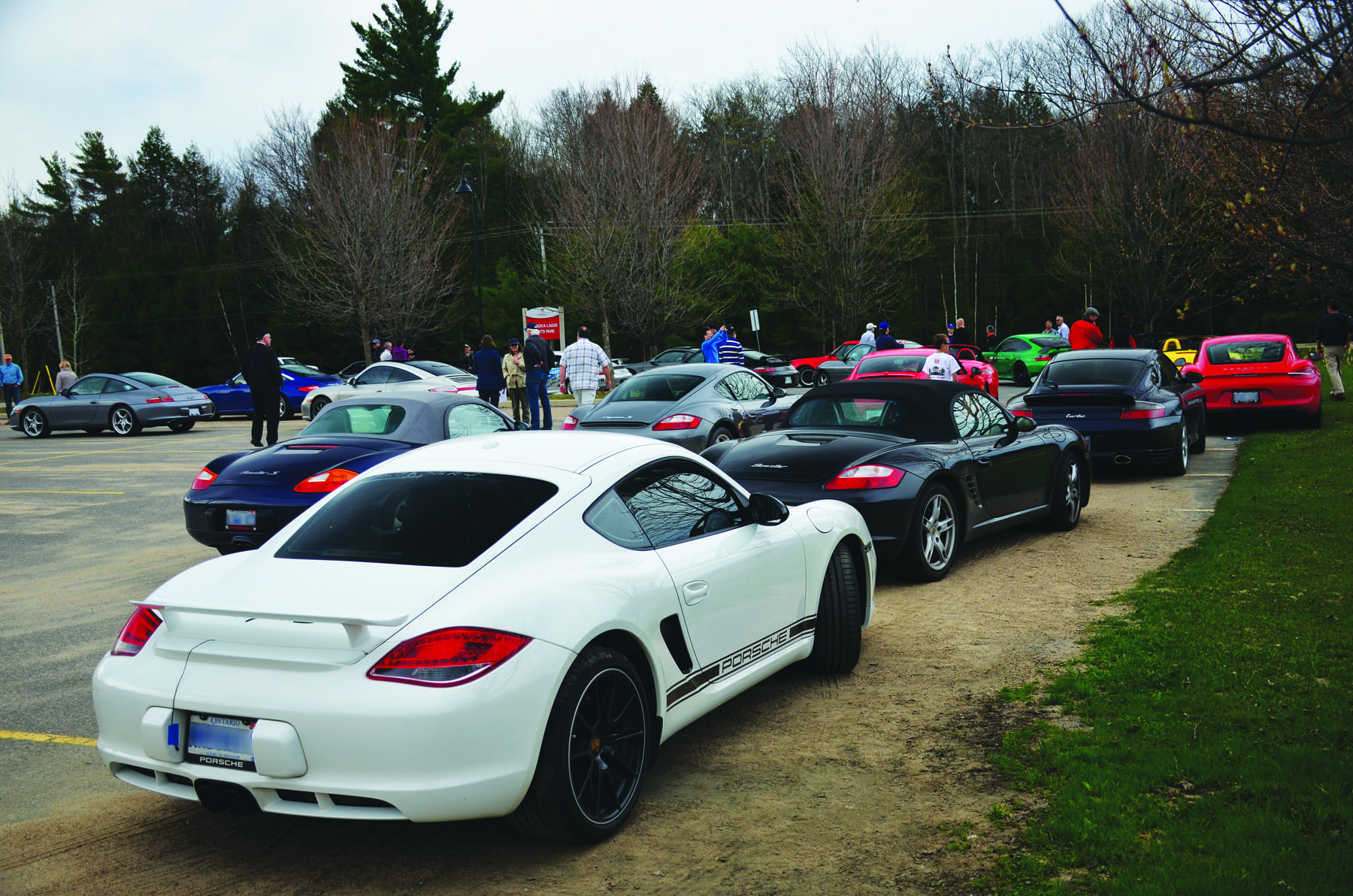 The rain held off – for the most part. We had a beauti­ful, sunny, morning drive. We stopped for lunch and were able to enjoy a wonderful BBQ on the patio of the restaurant that David had arranged. In the afternoon, the skies turned grey and we had some drizzle. But by that time, everyone was in such a good mood that nobody minded. At the end of the run, we reconvened in a small pub in Bracebridge to recount the day’s events while sit­ting by the cozy fireplace.

I thoroughly enjoyed the experience of being a co-host. What was most rewarding though, was the positive feedback from the participants, which included comments such as:

“… great route and yummy lunch! We really had a great time.”

“… what a wonderful day the two of you planned for us.”

“Thank you again for a great day! You did a fantastic job in terms of logistics and have now shown me some great roads to drive in Muskoka.”

“… super, super ride yesterday. Totally enjoyed the ride and conversing with all.”

“The route was amazing…”

“I have done the northern part of the route before on a bike, but never the southern part…”

“… it was the most fun I have had to date in my Boxster.”

“Lunch was a beautiful location, and it was a good chance to meet some of our fellow travelers and discover how much we have in common.”

“… it was nice to have a drink afterwards and share our experiences and thoughts.”

As Mikey’s brother used to say to him on that TV com­mercial many years ago, “Try it, you’ll like it.” Be a host and share your favourite roads with the rest of your fellow UCR members. Better still, get together with another UCR member and co-host the event together, it will be half the work but twice the fun.

Previous articleUnwanted? 911T and 911S: Part 1 of a continuing story
Next articleCars & Coffee at the Porsche Centre Oakville