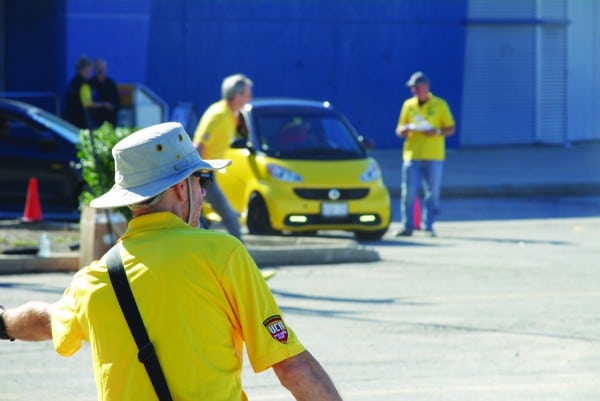 The Tire Rack Street Survival (TRSS) safe-driving program had a successful 2015 with over 100 schools across North America. The national spon­sors of this program are Tire Rack, Michelin, Enterprise Rent-a-Car, and BMW of North America. This program was created in 2002 by the BMW Car Club of America Foundation, and was first brought to Canada by the BMW Trillium Club in 2012 with local support since then from Intact Insurance and Martin Merry & Reid Insurance Brokers. Volunteers from UCR have supported this meaningful community service program since 2013.

Since then, the GTA Tire Rack Street Survival program has involved the collaborative efforts of event organiz­ers from both clubs, and the many volunteer coaches, classroom instructors, and event staff needed to run each event. We couldn’t run these events without everyone’s help. In May and September 2015, UCR and BMW Tril­lium worked together to deliver two of the largest TRSS Schools across North America, with 43 registered par­ticipants in each school who learned valuable life-saving skills to make them safer drivers. 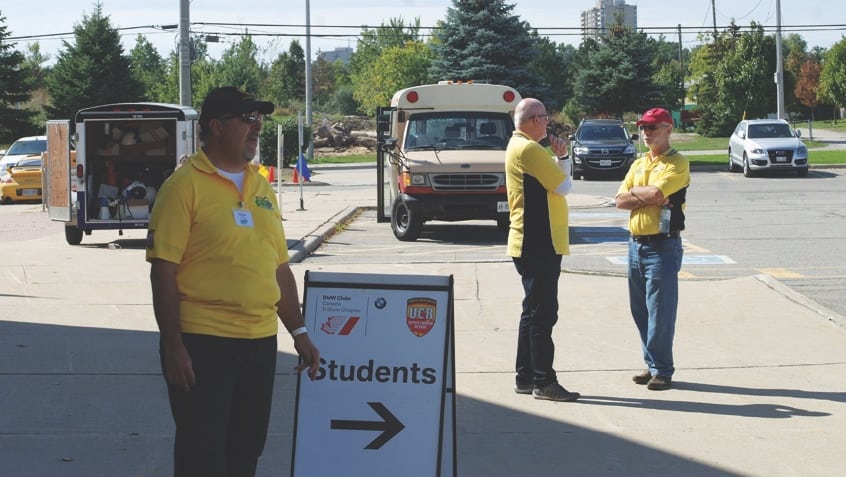 Each year, thanks to the generosity of an anonymous donor, the BMW CCA Foundation and its partner organizations are able to recognize a small group of volunteers from across North America —as a way to thank all volunteers— through the Street Survival Circle of Excellence Volunteer Recognition Program.

Since 2013, Mario Marrello has committed countless hours to this cause and has been one of the driving forces behind the success of our GTA Street Survival Schools. In addition to his participation in planning these events with the support of his wife Karen, he’s acted as registrar for both students and volunteers, and he’s been an engaging classroom instructor as well.

Ever modest, when Mario found out about his award, he downplayed his efforts by saying “thanks to all the volunteers, organizers, parents and students that get involved to make the Street Survival School happen. I just play a small part.”

I would have to agree with Mario’s summation; this has certainly been a team effort. But it was Mario’s initiative in forging the connections with BMW Trillium that enabled UCR to be part of this team. His leadership and hard work were catalysts that led to the success of our GTA TRSS program – key criteria used by the BMW CCC Foundation in deciding on this award for 2015.

For 2016, we have one Street Survival School, on May 29, 2016 at Seneca College (Finch & 404). This school is for participants with driving experience of 10 years or less. To find out more about this program, see the ad below on this page, or visit UCR’s TRSS webpage at: www.pcaucr.org/street-survival-school/. Sign up as a volunteer, or sign up someone you care about as a partici­pant. Help save some lives!

Previous articleStreet Survival School: A Father’s Perspective
Next articleWHERE WERE YOU IN 1976?