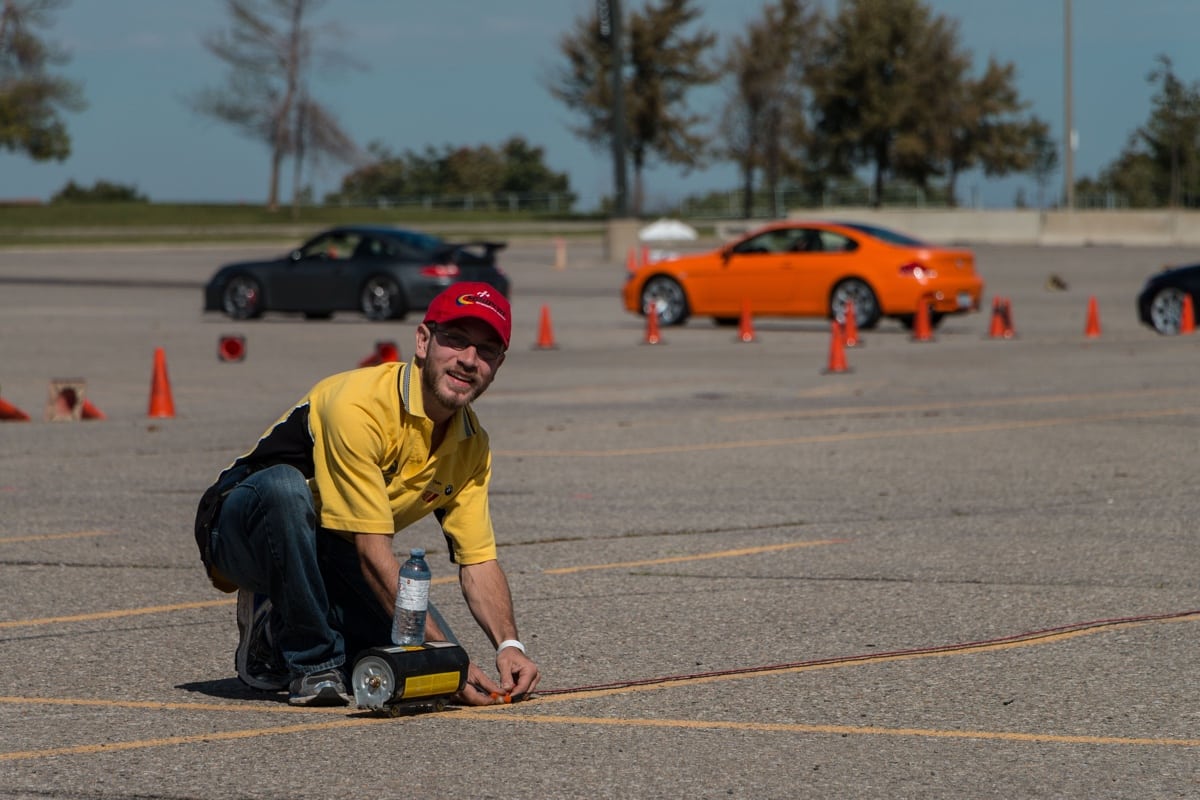 The morning before SSS started:

After the SSS course was completed, while driving home:

This is how the conversation went with my 18-year old daughter, Sabrina. I have been driving for 34 years and have been a driving enthusiast for just as long. My wife and I took a winter driving school and benefit­ted greatly from learning new skills and sharpening those we already had. When I found out about the SSS, I knew, immediately, that my daughter would benefit from it. 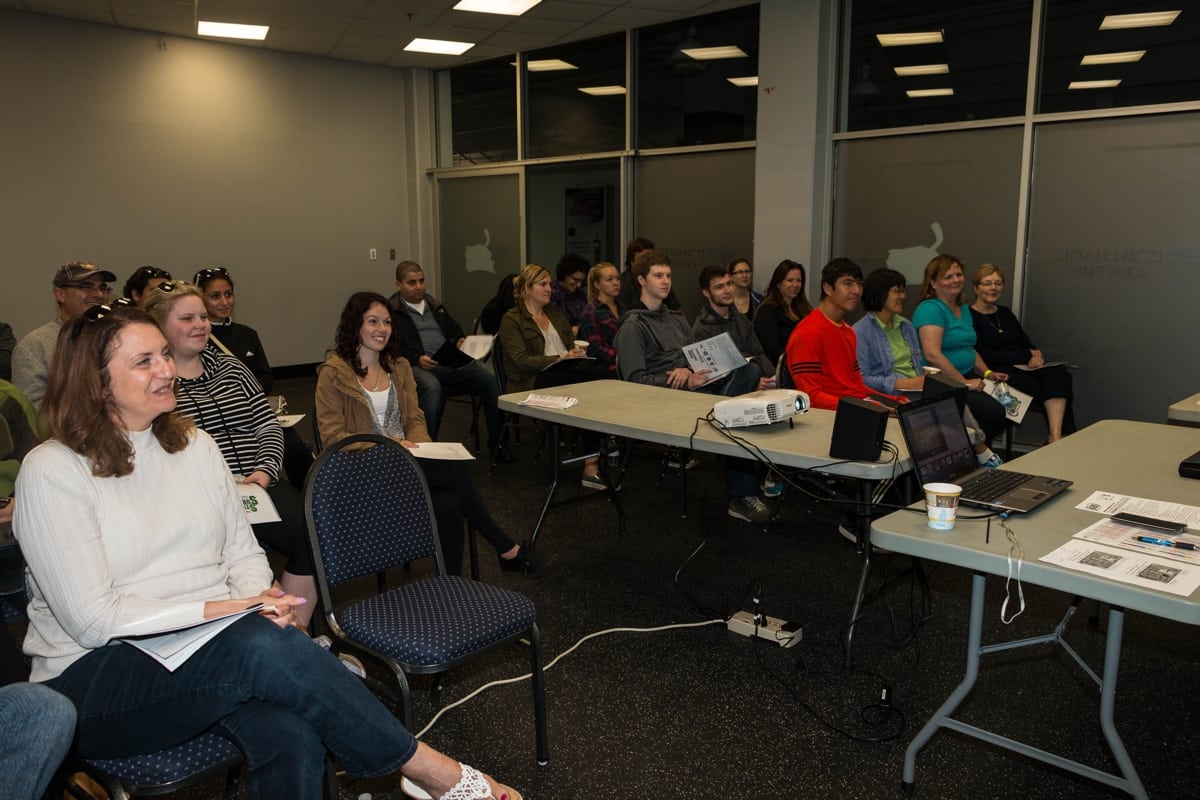 Students receive classroom training before they take to the track.

The driving instructors were top notch. My daughter connected easily with her coach, Kim Viney, who put her at ease as soon as they met and the professional relationship kept building as the day continued.

While observing the driving exercises, I watched my daughter’s lap times, cornering, and braking go from timid to confident in each of the exercises she did.

I was amazed to watch my daughter in the skid pad.  Neither of us knew that she, or her 15-year-old Toyota Corolla, could perform so well!  With cracked corn to make it slippery, she quickly learned how to control her car.  Kim spent some time with me after each driving session to let me know how my daughter was doing: feedback I appreciated.  It’s easy for kids to learn when they’re having fun! 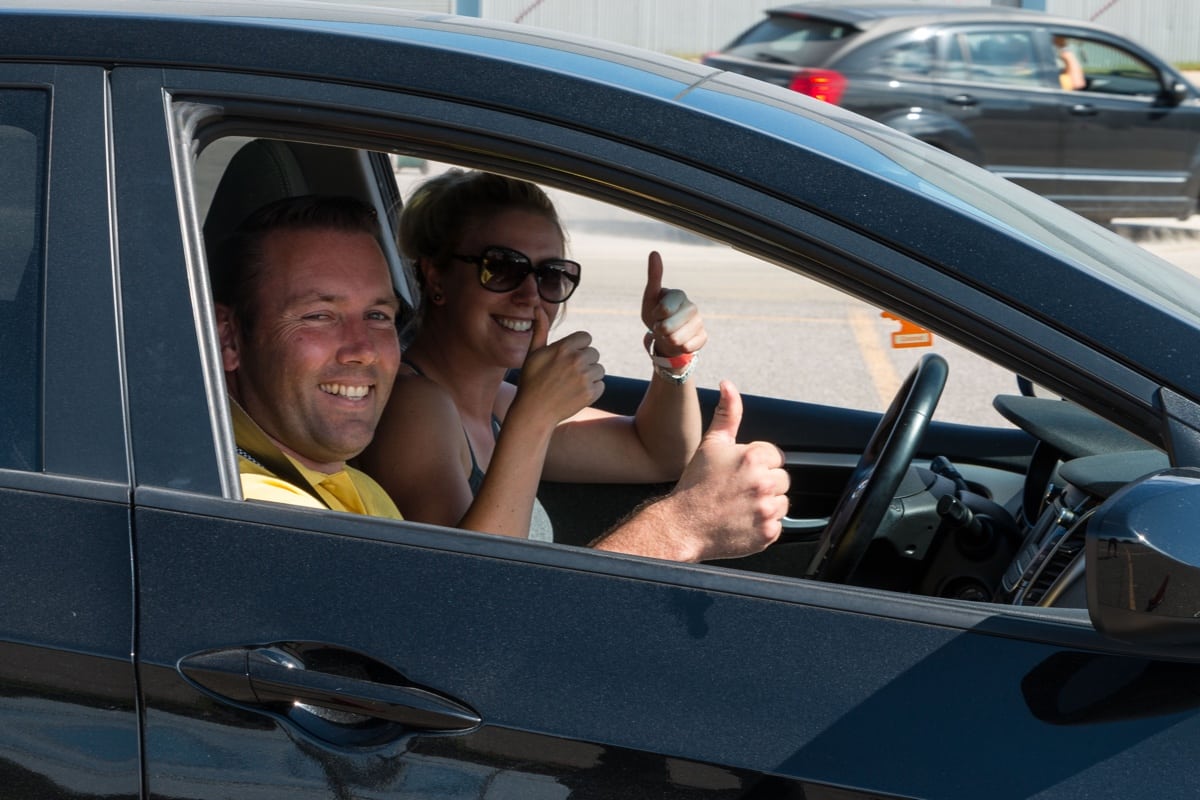 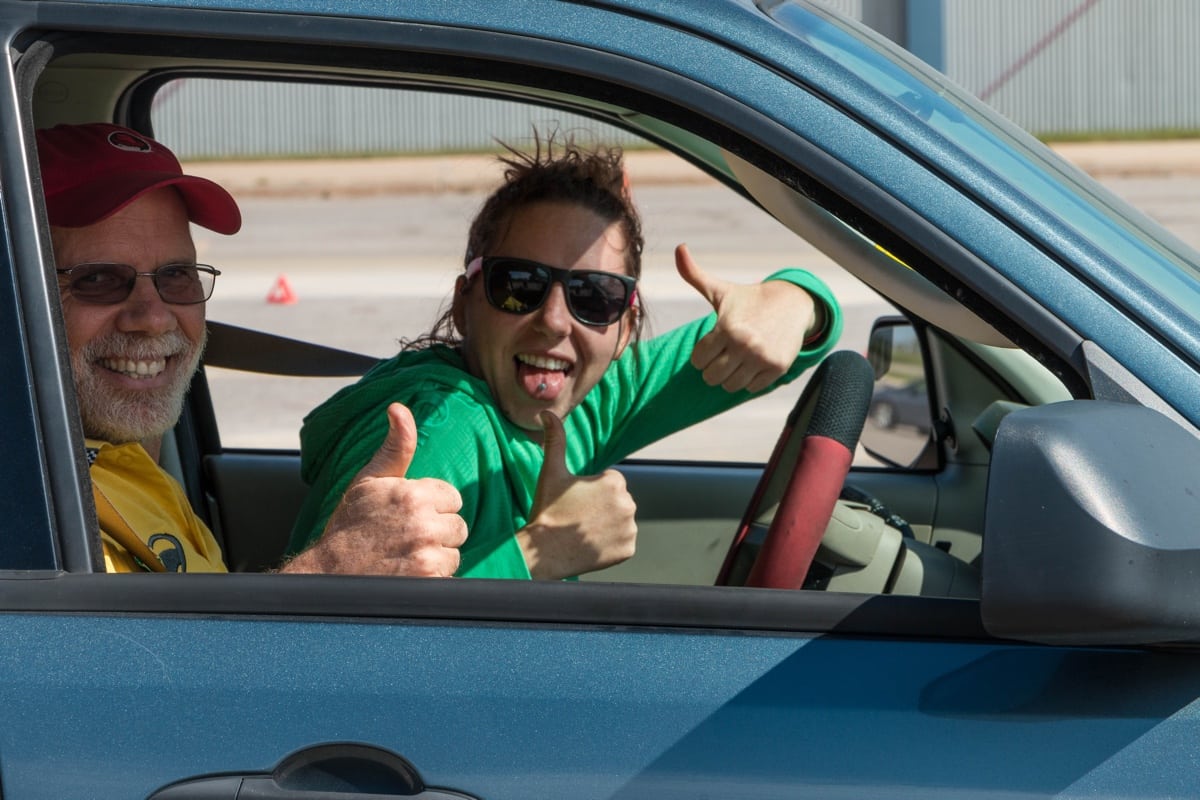 In-car coach Dave Cramer and his student, Ashley Lloyd give a big thumbs up!

There was a good mix of various driving skills, exercises and classes which built on one another.  Sabrina learned the importance of distance vision, and looking where she wanted to go, particularly in corners, in order to avoid an accident.  We also watched a couple of interesting demos involving some airbags and a truck.  Both of us learned interesting facts about the laws on Distracted Driving.  The classroom instructors and Police guest speaker were very knowledgeable and held everyone’s interest during their sessions. 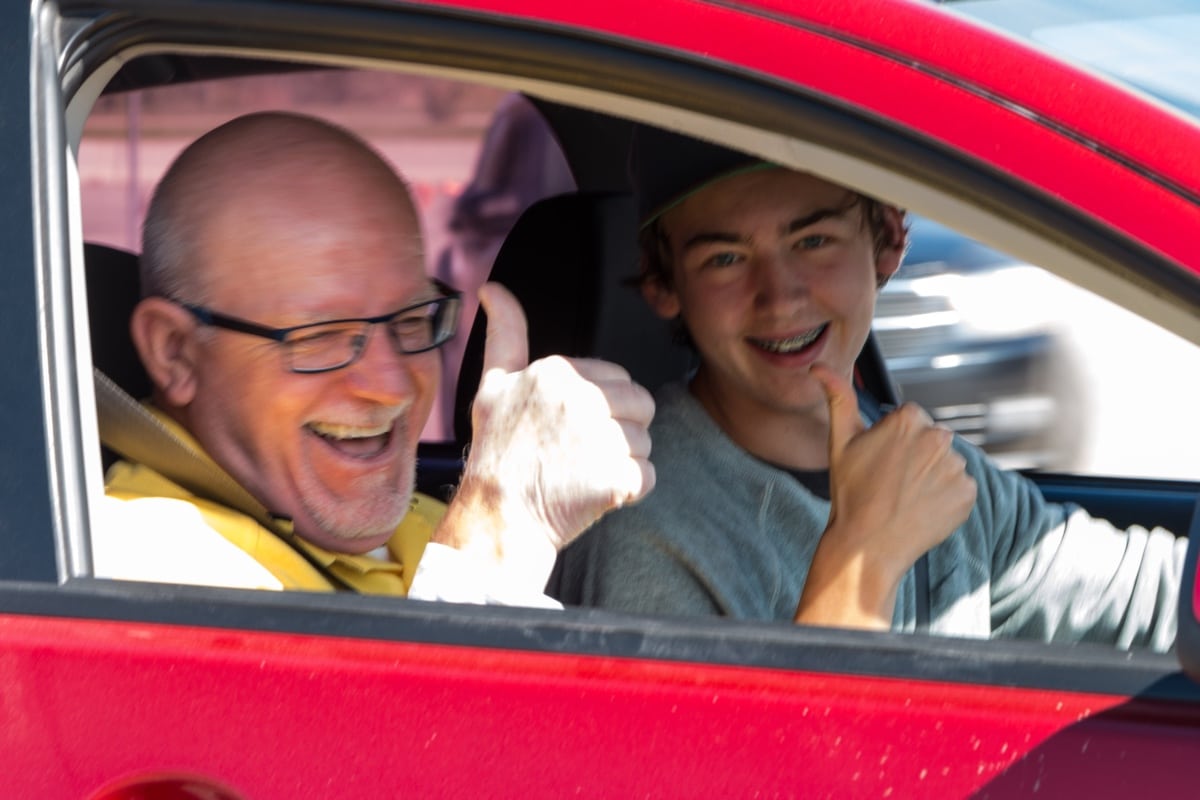 I would recommend this course for every new, or relatively new, driver within their first 10 years of driv­ing.  The confidence building, knowledge, and practical driving skills they will gain from this training will make them better, safer drivers arriving home safely each day to their worried Dads.

EDITORS NOTE:  See the ad on page 21 of the magazine and UCR’s website for information about our event on May 29, 2016. Sign up your loved ones before the event is filled!