It was a spectacularly sunny but cold day as close to fifty UCR members and guests descended upon (and at) Osler Ski Club for Ski Day.

Anne and David Forbes arrived early to greet participants and provide instructions for the day. 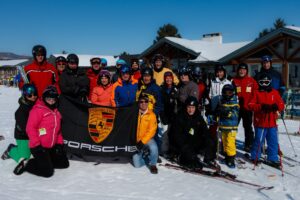 The consistent cold weather in February, recent snowfalls and the immaculate grooming on the mountain provided superb skiing conditions. The day started with a group photo at the bottom of the hill. Thank you to Hazel de Burgh and Eshel Zweig who captured our group in action both on and off the ski trails.

Our group covered all the runs on the mountain but Gulch, with its many S-turns through the forest, again proved to be the most popular run.

After a full day on the slopes our group retired to a warm fire and a spread of wine, cheese and other delights back at our log cabin. 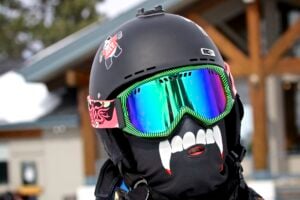 Thanks to Anne and David Forbes for helping me with the promotion and arrangements for the day and to my wife Barbara for getting all the aprésski food and beverages prepared.

As the sun set over the glistening snow we chatted about our Porsches and the wonderful day of skiing on the mountain.