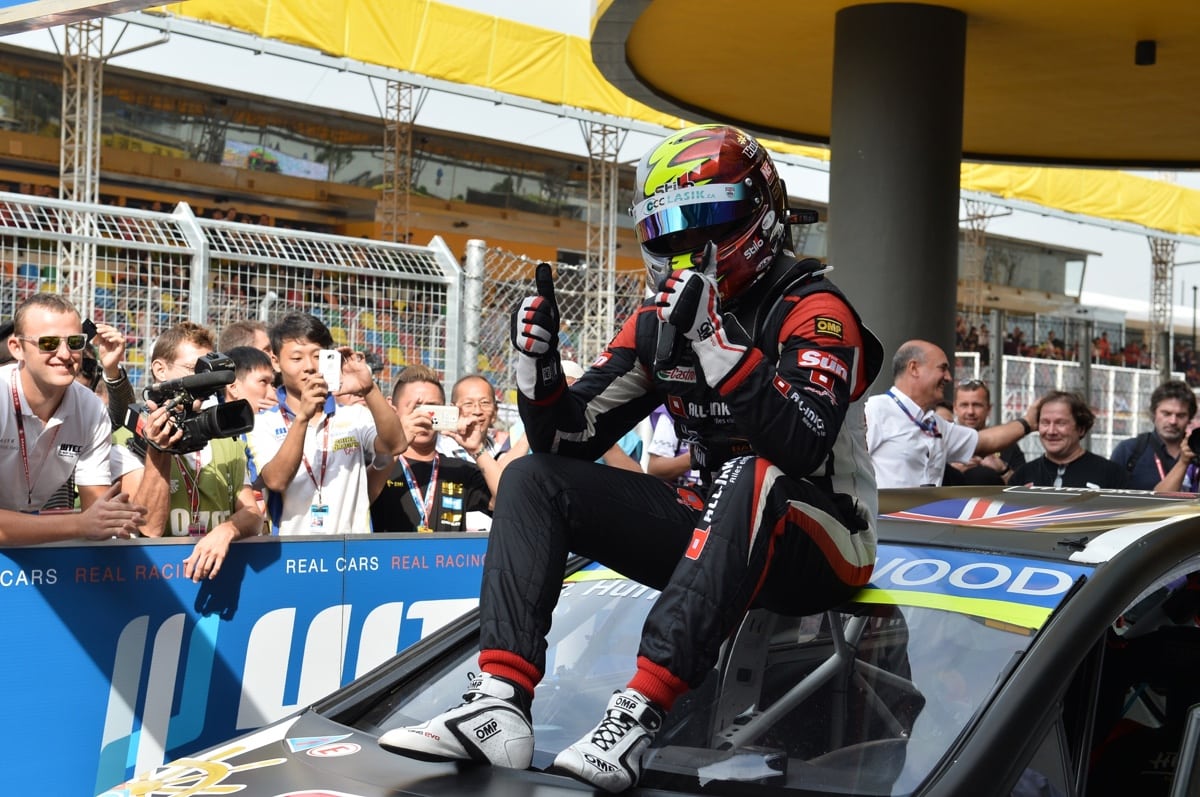 Regular readers of my Winter Diaries articles will know that during forays to the southern tracks, I sometimes round up all the Canucks I can find for a group photoshoot. It was during one such event at Sebring this winter that I happened upon Rick Morelli of Driveteq. We chatted, as one does, and when he learned of an idea I had been formulating to write an article about a UCR DE driver making the transition to active racing, he put me in touch with Dr. Fareed Ali of Toronto.

After a few exchanges by telephone and email, Fareed and I eventually sat down over coffee in February when I made a visit to Toronto. Like me, Fareed recently celebrated his five-year anniversary as a UCR member. Unlike me, he has progressed to a very active racing campaign—and with some success.

Fareed runs Ophthalmic Consultant Centres Inc., one of the largest eye care treatment, surgery, and research centres in North America. He’s married and has two young sons, but being a family man and successful doctor and businessman has not stood in the way of his developing racing career. 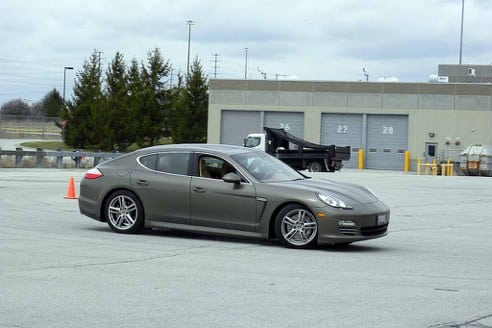 His first track exploits were at the wheel of his “first nice car”—a 2010 Porsche Panamera—at a Pfaff track day.  It was there that he met Rick Morelli. It would be a pivotal event in his association with all things to do with the track. That initial track experience was followed by participation in UCR Autocross and even a Concours in which he won his first automotive prize. He suspects the fact his was the only Panamera may have been the clincher! It was his experience at a few of the Autocross events that gave him an inkling he might do well on the big track.

Fareed’s plans to enter into the UCR DE program were thwarted by the improbable but frustrating problem of being unable to mount a fire extinguisher in the cabin with a metal-to-metal fastening in the Panamera. With Gerry and Rick Morelli, he moved to track days in an older Subaru he happened to have lurking in his home garage.  The Subie was prepped for track duty and it was in this car that he really cut his track teeth at many of the tracks within reasonable reach of the GTA. In hindsight, he now agrees that having a low-powered, low-tech, “momentum car” was an invaluable teaching aid in those early days. With coaching and more track experience, he then made the big jump—wheel to wheel racing.

Under the guidance of Rick and Gerry and their team, the decision was made to enter Chump Car racing, the series where pretty much anything goes as long as costs are kept within strict limits. A VW Golf Mk 1 was the track weapon of choice—again, a low powered car with no electronic nannies, so a great way to learn. Fareed vividly remembers his uncertainty in those first races. “There was so much to learn—the whole gridding procedure, pitting, driver swaps, and just race craft.  But at the end of the day, the driving fundamentals remain the same as for any track driving event and so a solid core knowledge of the basics served me well.” It was interesting for this interviewer to note the number of times that Fareed would repeat that mantra—that the fundamentals of track driving remain the same, whatever the activity, and one must learn them well to succeed.

It is probably a common experience of many first-time racers, but Fareed recalls that in his early events there was as much time spent under the car as in it. Things broke and things were fixed—and this being Chump Car, there was a very friendly camaraderie throughout the pit and many resources were pooled.

I touched on the subject of technical feedback, the sort of stuff you hear those pro drivers giving their pit crews about car set up. It was a relief to learn that Fareed is just about as competent as I am in this; which is to say, hopeless! He started his racing career with zero mechanical knowledge and while he has obviously learned a lot, it is refreshing to hear an accomplished racer admit that his technical feedback ability is pretty much nonexistent.

The progression from Chump took some thinking about. He considered Porsche Club racing but knew that there is just the one race a year in Ontario and that he would need to invest considerable time and resources to follow the schedule. Watkins Glen, Mid-Ohio, VIR, and Sebring all pretty much required him to be out of his practice from Thursday to Tuesday. He set his sights on the UK where there is a huge grassroots racing environment and most tracks see multiple races each weekend. Not only that, the sheer popularity of the racing scene has spawned an in-depth availability of outfits that offer true turnkey arrive and drive programs.

When he was learning the tracks in the UK, Fareed had Rob Huff, the 2012 WTCC Champion, coach him a few times and the team also set him up with Mike Wilds. Wilds is an ex-F1 and Le Mans driver, C2 World Sportscar champ, and someone who has literally driven every type of race car imaginable. He is in his 70s but is still a very active racer—and he’s also a sailor and helicopter instructor. Fareed was very grateful that Mike was “a true gentleman and very talented and patient instructor”. Apparently the patience was required on occasion as early days in the UK saw their fair share of fluffed down changes! Practice is however the name of the game and Fareed stuck at it and improved his craft.

During 2015, he spent the summer commuting the Atlantic to spend weekends at tracks up and down the UK learning his craft while competing in the Britcar Race Series. Unfortunately it also happened to be the wettest British summer on record—but that paid dividends in his continuing education in car control. This time, he campaigned a spec Boxster—another “momentum” car—and found the experience valuable. It was a fruitful endeavour and with co-driver Chris Valentine, they placed 2nd in the Britcar Championship, had two class wins in the Trophy Championship, and another two in the Dunlop Endurance Championship.

To build on that success and further extend his capabilities, Fareed took advice from a number of seasoned racers and the decision was made to campaign a Porsche Cayman GT4 Clubsport in Europe for the 2016 season. Fareed readily acknowledges that the GT4 will put him in a car with a much higher performance profile than those he’s raced up to now. He believes that his time spent in slower cars will actually help him again because coming up on slower cars in the GT4, he will be keenly aware of what the driver about to be passed is experiencing. It will be his first time on track with PDK. He likes the prospect of PDK even though he has, over several seasons, improved his heel and toe technique to the point where he no longer expects to be admonished by his mentors for missing the odd change! 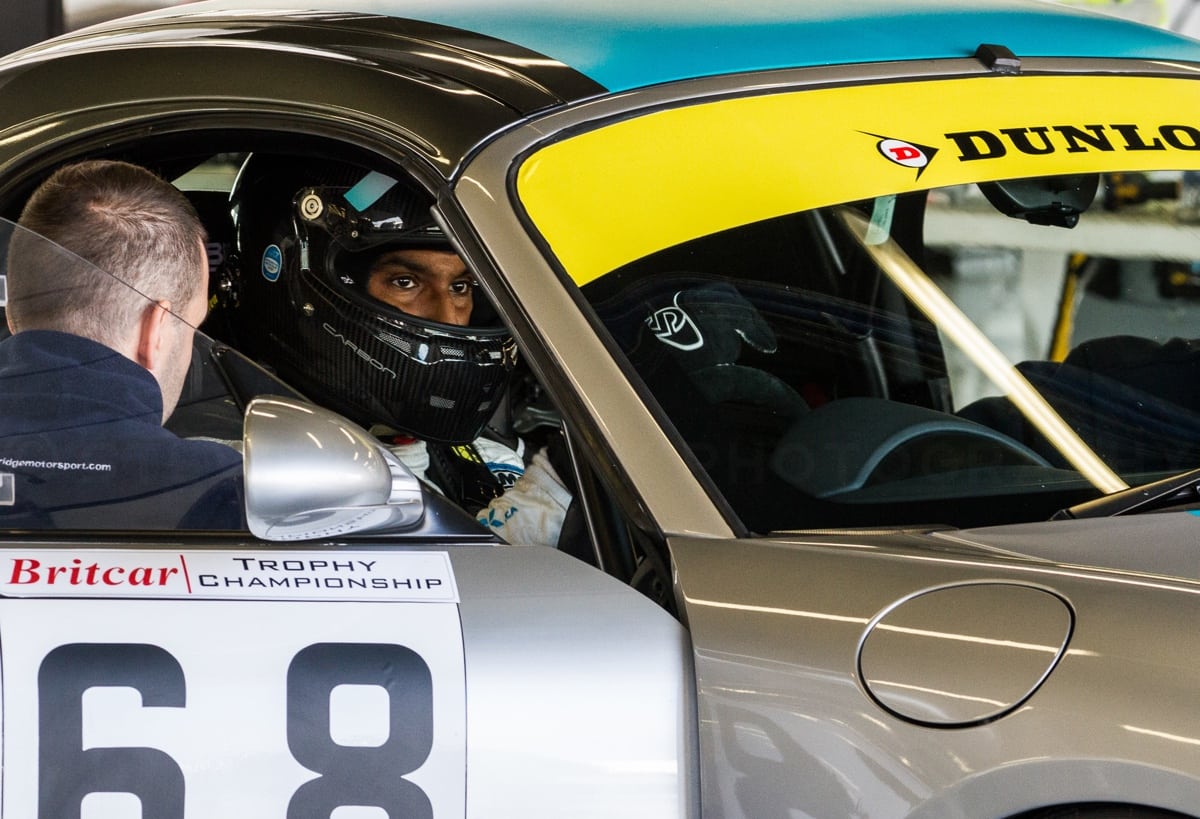 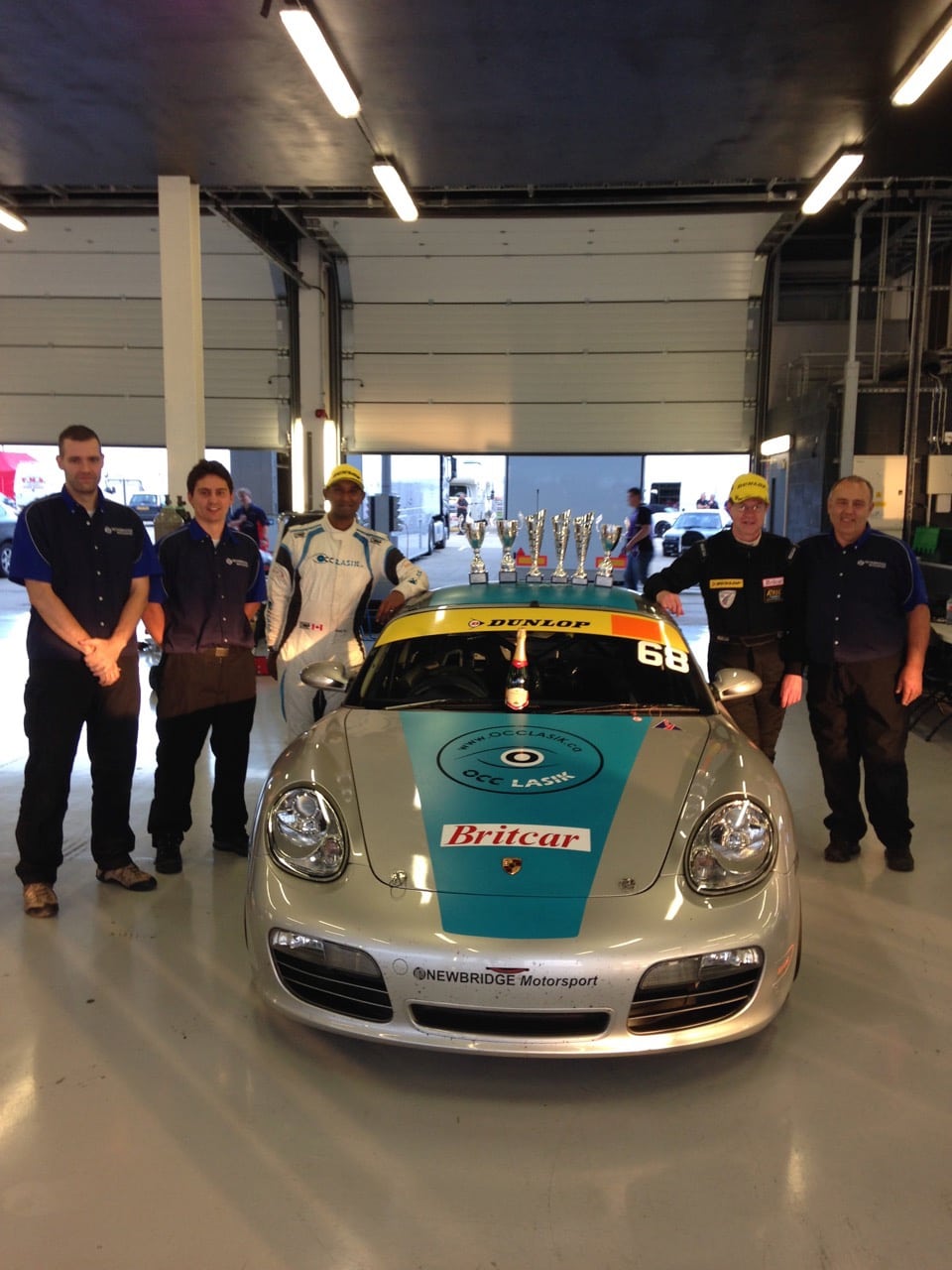 So I just had to ask, “What do you get out of the sport?” He replied, “Get as good as I can be. It would be nice to win a championship but that is not the goal. My goal: learn proper race craft in a good field and good circuits”. Disappointment does not necessarily come with a poor race finish, he says—it is the process of learning and becoming competent at a high level that is the real enjoyment. And the future, what does that hold? His goal is to drive one of the classic endurance races, perhaps in a team with Rob Huff and Kevin Gleason. Simply getting to that stage would, in and of itself, be the “win” for him, having progressed his skill set to a point that would allow it to happen.

Next week, I will join Fareed as he takes his first test drives in the GT4 Clubsport at Silverstone. Expect a report on that test day and an update on Fareed’s early race season in the GT4 in an upcoming issue of Provinz.