By jensenk
By George O’Neill, PCA UCR Tech Editor (from Provinz May 2014 page12)

Automotive recalls are a reality for every vehicle manufacturer. Designing vehicles, especially today, with so many on-board computers and sophisticated electronics, is certainly a complex undertaking. Engineers spend considerable time incorporating fail-safe modes and redundant systems to avoid operating conditions that may lead to failures causing personal injury or vehicle damage. But on occasion, despite everyone’s best efforts, unforeseen problems arise and sometimes designs are flawed. Minor issues are handled with repairs and adjustments conducted during routine maintenance of the vehicle. However, when there is a significant concern for public or occupant safety, a formal recall can occur, either voluntarily initiated by the manufacturer, or involuntarily mandated on the manufacturer by the federal government. 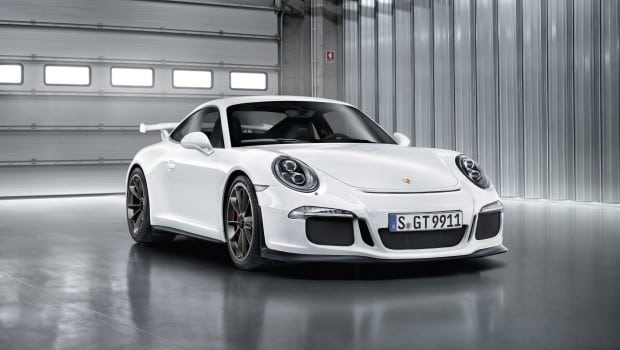 Transport Canada is responsible for enforcing the Motor Vehicle Safety Act, which contains regulations all vehicle, tire and child seat manufacturers and importers must follow in order to conduct business in Canada. In the US, the National Highway and Traffic Safety Administration (NHTSA) is responsible for that country’s equivalent rules. Although these two government organizations oversee the vehicle recall activities unique to their respective countries, efforts are aligned since new vehicles are often very similar in both countries.

1) Manufacturers observe a pattern of safety-related customer complaints, or warranty and service repairs at dealers, to the same/similar model vehicles, and investigate. Or, Transport Canada receives a pattern of consumer complaints and begins an investigation.

2) If the manufacturer confirms a safety related problem exists, they will voluntarily contact Transport Canada to initiate a recall and issue a press release explaining the problem, which vehicle model(s) and years(s) are involved, and what consumers should do (often go to their dealer to have a repair made, at no cost). Customers listed in the manufacturer’s owners database will be contacted (this is why you should always ensure you register ownership of all new and used vehicles you own with the appropriate manufacturer, so you can receive such notifications). Dealers will also be notified. Further press releases, or in some cases ads may be run, to continue to inform the public. If Transport Canada believes there is sufficient evidence to initiate a recall, they will contact the manufacturer to work with them to start the above steps. Transport Canada will update their recall database to further aid consumer communication in all cases.

3) Consumers take their vehicles in for the repairs. The manufacturers and Transport Canada will monitor the recall progress. Manufacturers will update their vehicle owner database by Vehicle Identification Number (VIN) when a repair is made for a specific car. 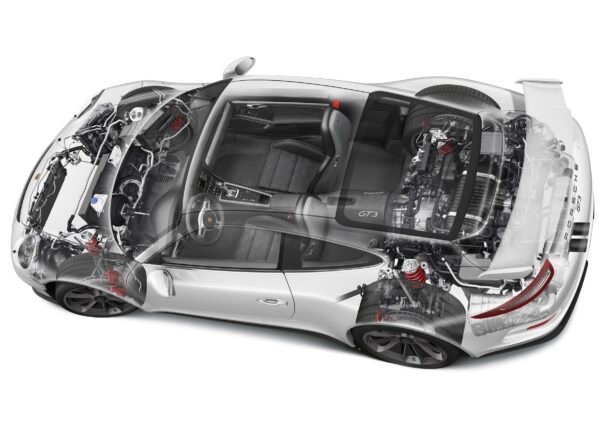 Not all vehicles may receive the repairs required, for various reasons, such as the owner forgot to take their vehicle in, or chose not to, etc. So it is a good idea to check yourself. When buying a vehicle you should ask the seller for proof of all repairs, and as well take the VIN to the dealer and ask them to check the manufacturer’s database to see if any recalls have been addressed on that particular car.

Like all manufacturers, Porsche has experienced recalls over the years. Some recalls have increased safety concern over others, but nonetheless the process will deal with a wide variety of items from things such as inaccurate fuel gauges to faulty electronic stability control systems.

Unfortunately, not all recalls across the industry are managed effectively. As a champion of effective business practices (my day job is a business intermediary, so I can’t help myself), I find it interesting how companies manage their recall process. I think it says a lot about the culture of the organization and how serious the company really is about their customers’ safety. As I like to discuss with my clients, the real test of corporate culture is not when things go well, it is when things go wrong and everyone is watching the corrective actions being taken. Let’s look at two recent recalls, the first is GM’s ongoing recall for faulty ignition switches, and the second is for Porsche’s recent GT3 engine problems.

As I sit in my office and write this article, the CEO of General Motors (GM), Mary Barra, is testifying before the US Congressional Sub-Committee about the recall of 2.6 million vehicles due to ignition switch problems. An investigation is underway inside GM to fully understand the timeline and sequence of events which led to this situation. What has been reported so far is that sometime around 2002 GM become aware some of their small cars’ (Chevrolet Cobalt, Chevrolet HHR, Pontiac G5, Pontiac Solstice, Saturn Ion and Saturn Sky) ignition switches inadvertently turned off while the cars were being driven. As you can imagine, or if you are like me when I was young and foolish and actually tried this to see what would happen, when you turn the ignition key from the run position to the accessory position while a car is in motion results in the power steering and brakes becoming less responsive since the engine has shut off, and the vehicle has no ability to accelerate. As well, it seems airbags will not deploy with the switch in the accessory position, which makes sense since no one (except young and foolish me) would deliberately turn off their car while in motion.

So, imagine you are out enjoying your drive and your car turns off totally unexpectedly. You have no power, limited steering and braking, and safety devices not working. This could lead to accidents with no airbags active in the event the car does strike something. GM clearly has a serious issue here, but it has taken the company (and by association the NHTSA and Transport Canada) over 10 years to address this with the public. Why did it take so long to initiate the recall? What does that say about the culture of the company? Barra responded to the Subcommittee when asked these questions, and explained the delay occurred under the “old GM”, pre-bankruptcy, when the company had different leadership that focused on “costs instead of customers”. GM indicated the original fix was estimated to have been less than one dollar per vehicle. Today the company has set aside $750 million to deal with this! Clearly it would have been cheaper, consumers would have been happier, and injuries would have been avoided if the recall had happened earlier. Barra went on to say that GM today has changed, and they now put consumers first. Let’s certainly hope so.

Contrast that situation with the problem Porsche recently faced with all 2014 GT3s. Of course the volume of the recall is tiny compared to GM’s, since Porsche sold only 785 new GT3s worldwide prior to the recall (nine were sold in Canada). But the speed of the response was fast and the solution comprehensive, by comparison.

Sometime after the start of sales late last year of 2014 GT3s, Porsche became aware of a car in Switzerland and another in Italy that each had an engine fire. In both cases noone was injured. The company started an investigation to understand what happened, and on February 20th this year, voluntarily issued a recall and press release acknowledging the fires, halting further sales of 2014 GT3s, and requesting current owners to not drive their cars (Porsche would provide a loaner vehicle if requested) while Porsche conducted a detailed investigation to fully understand the cause of the fires and to find a resolution. As Porsche Cars Canada Manager of Public Relations, Patrick Saint-Pierre, said when I spoke to him about the recall, Porsche believes “in making it right and resolving problems quickly”. 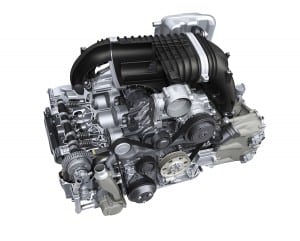 What was not mentioned in the press release, but was discussed by Porsche representatives at the March 2014 Tech Tactics event I attended, was how Porsche actually went about determining the exact cause of the problem. Teams of two technicians from the factory in Germany flew around the world taking apart various 2014 GT3 engines seeking the answer. There was a yellow GT3 parked in the shop at Porsche’s Northeast Regional Support Centre, the location of Tech Tactics, and it just happened to be one of the vehicles the techs took apart. We were told the techs arrived around closing one workday and overnight took apart the engine, inspected it, and put it back together before the centre opened the next morning. Then quietly left for California to visit another GT3. As we now know from Porsche’s March 18th press release (issued less than 30 days from the initial one), the source of the problem was identified as a loose connecting rod hitting the crankcase and causing it to crack, which let oil escape and catch fire, one would assume after contacting the hot exhaust headers. Porsche announced they will replace the entire engine in each of the delivered 2014 GT3s as well as those on the production line. They also determined this problem does not affect any other 911 version. That is how to swiftly deal with a recall, and treat customers first! Sure the cost will be significant, I estimate in the order of $15 to $20 million to replace the engines. But that should avoid any further problems associated with this, and should satisfy customers that appropriate and swift action was taken.

To check whether or not a vehicle you currently own, or are considering purchasing, is subject to a recall notice, type the following words in Google to search for and locate Transport Canada’s recall database: Transport Canada Road Safety Recall Database. Once on the database website, select the vehicle manufacturer’s name and enter the model year to search. Records go back as far as 1970, and are continually updated.

We live in a changing world and our vehicles are certainly becoming ever-more complex. But we do have a reasonable expectation that no matter what we pay for a vehicle, whether it is an entry-level car from one supplier or a sports car from another, proper thought and design has occurred to not only ensure the vehicle works as advertised but also is safe to operate. Furthermore, if there is a risk of a product harming us, the manufacturer will do the right thing to warn us as soon as they became aware of the problem and manage the resolution process.

The old saying goes “actions speak louder than words”. How companies manage vehicle recalls speaks volumes about how serious they are about looking after their customers. Stay informed, and check the recall database for each car you own and will purchase in the future.

Tech Editor’s Note: As always, submit your ideas for future tech articles to me at George@ONeillAdvisors.ca and even better, consider writing your own articles for us to publish. Your feedback is always welcome, and if you own a 2014 GT3 tell us what you thought of the recall process.

Previous articleTHE PORSCHE-PHILE – An interview with Bruno Vendittelli
Next articleAdvertiser of the Month: Paragon Competition – Way more than meets the eye!