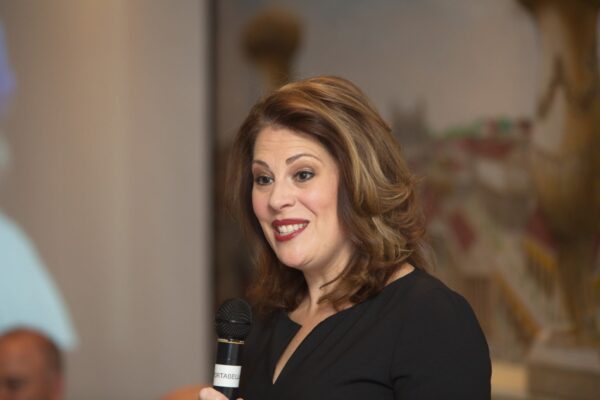 Sondra Radvanovsky gave an inspirational speech about her rise as an acclaimed opera star.

The 2013 UCR Awards Banquet was held at Riviera Parque (Vaughan, Ontario) on Saturday November 23, 2013. We had an attendance of almost 90 people at the banquet. John and Rosemary Adam did an amazing job organizing the banquet and putting together a menu, which offered a multi-course dinner with wine pairings. 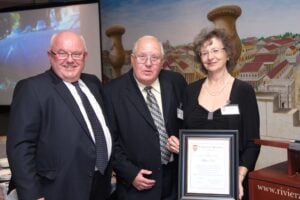 The evening started off with members mingling near a colourful martini station, and checking out the brand new 911 Turbo S in the foyer (courtesy of Porsche Cars Canada).  A beautiful slide show by Michael Coates,our UCR photographer, was shown in the banquet room throughout the evening.

The banquet began with opening remarks by Walter Murray, UCR President. Walter thanked all volunteers for the record participation at almost every single UCR event in 2013. The two most heart-warming events of the year were acknowledged at the banquet: 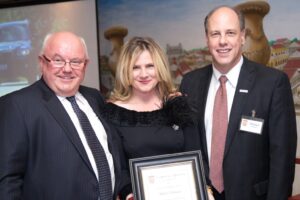 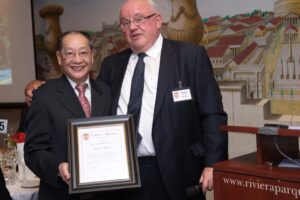 We have received some special awards from Porsche Club of America. UCR had the largest absolute growth among the 140 PCA regions in 2012, and we are currently the third-largest region in PCA with 2,154 members (as at October 31, 2013) and almost 3,400 members, taking into account affiliated members. The significant growth in members was driven by Downtown Porsche, which gave a free PCA membership to all customers buying a Porsche from them. 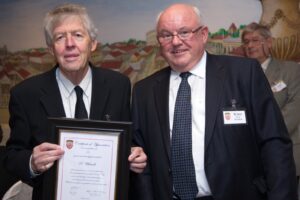 Laurance Yap, Director of Marketing at Porsche Cars Canada, presented the Enthusiast of the Year award to Jill Clements-Bartmann, who organized Driven to Smile events during the last two years, in conjunction with the DE team. 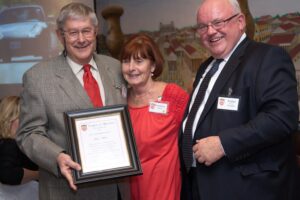 After the second course with risotto and a trio of mushrooms (B&G Partager Merlot), Walter presented awards to both David Forbes and Horst Petermann, who are stepping down as directors due to term limits. Walter thanked Isabel Starck, director and socials chair, who is stepping down to spend more time with her young family; and Kye Wankum, director of communications. Walter introduced two new directors for 2014: Kathleen Wong (director and the co-chair of social events) and Mick Oliveira (director and chair of the club race). Walter also acknowledged Dave Osborne for running a fantastic DE program, and Ken Jensen for doing an outstanding job on membership retention.

Laurance Yap updated us on the latest Porsche news. One of the milestones included the opening of Porsche Centre Oakville, an independent Porsche dealership, in October 2013. Porsche launched its Macan compact SUV on November 20. Camp4, a three-day winter driving event at the Mecaglisse track in Quebec, is currently in its fourth year and the event is almost sold out. 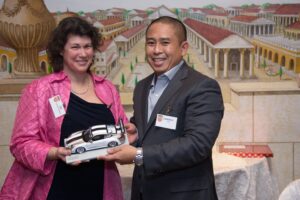 After the third course with giant grilled shrimp and filet mignon wrapped with hickory smoked bacon (Sensi Chianti DOCG), Sondra Radvanovsky gave an inspirational speech about how she rose to be an acclaimed opera star. Sondra specializes in 19th-century Italian opera and her signature roles include Elvira in Ernani, Leonora in Il Trovatore, Elena in I Vespri Siciliani and Élisabeth in Don Carlos. Sondra and her husband, Duncan Lear, are UCR members and own a 1986 911 Turbo and a 2005 Cayenne.  We appreciate Sondra taking time out of her hectic schedule to spend the evening with us; she travels over 260 days a year to sing at major opera houses around the world. At the end of her speech, Walter presented Sondra and Duncan with UCR signature caps. 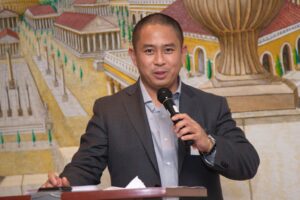