I had really wanted to enter this event, but due to other commitments I couldn’t. It was to be the resurrection of a once quite popular form of motorsport, the hillclimb. While still common and fashionable in Europe and the UK, for the most part, hillclimbs have fallen out of favour here in North America with a few big-time exceptions like Pikes Peak and Mt. Olympus. I don’t know when the last event was held in Canada, but the days of the raucous runs up Rattlesnake Point are long gone and almost forgotten. Bob DeShane and Bill Brack had made arrangements to compete here at the Inglis Falls Conservation Area near Owen Sound in affiliation with the prestigious Cobble Beach Concours that was to be held nearby on the Sunday following the hillclimb.

Although I had other conflicting arrangements on this weekend, I did however, manage to pry myself away for a few hours to attend the preliminary functions and some of Saturday’s competition. 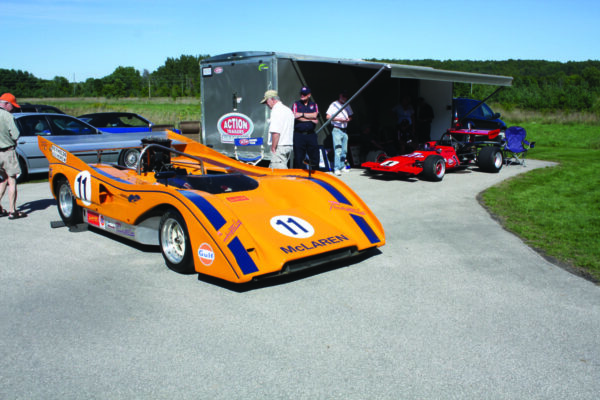 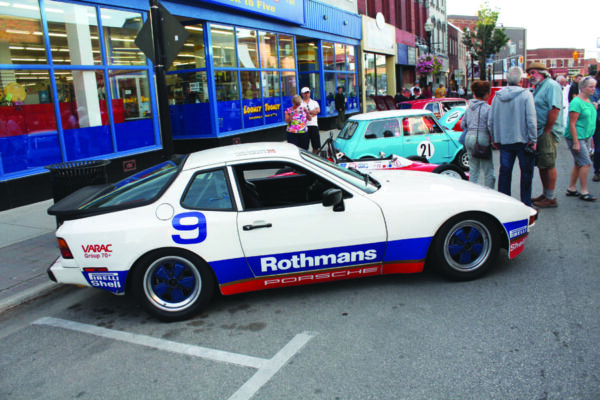 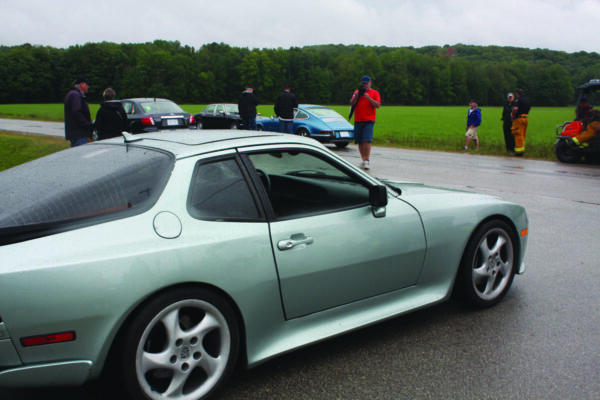 Things started with a lot of promise and as I drove into the venue, trailers had already arrived, disgorging their contents and other competitors were either driving in or fettling with their cars in preparation for this inaugural event. The weatherman had forecast rain for the weekend but right now, late afternoon on the Friday before the actual competition, things looked pretty good.

I did the initial rounds within the appointed paddock area and met up with several old friends and acquaintances. Walt MacKay was there with his lovely Porsche 911 as were several folks from the UCR. The event host Bill Brack had arrived earlier and his “winningest Lotus” 59/69 was on display and appeared in fine form. Nearby the crew was unloading Steve Gidman’s most impressive McLaren M8 from it’s trailer as various other folks were milling about chatting, socializing and working on their cars. There was a diverse array of machinery, with various P-cars and everything from all-out racecars, vintage MG’s, Morgans, muscle cars and veritable hot-rods to a wild, salt flat record-holding Volkswagen and even a few motorcycles that were to take part. An eclectic collection to say the least! There was a great, informal atmosphere for this first event and a few folks (me included) had answered the organizer’s request to wear period-style dress. I must admit, however, my tweed jacket and cap had to come off in the warmth and sunshine of this very summer-like day! 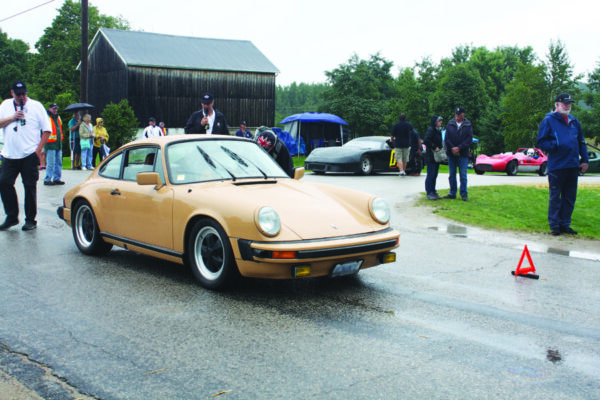 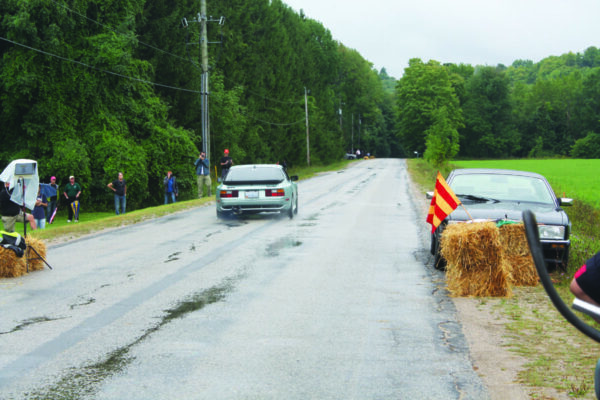 After the general registration and preliminary gathering, arrangements had been made to drive all the competing vehicles to a central location in downtown Owen Sound for a bit of a public street party and display. The sound and look of some full-on competition cars such as the McLaren M8, Lotus 57 and even Pete Viccary’s vintage Kelly Formula Vee rumbling along the public roads was a sight to behold! From the comments I was hearing, the locals were absolutely enamoured by it all and thought this kind of thing was just what the town needed to rejuvenate itself. This is a very good omen for future competitions! While socializing with the crowd, I noticed there were now several more folks in period costume so it really looked like people were getting into the swing of things, again—a lot of promise for the future! After a very enjoyable dinner in one of the lovely local eateries, my group headed off to our “base” in Sauble Beach to enjoy the rest of the evening with some friends and wine.

The next day dawned with some somber drizzling weather and at times, a soaking rain. I wasn’t sure how this would play out for the actual competition, but we made our way over to Inglis Falls to take it all in anyway. Upon arrival we saw spirits were only slightly dampened as a fairly big crowd had shown up and the day’s events were going on as planned! Now that’s the spirit! Even the local Fire Department and Rescue crews got into the swing of things and took a recon run up the “hill” in their somewhat overloaded golf-cart!

The paddock crews mustered the cars and shuffled them over in turn to Starter Ken Mason who, once he received the “all clear” by radio from the top, sent each competitor of in a flurry of spray, wheel-spin, tire-screeching and sometimes loud, revving, thunderous noise. Glorious! This is what grassroots motorsport is really all about. People enjoying their vehicles in a safe and controlled but casual competitive event with great atmosphere and good camaraderie.

I‘ll be putting this event on my calendar for next year and if I can swing it, I may even compete!