What’s in a name… The annual Vintage Festival at Mosport, presented by VARAC, not only has a long-standing tradition as Eastern Canada’s foremost vintage racing event, but also with quite a number of your fellow UCR members who have competed there over the years. It is the highlight of the VARAC schedule each year. ‘Vintage Festival’ is how I came to know it when I first began to participate 25 years ago; of late, it’s also been called the Canadian Historic Grand Prix and now, the VARAC Vintage Grand Prix. To further explain, just as the term ‘Festival’ has stuck with me, so has the name Mosport for our favourite home track near Bowmanville. To the uninitiated, formerly Mosport, this newly renovated world-class facility is now named Canadian Tire Motorsport Park. And lastly, VARAC stands for Vintage Automobile Racing Association of Canada and, if you should ever have thoughts of going vintage racing in Ontario, that is the organization to contact to find out all about it.

VARAC distinguishes between two major groups to accept race cars for competition: ‘Vintage/Historic’ and ‘Classic’, both of which are made up of sub-groups or classes, to allow a great variety of different types and ages of cars to race with and against each other. Vintage/Historic follows somewhat stricter rules where adherence to originality is concerned and enforces a ‘prepared to period specs’ concept. This group is made up of Vintage Pre-War (Pre-1942), Vintage Production (1941 to 1961), and Historic Production (1962 to 1972). Classic is made up of ‘Group 70+’ (1973 to 1989), which has been running for several years, and the newly formed ‘Group 90’ (1990 to 1994). These latter two groups were dreamt up by some very smart people, allowing owners of “newer” cars to take them out for competition while, at the same time, dramatically increasing the overall attendance numbers at VARAC events. 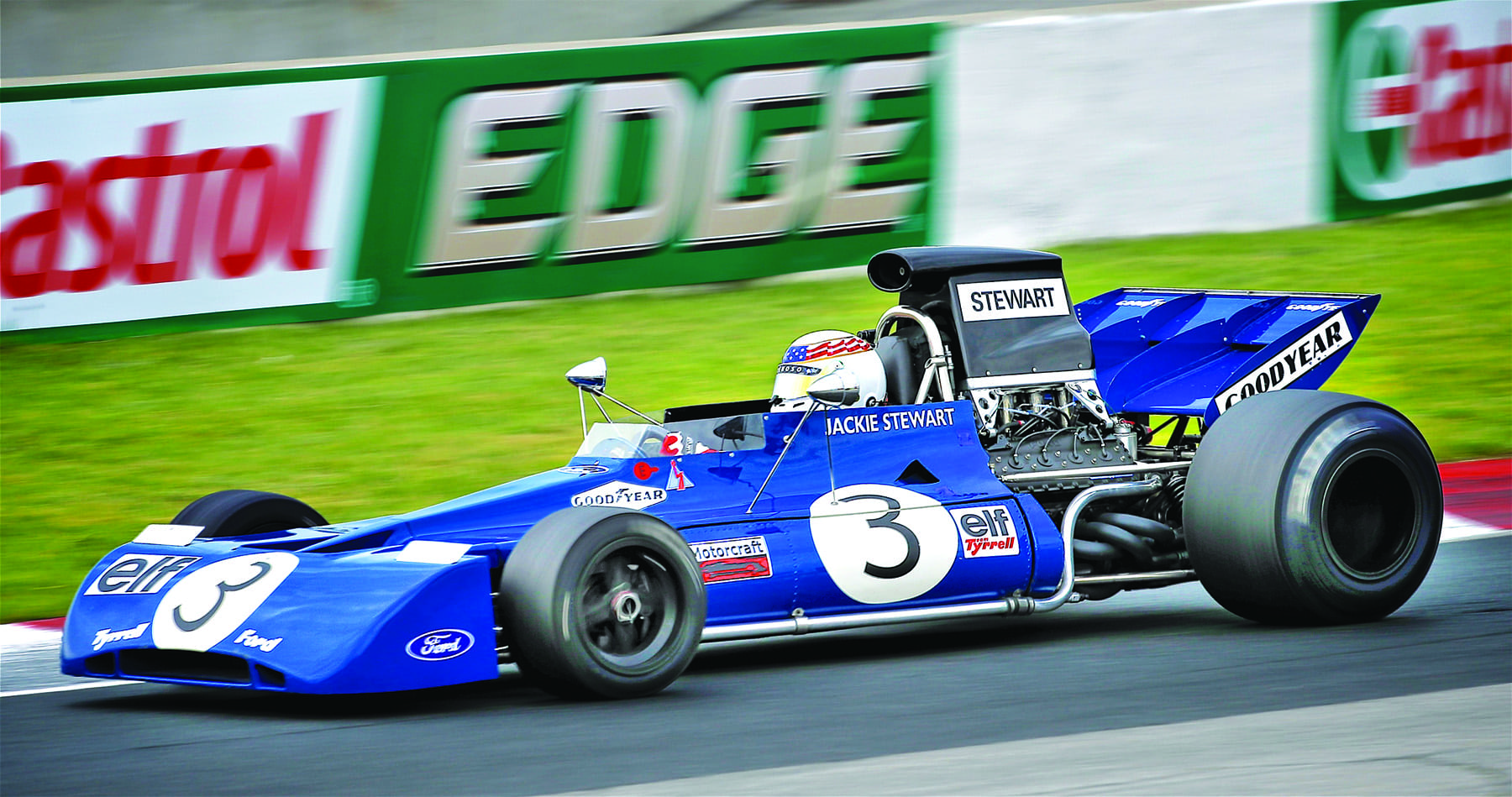 In addition to the above, you will also find groups with Sports Racers from the 70s, Historic Formula 1, Formula 2 and B, Formula 5000 and Atlantic cars, as well as guest groups running Formula V (1200), Formula 1600 and Formula Libre cars alongside the typical VARAC events. In other words, no matter what non-current race car you own, chances are there is a place to run it with VARAC.

The 2017 VARAC Vintage Grand Prix promised to be very special indeed: not only are we celebrating Canada’s 150th Birthday this year but also the 50th Anniversary of the Canadian Formula One Grand Prix, which was first held at Mosport in 1967. For this special occasion, we were to be treated to one of only two Canadian appearances of the Masters Historic Formula One group, the other stop being at this year’s Canadian Grand Prix itself, now held in Montreal. While VARAC’s annual main spectacle usually draws quite a substantial number of spectators, this special added treat was sure to bring them out in droves… and it did! Like any red-blooded motorsport enthusiast, I too got drawn to checking out these beautiful historic cars in the paddock, and maybe better yet, watching them and listening to their thrilling sounds trackside. Do yourself a favour and search for photos of this magnificent show on the net; there were a great number of excellent photographers at work, including UCR’s own Eshel Zweig. 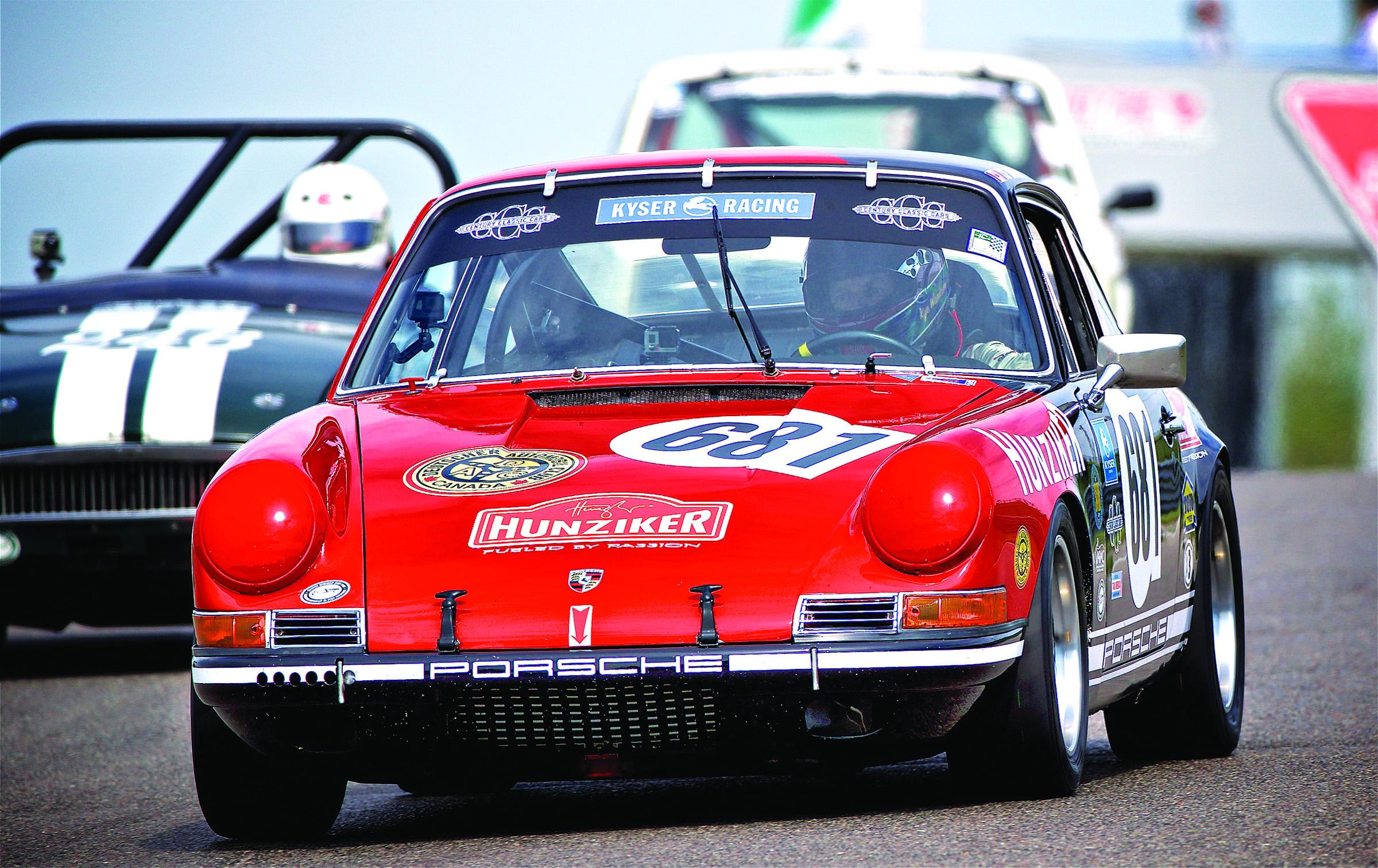 But now, on to the Porsche side of things at the VARAC Vintage Grand Prix: Personally, I was running my 1968 911-L historic race car, which has been in my possession since I first ran it at this event around 1992. There have been other race cars that have come and gone since but this one has stayed with us throughout – ever since my friend and fellow UCR member Greg Doff and I first bought it to start out in racing, after a couple of years in UCR’s DE programme, which had given us a great basis for the sport. 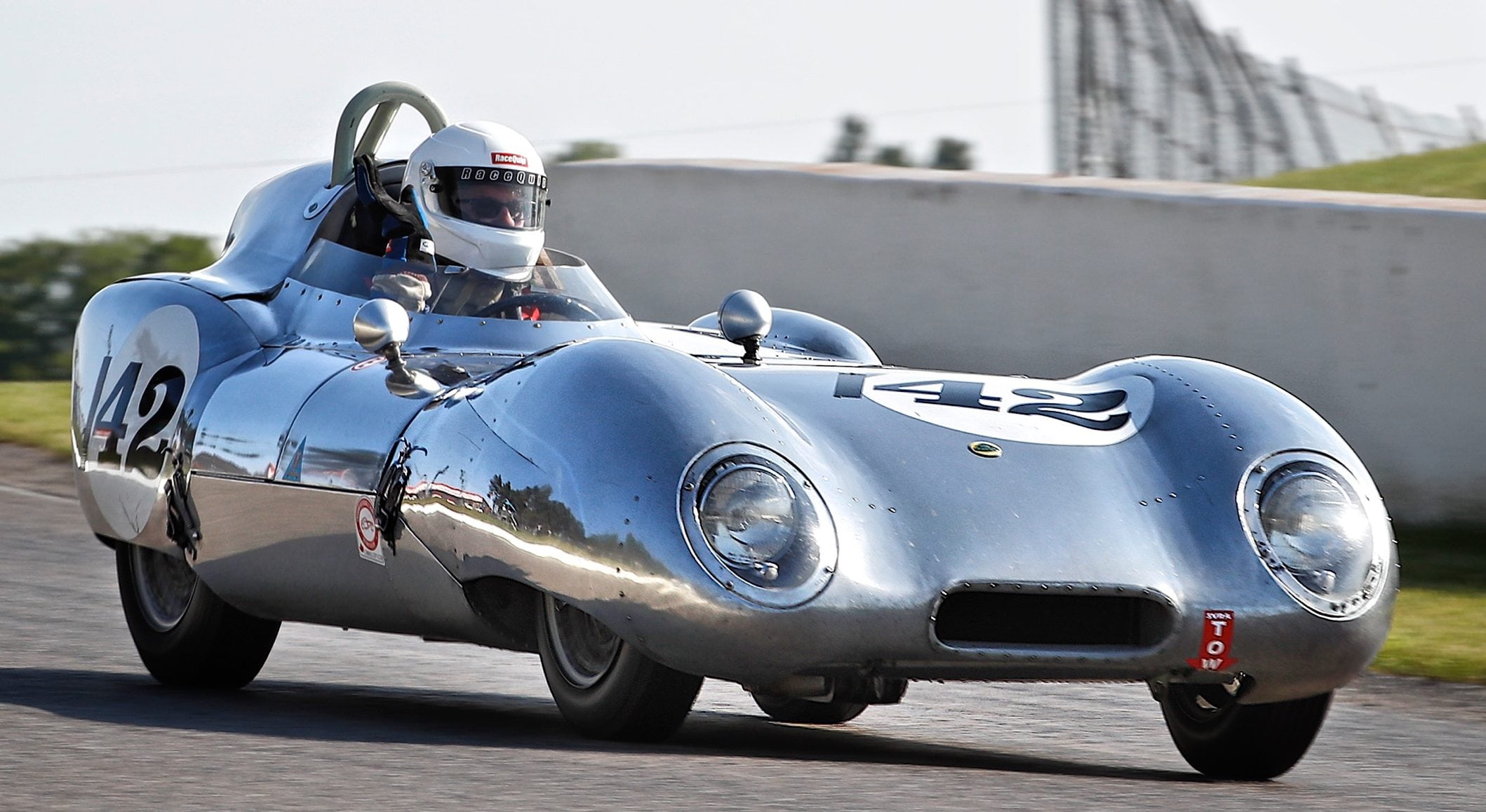 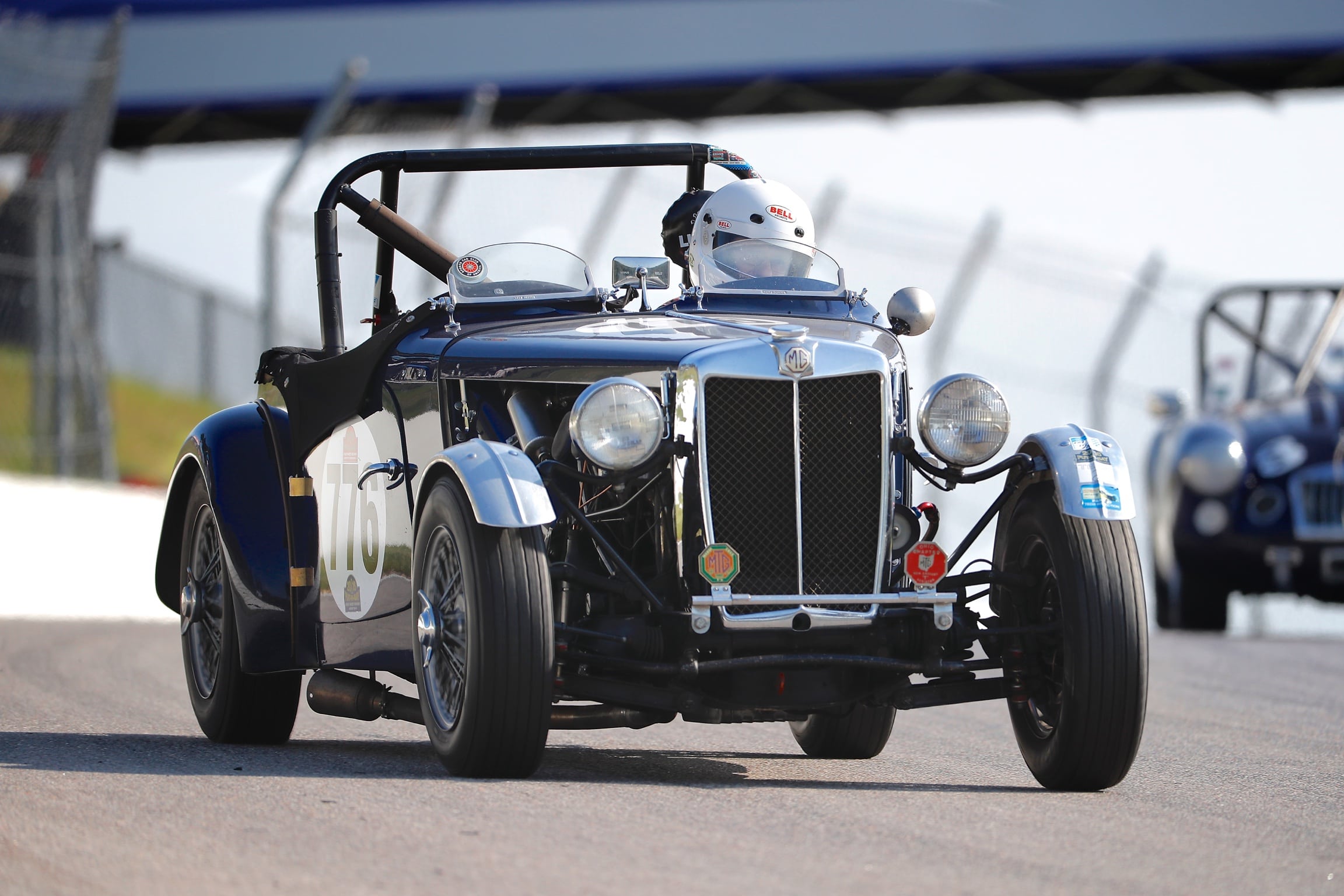 Though my car has a displacement of only 2.2 litres, it was classed in the ‘Big Bore’ group, from 1.55 litres to unlimited size. Normally, the cut-off would be at 2.5 litres and up but, with the overwhelming interest and number of preregistrations for the event, VARAC was forced to change this, in order to create two groups of more or less equal size. And so I found myself in a group of 40 cars, from MGBs and Triumph 250s to fire-breathing Shelby Mustangs and Corvettes, with an overall lap time discrepancy between slowest and fastest in the group of 35 seconds!

I practiced and qualified just about in the middle of all that, with plenty of on-track action keeping things interesting but then had my big break when we experienced a torrential downpour during the Saturday afternoon race, when I kept going while others quit or fell behind, only to finish 6th overall and 1st in class. That set the stage for my race the next morning (with the finishing position always determining the starting position for the next run), in which I managed a 9th overall and 1st in class, to take home the hardware. 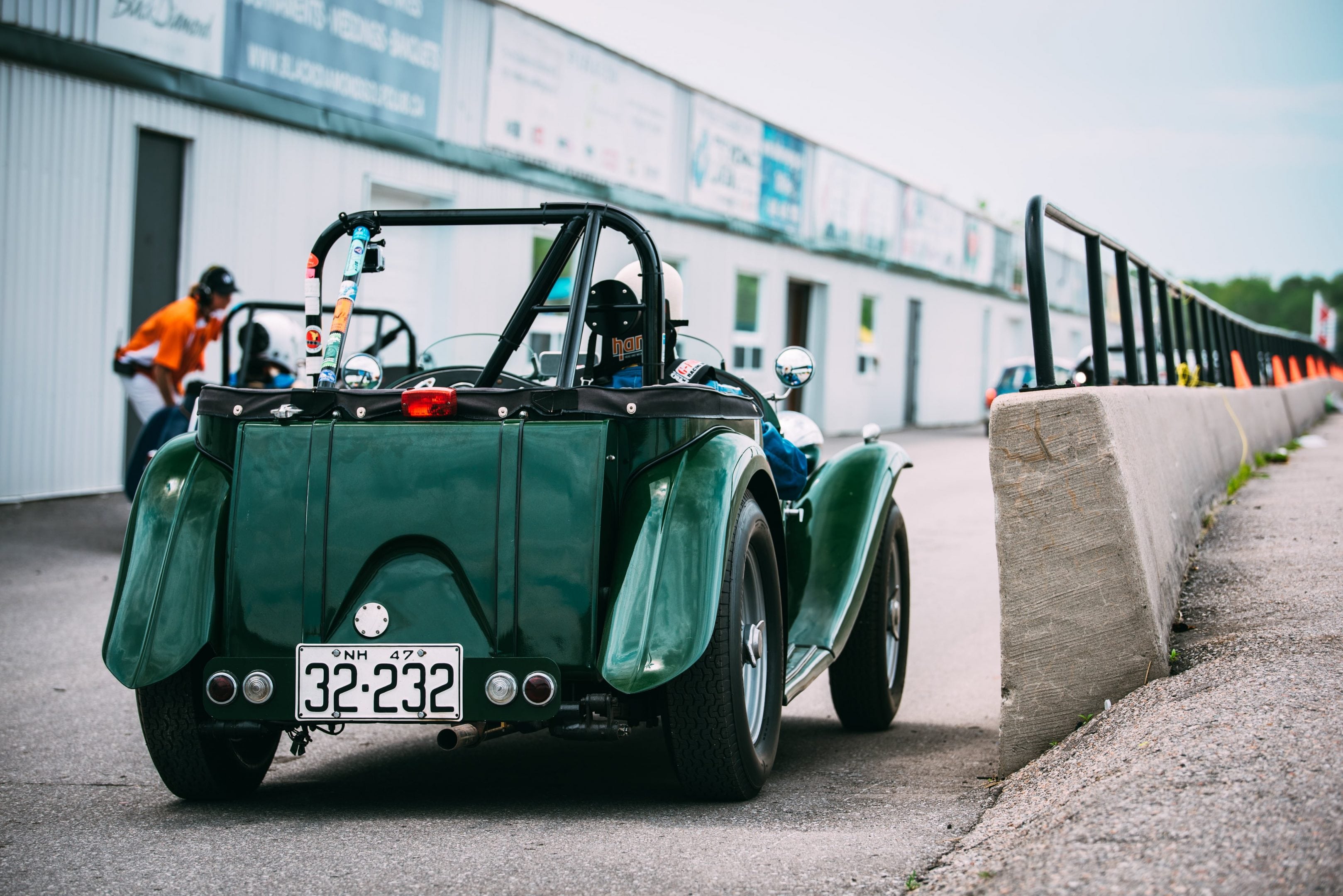 I have to mention here that Toyo Canada had afforded me a set of their new Proxes R888R to try out, while I had been running the R888 over the past few years. This new tire proved to be phenomenal in both, wet and dry conditions. More on that in a future Provinz article.

I would be amiss to not mention our former Provinz editor Emily Atkins, now driving a BMW M3 in the Classic Group 90+ and our Provinz Graphic Designer, Doug Switzer, driving a Formula V car in the event.

Other Porsche drivers who competed at the event, in no particular order, include:

The Adriatic with the Top Down