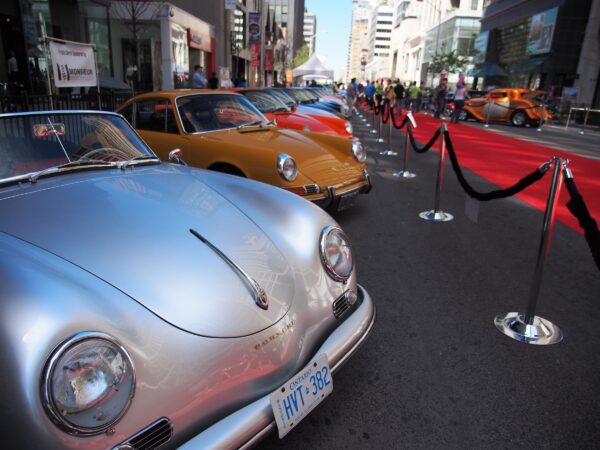 This past Father’s Day, June 15, over 90,000 spectators walked the red carpet on a closed section of Bloor Street West between Bay Street and Avenue Road in Toronto to see 120 of some of the finest cars that southern Ontario’s best car clubs have to offer.

It never ceases to amaze me how this little project grew from a simple, two car-club affair with modest goals to an enormous event that that seems to have taken on a life of its own. The Yorkville Exotic Car Show has now just wrapped up its fifth annual event and it continues to keep the entire crew of volunteers scrambling just to keep up.

Our biggest concern is finding enough room to host all the car clubs that apply for a car corral each year along Bloor Street’s “Mink Mile”. It’s a good problem to have, but every year some tough choices have to be made when it comes to extending the car club invitations.

In addition to the perennial fan favorites this year from the likes of Porsche, Ferrari and BMW we added two specialty groups; the Super-Car corral and the Mustang corral. The former joined us out of a new relationship formed with Saturns Drives, a unique group of ultra-high end car owners with a penchant for weekend fun runs and the latter as a celebration of the 50th anniversary of the Ford pony car.

In addition to the attendance record this year, we also set a record for the charitable donation to Prostate Cancer Canada. The event is and always has been free to the public. This helps us raise prostate cancer awareness in addition to the $41,200 raised through the generosity of our corporate sponsors and on-site donations. 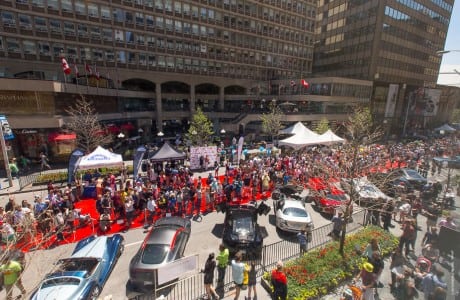 Bringing this show together every year probably takes about 150 hours of preparation for every hour of the five-hour event. That’s a lot of work but the 2014 crew did an outstanding job pulling it all together even during those times when the event seemed to be getting away from us. So thanks again to the crew: Ray Bedessee, David Biesinger, Robert Cutler, Heather Downe, David Elsner, Dave Da Silva, Garth Stiebel, Arnaud Majstorovic, Ronan McGrath, Vassil Staykov, Saturn Ador Dionisio and May Luk and Karen Yolevski. 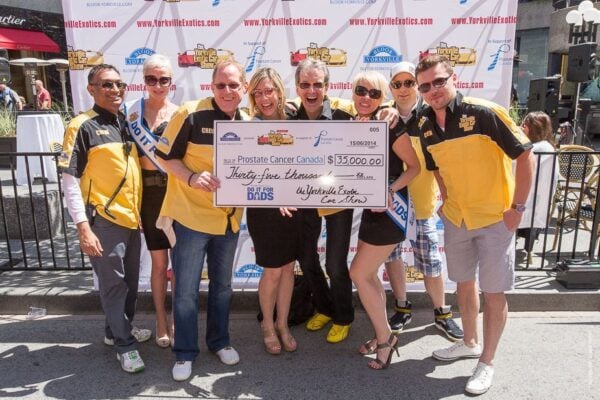 Finally, to all the car clubs, drivers, owners and volunteers, we owe you everything, for without you there wouldn’t be a show. Thank you all and until next year, drive safe and be courteous out there.