Home »Provinz»The Adriatic with the Top Down 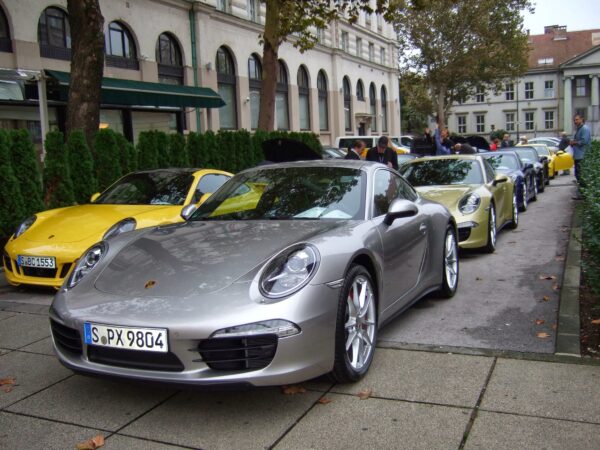 A Porsche tour of Croatia

I had visions of driving the winding roads of the Adriatic with the top down and the wind blowing through my hair. My neighbours, who are Croatian, have said to me over the years that I must see Croatia and the steep cliffs and azure blue waters of the Adriatic. The most beautiful in the world, they raved.

Well, I have just finished a driving holiday of Croatia with UCR track buddies, Sidney Kremer and John Walenta, as well as my university roommate, Shelley Ostep. Croatia is a magical place and just what I savour: undeveloped, off the beaten track, not commercialized, and with absolutely lovely vistas, whether of the Adriatic or the interior mountainous regions. And driving the narrow, twisty forest-lined roads and curvaceous coastline cliffs of the Adriatic in brand new Porsches was an exceptional treat.

We all met in Zagreb. The tour included 18 people from around the world, including Australia, Hong Kong and United States, along with our Canadian UCR contingent. And we had a fleet of brand new Porsches including the C4S, Cayman S, C2S and Boxster S awaiting our arrival. I had specifically requested a 911 cabriolet, preferably red. I squealed with delight when I saw our silver C4S Cab with red top and red interior and our name in it. Over the week, I tried every Porsche model and loved them all. Of course, they all drove so differently, but the new Cayman S had fantastic maneuvering capability and was so much fun to throw around the twisty corners. The C4S was exceptional on the mountainous roads and handled elevation changes with rhythm and speed. The C2S was a group favourite –a lively sprite. 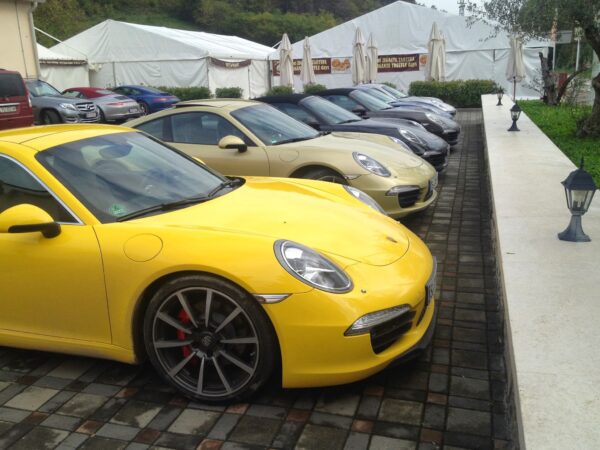 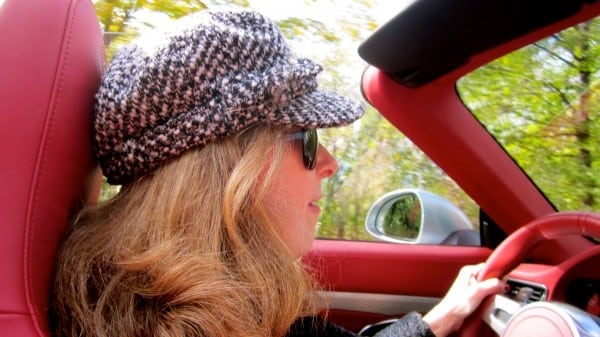 And in proper Porsche style, the driving was the highlight. We experienced tight corners, mountain passes, hairpin turns, narrow roads through countryside villages and the curvy roads and fjords of the Adriatic coast. None of that boring highway stuff. Kudos to our tour guides, Jorg Bauerle and Michael Durr from Stuttgart, for scoping out perfect routes and showing us a wonderful time for this first ever Porsche Tour of Croatia. 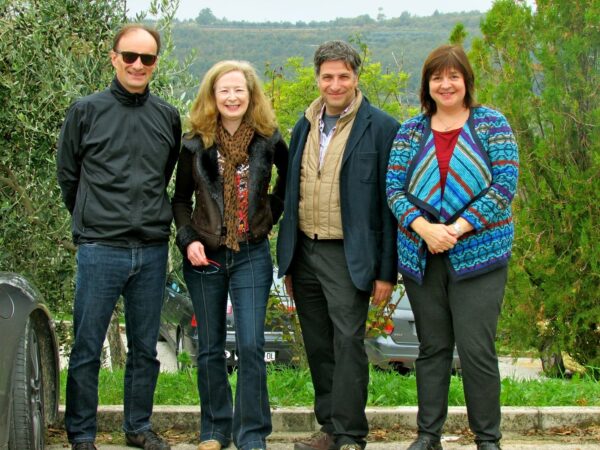 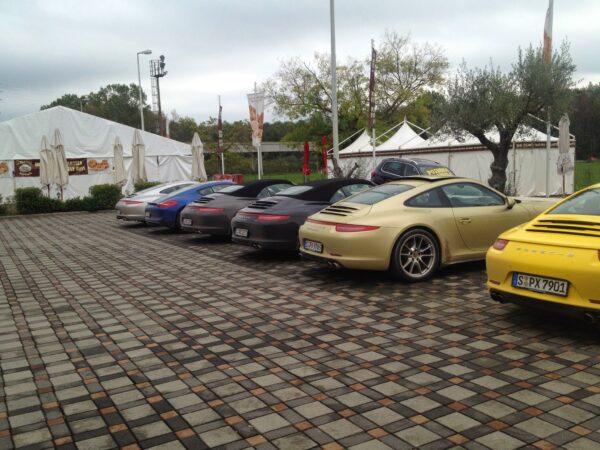 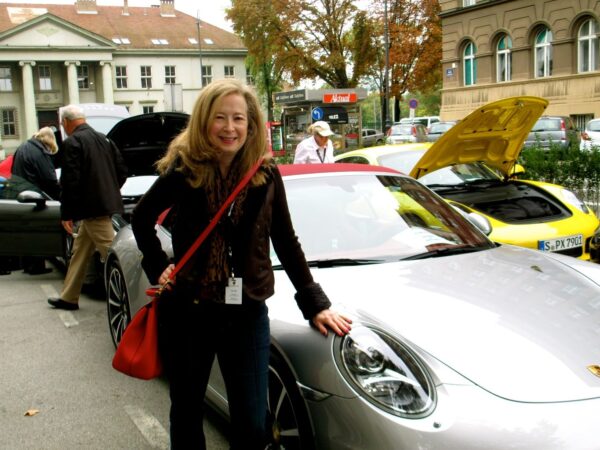 We toured the Istrian Peninsula, which is the northwestern part of Croatia, bordering Slovenia, and close to Italy. The hotels exuded luxury and the meals were long and sumptuous. Being the height of truffle season, we savoured white and black truffles in many dishes including truffle ice cream. We visited Opatija, also known as the Riveria of Croatia and Rovinj, where we were whisked off by ferry to an island for a luxurious dinner of locally caught fish and seafood.

My favourite part was feeling the wheel of my Porsche as I drove the coastline road of the Adriatic at speed. I felt the rhythm and flow with all of our Porsches driving in tandem, perfect distance between us, at speed with spoilers pointing upwards. I felt at one with car and road. 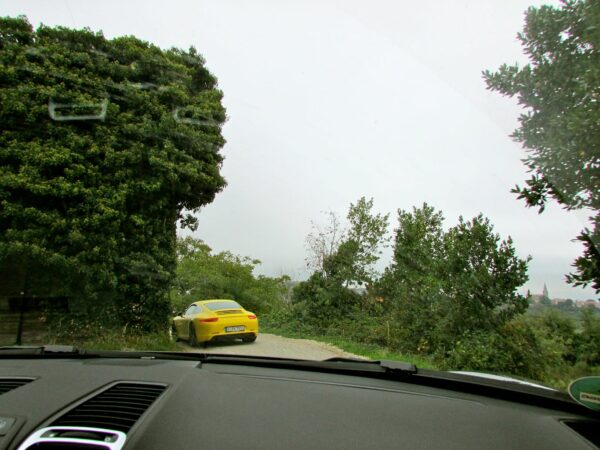 I enjoyed the camaraderie of our group. We mingled and got to know each other over leisurely meals. We shared stories of our favourite roads, cars and towns and our lives back home. This was a well-versed group, all with Porsches at home, so the talk of Porsche was everywhere. I feel that I have many new friends to visit and I hope they will visit me too.

The trip ended with a run back to Zagreb, partly cloudy, partly sunny, top down and wind blowing through my hair in my Cab with the red interior, smiling silently as I saw the gauge touch 175. Shelley and I were teased by one of the couples on the trip, saying that they always had a “Thelma and Louise” on a driving tour. This Thelma and Louise trip ended well.