The Baby Has Arrived! Porsche Macan: The Little Tiger

Married to a Malay for 25-years, I picked up the basics of the Javanese, or older version of the Malay language that’s spoken by the Malay community in Sri Lanka who migrated there over 300-years ago during Dutch colonization. It is a mix of Indonesian and Malaysian where the word Macan comes from, so knowing the word well, I couldn’t believe it when Porsche announced the name of its baby SUV in 2012. Macan means Tiger and that’s a bad word in Sri Lanka because the group calling themselves by that name destroyed the resplendent isle where I come from, so I have mixed feelings about the name and when I drove the newest version of the Macan, I felt just as mixed.

Porsche announced in March this year that a base ver­sion of the Macan would be added to the lineup. Gesta­tion period was about six months and we were invited by Porsche Cars Canada to a special Macan launch event to test this vehicle that’s simply known as “Macan.” That’s right, no letters or words after the model name!

It is the lowest priced, but super fun entry-level model offered in Canada by the marque, starting at only $52,700. This car starts at $47,500 in USA, and at current conversion would be CAD $60,180 and such a bargain in Canada! The car I drove had two options, 19-inch Turbo Macan wheels and the Sport Chrono Package less Navigation, totaling out at $57,185 (that included $1,115 PDI) before taxes on the Monroney label. As an entry level car, I wouldn’t order both of those options because 19-inch tires cost more to replace and Sport Chrono drops the 100km/h time to 6.5 seconds from 6.7 achieved by its standard in-line four-cylinder 252 HP turbo two-liter seven-speed PDK + PTM (traction) package with 273 lb-ft of torque between 1,600 to 4,500 rpm. So what do you get for $52,700 Loonies?

A fully capable SUV, active all-wheel drive for our weather, enough room for all that gear for your up and coming goalie, a foursome or a summer family jaunt to the cottage or a road trip wherever your dreams take you economically at 9.3-liters per 100 km.

The new PCM works flawlessly and easily connects to your smart devices. It will even bring your Apple iPhone’s screen up on the high-resolution seven-inch touch console with full voice commands for complete hands-on driving when mom calls. Its redesigned user interface offers intuitive input when the proximity sensor detects your reach and relevant menu contents are shown, which can be controlled with multi-touch gestures.

In March this year, I met up with some friends in San Diego, CA and drove off-road on the hills surrounding the city. We had Cayennes and a Macan S that per­formed just as well as the Cayennes off-road on trails rated level three to four that really surprised all of us on the convoy. We forded streams, drove on three-wheels over rocks and ruts where the fourth-wheel was not making ground contact and the Macan never felt less surefooted than a Cayenne.

Then, why was I so mixed-up emotionally about this new baby? Just as every parent knows, all their children can do everything when their minds are set or they are guided and parented, this new Macan will do it all, but if you want fast results, keep it in manual and hold those gear changes a bit longer for that peppy surge you’ve come to expect from every other P-car, but if a quieter more relaxed trip is what you are on, then let PDK do it all for you. No turbo-lag, just put your foot down to get up to cruising speed off the on-ramp to the 401 in 7.5 seconds.

This baby knows how to have fun! Smiles guaranteed! 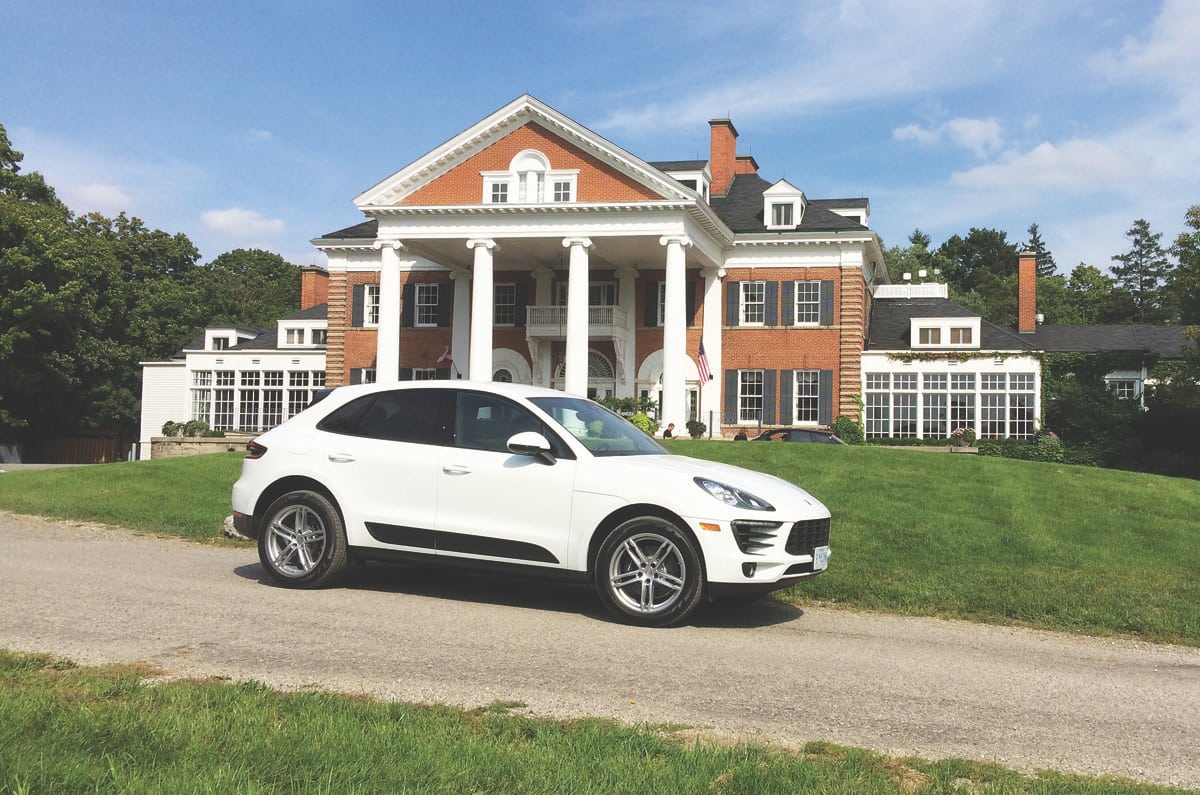 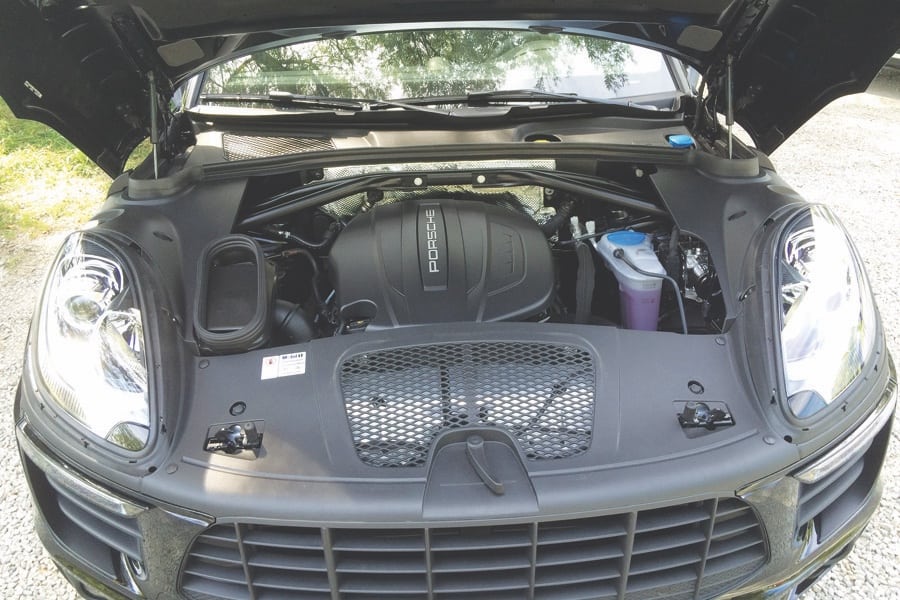 Taking on the Targa