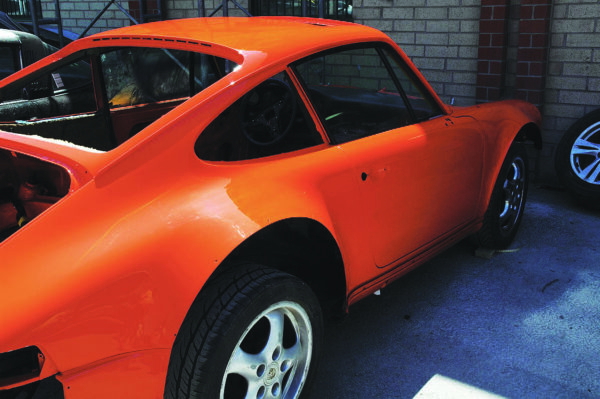 Continuing at the point where I left off last month. At this stage I am totally committed to my 934 build, I can no longer undo what I have done without a heap of work along with insurmountable mind-blowing headaches.

The flare extensions took some serious shaping and without the use of Digital Reading equipment I had to go old school. I had the luxury of the trusty old, foam, balsa-wood, resins and quite a few square meters of various fibre cloth, a saw, knife and tape measure to try to mirror each side as though they both came out of the same mould but in negative. When making body panels mirrored, it is really tough to do but at the end of the day you can only do what you can do. For me it had to look next to “perfect” from every angle, no exceptions. When I was making body panels for the 934, 935, RSR and other race cars in the 70s and the 80s we didn’t concern ourselves with aesthetics so much, in most races we nearly always finished with scars or worse, so the fitment wasn’t so important which was the same attitude the “Werks” Team adopted. Things changed on the 911’s once the cars were going so fast that the aerodynamics were seriously compromised if the panels didn’t fit like a glove. 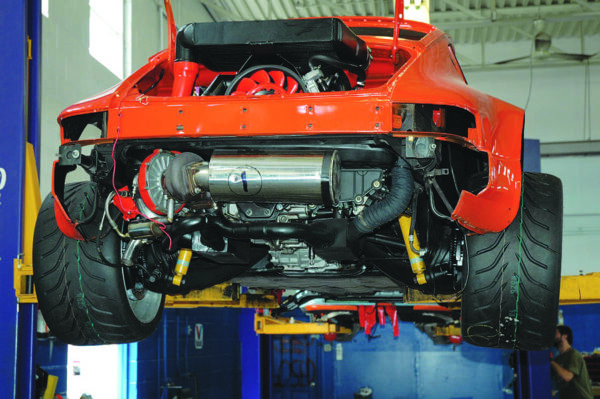 Matching the front and rear apron so they would match up perfectly with each fender extension took some serious work and after finally locating original rubber beading from VW, everything else just fell into place. Finding the correct button-head bolts in black with a tapered rounded edge was proving a little bit of a challenge, they had to blend in with all the fender extensions and to look as good as the Werks 934. After a few conversations with my contacts at Wurth, a solution was found. The problem with them was the way they are manufactured that gives way to the possibility that they could rust and corrode even with the coating they came with. I couldn’t get them in black stainless so I came up with a solution which was to drill out an alloy sheet with enough holes to hold all the bolts for a one time shot, the treatment that worked was to get them all “cherry red” hot a few times over, quenching them was not necessary but as the bolts cooled down during the third phase, I doused them with high temp paint, once cooled I ran the gas axe over them one last time which helped with the curing of the thinners in the paint, It worked perfectly. They have been in place coming on four years and still no signs of rust, but having an allen-head centre left them vulnerable to collecting and soaking in water and no matter what kind of bolts you use there will always have some sort of corrosion. The fix, I will tell you in the next and final installment of the rebuild story.  After the tiresome and repetitious body modifications came to an end the rest of the 930 was dismantled and sent for paint. Jack, at Newlife Autobody, who happens to be one of the best in the business has done all my painting projects and the paint for my customers for the last 14 years. Unsure exactly what colour I should go with it came down to four choices, Gulf Blue with Orange stripe, Gulf Orange with Blue stripe, Signal Yellow and being one of the original colours on the RS and RSRs it was right up there for 1st choice or go with the always awesome Jaegermeister Orange? Jack painted four sample cards, it was quickly obvious as to what colour to Go with. How can you possibly turn down the “Jaeger” Farbe? it was the most perfect colour and matched the 934’s back in those never-forgotten years. The Kremer Team always campaigned a Jaegermeister Sponsored Porsche all the way through to the 956/962’s. Just as a footnote to this story, the “Herbal Shot” makers also sponsored Ford Capri’s, BMW’s, Mercedes, Ferrari and even motorcycles, they were the “Red Bull” of their time. Wanting to satisfy my curiosity and to quash my seriously twitching nerves I went to the paint shop for a final inspection. I was totally knocked-out as the once dark brown 930 resembled nothing like the way it was the day it departed Zuffenhausen, it was absolutely stunning and now the 930 was heading back to my shop for its final phase.

During the process of finishing the paint I had to plot a solution in regards to what engine I would build, I could reuse the original 3.3-liter, which I still have or build a 3.6-liter 964 engine and turbocharge it. I decided the 964 option was the way to go, I used the original crank and block, the cylinders, the heads and the intake manifold, but all had to be modified to handle the power of the boosted intake pressures. I have my own Cam Profiles and do all my own cuts on the valve seats and with the 964 heads already fitted out as a twin plug my work was made easier for me. I do calculate compression ratio with most of the engines I build and CC’ing the heads is very important for well-balanced combustion chambers, all done with a measuring burette whilst not forgetting to do a full port and polish on the intake ports, you cannot touch the 964 exhaust ports as they are Porcelain Coated and cannot be modified, for all other engines this is not an issue. I use JE pistons which are great for any engine, though the only down side to using the JE manufactured pistons is they can be quite noisy particularly during warm up. Their calculated expansion on an Air-cooled engine is taken into account during the manufacturing process, JE uses slightly different alloys than the original Mahle Pistons so expansion rates are different. Building and modifying any Porsche engine is a long process and is extremely enjoyable if done correctly, but if you get it wrong it can become a terrifying and expensive exercise with the distinct possibility of pissing-off your Spouse with you probably sleeping in the garage, so be careful. The pay-off to a job like this is you will truly have the Porsche of your dreams, anybody can buy a new Porsche but not everybody can build one to their exact needs.

Next month will be the final and completion of this 934 tribute Car. 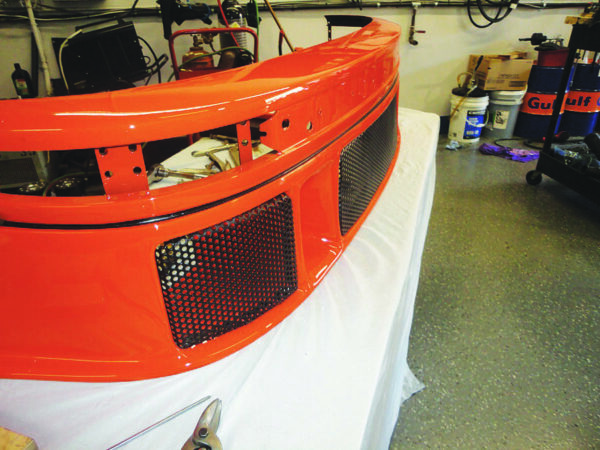