THE COLLIER COLLECTION REVS IT UP

A visit to the very posh Revs Institute in Naples, Florida 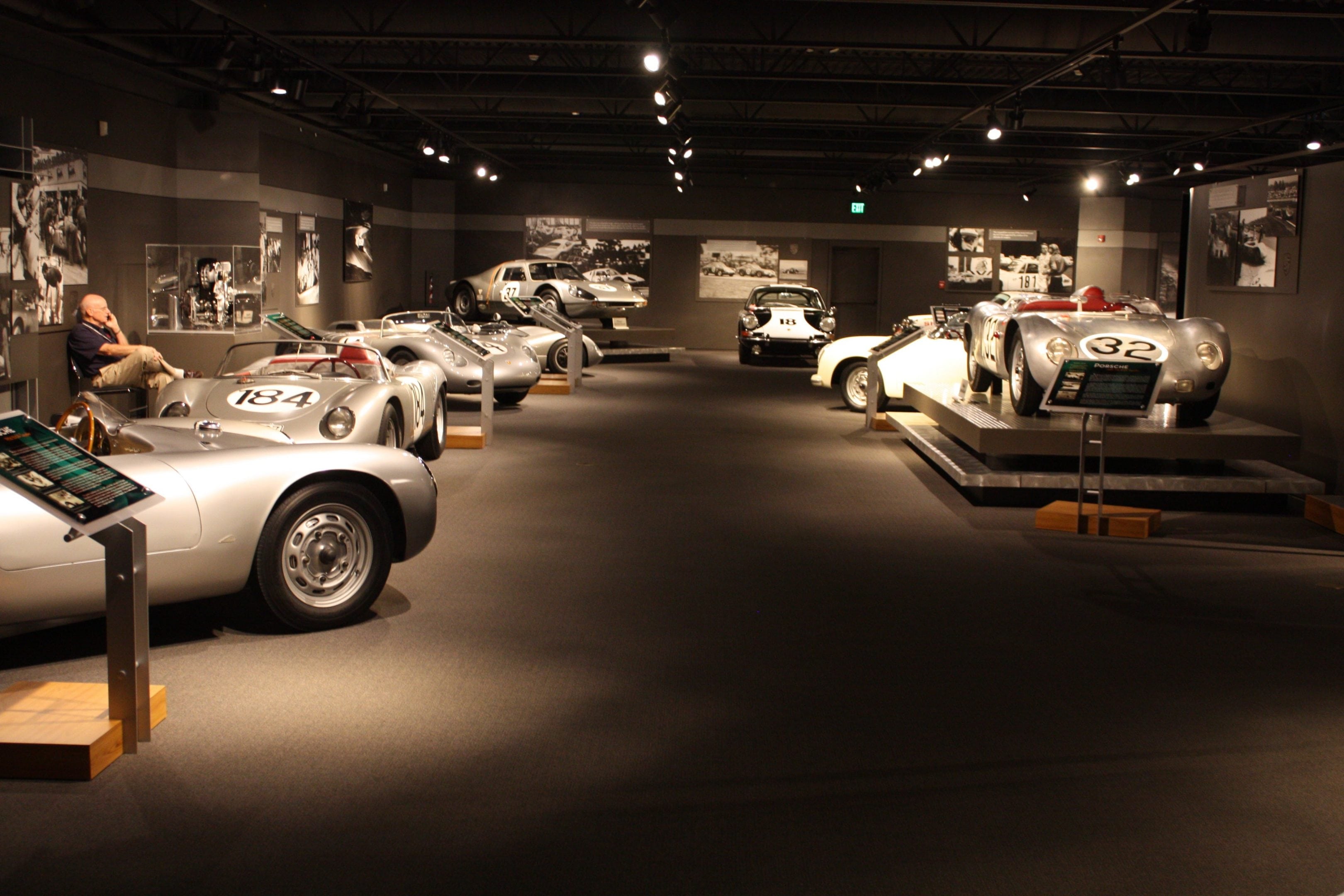 You can call me old-fashioned. I am. That’s why I like to race vintage cars and I get all misty-eyed over fine, old analogue machinery while all the current and latest whiz-bang gadgetry on wheels leaves me cold. So, on a recent trip to southwestern Florida, I indulged my appetite for cars that at least theoretically, I could actually work on and understand, and went to an interesting and delightful museum.

In spite of the midweek traffic, a beautiful, sunny day made the almost 2-hour drive down from Sarasota to Naples quite enjoyable. Upon reaching Naples we followed our directions into an upscale but kind of nondescript industrial area where we came upon the equally nondescript, almost windowless low building with a simple low sign out the front that said “The Revs Institute for Automotive Research”.  Once we entered the building and were greeted by a very cheery woman at the check-in, our pre-ordered tickets were scanned and we were given programs and pointed on our way. The lobby was impressive with a trio of red sports cars straight ahead on the raised landing above the ground floor. To our right was a Ferrari 250 LM and to our left a very tidy Lotus Elite and a McLaren F1. This is a promising start! 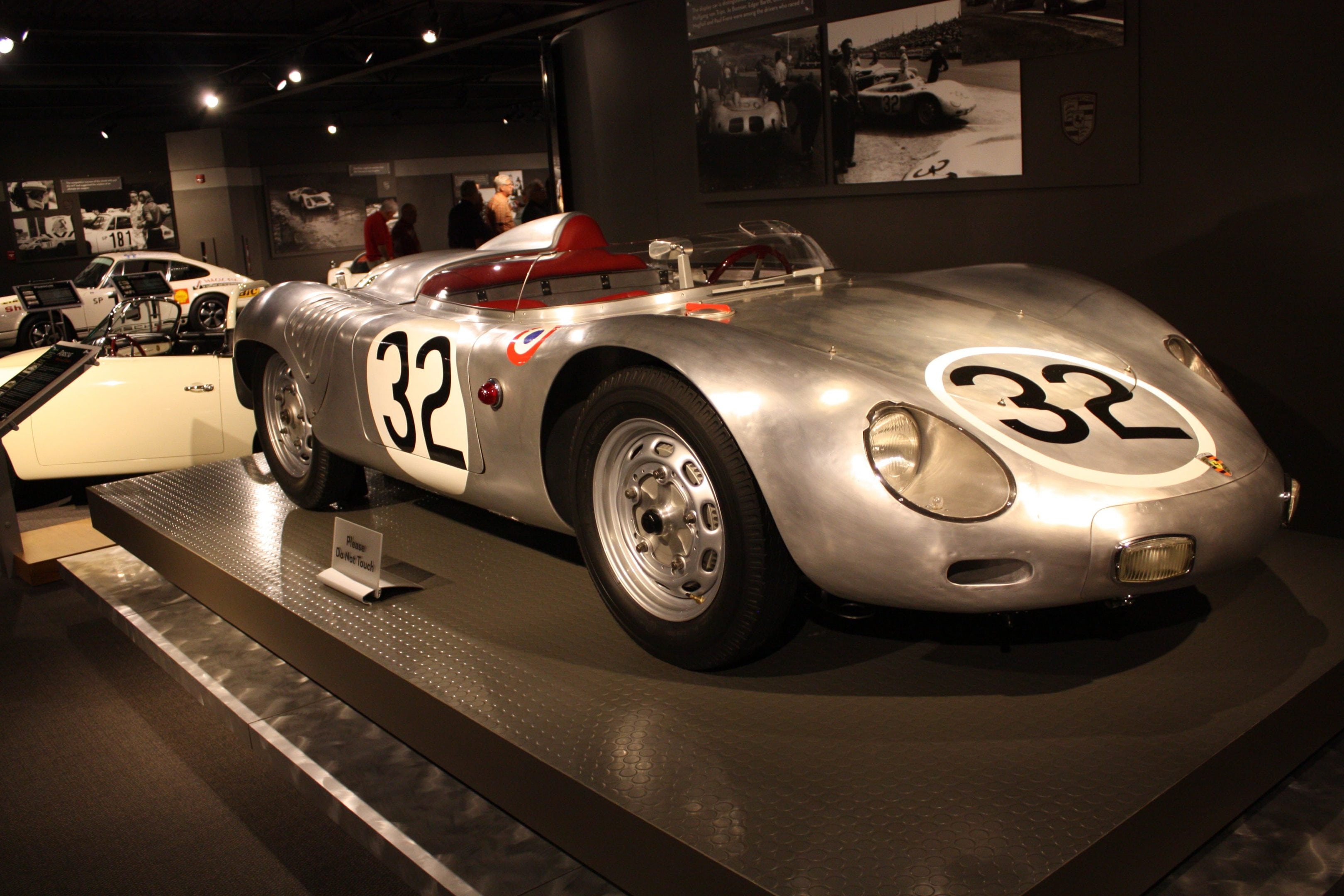 Beyond the Ferrari is a sign over a doorway that simply states “Porsche: Designed to Excel” … and beyond that, an Aladdin’s cave of historical Porsches.

Gazing down the subtly lit gallery you can take in— almost all at once, Porsche’s racing history from just after WW2 to the late 60’s. There’s 550 coupes, spyders, various versions of RS racers and even a beautiful Porsche/Elva and street versions of some of Porsche’s most coveted creations. Rounding the right turn at the end takes you into the realm of the 906, 910, 908LH, 917’s and other exotic machines of the 70’s. 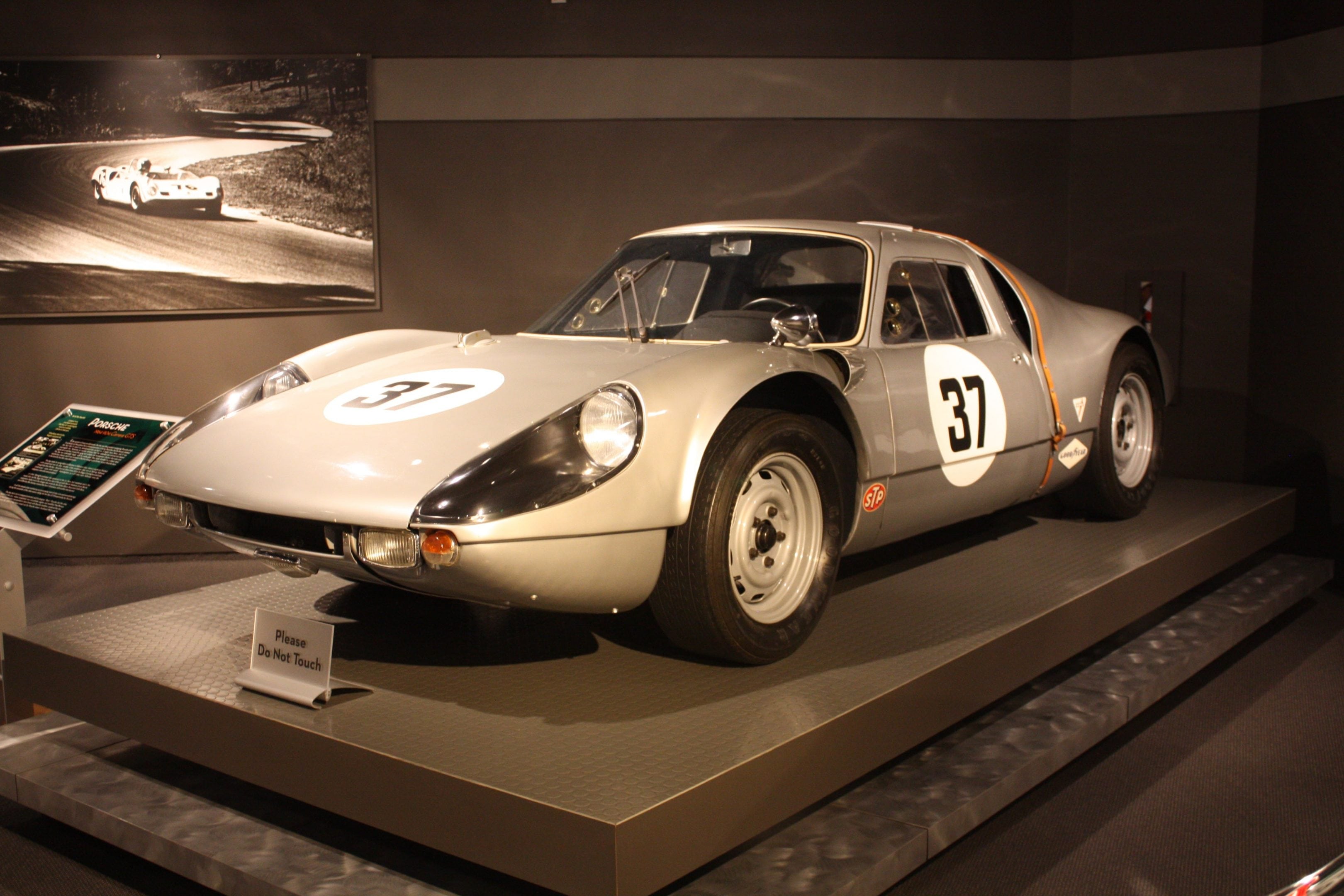 Apart from the wonderful collection of Porsches, there are several more galleries filled with other mechanical wonders. There’s a section dedicated to automotive nobility: Bentleys, Roll-Royce, Packard, Duesenberg, Alfa Romeo, Lancia, Bugatti, Stutz, Mercedes and Isotta- Franchini. There’s another area housing sports-racers along with some American icons of motorsport like the super-rare Corvette Grand Sport, one of 5 built. A Scarab sports-racer and a pair of Ford GT40 Mk2 LeMans contenders occupy adjoining spaces.

Oh, and those 3 red sports cars in the lobby? Another Porsche 904, an Abarth Coupe and an Alfa-Romeo TZ Zagato coupe! You climb the stairs past them (or take the elevator) to the second floor and find yet another couple of interesting Porsches in the Racing Cars and Racing Men Gallery. There’s another 550 Coupe in Carrera Panamerica trim and an intriguing Behra-Porsche Formula 2 car that’s nestled in with a pair of John Cooper’s Formula cars. Also of note are the ancient Mors Grand Prix cars, yet another Bugatti that’s unrestored and a Ferrari-Lancia as well as a mighty Mercedes W154 and a mid-sixties BRM F1 car… it all just seems to keep coming! There’s a wonderful mid-sixties Eagle Indy car and a late 70’s iteration as well. The last car we saw in the racing gallery is an Arrows Formula one car. It’s also fitting that there’s several landmark engines on display throughout the buildings and the whole collection is really breathtaking both in its scope and presentation.

Brian Redman said the 908LH was so fast and such a handful it “scared him stupid”. Regardless, they won with it at Spa.

If you are in the Southwest Florida area, do take it in, but be forewarned, you can’t just pitch up at their door and expect to get in. To keep the crowds and reserved group tours under control, they require you to pre-book, which is easily done online through their website at https://revsinstitute.org/ 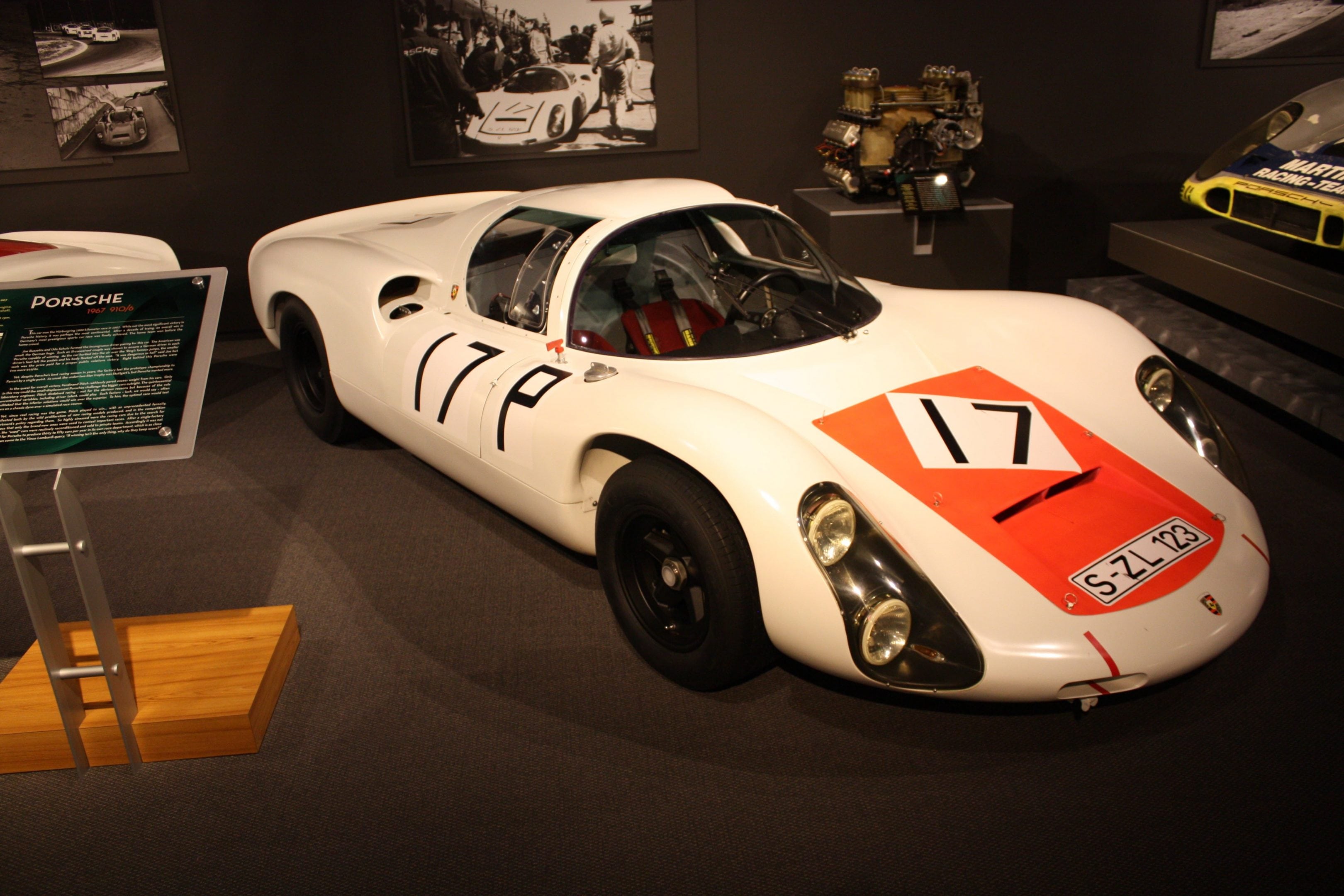 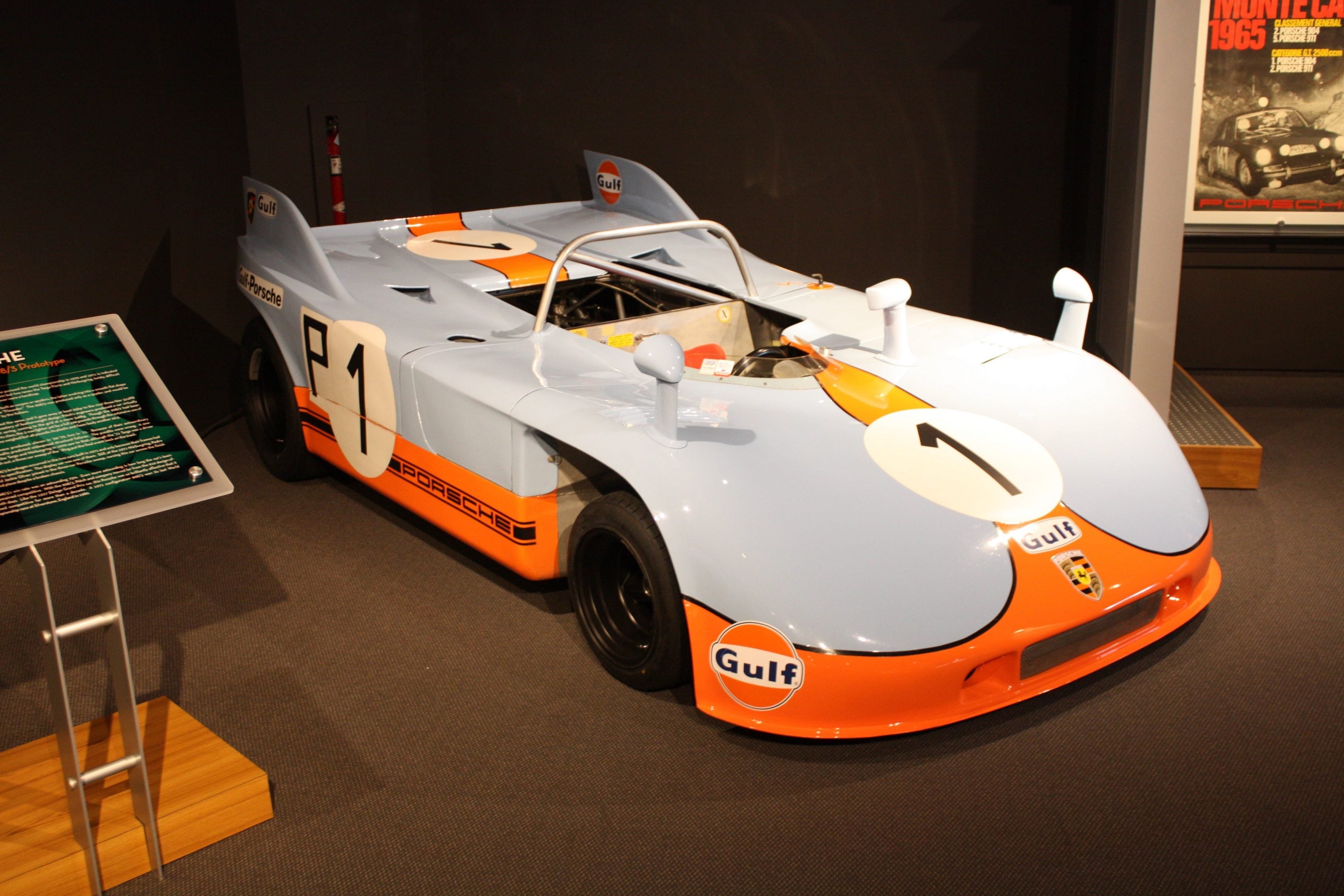 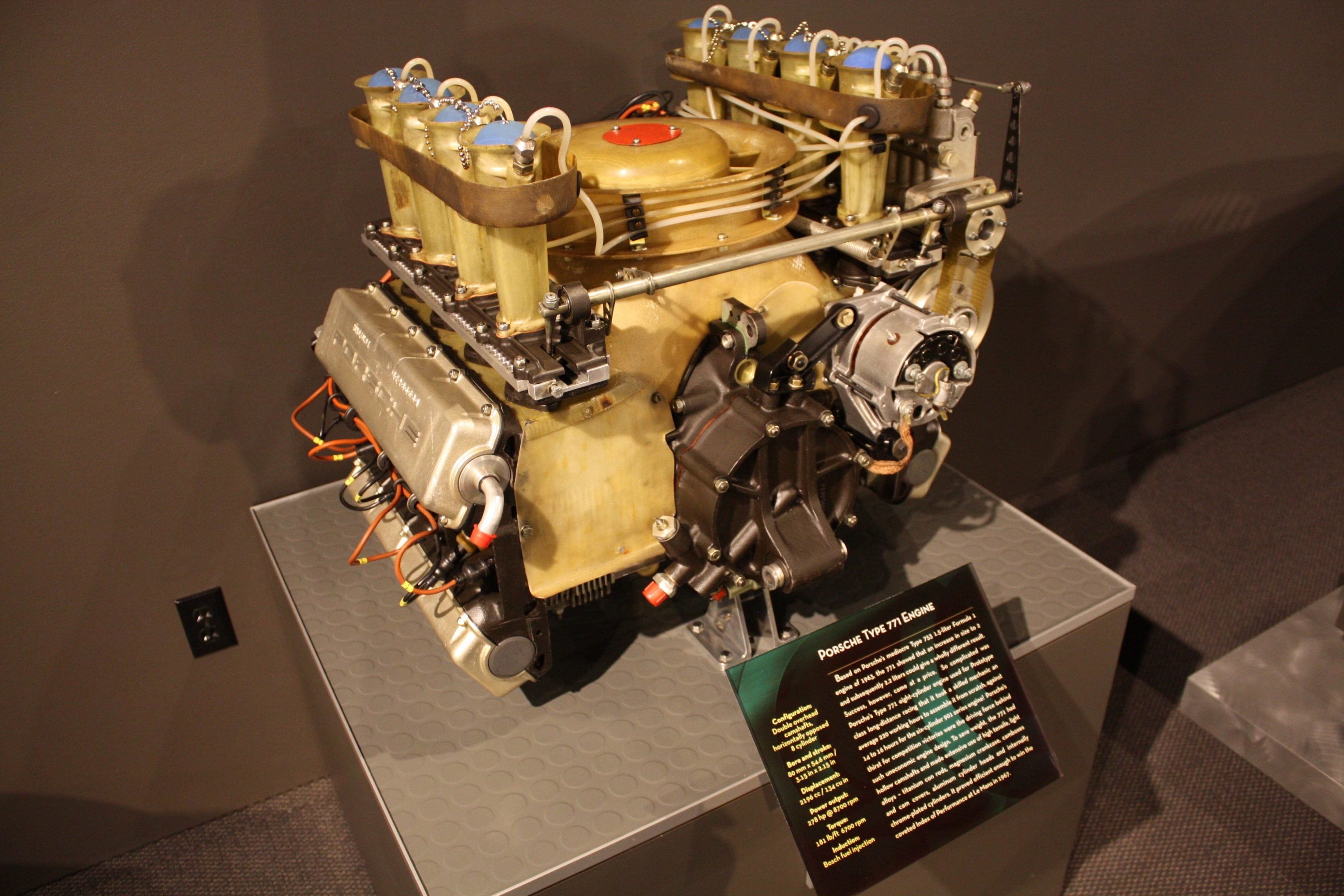 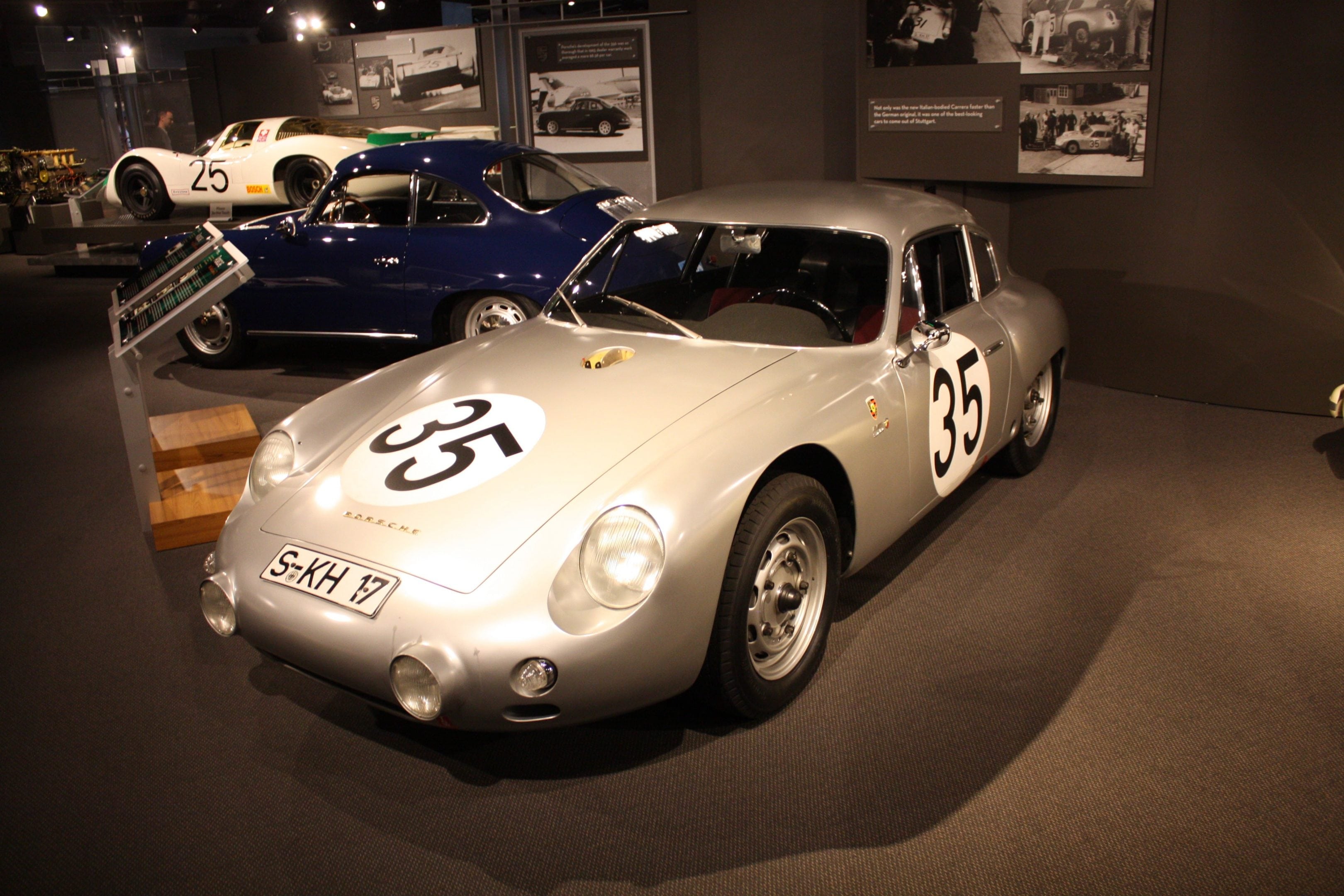 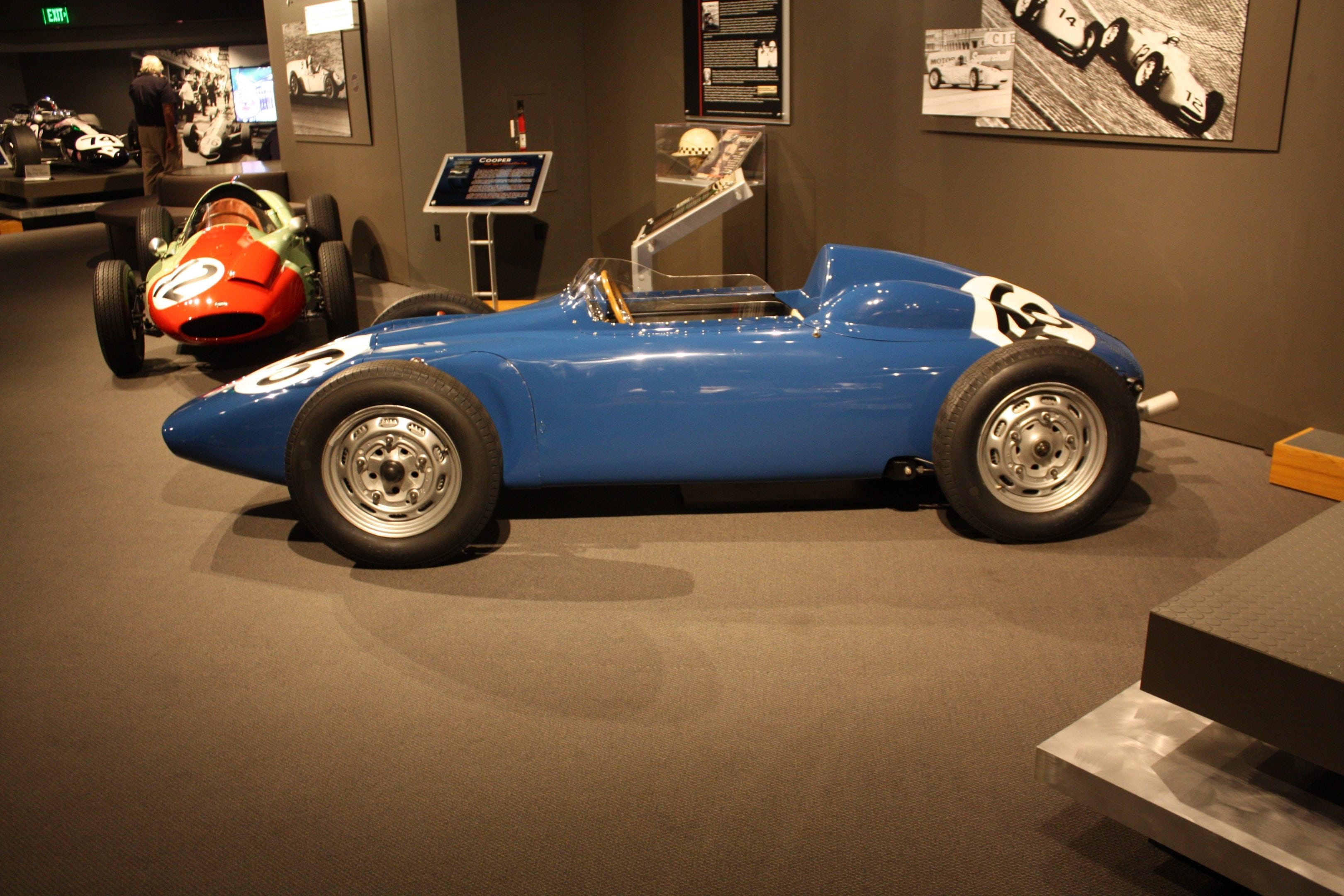