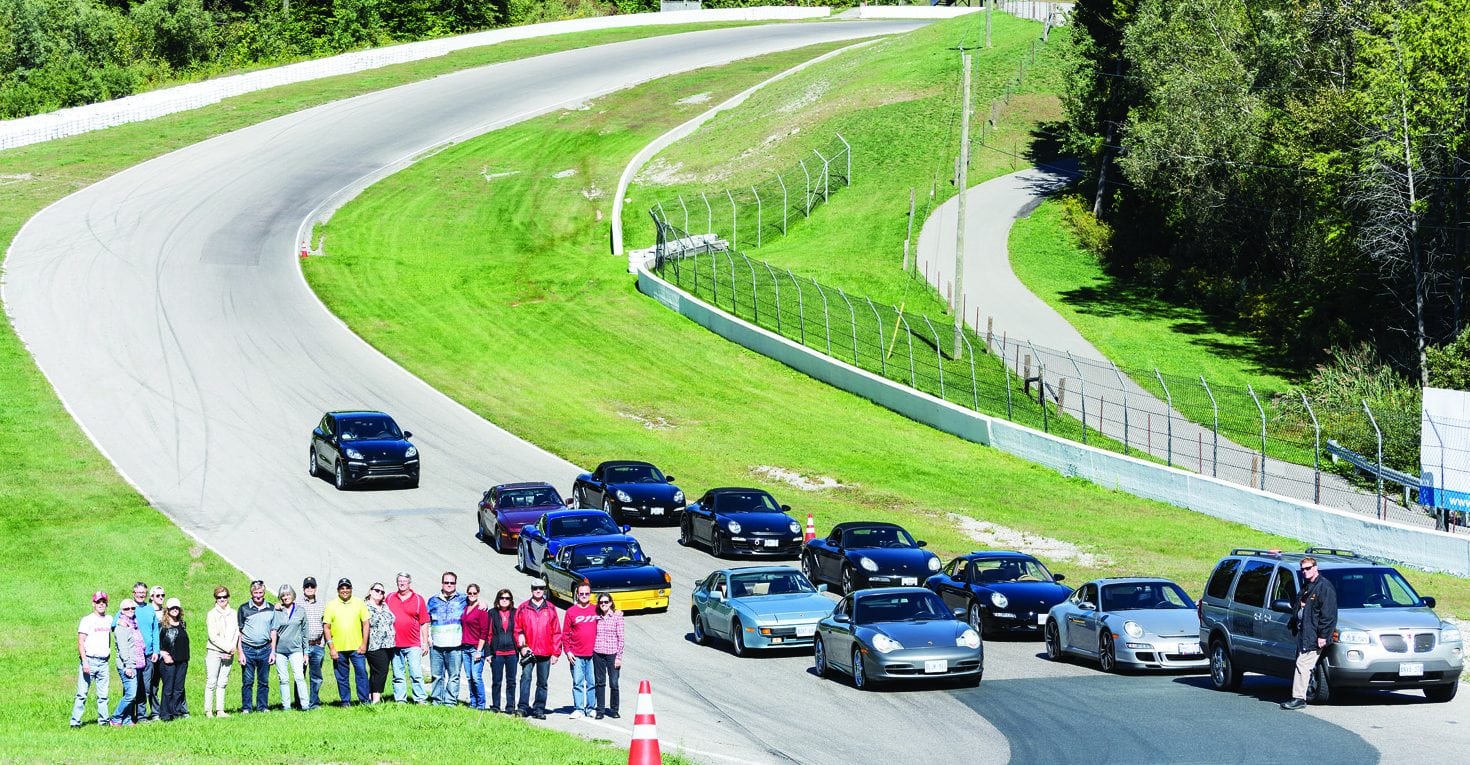 After such a long hot summer, it came as a bit of a surprise to step outside at 6am and find my trusty 944 covered in frost. But with coffee in hand and heater on full, I and twenty-five others set off toward Porsche’s new Canadian headquarters for a drive that would prove even more exciting than what organizers Randy & Michelle Gananathan had prepared us for.

After the morning briefing and some collective gazing at David Tipton’s 914 ‘Bumble Bee,’ the group rambled off toward Port Hope. Unseasonably warm water temperatures meant that the salmon had yet to begin migrating upriver en masse, but there were still an eager few trying to get up. Randy had something else up his sleeve, however, and from here the group raced on to its first surprise – a visit to the UCR Driver’s Education folks at (ahem) Mosport! 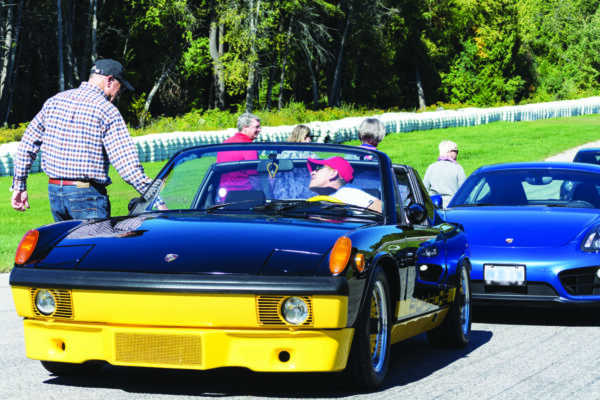 For a group of track novices, running a few touring laps behind ‘Super Dave’ was a fantastic opportunity. With explanations from Dave along the way, the run offered a lot of perspective on many of the challenging features of the track – and how skilled drivers can use them to their advantage. The course’s undulating terrain was perhaps the most notable of these, as we experienced on the downward slope that leads into the steep incline at turn 5. Dave articulated how gravity could be harnessed for acceleration and deceleration, pulling a skilled driver ahead at full throttle before compounding their braking force as they climb into the 90-degree corner. As a new member who has dreamt of hitting the track since childhood, this experience has only deepened my enthusiasm for the DE events to come next year. Tire budget permitting, of course. 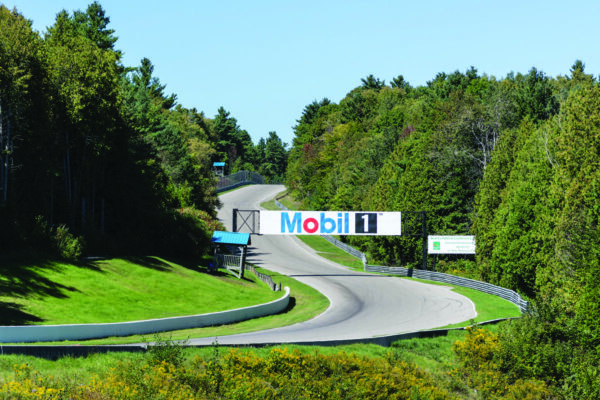 After clearing the track and letting the DE guys get back to making noise, the convoy carried on toward Picton. Following a variety of scenic country and twisty lakeshore roads, we proceeded to the Sandbanks Estate Winery for an insightful tour of the vineyard and the winemaking process during their annual Harvest Festival. We each enjoyed sampling a variety of Sandbanks’ delightful wines, and even sampled freshly crushed grape juice from the day’s harvest. Almost everybody purchased a bottle or two!

As if this wasn’t enough, however, Randy and Michelle finally revealed why they had brought their Cayenne instead of the 964. Luring us to the back of the car with apparent concern for all the bugs our cars were likely to pick up on the journey home, Randy presented each of us with a bottle of Tequipment insect remover. Then, surpassing everyone’s expectations with another act of generosity, the Gananathans presented each of us with a pair of their own wines for us to enjoy at home! Though I’m not sure what occasion I will end up cracking my bottles open for, I look forward to the stories I will get to share when I do!

The journey concluded with a quiet drive and peaceful dinner overlooking the water at the Picton Golf and Country Club. After twelve hours of scenic roads, jumping salmon, track time, and those exhaust notes that give you a warm fuzzy feeling, we all fueled up and parted ways. The pleasant autumn weather that was better than any of us could have hoped for, and many of us relished the opportunity to put the tops down without either roasting or freezing. Though Randy may have been disappointed that the salmon had yet to start running and the colours to peak, we had a fantastic group of people come out for some great company along some wonderful roads!

A Visit to The REVS Institute