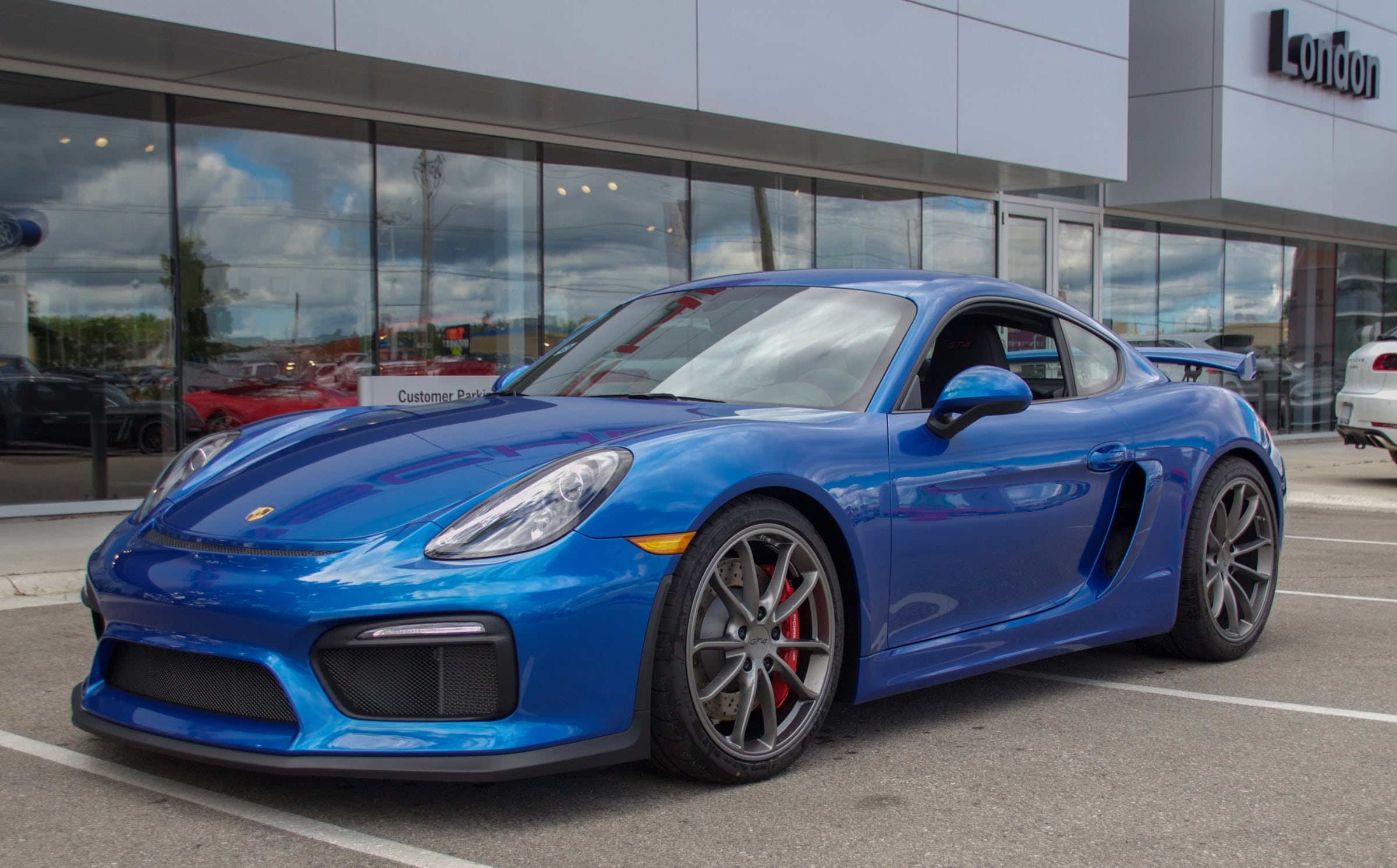 There is nothing that can make the heart of a Porsche enthusiast rev faster than the anticipation of getting out on the road with a group of fellow Porsche owners. As we pulled into the parking lot of Porsche of London on the morning of Saturday Sept. 12th we were greeted by an amazing variety of cars assembled in neatly formed lines, all of them clean and shiny and raring to go.

Once again, Mike Salter and his enthusiastic and ef­ficient team from Porsche of London were well prepared and organized. Forty-four Porsches and over 80 owners and their navigators joined in the fun day. The Porsche London team placed each car in one of four pre-deter­mined groups that were scheduled to depart in fifteen-minute intervals. After a quick registration process and a safety briefing by Mike, we were off, maps in hand. My husband Greg and I pulled out of the dealership in our Cayman right on schedule at 09:45. Our destination was Port Dover, approximately 145 km from London.

It was cool with a definite hint of Fall in the air but the sun was shining in London. The weather report however was a bit dismal. Rain was forecast for the area around Port Dover. The optimists in our midst chose to ignore that warning and some tops stayed down. A quick trip through the west end of London put us on the road to­wards St. Thomas. As we passed through St. Thomas the skies darkened and a light rain started. That rain would dog us for the rest of the Fun Run but it did not put a damper on the event. As one of our group cheerfully commented, “The Fall Run is my annual windshield wiper test.” The drivers of the Box­ster “S” and the Spyder ahead of us persevered and the tops stayed down until our first pit stop. Porsche owners are a determined bunch!

…We had the place to ourselves! The benefit of rain and cold!

The Fun Run route was as varied and diverse as the cars and owners who were participating. Heading southeast we hooked up with the Lake Erie “Waterfront Trail”. For those of you who have never taken this route, I would highly recom­mend it. It’s a part of Southwestern Ontario that we were not very familiar with but we’d definitely explore more of it in future. Our first glimpse of Lake Erie came as we travelled along Dexter Line heading towards Port Burwell. Looking out at that cold, grey lake it was pretty clear that the summer season was waning. 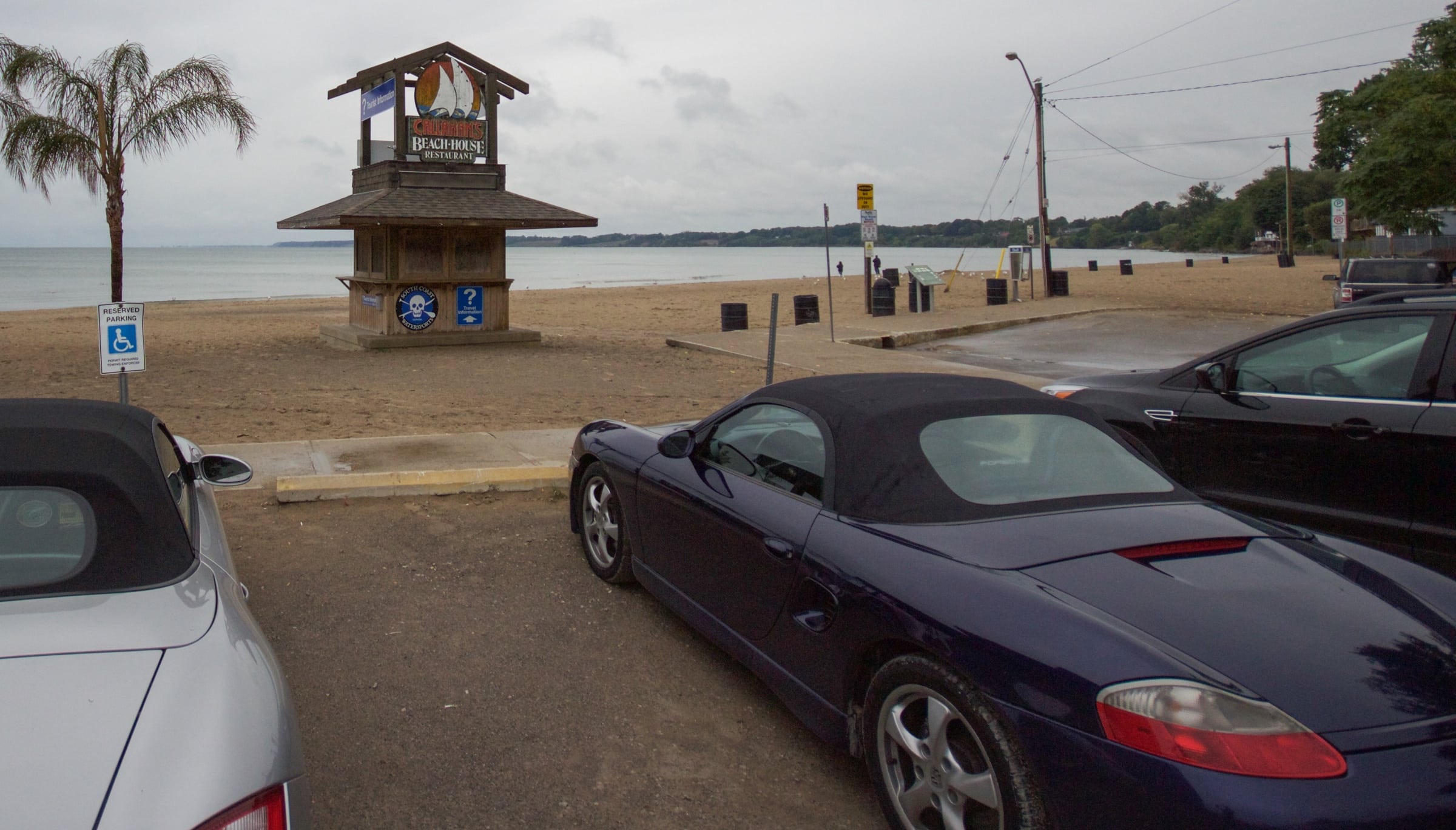 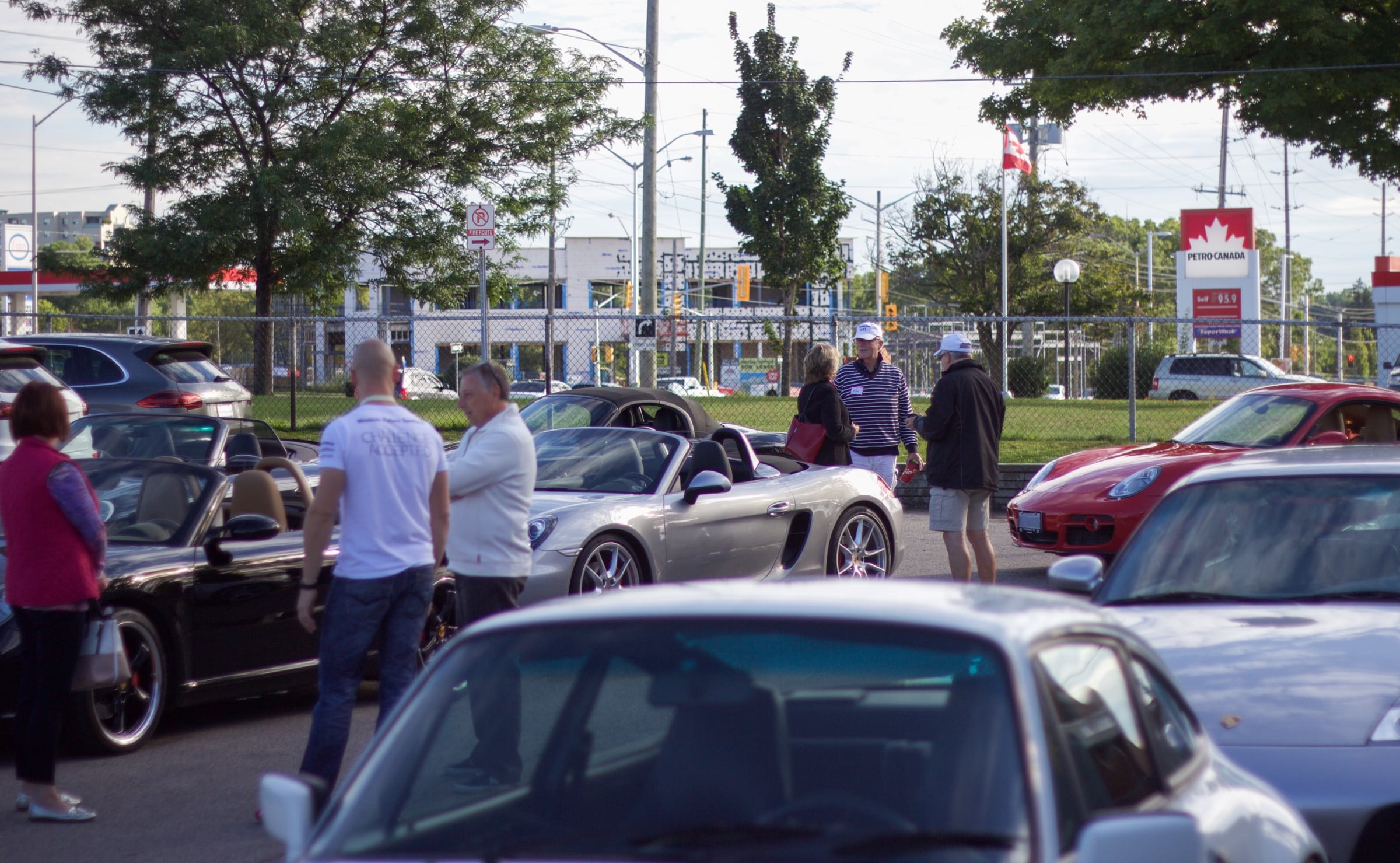 Port Burwell was our mid-point pit stop. We arrived at around 10:45am to a warm greeting from the staff at the Schooner Galley Restaurant. They were actually standing outside waiting for us as we lined up our cars on the main drag in front of the restaurant. The cheerful staff served us warm drinks and wonderful muf­fins and pastries. As we prepared to leave we were asked to come outside and stand in front of our cars, doors open, so that photographs could be taken. A group of Porsches always draws a crowd and lots of local folks came out to admire the cars and have a chat with the owners. The staff of the Schooner Galley and the residents of Port Burwell made us feel very welcome and I would like to extend our sincere thanks on behalf of the group. 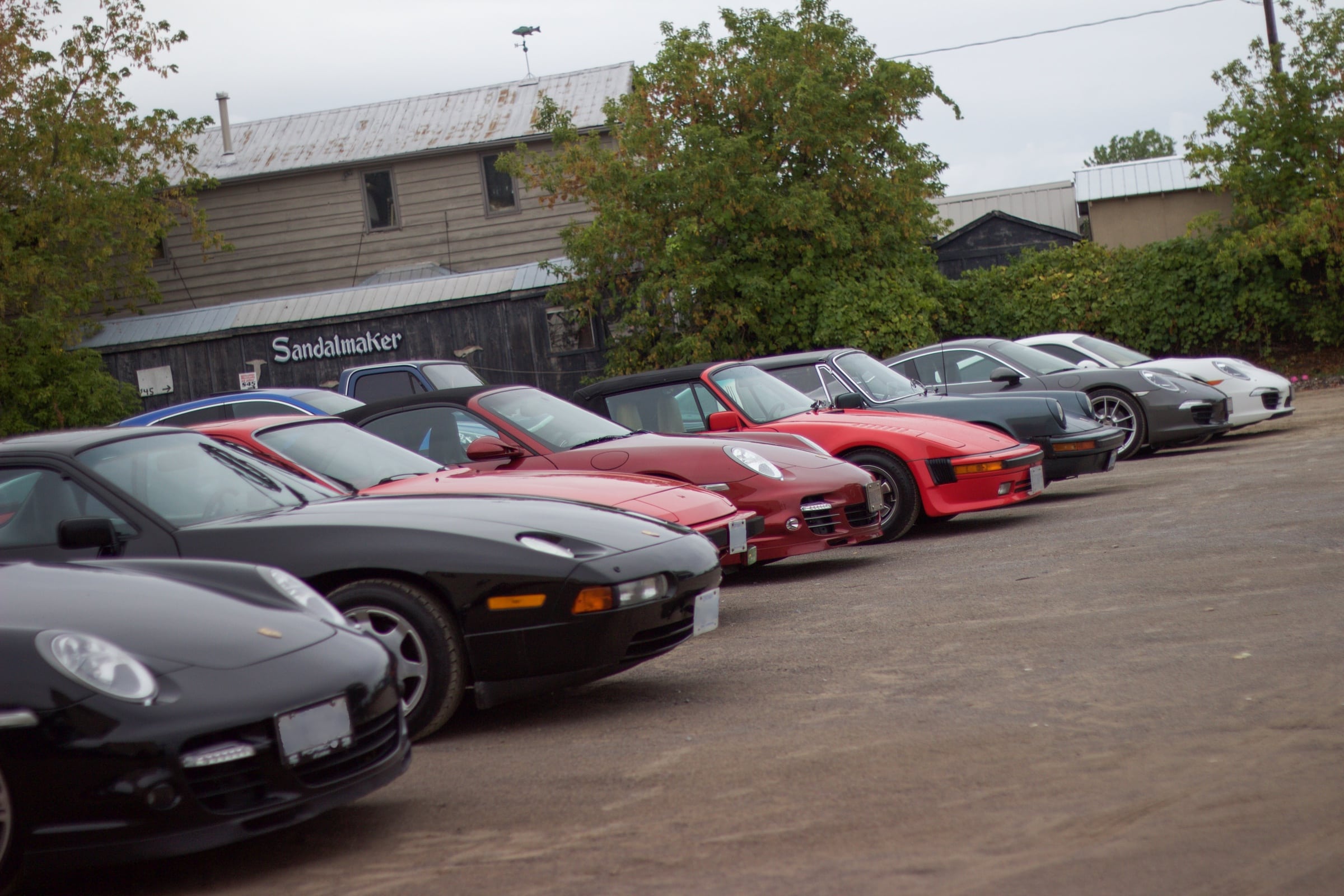 We pulled out of Port Burwell shortly after Group “B” arrived. Driving along the Waterfront trail towards Port Dover we passed through beautiful little lakeside towns such as Port Rowan and Port Ryerse.  We went through the charming hamlets of Normandale and Fishers Glen – home of a great hairpin turn.   There were straightaways that took us past orchards, farm markets, vineyards and pumpkin patches. The twisty country roads between Port Rowan and Port Do­ver were great fun. We even saw some reindeer. (Despite a spirited discussion at lunch, we could not agree what the creatures with antlers actually were but they sure looked like reindeer!) 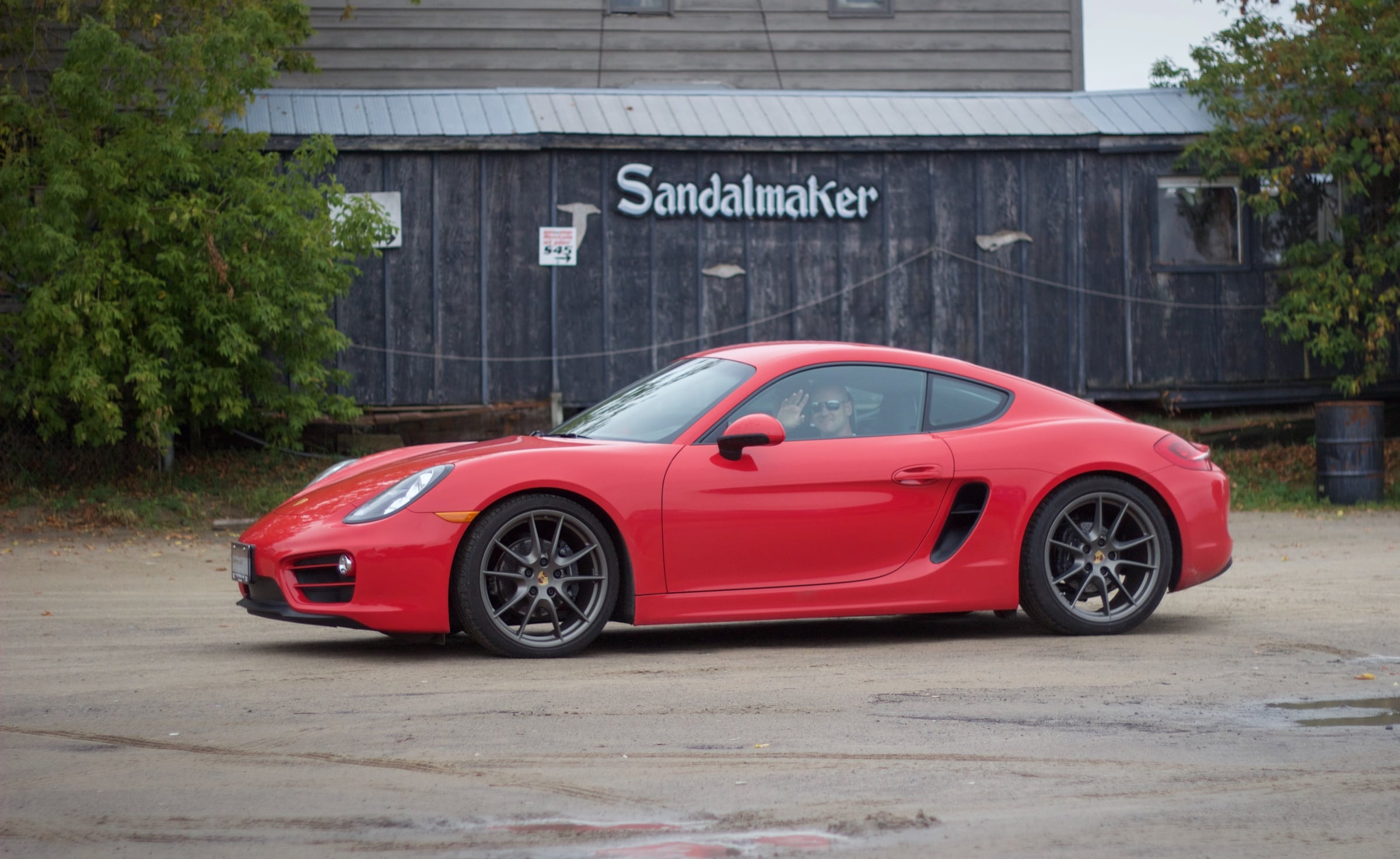 Our group arrived in Port Dover just before noon. A buffet lunch was ready and waiting at Callahan’s Beach House Restaurant. The restaurant is right on the lake so there were great views from the dining room and we watched sailboats and fishing boats coming in to dock as we ate our lunch. The buffet was plentiful and there were a nice variety of hot and cold foods. We enjoyed the meal and most especially the company. Thanks to our tablemates Sue and Dave, Fred and Barb for the great conversation. 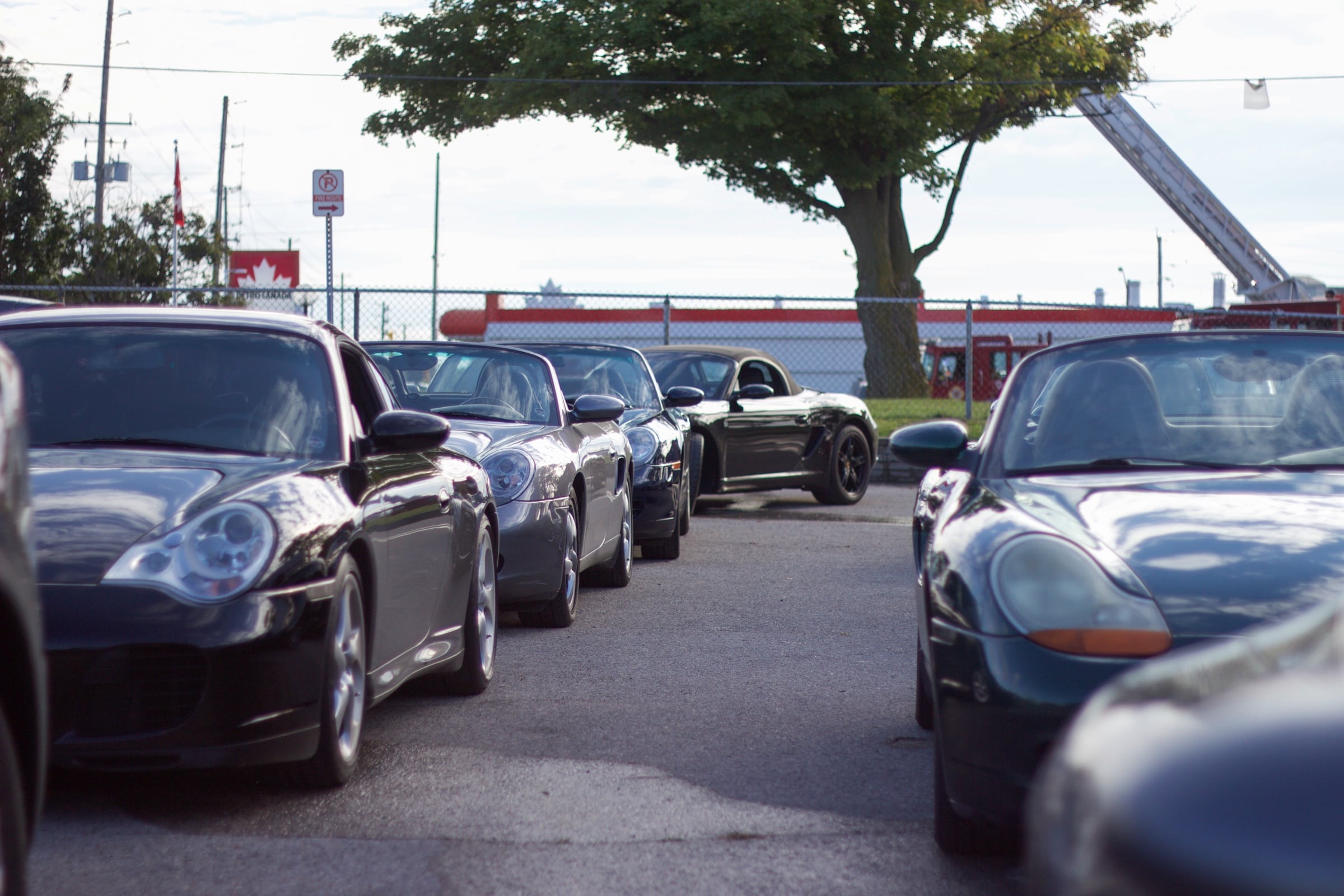 As the event wrapped up and everyone headed for home we all agreed that it was a great day in spite of the weather. Thanks again to Mike Salter and the team at Porsche of London for organizing and running the event. We all appreciate how much hard work goes into making these Fun Runs a success. Greg and I have been on three of them now and we are looking forward to the next one. I would encourage anyone who owns a Porsche to come out and participate in Fun Runs. They present a great opportunity to socialize with fellow owners and enjoy some great Ontario scenery.