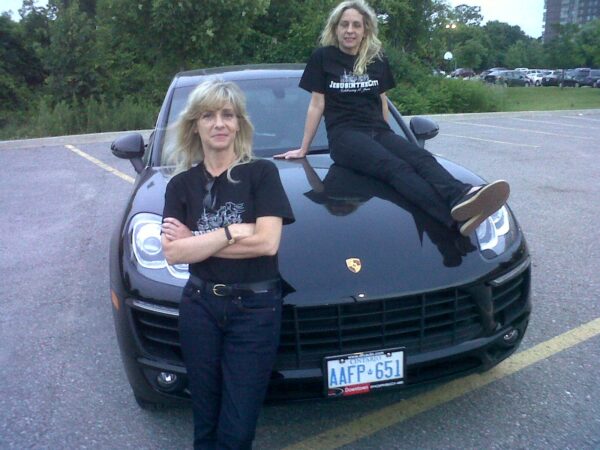 I’m not sure when I developed a love of cars, but I do recall at an early age that my preference was German engineered vehicles. It may be because of my parent’s 1971 Volkswagen Beetle. It was red and had a 5-speed stick shift, with a rough ride.

During my teenage years, I fell in love with the Porsche. To me, a Porsche was the ultimate car. It was beautiful, powerful and it became my goal, to one day have one of my own. I clipped pictures and studied them in magazines. Whenever one passed me, I would come to a full stop and watch it longingly as it went by.

Over time, I have had many great rides, but my heart was with Porsche. In 2013, I spotted an ad for the Boxster and I thought, “what’s stopping me from getting my dream Porsche now?” Using the website, I customized my own Porsche inside and outside, starting with the 911, Cayenne, Cayman, Panamera and then the Boxster.

Around this time, a friend sent me an article with an artist’s rendering of a new concept car, the Porsche Macan. The dealership didn’t have it yet and there was a waiting list! Immediately, I added my name to the list, buying the car sight unseen and waiting over a year before I took possession. I’ve often thought, “I just bought a Porsche car over the phone!”

There was mystery and intrigue, but then finally in May of 2014, I was told the first 50 Macans were on their way to Toronto.

On May 31, 2014, I picked up my new 6-speed, Macan S. It’s black on black, has an awesome engine, is sporty, fun and has presence. Sitting in the middle of the show room, it got attention and it still gets lots of attention. I love watching people admire the car, and I love telling them about it, encouraging them to get one.

I absolutely love my Macan S and it’s been an impressive vehicle in every way. I drive it regularly, and love having the sunroof open while listening to the stereo. During this long, harsh winter it’s proven to be a safe and strong SUV–easy to handle in the snow. I turn on the heated steering wheel, heated seats and barrel on. My twin sister enjoys driving it too and when Pauline is mistaken for the owner, she doesn’t correct anyone! I don’t mind being the passenger; it gives me an opportunity to experience the car from a different perspective.

If you’d like to be profiled on this page, please
contact Porsche-Phile editor, Rhonda Roberts
at rhonda@invitalityliving.com.