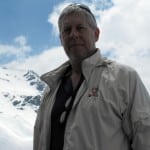 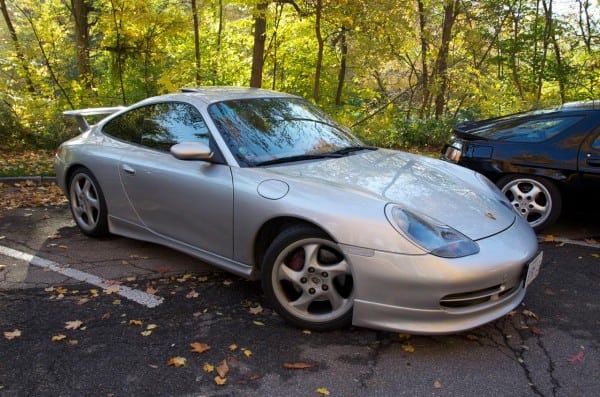 I can’t recall when I first wanted a Porsche. I think it was while watching GT cars at Mosport in the late 70’s and seeing 911’s winning races against cars with more horsepower. I thought then as I do now; anyone who can engineer something so efficiently and do it so successfully has to be doing something right.

The first time I sat in a Porsche was in my future brother-in-law’s ‘77 Porsche 911 Targa. The smell of the leather and the sound of the flat six 2.7L was intoxicating. A few years later I found myself being driven to my wedding in this very car and yes, the Porsche got me there on time!

I currently have a 996 that I have owned now for five years. I’ve done a few upgrades and the usual maintenance for a 996 and it’s been a pretty reliable and enjoyable car.

My spouse and I have driven a 991S on Germany’s autobahn system and if I were to live there, this is the model I would buy as the chassis is rock solid at speeds that would cost me a $10K fine here in Ontario. Porsche engineers have managed to design a car that has a smooth ride with wonderful comfort and with the push of a sport button and your right foot you can transform this car into a 290kph adventure giving it a Dr. Jekyll and Mr. Hyde illusion.

As for taking my car out on the track, it’s not something I do as my competitive side craves power slides over smooth and consistent lapping. For the last 28 years I’ve been a corner worker at Canadian Tire Motorsport Park (CTMP) aka Mosport, and in our little group—sarcasm is a blood sport! If I were to put one wheel wrong, I’d hear about it for months. As the outgoing Performance and Safety Director for Motorsports Marshaling Services (MMS), even two wheels off and I would have to shoot myself before facing my peers!

In closing, it doesn’t matter which year or model of Porsche you own, what matters is that you enjoy the heck out of the Porsche you have. Around the track we have a saying, ‘If you’re not having fun, you’re not trying hard enough.’

If you’d like to be profiled on this page, please contact Porsche-Phile editor, Rhonda Roberts at rhonda@invitalityliving.com.