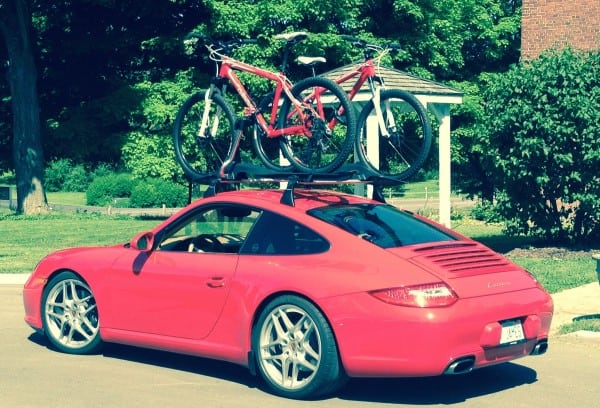 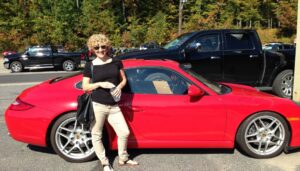 I’ve always been a car guy. As a little boy, I had Matchbox or Hot Wheels cars everywhere I went and I built Tamiya and Revel scale models. Growing up in Napanee Ontario, European cars were rare. My father bought a ’86 Monte Carlo SS, great fun at 18. Porsches were only seen in Road and Track Magazines.

For Christmas 2001, my wife gave me “Driver for a Day” at Shannonville Raceway with David Tennyson, former 944 Turbo Cup Racer. My first 911 experience. Awesome! I had never been on a track and I had never heard a 911 howl to the red line. I needed a 911!

In 2003, a ’99 996.1 arrived and I told my wife, Kathleen, it was a family car; our daughters’ car seats fit in the back. She thought I was crazy. I joined UCR and took the car to Shannonville, Cayuga, Mosport, and on many road trips. I loved that oil/gas/heat smell it gave off after a hard run. It would wake my youngest daughter if started in the garage and so I had to roll it outside in the morning!

Growing daughters, three cars for two drivers, and other circumstances led me to sell the 996.1. My wife tired of me whining about missing the 911, constantly surfing Porsche Pre-Owned. So when a ’10 997.2 Carrera arrived in 2013 with Pfaff Tuning installed H&R sport springs and spacers, I bought it.

The Red Rocket is my decompression chamber at the end of a stressful day. Turning off the radio and listening to the engine, exhaust, and the tires…are often better than music. Spin the tach up a highway on-ramp and the day’s stress vanishes.

We rejoined UCR. Provinz Magazine helps me stay current on local club events and Kathleen and I attend about half the Monthly Socials. We did a few fun runs last season, have six scheduled for this year and we attended two awards banquets. Track weekends are a weekend time issue; I track with DriveTeq at TMP and we’re looking forward to getting even more involved in the club.

If you’d like to be profiled on this page, please
contact Porsche-Phile editor, Rhonda Roberts
at rhonda@invitalityliving.com.

A Chance Meeting With Magnus Walker

Life in the Fast Lane