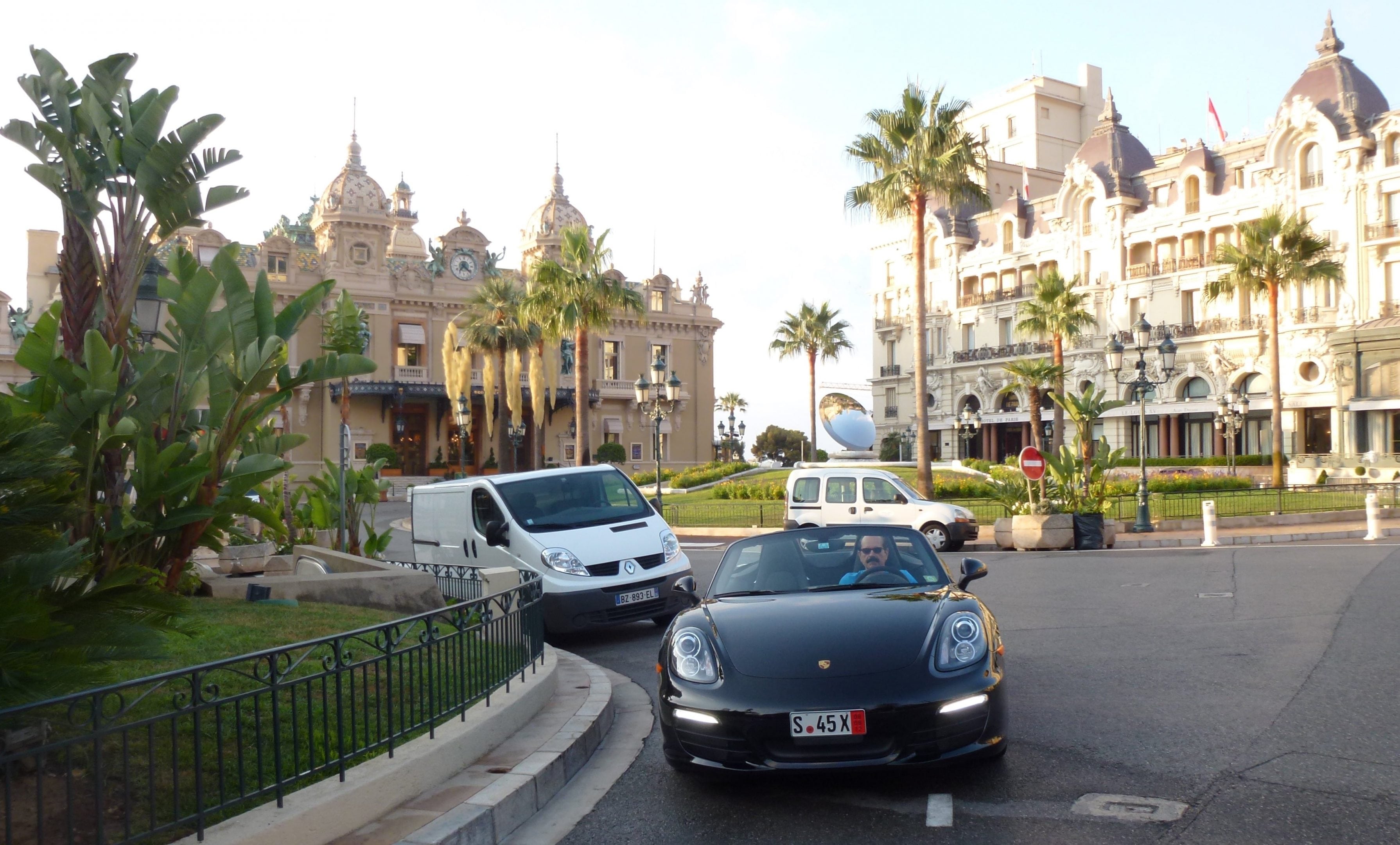 There are many high-performance automobiles available and it’s not easy to choose amongst them. But a Porsche not only has high performance, it can be a daily driver to most owners. Within the Porsche brand, there are so many opportunities for each and every owner to experience amazing driving enjoyment! It’s almost like a taster’s menu of performance vehicles… so many cars and so little time.

Owning Porsches for over 30 years has left a strong impression on Colin and me about the marque. It began in 1961 when Colin attended his first sports car race at Mosport (Players 200) where he watched a Porsche RS finish 2nd, 3rd, and 4th behind Stirling Moss’ much more powerful Lotus 19. That event set a high level of respect being established in Colin’s mind for these smaller displacement wonders.

Then, at his first part time job at a local garage, Colin experienced a customer owned 356 C that was being serviced there. The simplicity and perfection in its design left a deep and lasting impression.

On our very first date, I casually mentioned to Colin that I was looking at a Porsche 914 as a replacement for my Dodge Challenger. Were we instant life mates? But reality set in, a Firebird was the more realistic replacement that materialized and worked well for my travels throughout southwestern Ontario through the winter and summer months when I was still single.

Finally, our dreams came true and a new 924 S fulfilled our early desires, our first taste, that became our everyday driver. We enjoyed the absolutely perfect balance and butter smooth shifting of our 924. A few years later, we stepped up to a 944 S2. Although it was a much more powerful car, the S2 somehow lacked the gymkhana perfection of the 924 S, our very first love affair with a Porsche. Then a move to Europe led to a Guards Red 993 C2 that I used as my daily driver for many years as it was pure tonic for those typically long UK commutes.

Plans for returning to Canada after 20 years in Europe led to an order being placed for a new 981 Boxster S, which was ordered on condition it was available for summer delivery at Zuffenhausen. The trip to Zuffenhausen and factory visit was nothing short of magical and is mandatory for any Porschephile! Driving the new car on the autobahn was a delight and, at speed, performance was breathtaking. The old M3 that we also owned while in Europe paled in comparison on the routes we had travelled so often. A run over to Croatia and down to Monaco through Italy in the new 981 Boxster S was an unforgettable, sunny trip. The car turned heads, as it was a very early production unit and it was the only one seen on the autobahn.

Having lived in the Principality of Monaco for a number of years, we were very familiar with the road course. The Boxster S exhibited outstanding road manners and balance, never being unsettled by road imperfections, camber, or the constant scooters and chaotic traffic. 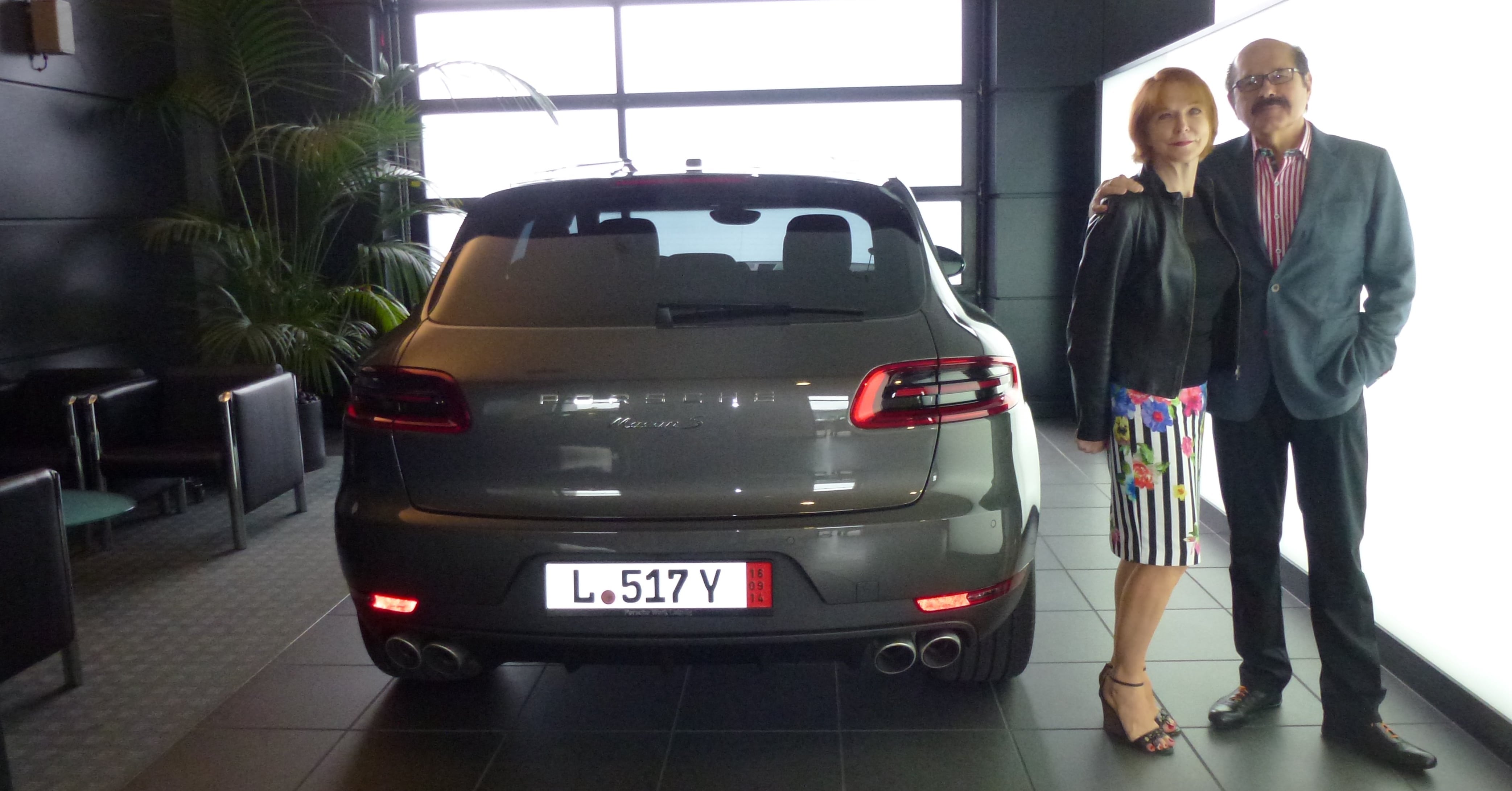 More recently, problems with an existing SUV led to a Macan S being ordered (new and sight unseen) for Leipzig delivery. After the positive Boxster experience, there was no trepidation about ordering the new Macan S for factory delivery. Leipzig is a much more modern factory, and although it somehow lacks the intimacy of Zuffenhausen, it nevertheless is a spectacular showcase for Porsche craftsmanship in manufacturing. Driving the Macan turbo on the track at Leipzig was awe inspiring, accomplishing things that seemed otherwise impossible from such a high driving position. Afterwards, we were driven by a Porsche factory race driver at the helm of the Macan turbo where it acquired an “otherworldly” demeanor, a hair raising demonstration of its high-speed capability. You really do have to recalibrate your brain to accept what this vehicle can do, both on the track and off road!

A trip through Germany and a stay in Berlin for the celebration of the 25th anniversary of the fall of the Berlin Wall, followed by visits to Poland, Hungary, the Czech Republic, and Switzerland completed a memorable journey. The Macan was impeccable! We then it delivered back to Leipzig for shipment to Toronto.

Locally, a Porsche track day at Mosport brought a new-found “religion” to both of us when we tracked the Cayman S equipped with a device new to us in a sports car, the PDK transmission! The on-track precision of PDK was amazing, particularly combined with Cayman track prowess. The allure of PDK resulted in an order for a new 991 C4 (of course with PDK), which was a flawless car for 2 years. The new 991 C4 was another daily driver and even wintered with us in the south and provided many happy cruising experiences to New York and the east coast.

Twenty-sixteen marked the “last of the non-turbo” 911 GTS production run and a very low km Porsche corporate car caught our eye. It was a lava orange C4 GTS which has now replaced our 991 C4. This is being written in the early days with our new C4 GTS, but once again, the brand impresses. That deep throated non-turbo growl, the increased grip and handling plus the power that a C4 GTS offers continues to set the high-water mark that is Porsche, as we have always experienced across the smorgasbord.

Will it be our last, or could it be our “keeper” when the 911 hybrid is delivered? Not sure, but that’s part of the pleasure. There will always be more to “taste” of this remarkable brand in the future. But, for now, if you see a lava orange 991 C4 GTS at any UCR event, be sure to come up to say “hello” or wave and honk as you pass us around the GTA! Meeting other “tasters” is very much part of the experience. 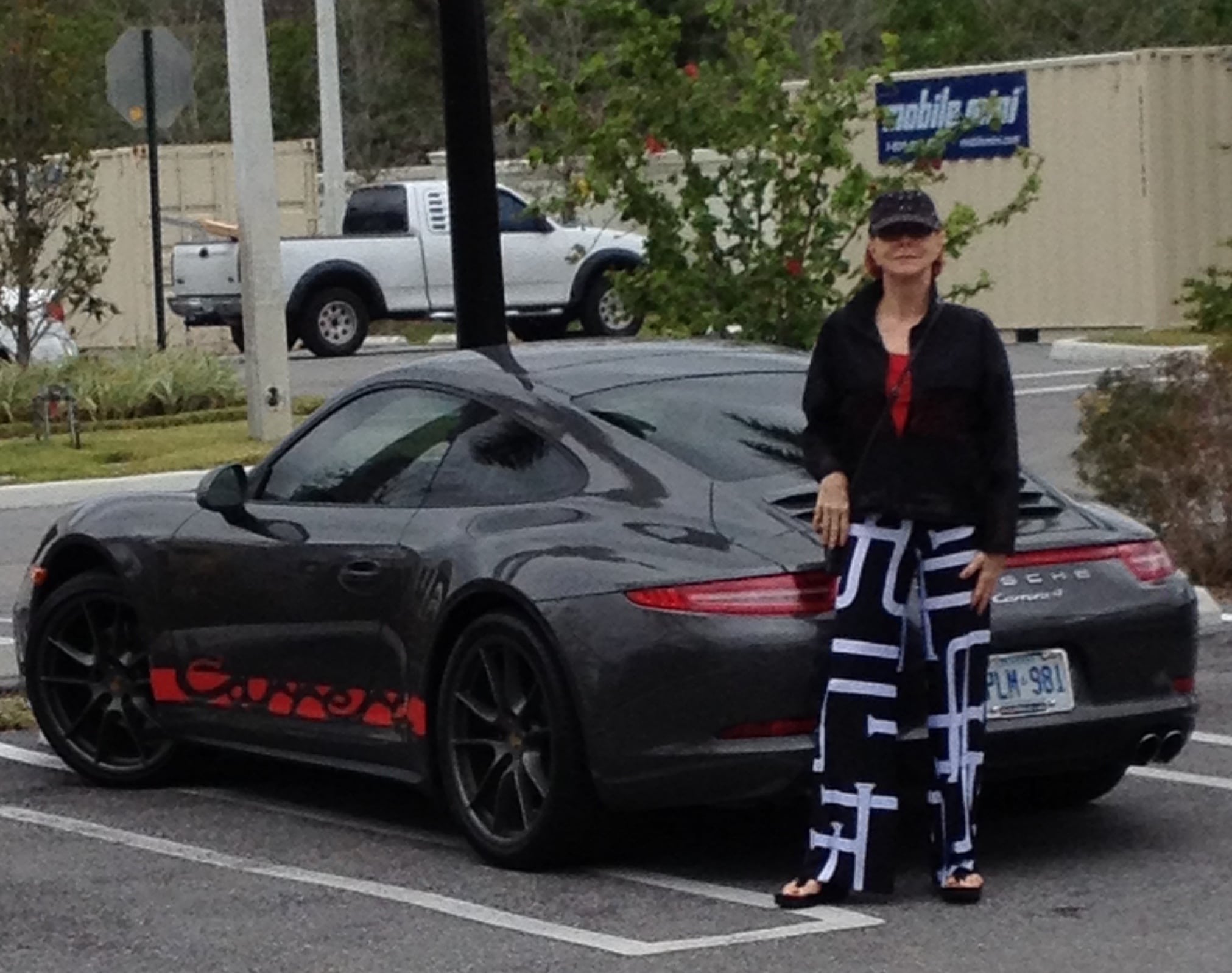