THE PORSCHEPHILE: Just What the Doctor Ordered 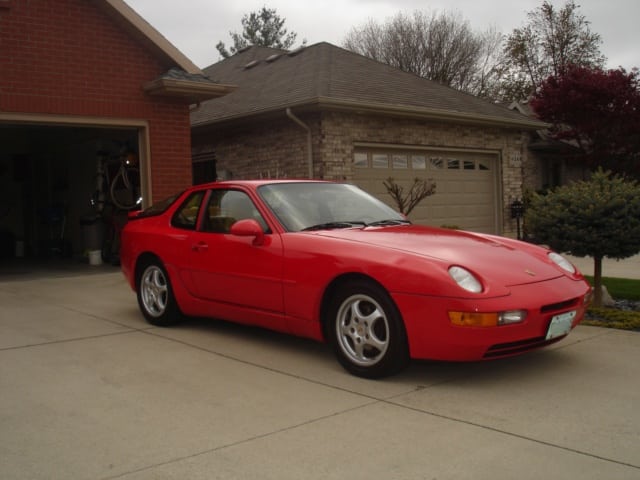 “It’s not my fault, honest; I blame my dad for my Porsche affliction.”

Innocently enough, this condition began at a small Volkswagen dealership in Thunder Bay forty-five years ago and still continues unabated today.  My dad was the sales manager there and occasionally they would bring in a 914 for the locals to swoon over.  Even at the age of six, I remember the “virus” entering my body and attaching itself to my heart.  The symptoms progressively got worse from there – Hot Wheels, models, posters, books, brochures, mugs, shirts, key chains, school assignments, etc.  As the teenage years developed, my best friend of Italian heritage and I would cycle through the city admiring people’s marquee cars such as the 911 Turbo, Testarossa and Countach just to name a few.  We knew where every exotic resided and debated which car was better.  Porsche or Ferrari?  We respected each other’s opinions, but oddly enough, his first car was a white 914.

One evening, as I was packing my hockey bag, Dad called down to inform me that I was going to the arena in a special car.  Being a salesman’s son, my dad had the choice of decent cars so his announcement didn’t faze me too deeply.  Believing it might be a GTI or Scirocco, I couldn’t believe my eyes when I saw a Guards Red 924 sitting in the driveway.  To a 12-year old kid addicted to Porsches, this was a huge deal.  Being competitive and usually focused on the ice, the only thing I could concentrate on during the game was getting back into that car for another ride.

My ultimate experience as a young adult came when my dad brought home a 911 Turbo, my dream car.  Remembering the clean, muscular and timeless lines as well as the performance and sound of Porsche’s halo car’s engine almost put me into Nirvana.  Would there ever be a cure?

My first car?  No, not a Porsche, but that’s what I named her.  The free gift from my grandfather’s brother, which I graciously accepted, was the keys to my “two toned Porsche”– a 1974 Mercury Comet!

Well, the years passed by and reality set in with a mortgage, family and other commitments, but the flame still burned for a car out of Zuffenhausen.  I owned some memorable German machinery such as a ’79 GTI, ’90 Corrado, ’94 Corrado, ’02 Passat and ‘12 GTI, just not a Porsche.  When would I finally get the car of my dreams?

The year my wife and I bought a dog, we debated what to call her.  After several days of exchanging possi­ble names, the right one came along as if the proverbial light bulb was switched on inside of our heads.  Having some friends over one evening, I jokingly mentioned that we had just bought a one-year-old white “Porscha”.  One of our friends was amazed that we could afford such a car on our modest salary.  We had a good laugh when our Bichon walked in at the perfect moment and our friend realized that we had named our dog Porscha.

Life can be really cruel sometimes like when my uncle, who I was very close to, passed away suddenly just a few years ago.  Such things make you realize how short life can be and how you have to make the best of each day.  Don’t get me wrong, I don’t mean going out and doing irresponsible or egotistical things, but rather appreciat­ing what you have and being thankful.

Having an understanding wife certainly helps and it was with excitement when I got the go-ahead to pur­chase the car I’ve always desired.  With champagne tastes on a beer budget, the choice was daunting.  Would it be an older 911, 914, 928, 968 or other?

Recalling an interesting article in Automobile Magazine some years back, in which they were testing a Cobalt blue 968, I decided that this would be the Porsche for me. Tried and true engine, sleek design, perfect 50-50 balance, reliable and economical, my mind was set on a 6-speed 1995 Guards red 968.

Finding one proved difficult.  A few weeks had passed when the exact car came up for sale on Autotrader!  Realizing that it was only a two-hour drive from our home in Chatham, my heart began to palpitate.  Through correspondence, I learned that it was originally a Florida car, then sold to a fellow in Michigan and finally to an engineer in Brantford.  The attached photos of the car were taken on my birthday, a birthday that I in fact shared with my previously mentioned uncle who passed.  If that’s not fate, I don’t know what is.

Now you have to realize how excited I was to see this car, the make I’d dreamed of for many years.  As we approached the owner’s house, the 968 gleamed like a menacing shark. Although I had done my research and prepped myself to be unemotional and ask all of the proper questions, I was sold hook, line and sinker.

After four enjoyable years of ownership, I don’t regret the purchase one iota.  I’ve entered a few local car shows, but I prefer and enjoy the camaraderie of PCA sanc­tioned rallies and events with other proud Porschephiles.

I thank my dad for introducing a brand of car that has brought much happiness to my life.  May you also find satisfaction in your life like I have, whether it’s through family, friends, health or simply through a timeless piece of machinery; my Porsche.  For me to be cured of my af­fliction, this was just what the doctor ordered. 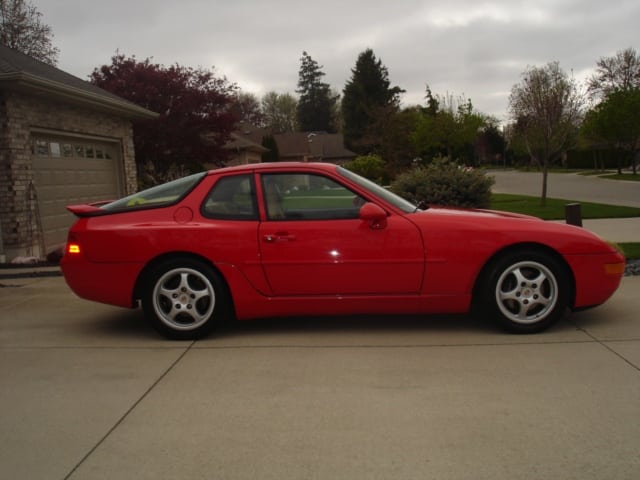 Join in our member profile page!  If you’d like to be profiled on this page, please contact Porsche-Phile editor, Rhonda Roberts at rhonda@invitalityliving.com.

I AM THE NEW RSR