In the summer of 1972, I started helping my 18-year-old neighbor work on the conver­sion of a 1968 MG Midget into an Austin Healey Bug-Eye Sprite “Tribute”. My princi­pal contribution consisted of endless hours of block sanding five layers of house paint off the “Bug Eye” bonnet that my neighbor had traded his dog for (true story). The Sprite bonnet fit perfectly on the MG front end (at least to the critical eye of a 12-year-old) with very little modification required, other than the installa­tion of chrome “hood pins” to keep it secured. That project left me with the mindset that if you cannot buy the car you desire, then why not try to build it yourself.

In 2005, I purchased an Austin Healey 100 BN1, being a car that I had coveted since my days working on the Midget. Being charitable, the car I purchased was classified as a “driver”. I enjoyed short trips around Halton Region, always feeling that I had “beaten the odds” if I returned home under my own power and not on the back of a CAA Flatbed Tow Truck. That thrill soon wore off and I decided that I would have a total restoration done to the car. That restoration project took 5 years and could easily be the subject of its own article. What I learned from that project was that while I enjoy “classic” automotive styling, there is a lot to be said for having dependable technology underneath.

In May of 2009, I purchased a 997 C4S. I fell in love with the car from the first sight and it still puts a “Porsche Smile” on may face every time I drive it. It was one of the first cars in Canada with PDK and was used by Porsche Canada to demonstrate that feature to the auto journalist community. The car was fitted with factory in­stalled carbon fiber track seats which I think are great, and not only because my wife cannot drive the car because you cannot adjust the seat height and therefore she cannot see over the dash.

After owning the 997 for a short period, I started thinking about purchasing a vintage Porsche. I soon decided that the Holy Grail would be a 1972 RS. I simply loved the look of ducktail spoiler on that car. However, the sticker shock associated with the usual asking price for that car would always knock me back to reality.

One day I read an article about the limited edition 997 Sport Classic editions being of­fered, complete with ducktail. I contacted my Porsche dealer and asked if I could order one. I was advised that there were only 200, 997 SC’s being made and that they are all being sold in Europe. I then asked if I could just buy the ducktail that was being fitted to the 997 SC and was politely advised “No – un­fortunately you cannot order that part without having a 997 SC VIN”.

A few years later I started working with a personal trainer, who had previously worked in automotive design and for a custom car shop. We became friends and we shared a passion for cars. He had seen my 997 and asked me if it was “exactly as I wanted it”. I told him the story of the 997 SC and said that if I could get a ducktail for my 997, I would install it. A few days later he sent me a link to Misha Designs in California who offered a 997 SC ducktail replica. I ordered the part and my friend arranged for it to be colour matched and installed at a local custom shop. For less than $1800 I had my ducktail. While it looked great, I im­mediately decided that my 997 needed the matching Fuchs wheel set to go with the ducktail.

I went online and found that Techequipment was offering for sale, the same FUCH wheel set that was originally designed for the 997 SC. I thought my Irish Grandmother was looking down on me from heaven that day. I then discovered that there was only one such wheel set available for purchase in… the… en­tire… WORLD as the initial production run was sold out, but for the one remaining set and there was not going to be another production run. I immediately took the opportunity to acquire the wheel set and had Downtown Porsche handle the installation. While I have played with the idea of doing even further modifications to bring my car closer to the full 997 SC spec. including replacing the front and rear bumper covers, I feel that am happy with my “997 SC Tribute” the way it is.

I have the retro styling I favour and incredible, reli­able technology underneath.

There really is no substitute, for building the car you want. 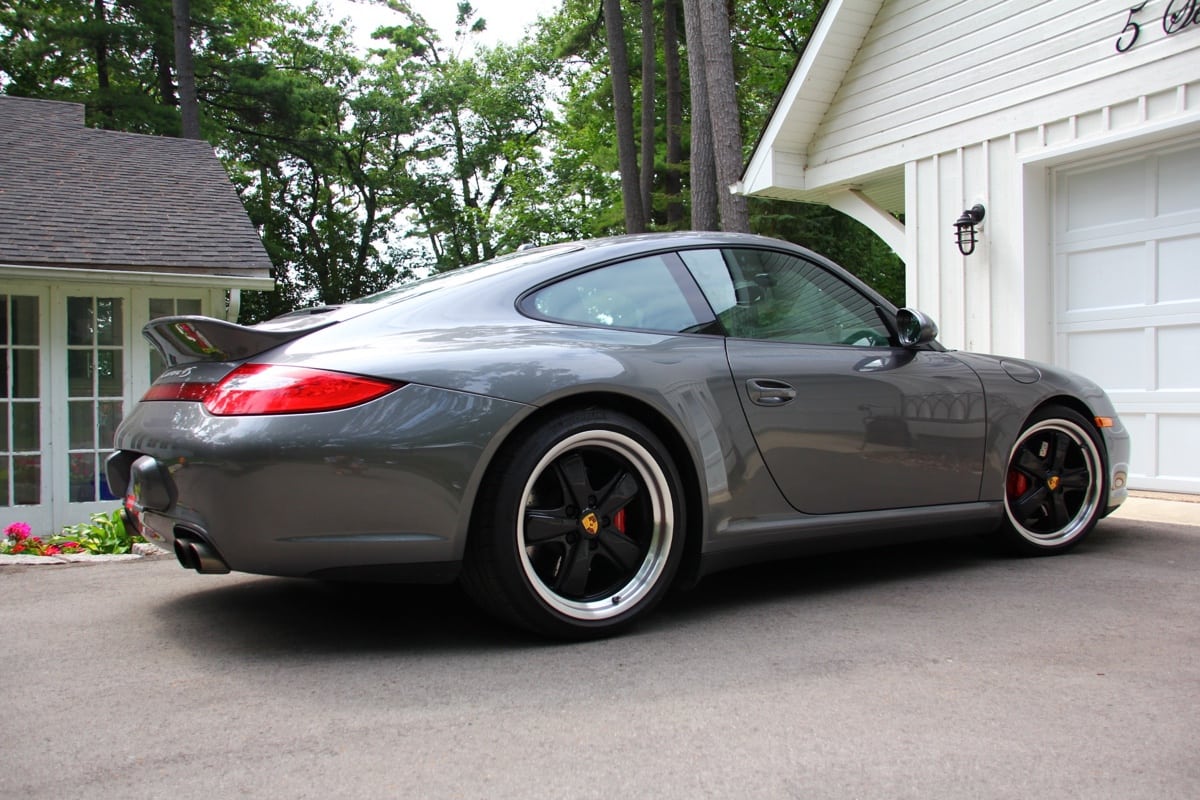 If you’d like to be profiled on this page, please contact Porsche-Phile editor, Rhonda Roberts at rhonda@invitalityliving.com.