THE PORSCHEPHILE: The Treasurer’s Carrera Banana 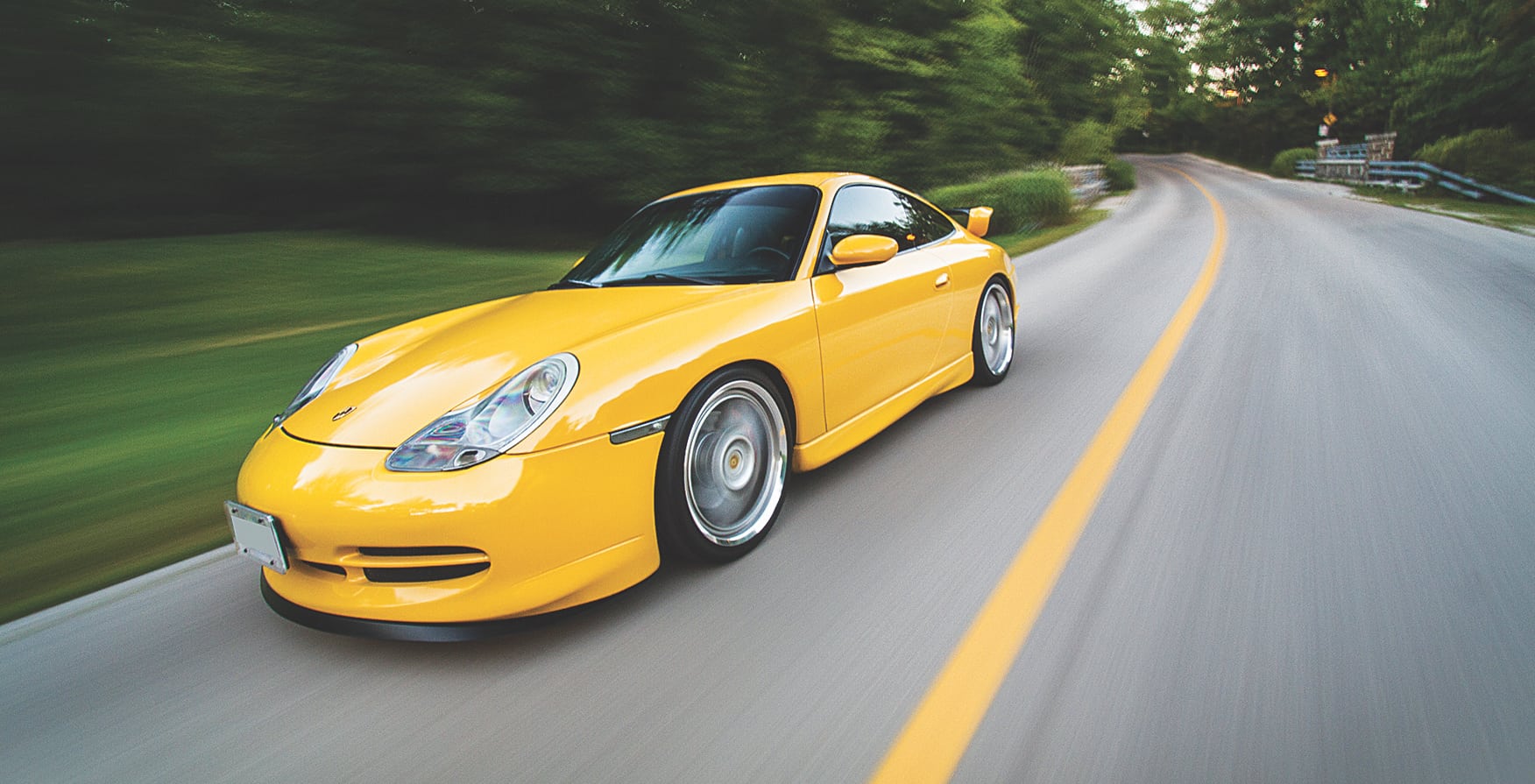 Speed Yellow, a very catchy colour, does not usually work with base model cars. The fact that the car in question is a 996 Carrera, which to this day still seems to be the most unloved 911 generation of all, makes it all the more confounding. This particular 911 has no issue embracing the colour it came out of the factory with. My pride and joy – lovingly nicknamed Banana, certainly stands out wherever it goes.

The previous owner kept asking me to check out this yellow 996, but I was always reluctant. I wondered, can I really do yellow? Even my significant other was skeptical with the colour choice and suggested against it. Ultimately giving in, I set up a time to see this much-discussed car. I still remember the day Banana pulled up on my driveway. I fell in love instantly.

Early in the Millennium, Porsche, like many other European manufacturers, was reluctant to bring high performance models to market in North America. As such, while the 996.1 GT3 was produced in Germany and available to much of the rest of the world, it was not slated for North America. Fortunately, the beautiful aerokit package, consisting of a specially designed front bumper with integrated front splitter, side skirts, “taco” rear wing, and rear bumper winglets – fully functional aerodynamic components taken straight from the European spec GT3, was available and was picked as an option for this car by the original owner. This is where the similarities end. Fully optioned out, Banana has many more luxurious options than the track-focused European GT3. In particular, the full leather interior package wraps the dash, center console, door cards and steering column in yellow-stitched cowhide, still supple to the touch after 15 years and more than 100,000 kilometers of use. Enjoyable luxurious comfort, no matter whether I am driving in crawling rush hour traffic or when I am pushing it at the track. Beyond factory options, Banana had also been upgraded with a new exhaust, suspension, beautiful 19-inch Champion wheels and a few other personal touches.

Owning multiple Subarus prior to venturing into the Porsche world, I was well-acquainted with the merits of a horizontally opposed engine. The handling advantage from the lower center of gravity and the unique engine sound and exhaust note had always captivated me.

Comparing my previous STI to Banana, two very different animals, but I love them both for different reasons. To use three words to describe them each, I would say for the Subaru: “fast, raw and harsh.” On the other hand, Banana would be “refined, smooth and comfortable,” as long as you don’t mind how loud the exhaust is when pushed.

Ultimately, Banana is a Porsche 911 with a healthy dose of performance, refinement and comfort unmatched by any Subaru, and just the right amount of visual flare with its stand-out colour and GT3 looks. When I had the pleasure of taking Banana for a ride around the track, it was just as at home in the tight bends as it was blowing down the long straight of Toronto Motorsports Park.

Having stepped up and volunteered for the role of Treasurer of Upper Canada Region, Banana and I intend to get more involved in various club activities and we are ready to kick off driving season 2017. So please say “hi” to us at your next UCR event – no excuses, Banana isn’t terribly difficult to spot!

THE CANADIAN INTERNATIONAL AUTO SHOW: A photographic look at all things Porsche at the auto show