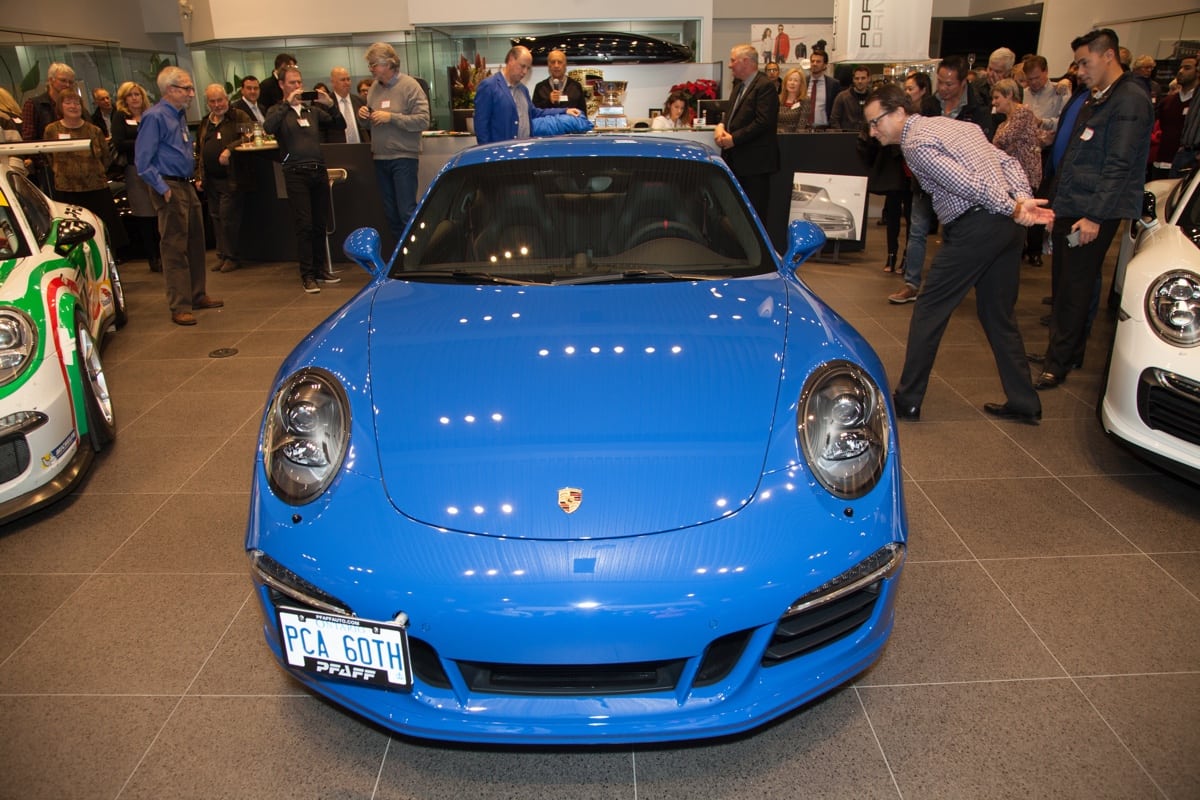 I used to say that I never win anything. In February 2015 I saw the PCA announcement for a lottery for the right to purchase 1 of 59 PCA 60th Anniversary 911’s.  I quickly entered the contest for a laugh; never thinking my luck would continue.  Given the odds of being one of the 59 chosen out of the thousands of PCA members that entered, I put the thought to the back of my mind and forgot about it.

Like most smartphone users I normally check my daily emails on a regular basis, but on March 23, 2015 I did not.  It was my Mother’s 83rd birthday and we had made plans to go for dinner.  Later that evening when Veronica and I got home we turned on the TV to watch Anthony Bourdain and I started to relax and review the day’s emails on my iPad.  To my amazement there was an email at 4:52 pm from Vu Nguyen at PCA headquarters stating “Congratulations, you are 1 of 59 lucky members to have the opportunity to purchase the 60th Anniver­sary 911 GTS Club Coupe!  You have 48 hours to confirm your interest…”.  At first I was in disbelief thinking it must be a joke or scam, but soon realized it was true. Again, my good luck came through, and on my Mother’s birthday!

After the shock had dissipated I asked Veronica “what do I do now?”  She responded “you only live once so go for it babe”.  Right answer!!!  So right away I made a late call to one of my best friends and he confirmedthat it’s a great opportunity so get it.  The next morning, after a lack of sleep, I reached out to Jeff Pabst (Pfaff Autoworks), Bruce Farrow (Appraiser) and Botho von Bose (former UCR President and current owner of a 50th Anniversary Club Coupe) and all confirmed that I could not lose buying the car.  This then confirmed my own thoughts and I faxed my form back to PCA and received a confirmation a short time later.  Now I really got excited, my first new Porsche…and a very special one at that!

As part of my confirmation I had to advise which dealer I would be ordering the car through and the name of the salesman.  I chose Tom Neumann at Pfaff Porsche.  I had met Tom years ago in Newmarket and had hit it off with him and loved the fact he was a German car guy like I am.  Tom and Pfaff were thrilled to be able to deliver the Club Coupe, having found out that mine was one of only two in Canada (the other also in the GTA). 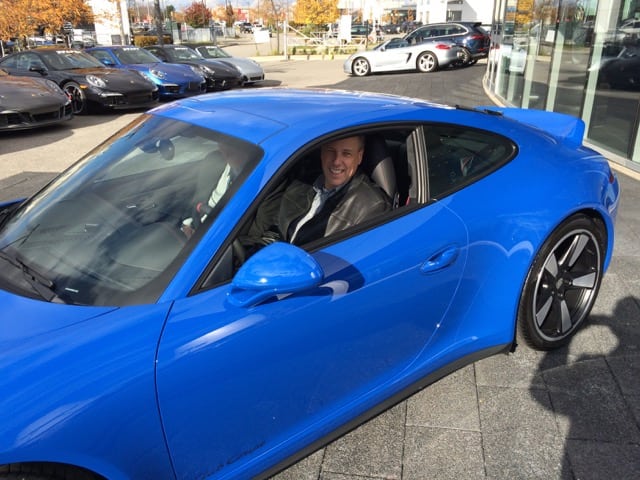 In addition to the “Club Coupe” package, additional options were available.  Given the many classic touches on the Club Coupe like the Fuchs wheels, rear duck tail spoiler and black trim, I wanted to choose exterior op­tions that would continue this theme and mirror those on my classic 1989 911 Carrera Coupe 3.2.  These options included a metal sunroof in body colour (versus a black glass roof) and the iconic 911 rear wiper.  For interior op­tions I chose the Bose audio package, heated front seats, smoking package (I don’t smoke but the package includes a 12V outlet and a hinged cover over the small storage pocket, no charge), luggage net passenger footwell (no charge) and ParkAssist (front and rear) with backup camera.  To make the car even more unique and add to its future collectability I opted for the 7-speed manual transmission.  The Club Coupe with the manual transmission represents the end of an era as the last generation of normally aspirated “normal” (i.e. non GT3) 911’s.

Production of the 2016 Club Coupes started at the beginning of June 2015 and finished near the end of October 2015.  The cars were sporadically built on the regular 911 production line with monthly build totals ranging from 4 units to 20 units.  My Club Coupe came off the production line in Stuttgart-Zuffenhausen on September 14th.  I was hoping to see the car when I was at the factory on September 22nd but it had already been delivered to a cargo ship in northern Germany for its trip to Halifax. 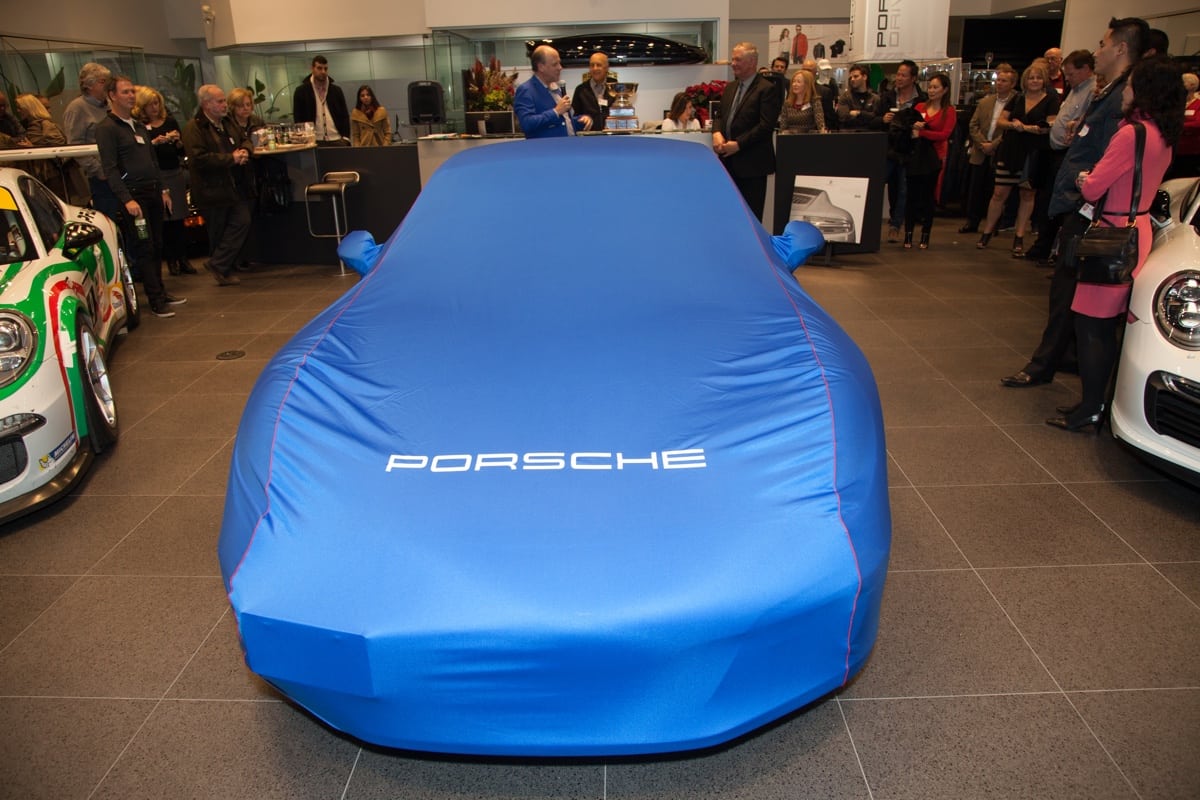 I took delivery of the car on October 30th and due to a hectic business travel schedule to western Canada I was not able to drive it more than 200 kms in total since delivery.  I then tucked it away for the winter but it did come out for a couple of days for the UCR Social at Pfaff Porsche on December 8th.  I would like to thank everyone at Pfaff Porsche, especially Tom Neumann, Alex Krigos and Laurance Yap for holding such a great “unveiling” event and for transporting the car to and from the event. 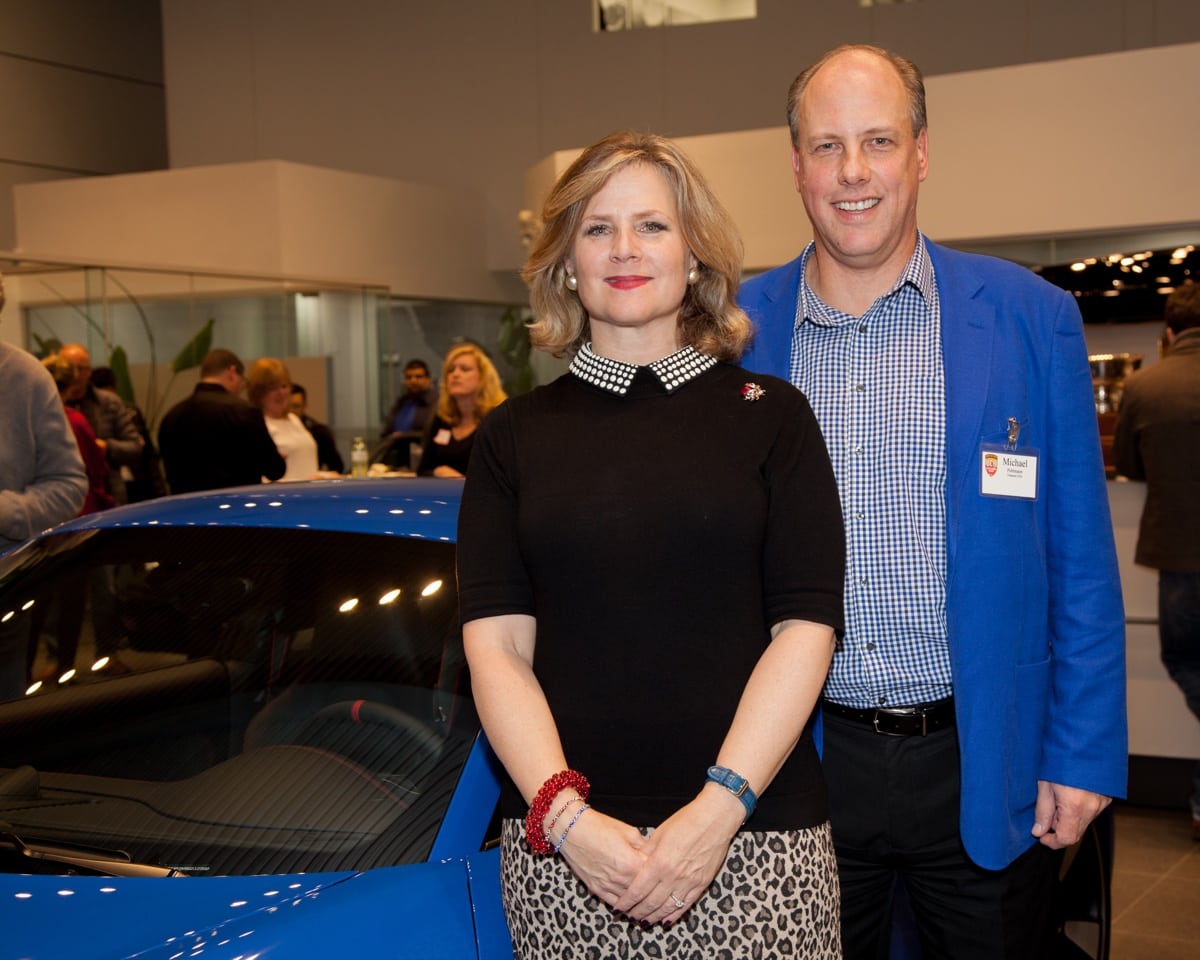 Veronica and I are looking forward to driving the car this year on many Fun Runs and to Porsche Parade at Jay Peak Vermont. 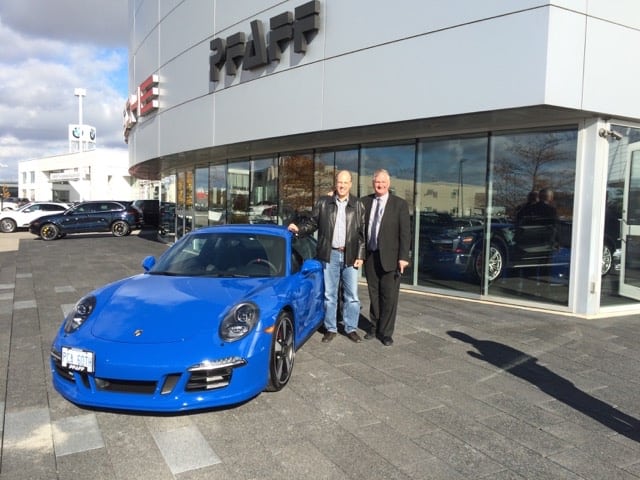 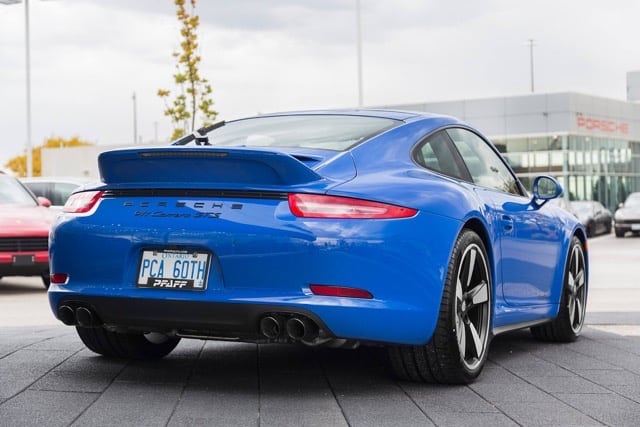