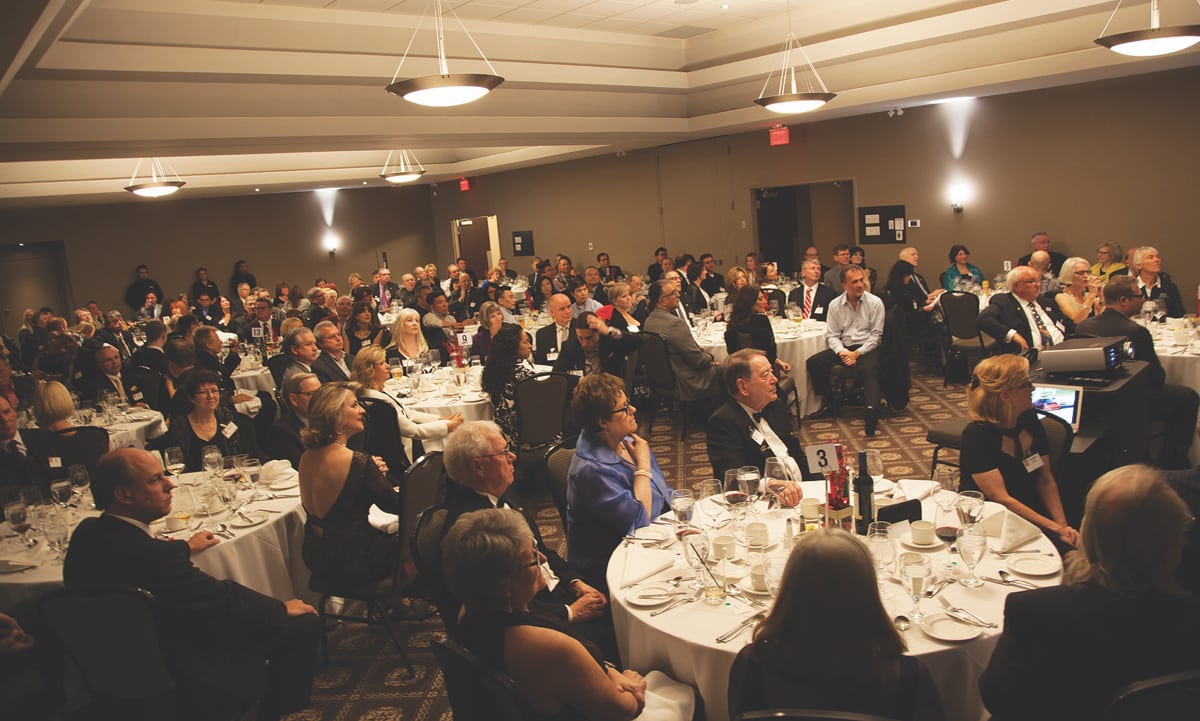 My wife Sheryl and I recently attended a great banquet with lots of fun, interesting people and you were invited too, but did you attend?

Recently, while speaking with our President, Mike Bryan, he asked me if Sheryl and I would be attending the banquet this year. I mentioned that I really hadn’t thought about it but the last time I attended in 2009, it was quite an ordeal to attend because it was downtown, we needed to find a hotel nearby and with the cost, I wasn’t sure it was worth it. Mike mentioned that this year, the banquet was being held at the Islington Golf Club (very close to the 401 and only one and a half hours from our home in cottage country), was being held in mid November, bypassing all of the busy holiday dates, and was only $50 per person. We were in!!

On-line registration was super easy and we could even arrange to sit with some of our closest UCR friends, what a bonus!! The event was being held from 6-10 pm.

As the date approached more information and up­dates became available, and we heard about a member’s new GT4 being on display as well as the new Boxster Spyder, and oh yes, now the event was sold out!! Glad we registered early!

It was great to see everyone dressed up, as often at club events being held outdoors, we are dirty, somewhat unkempt and wet! We were served a fantastic meal with three food choices and there were lots of rave reviews on the food from our table. I took the picture below with Marie Petermann’s new iPhone while demonstrating the “panorama” func­tion. A great looking table, don’t you think?

Caren Cooper, PCA’s National President, made the trip from Austin, Texas, to update us on PCA events like Porsche Parade. Awards were presented to the club as well as many lucky members celebrating their 5, 10, 15, 20, 25 and more years anniversaries in the club as well as other exceptional service to the club.

Kees Nierop (the Porsche Factory Driver) talked about some of his racing exploits, as well as advising us that, being relaxed, smooth, and as always, using our vision, being the key to better track performance.

Special recognition was given to Kathleen Wong who went above and beyond in organizing the event right down to providing great driving directions to the event.

So any suggestions for next year? If you have any, pass them on to Kathleen Wong. For us, well only one little one: maybe some idea about the dress code in advance for members that are considering attending who have not attended in the past, or for those of us from cottage country who typically dress a little more casually than the city folk!

Previous articleTECH SESSION: Putting your Porsche to sleep for the winter
Next articleTHE WAY WE WERE . . .