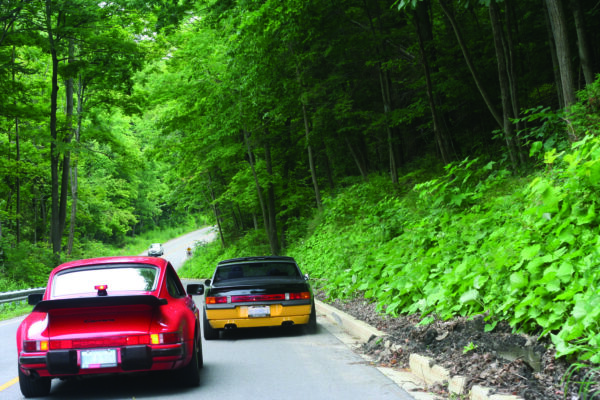 Saturday July 25th turned out to be a beautiful sunny day. Porsches of all colours and various models revved as they drove into the parking lot at the corner of Brittania and Tomken one by one. It was a sight to behold and a sound to be heard.

At close of registration, 32 cars were entered, five en­trants called to inform their navigators were indisposed and six cars were no shows at the rally. Most entrants of the 21 cars that came to the event were first timers and all did really well with learning rally techniques. After registration and the drivers briefing, cars were lined up, the first leaving at 9:30 am, followed at one minute intervals by the remaining 20 cars, every engine roar­ing as it departed on a day of adventure. Drivers were given detailed directions for the first 10 kms and were required to check calibration of their odometers at the 10 km marker point, reset their trip meters and adjust their distance measurements calibrating for any odom­eter variance. After that they were required to navigate using directions provided as left, right or straight on route points, strictly by kilometer distance travelled. No street names or landmarks, so it was a true rally with navigators playing as important a role as the driver in a team effort! 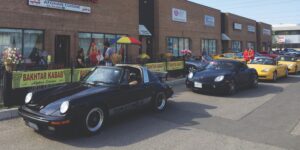 The route was a combination of urban and rural roads. Porsches drove through industrial, residential and farming areas, winding up and down escarpment roads that thrill Porsche drivers past breathtaking scenic spots for navigators, culminating finally with long straight stretches giving teams time to talk to each other and relax on the final leg between control six and seven. 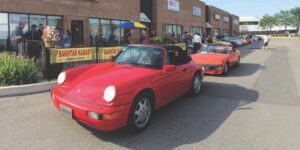 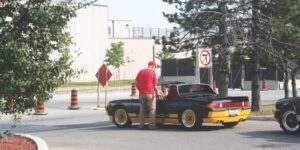 The competition was quite tight with barely a few points separating the first 15 cars. Most teams lost points before the first control, where competitors went through an adjust­ment or learning period. All of the remaining controls were really closely contested when everyone settled-in and focused on the rally. 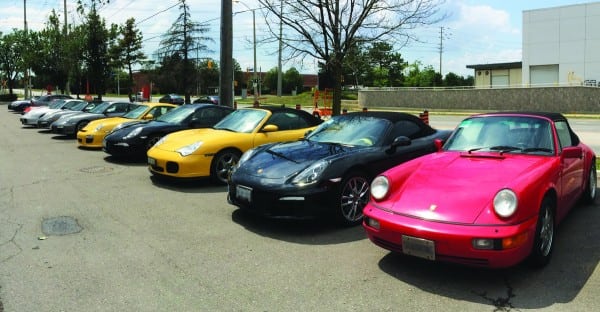 Dave Stewart with navigator Mike Arthur in Car No. 21 did very well, hav­ing won previously and came in first as they lost only 14 points. In second place were newcomers, Darius and Si­mona Muica in Car No. 13 and in third place were Roy and Ryan Tam driving Car No. 7. Eric Gordon with wife Christine came in 4th place. Another husband and wife team, Frank and Helen Valente came in 5th place. A special prize was awarded to Car No. 18 for being the only ladies team of Lesley and Alena. Interestingly, Car No. 16 with Tom and Heather Christensen, Car No.10 with Senser Erya and Yalcin Suer and Car No. 12 with Chris and Larry Kotseff came in very close with only one point separating them. The last team, Car No. 3, with husband and wife David & Carrie Tipton won the Special Navigator prize, even though they took last place, because they drove the entire route with a non-functioning odometer!

Many thanks go out to our cheerful control officials Andy, Molidina, Manzar, Rubie, Surinder, Karen, Hamsha and Sadia. Everyone worked very hard to make this rally a success. A final thank you to Bakhtar Kabab Restaurant for providing a delicious lunch! 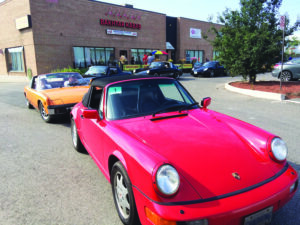