Home »Driving»UCR Rally to the Picnic

21 Entrants rev off to the 40th Anniversary Picnic

A warm, sunny morning and acing a checkpoint—what could be better!

The UCR’s 40th Anniversary celebration began very early on July 23rd, a beautiful warm sunny Saturday, when members began gathering by 8:00 am at the Meadowvale Club. It was a perfect day for driving around the countryside. The annual UCR Rally kicked off our anniversary celebrations with coffee and donuts mixed with pre-race banter fol­lowed by the pre-race driver/navigator briefing.

Anticipation could be felt in the cool early morn­ing atmosphere as Porsches edged to the start line, navigators received their rally sheets and drivers given instructions where to “zero their odometers”. Entrants consisted of a candy store array in colour of Porsche models, from a stunning metallic blue Macan to a gorgeous green GT3 RS. Various generations of 911’s were the majority in sophisticated silvers, blues, as well as black and white. Plus, there were plenty of reds as in any Porsche event. 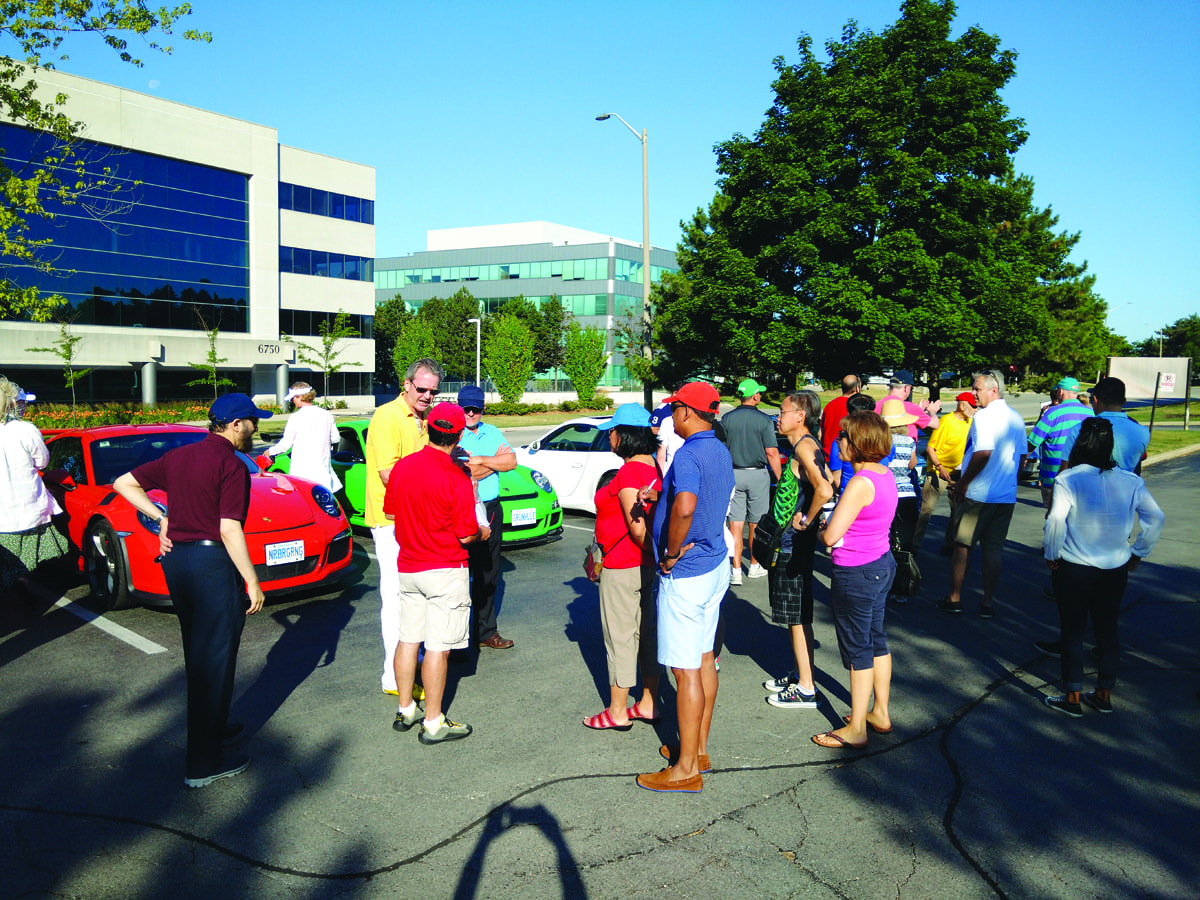 Particioants prepare for their departure

Twenty-one revved up Porsches roared off at 8:30 sharp, adding music to this spectacular sight for participants and onlookers to enjoy, hearing power­ful Porsche engines mixed with flashes of colour as they headed off for a two-hour driving adventure. The Rally Route led them through some of Ontario’s prime summer landscapes before reaching the finishing point at Boyd Conservation Park for the 40th Anniver­sary Picnic. Despite the growing urban development, the rally took drivers past country vistas and through shady woodlands where participants discovered to their surprise that not all roads around the GTA are gridded and that Ontario’s farmland is right around the corner. 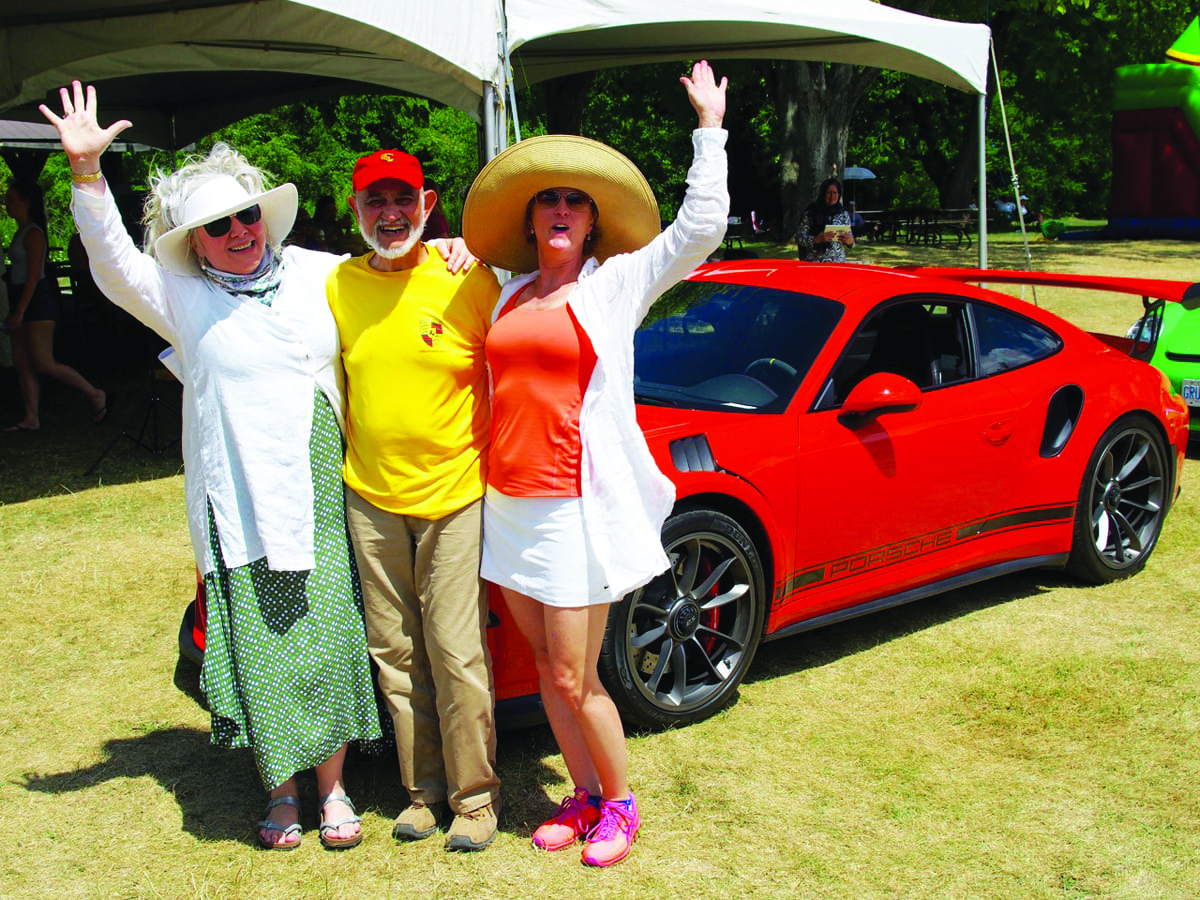 Once at Boyd Conservation Park, rally drivers and navigators met up with other Porsche club members for wonderful comradery, a Show and Shine, and a fab­ulous BBQ picnic, followed by an awards presentation. There were many first time entrants in this year’s rally and they did quite well. Car #3, driven by Stephanie Perry and Jan Robarts, came in first. It was their first time and the two ladies won the rally! Second place went to car #20 with Alex and Jet So, with two kids in tow, while third place belonged to Oliver and Lucie Collins in car #7. Fourth and fifth place finishers were Roy Singh/David Prashad (car #1) and Randy Stroud/ Paul Larocque (car #2), respectively. A special prize for good effort was given to Fitzray and Jacqueline Nash, who were enthusiastic throughout the rally. Wil­lie and Beverly Cahill won a prize for making sure that everyone finished the rally before them. They indeed helped others during the course with directions.

As UCR president Mike Bryan emphasized at the celebration, these events do not and could not hap­pen without the help of dedicated volunteers. From early that morning, Rohail Ali-Khan, Manzar, Mario Morelli and Gulzar, were out helping with directing drivers, doing registrations and providing numbers to cars coming in. At the control points were Andy Kowelowski, Mr. and Mrs. Val Simic, Sadia, Imrana and again my wife Gulzar who never leaves my side through these events unless someone shows up in a spruced up Porsche, without a navigator. One of our dedicated multi-year volunteers Mike Bertin, missed helping in this year’s rally and we send our best wishes to him for good health. Provinz Editor Randy Gananathan was at the starting point at 8am and rushed back to Boyd to direct incoming Porsches to park in a beautiful semicircle. “Thank you” to all of these volunteers and others who have helped make this an enjoyable event every year. We look forward to welcoming more members to future UCR rallies. It is fun and challenging, not just for drivers or navigators but the entire family!

An eager crowd awaits the results 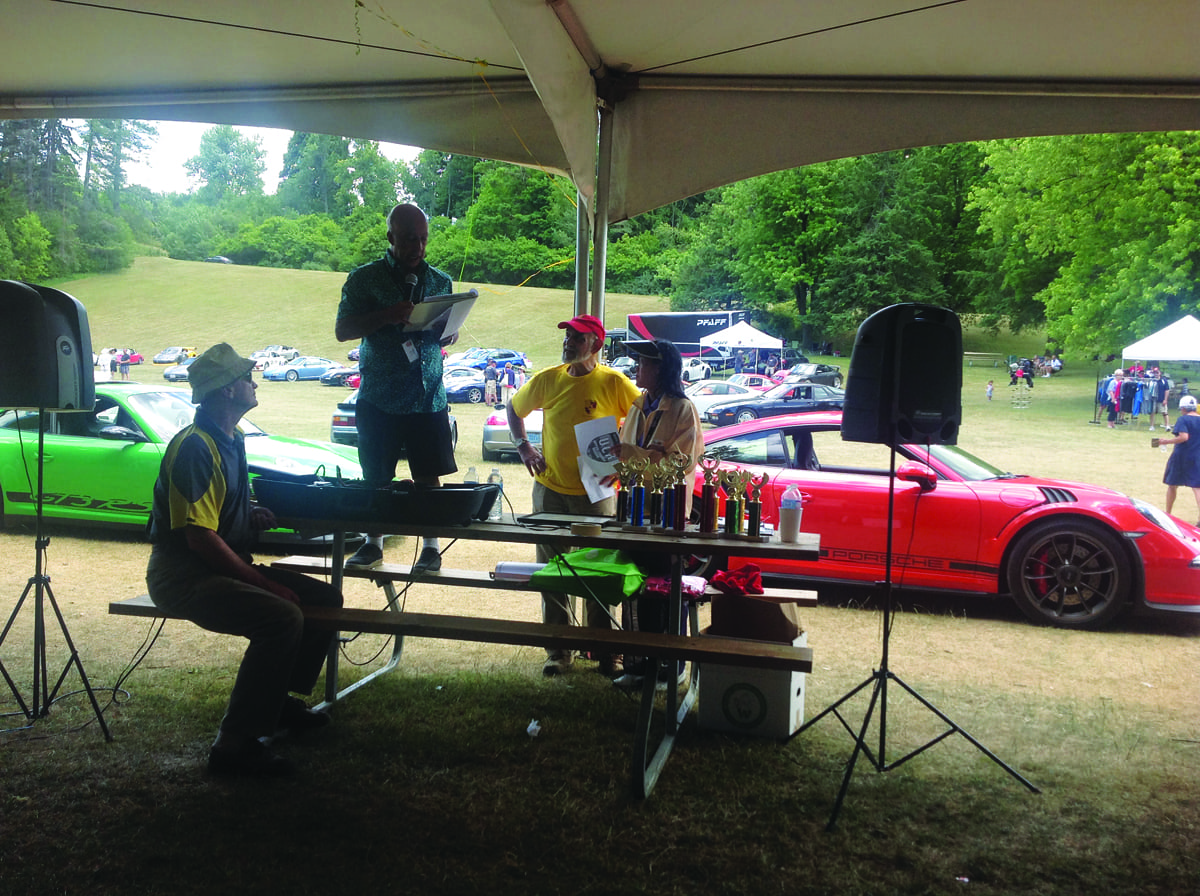 Handing out the Rally Awards