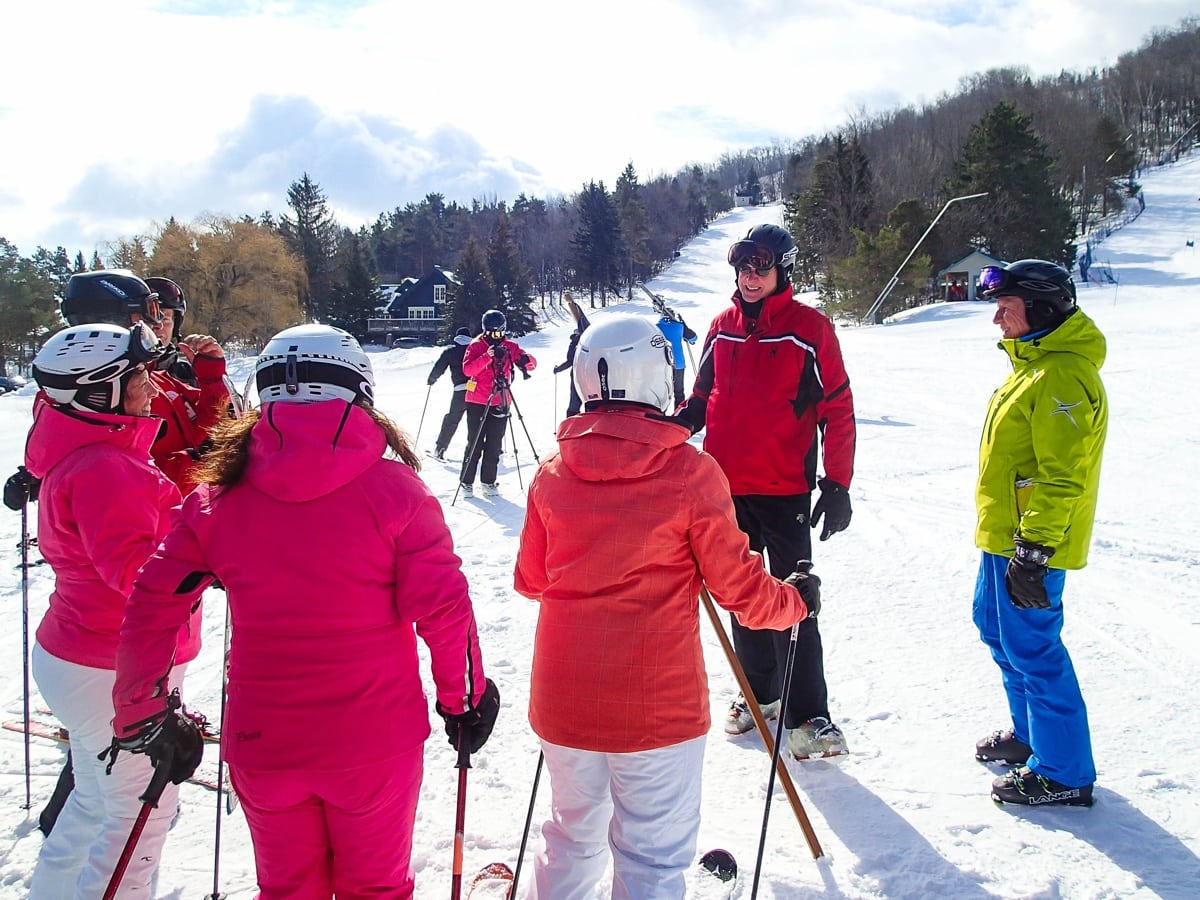 Don Lewtas getting the group organized for our official group photo by Hazel de Burgh, who is preparing off in the distance setting up her tripod.

All lined up on the snowboard bench seat: Peter Walsh at the front, followed by Hyunjoo Choe, then Jack Vanderkooy and Tom Arndt, with Fari Teymourtash looking on.

There was a terrific group for Ski Day on March 4th at the Osler Bluff Ski Club with many returning regulars and lots of new participants to welcome. The ski club had received 60 cm of fresh powdery snow a couple of days earlier and with over­night grooming, the ski conditions were the best so far this season. Bright sunshine and cool temperatures made the day perfect. We started the day with our group photo at the base of the hill and then up onto the trails. 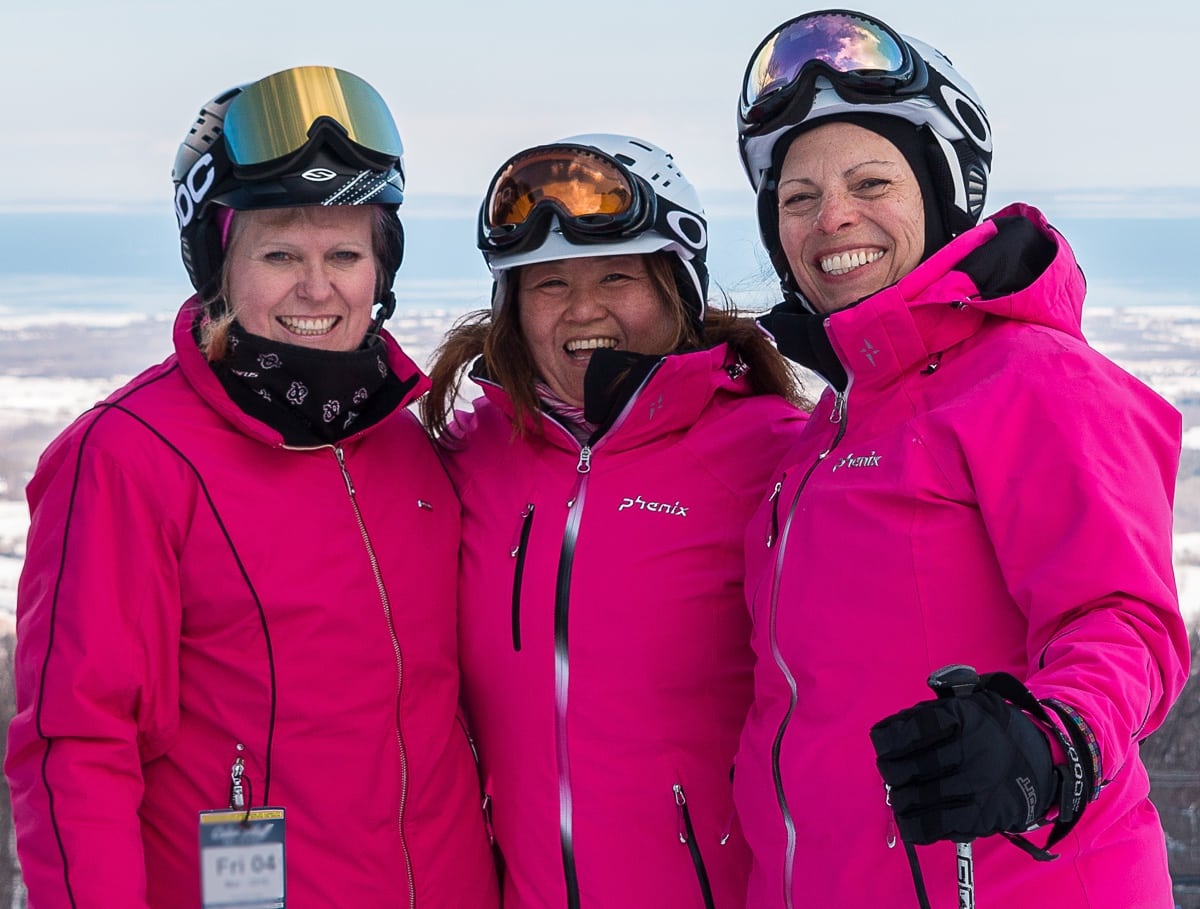 Co-hosts Anne and David Forbes arranged the weather, while event host Don Lewtas arranged everything else!

Virtually every ski trail was open with wonderful coverage and the vistas from the top of the mountain looking out over Georgian Bay were spectacular. The favorite runs again were Gulch with the narrow band of sequential turns through the woods and the steep and fast Laurie’s Bluff. The creative Hazel de Burgh was our photographer and captured the group in action on the hill as well as many other shots showing our members and guests enjoying the day. The high speed lifts and the lack of crowds made for lots of ski time. 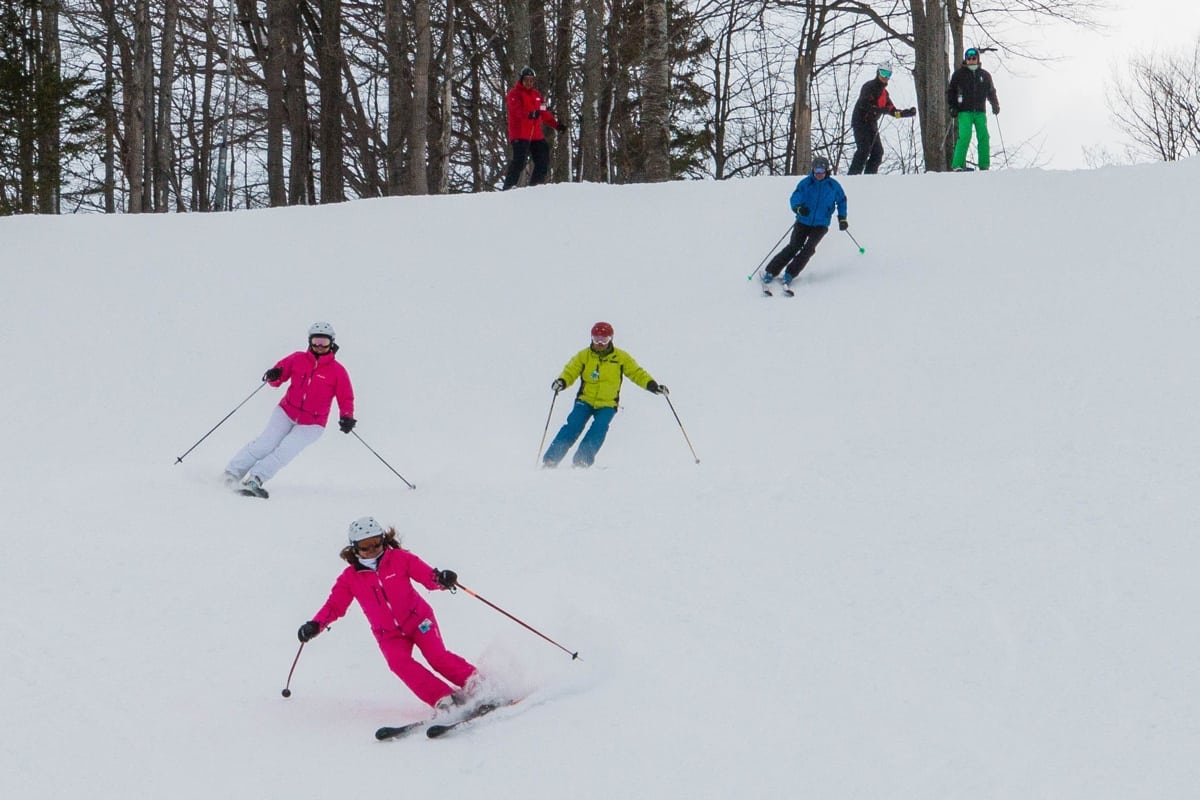 After a full day on the hill our group retired to a nearby cabin for an après ski to talk about the day on the hill, our Porsches and enjoy some wine and cheese. Thank you to Anne and David Forbes for greeting everyone and helping me with the day, Hazel de Burgh for the fine photography, my wife Barbara for setting up the Après Ski and for all those members and guests that came out to make a wonderful ski day. 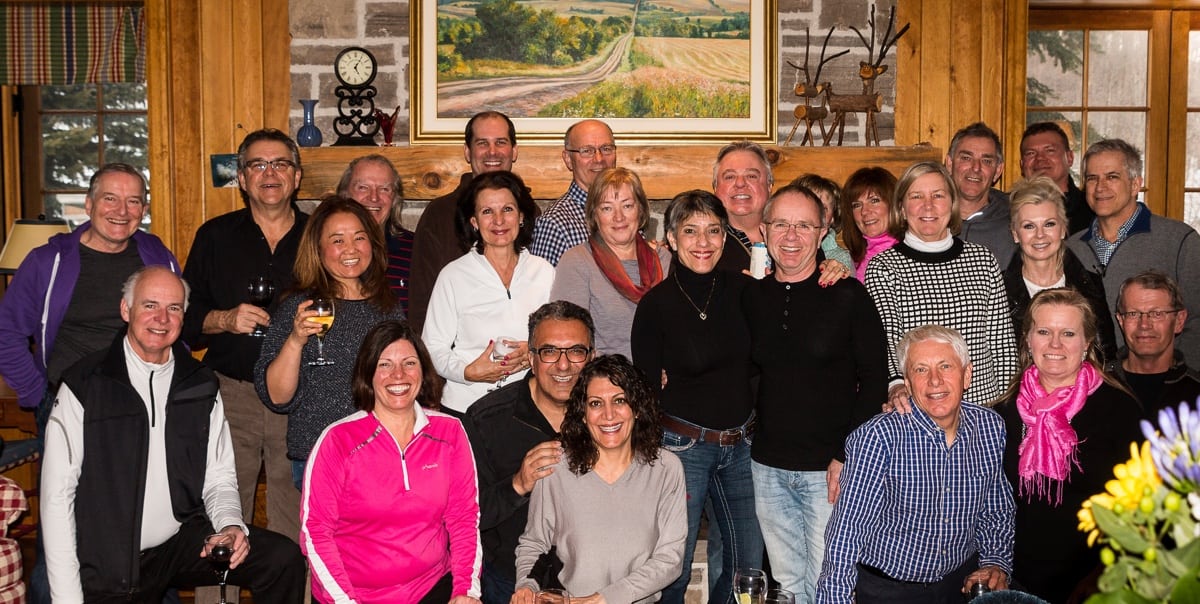