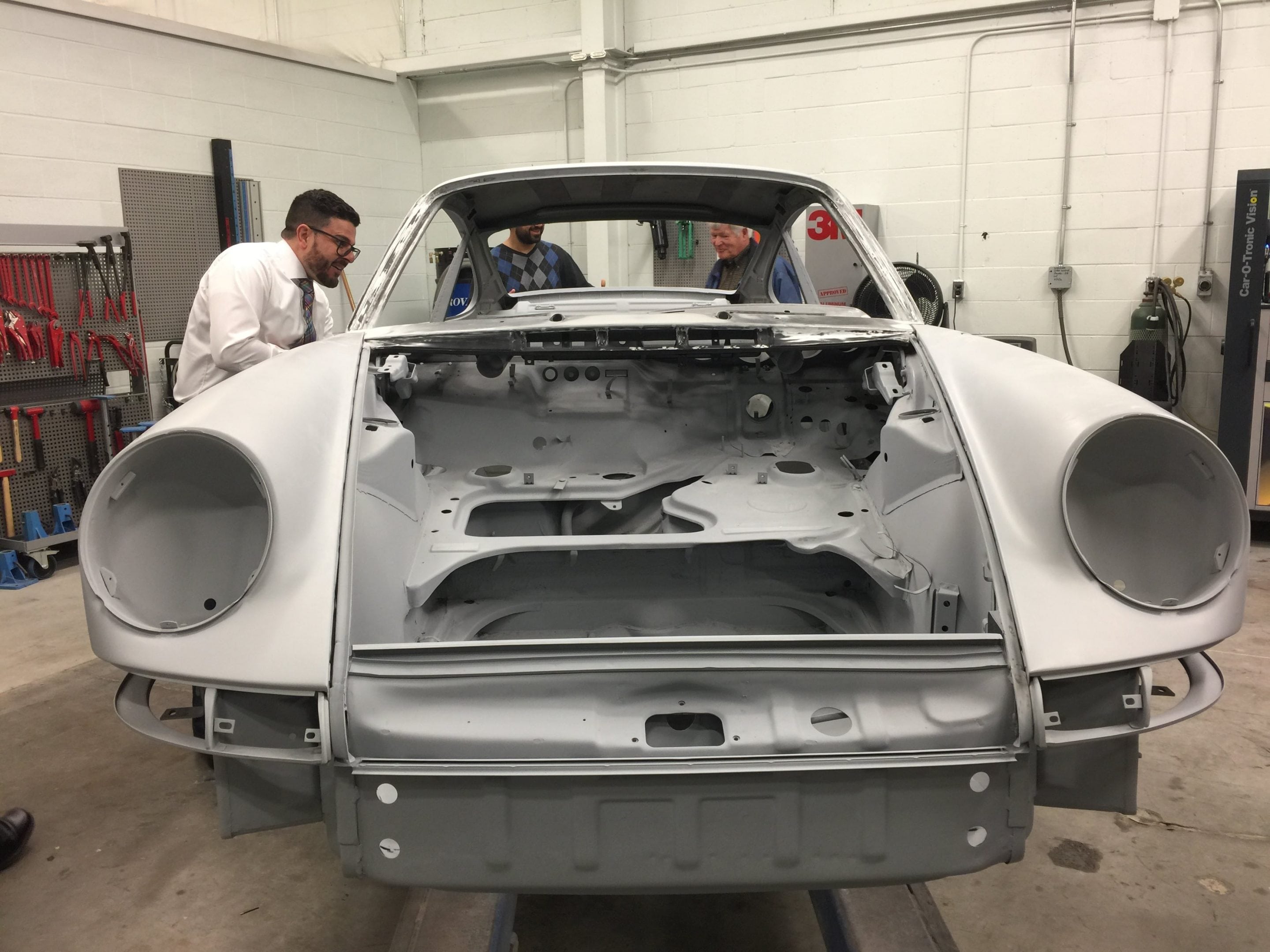 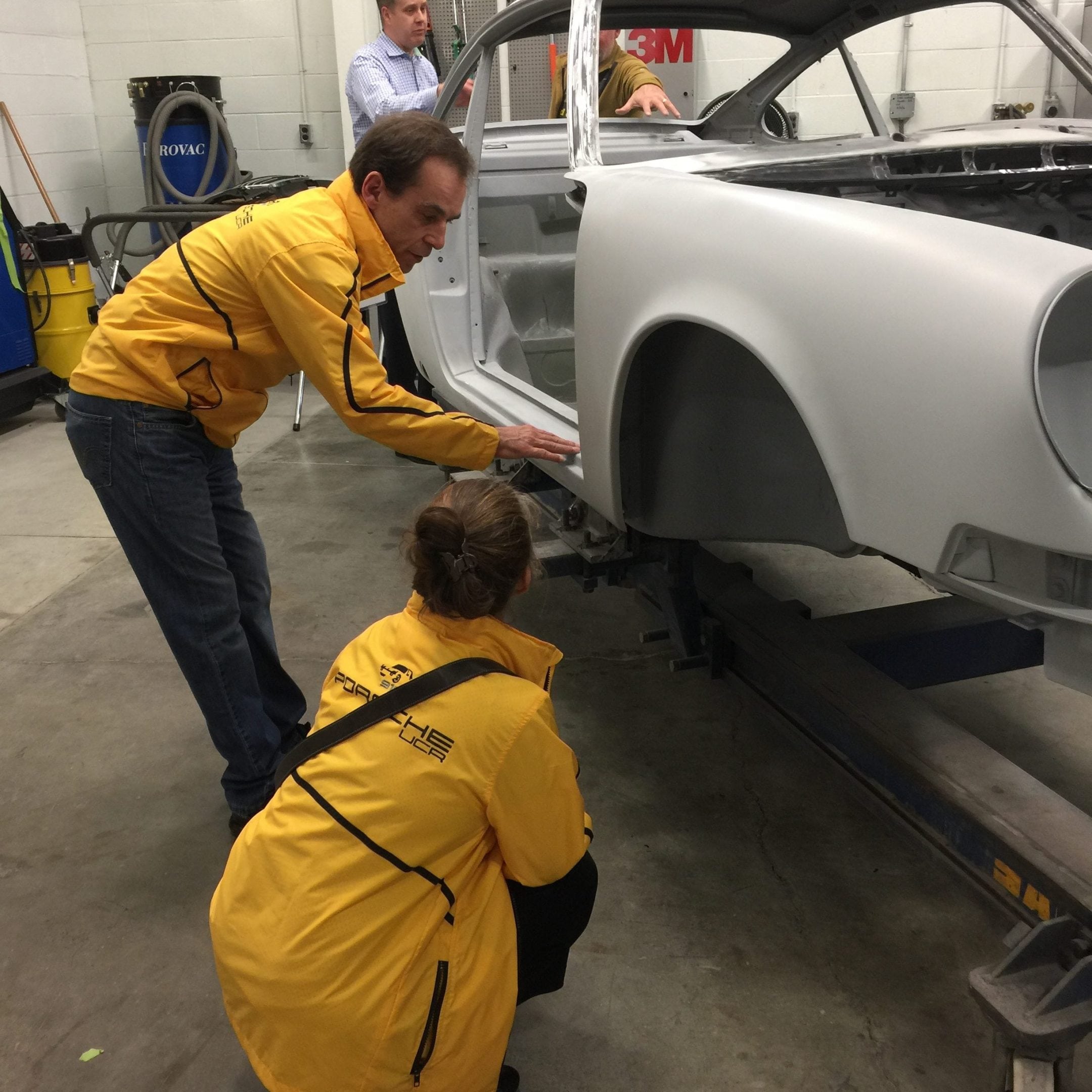 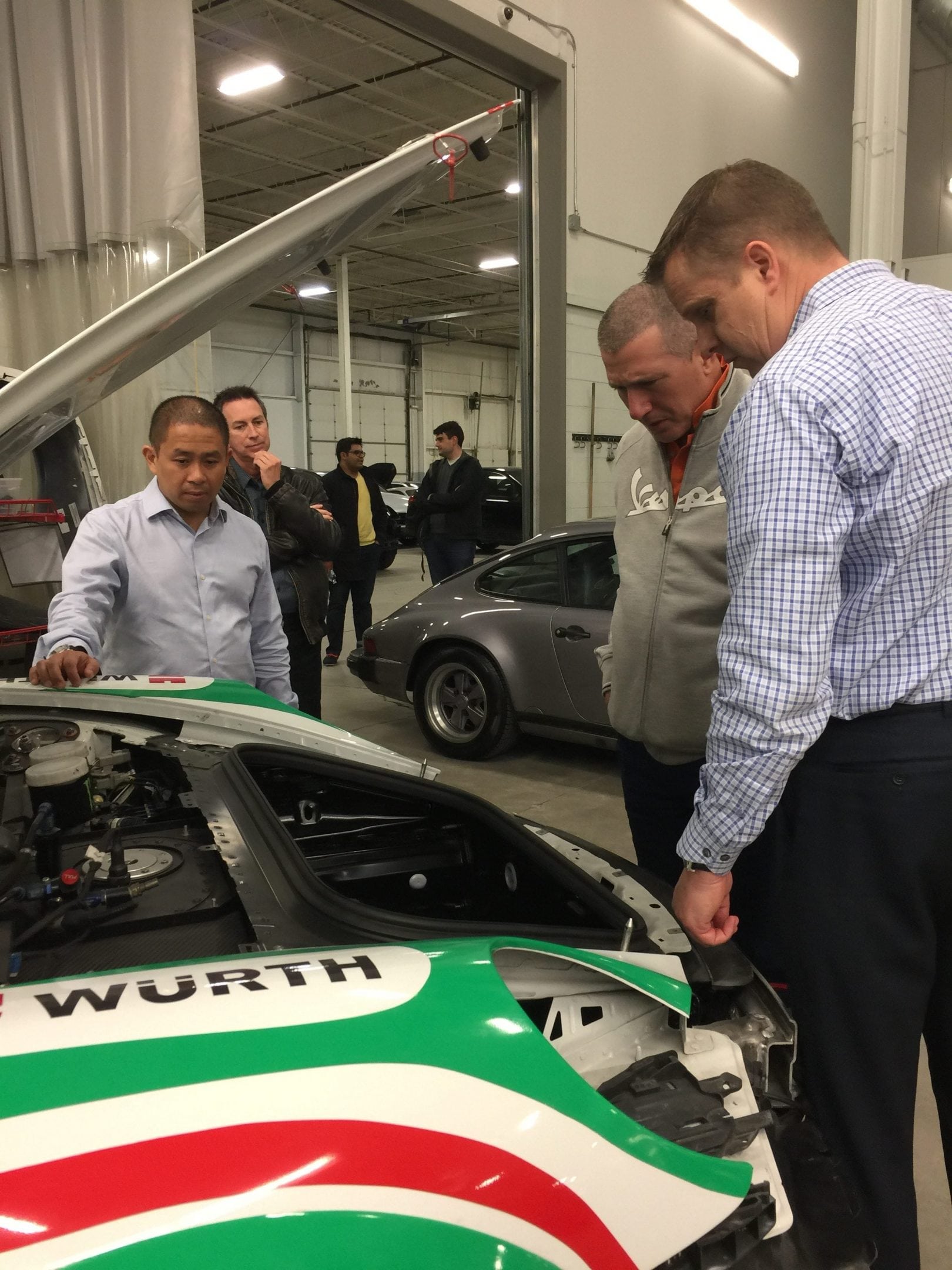 Pfaff Autoworks, one of Canada’s premiere collision repair centres, and Bodyshop Magazine’s 2015 Bodyshop of the Year, hosted an information session at its Vaughan facility on April 25th, 2017 for the Porsche Club of Canada – Upper Canada Region (UCR). The bodyshop welcomed over 50 interested guests, who came from as far away as Georgetown, and presented an informative session on the evolution of Porsche 911 bodies and construction techniques.

Inside the facility’s special aluminum room, Pfaff Porsche’s 2015 911 GT3 Cup car was representative of state-of-the-art modern Porsche construction techniques. With a body consisting of about 60% aluminum for lighter weight, the “991” body is largely riveted and bonded together. Its combination of steel and aluminum makes for an incredibly light and stiff structure that benefits performance, but makes collision repairs more time consuming and complicated. Unlike steel bodies, that can be welded and repaired in a number of different ways, a new hybrid-construction 911 can only be repaired one way, with potentially catastrophic consequences for safety and corrosion protection if the proper, manufacturer-approved techniques are not followed. 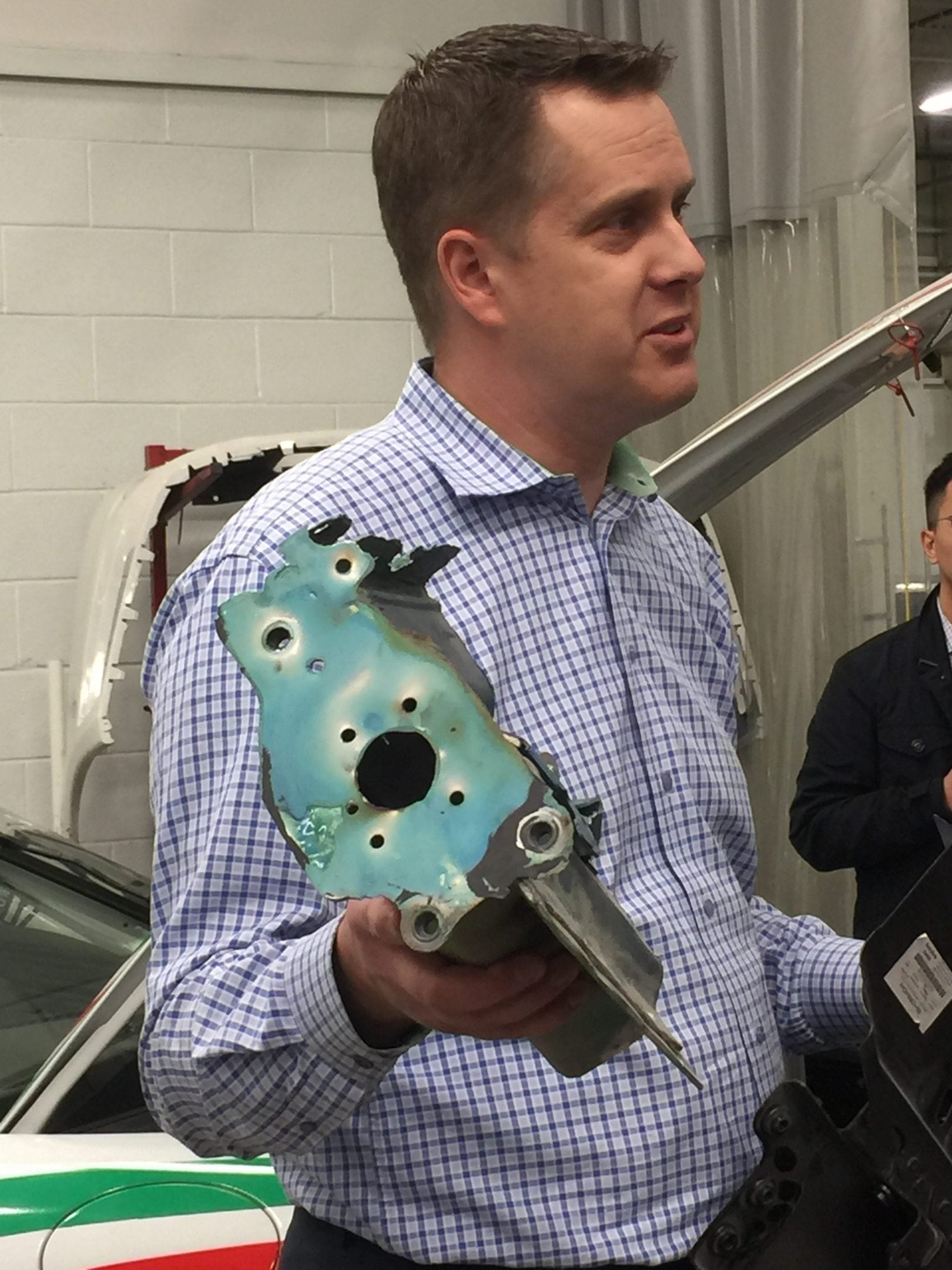 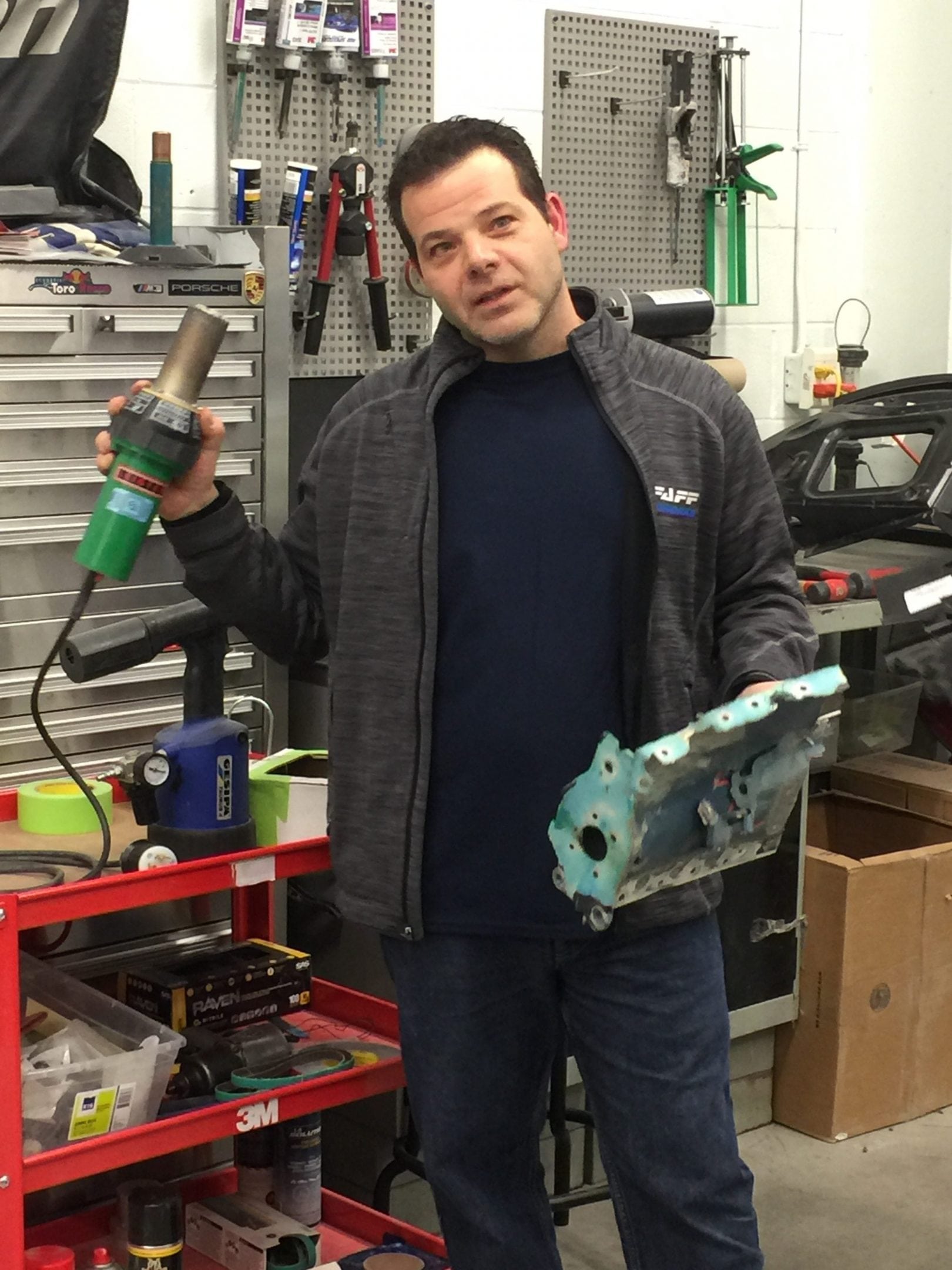 Pfaff Autoworks general manager Jeff Pabst explained that the bodyshop’s technicians spend at least one month out of the year away on training to learn the latest techniques from Porsche, resulting in Certified Collision Centre certification (a distinction it holds for Volkswagen, Audi, BMW, and McLaren as well). Modern techniques, which do not require welding, also mean that cars like the race vehicle on display can, with time and the proper technique, be repaired track-side overnight when involved in a racing incident.

On display right next to the 911 GT3 was a 1972 Porsche 911T Sportomatic restoration project, a collaborative project between Pfaff Autoworks and Pfaff Porsche Service, to demonstrate their competency in repairing and restoring classic vehicles. With over 400 hours invested, the decomposing body from a rusty, rotted shell that arrived at the shop over a year ago, has been transformed to a primer coated, ready for paint unit to bring it back to life. The floor, rear-seat platforms, front trunk area, windshield surround have all been replaced by new sheet metal sections. The dashboard has been repaired, and new fenders and doors have been fitted. The modern primer coating ensures corrosion resistance is significantly improved for longevity of the restoration. By the end of May, the restoration project is expected to be finished in its original medium green colour before returning to Pfaff Porsche Service, where its fully restored mechanicals will be re-fitted. Once owned by Canadian racing legend Horst Kroll, this 1972 coupe is a true piece of Canadian Porsche history. 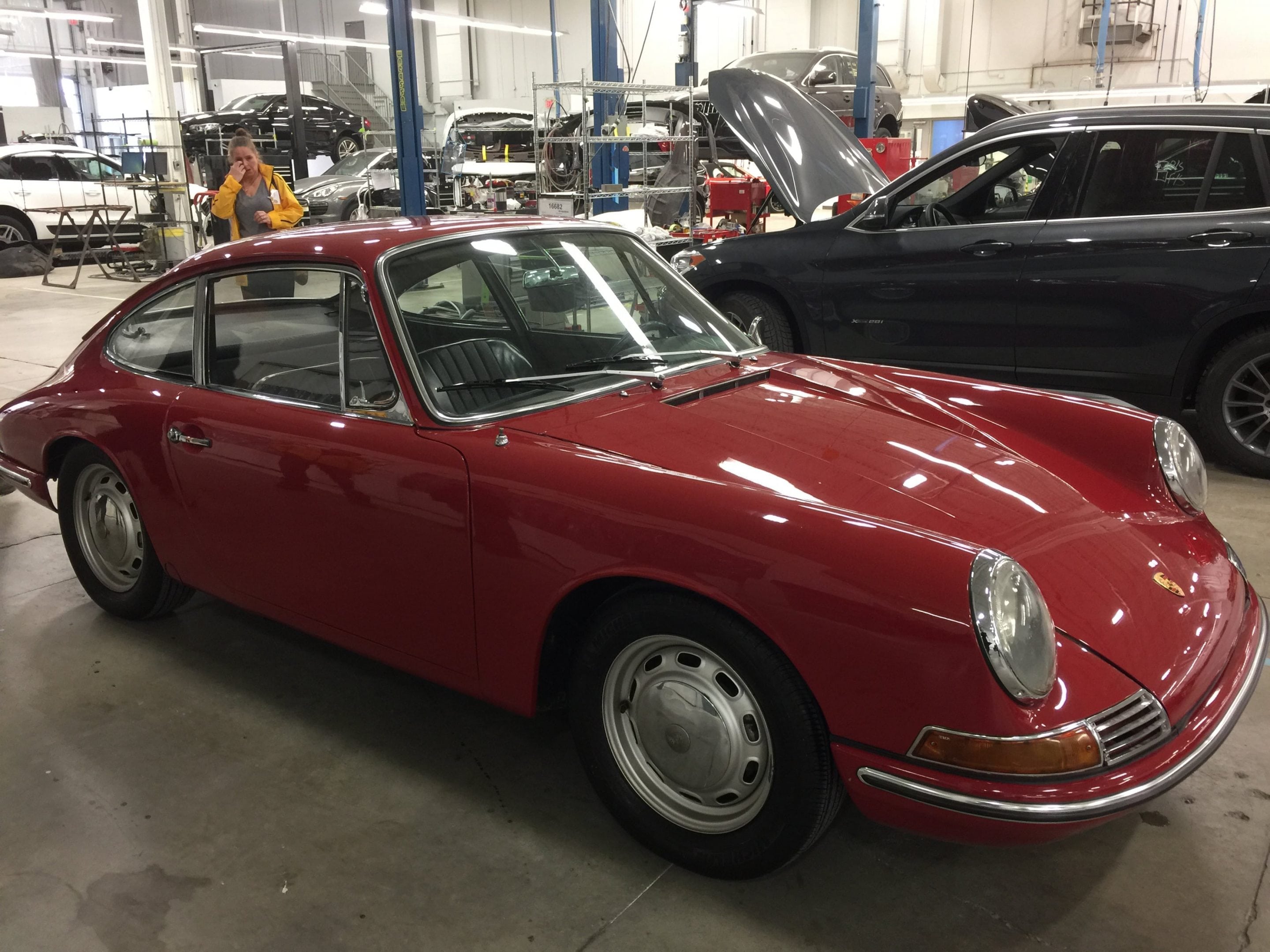 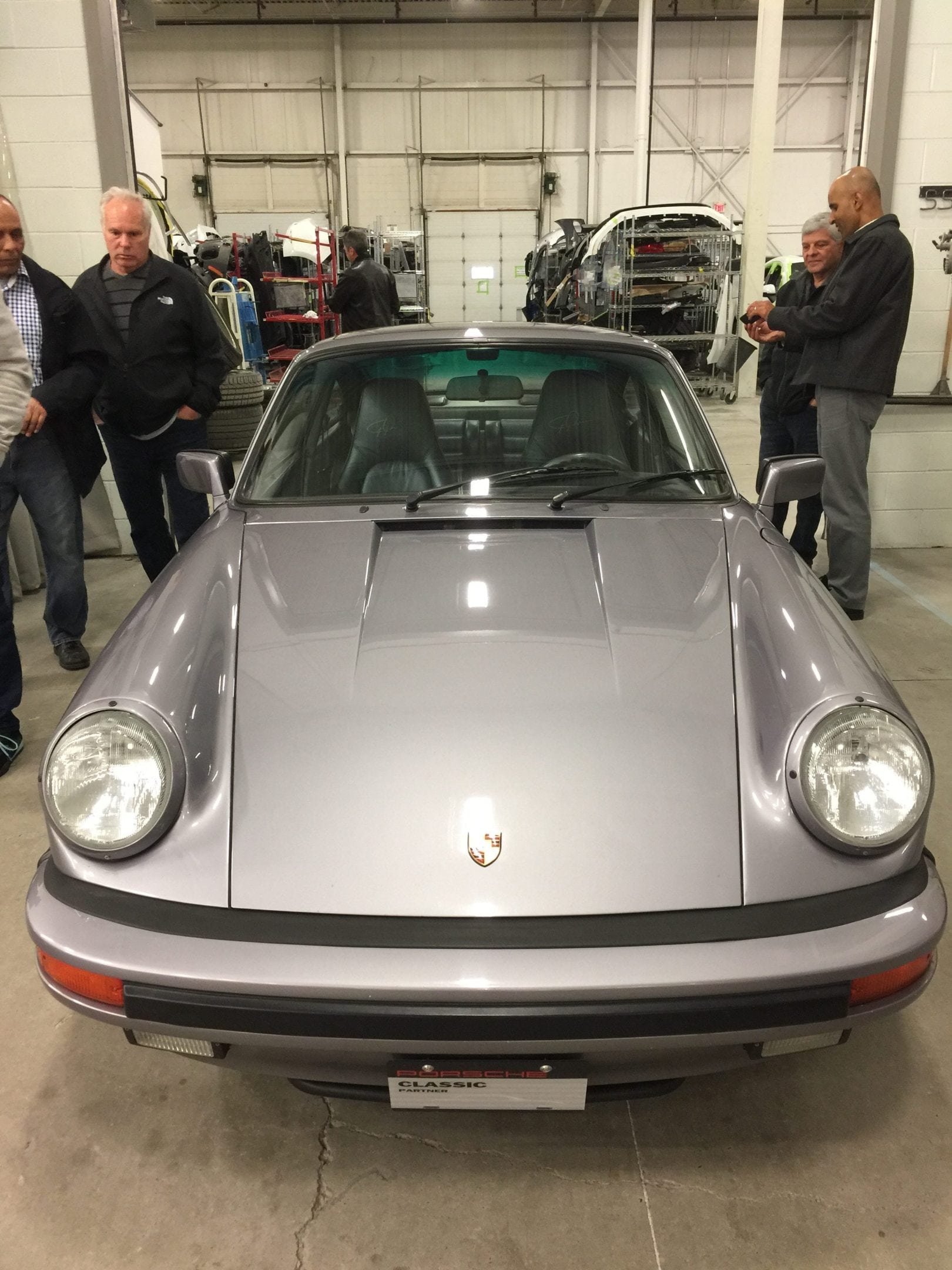 Pabst drew some interesting parallels for the crowd between 1972 and modern-day Porsche production and repair techniques: while materials science and engineering have advanced significantly, both cars were built and are repaired using Celette benches, the gold standard in the industry for chassis and unibody repairs. Participants in the workshop were also shown copies of 1970 and modern shop manuals to show how their engineering and construction have evolved over the years.

The event area within the large facility was graced by some choice selections from Pfaff Porsche’s classic used car inventory, including a Porsche 912, 1988 911 Jubilee Edition, and 1996 911 Carrera. It was an exciting and informative night for everyone that participated.

Previous articleFUN RUN IN MUSKOKA
Next articleTHE ONE MILLIONTH 911

BARNFYND:  Imagine finding this treat under your tree on Christmas morn?