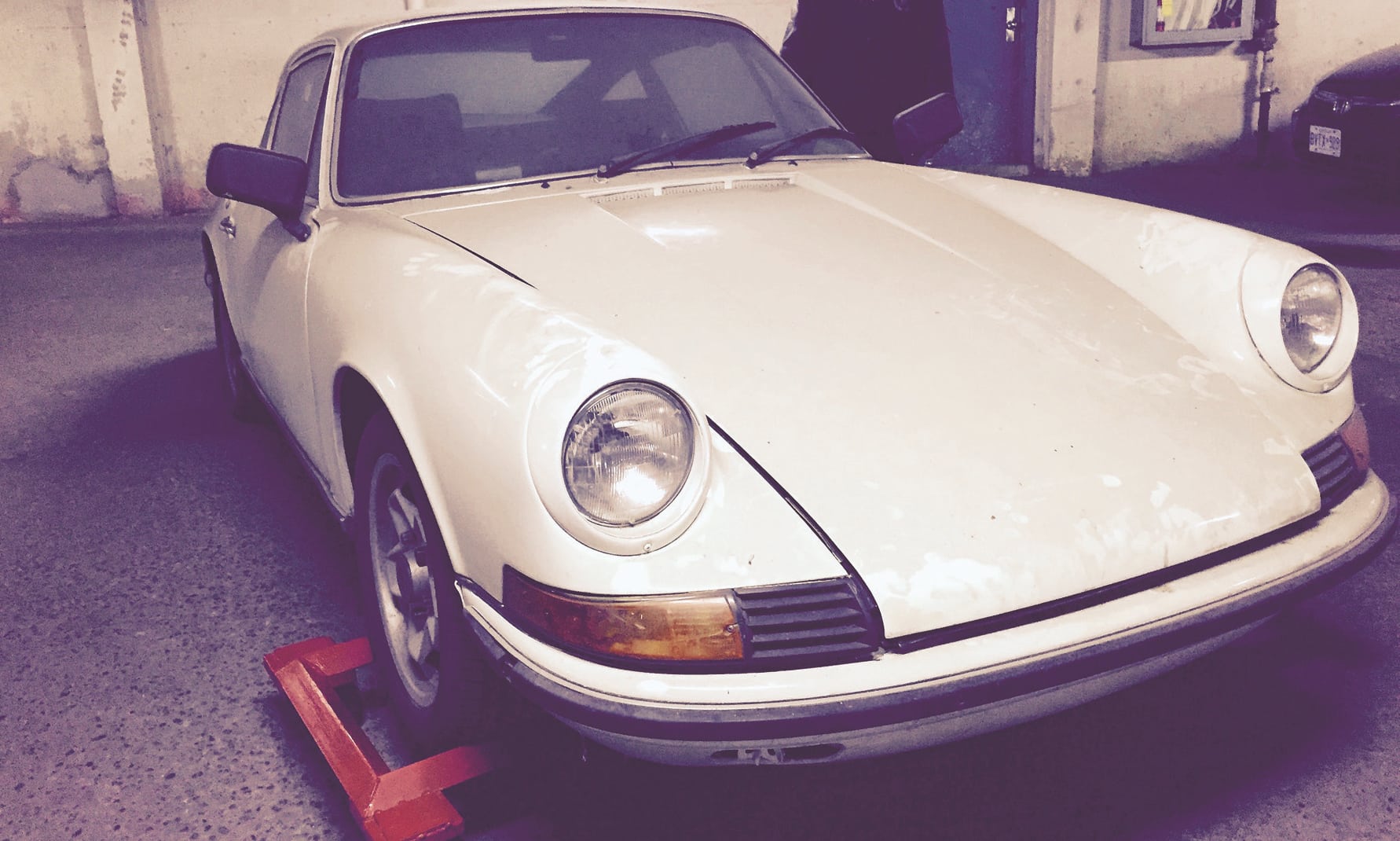 If Horst Kroll had stored his 911’s in a highway salt de­pot, or tucked them away in the Amazon rain forest, they might have not ended up looking worse.

As it was, they were not pretty. Two floors removed from sunshine and fresh air, the 1972 911T coupe and 1977 911S Targa sat in Kroll’s condo sub-basement last December caked with calcium, coated with concrete dust. 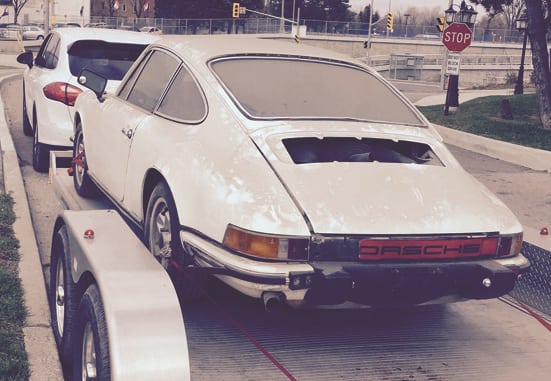 He’d had no intention of keeping them so long. When they came into his life, Kroll was among Canada’s best-known race drivers, but since nobody ever got rich contesting the Can-Am championship, even as he won the championship in its last year, he sometimes bought used Porsches after races in California and drove them home to sell at his West Hill repair shop, in east-end Scarborough.

The 911T was one such car. Telling the story of the po­lice pursuit in Oklahoma while speeding home to Toronto remains, to this very day, one of Kroll’s favorites. And keep in mind any old racer spins a million stories.

The long-time PCA UCR member, Horst first came to prominence in 1968 driving the Kelly-Porsche to the Ca­nadian championship. He moved on to Formula A/5000 before converting his Lola to Can-Am specs in 1977, be­coming a little faster each year and a top-five runner after an ice cream company’s sponsorship transformed his Lola into the Chipwich Charger.

Now, back to the pursuit. After qualifying second to Ireland’s Michael Roe at the Sears Point, CA, Can-Am in 1984 – albeit struggling to finish eighth in the race – he and then-girlfriend Connie were on a high as they set out to drive home in the 911T and a 356 that Californian racer Mike Freberg had hand-picked. 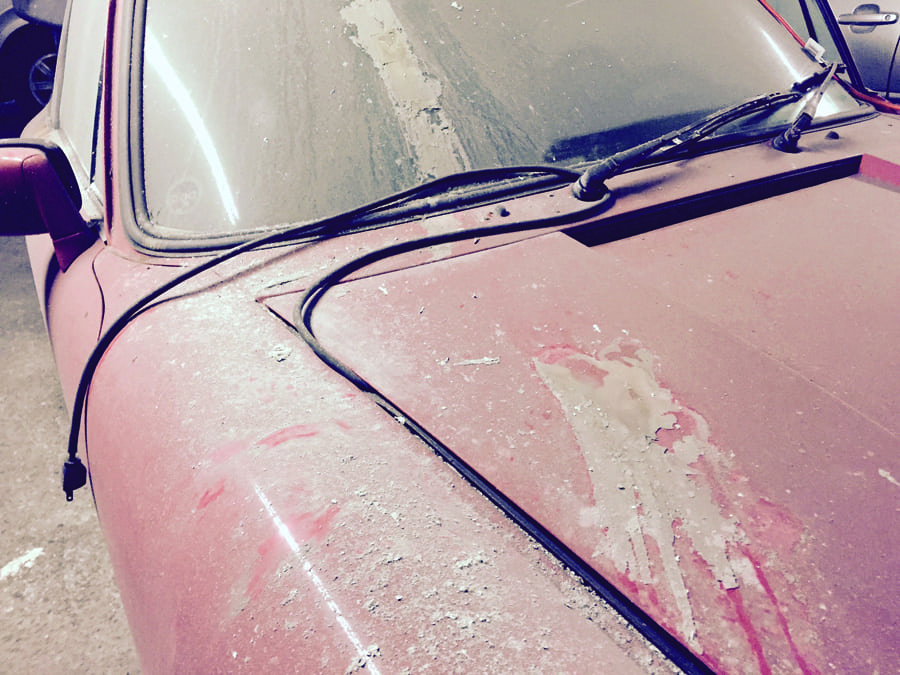 Understand that Kroll doesn’t process speed like you and me. Means nothing to him. In a lifetime of speed­ing tickets never once has he felt he was driving too fast. Anyway the cars he raced in the second Can-Am series, 1977-1986, were faster than the McLarens, Porsches and Shadows everyone remembers from the original Can- Am glory days. Their tires were stickier, their downforce mightier.

The one time Formula One and Can-Am cars raced on the same track on the same weekend, in the extreme heat of Dallas in 1984, Roe was faster in his VDS Chevro­let than Niki Lauda in the McLaren TAG-Porsche, the swiftest of the F-1 cars.

As for the police pursuit on the Oklahoma, Kroll never looks at speedometers so he can’t say how fast they were going, but he does claim it was Connie’s fault. “Connie was in the 911 and I was in the 356 having a hard time keeping up,” he relates.

“Then she started dicing with some guy and didn’t notice the police car parked in the grass between the lanes. He was positioned to catch speeders in the other lanes – but as I passed I saw he’d spotted Connie and was wheeling around to come after us.

“I’d told her that if she ever saw me flashing my lights, take the next exit. And one was coming right up – she was lucky to make it by cutting in front of a transport truck, and I followed. I told the guy at the toll booth to keep the change – I was in a hurry.”

Whether the cop was close enough to see them exit­ing, who knows, because a motel just after the ramp offered an immediate hiding sanctuary, first behind some bushes, then in a room. “I decided Connie needed to dye her hair – as a blonde in a 911, she’d always stand out. . . but I phoned Mike Freberg for his advice and he said not to worry so much.

“We checked out of that motel in the middle of the night and kept going on the back roads. No problem after that – until the 356’s engine started smoking.” Even this setback was easily addressed; having worked at Porsche’s factory shop in Zuffenhausen before immigrating to Canada, Kroll had been replacing pistons and cylinders for a quarter of a century.

Once home, the cars sat, and sat some more. Kroll’s great weak­ness in the used car game was that he despised haggling. Somebody made a low-ball offer, he’d say get the hell out of here. He kept adding to his inventory, though. When he took in a 1977 Targa as a trade-in on a truck, that made three old Porsches jammed into the line of Audis and Volkswagens that overflowed into the lot next door.

Years turned into decades. He wasn’t given to worry. Fact was, he loved driving the 911T with its Sportomatic transmission that functioned without a clutch pedal, merely touching the gearshift allowing access to its four gears. It became something of a family car. His daughter, Birgit, remembers driving it to her graduation.

Later in the 1990’s, Kroll began favoring the Audis in his inventory while the Porsches just sat. Tires flattened. Porsche crests were picked off in the night, wipers disap­peared, a radio. Eventually the 356 sold. No takers for the 911’s.

He retired in 2006, having turned 70. The Porsches remained on Kingston Rd., one outside a repair shop with For Sale sign in the windshield, the other in a mall park­ing lot.

It might have been five years ago, he figures, likely closer to 10, when he drove them into his condo basement. They were good solid cars, he’d tell anyone who asked, needing only and new fuel and new batteries. 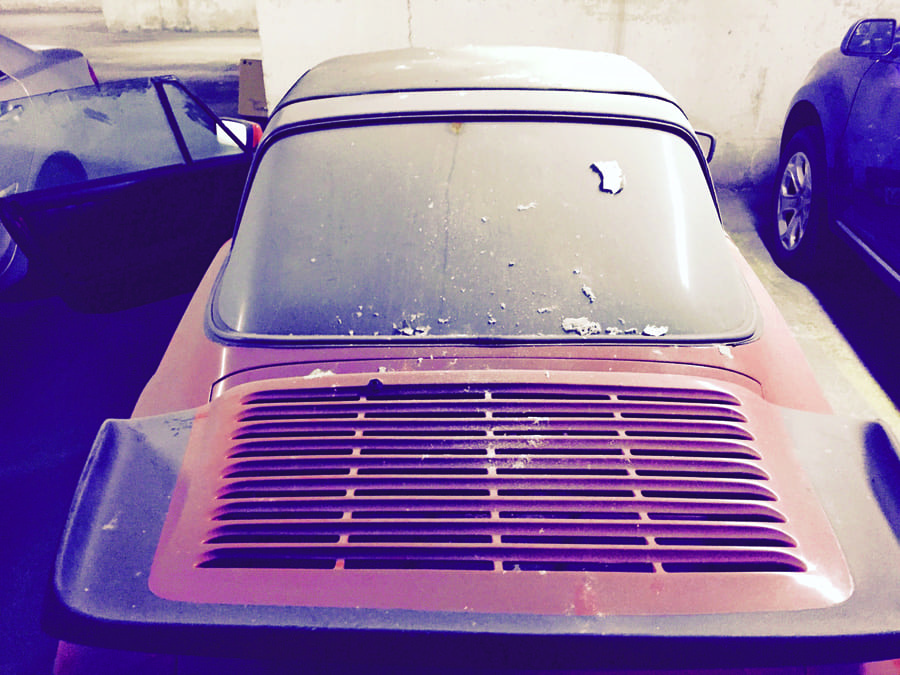 After suffering a stroke in the summer of 2014, his frustration grew. Although his recovery was remarkable, he’d lost the dexterity necessary to get them going.

This writer offered to put together For Sale ads for Panorama and the UCR website. Mutual friend Rick Bye had a better idea: tow them out of Kroll’s sub-basement, clean them up, move them into his heated shop for inspection by prospective buyers.

It didn’t go well. Both cars’ tow hooks ripped from their rusted bases on the way up the condo ramp, due to the resistance of the frozen brakes. A spray wash on the way to Bye’s made them look a lot more appealing, but a bit I wrote offering the 911T in the Globe and Mail’s Globe Drive Christmas gift section for $30,000, brought zero responses.

Optimism was in short supply entering 2016, when, just before finally submitting ads to Pano and UCR, a phone call changed everything.

Part Two will appear in the next issue of PROVINZ

‘Wishing You Were Here’