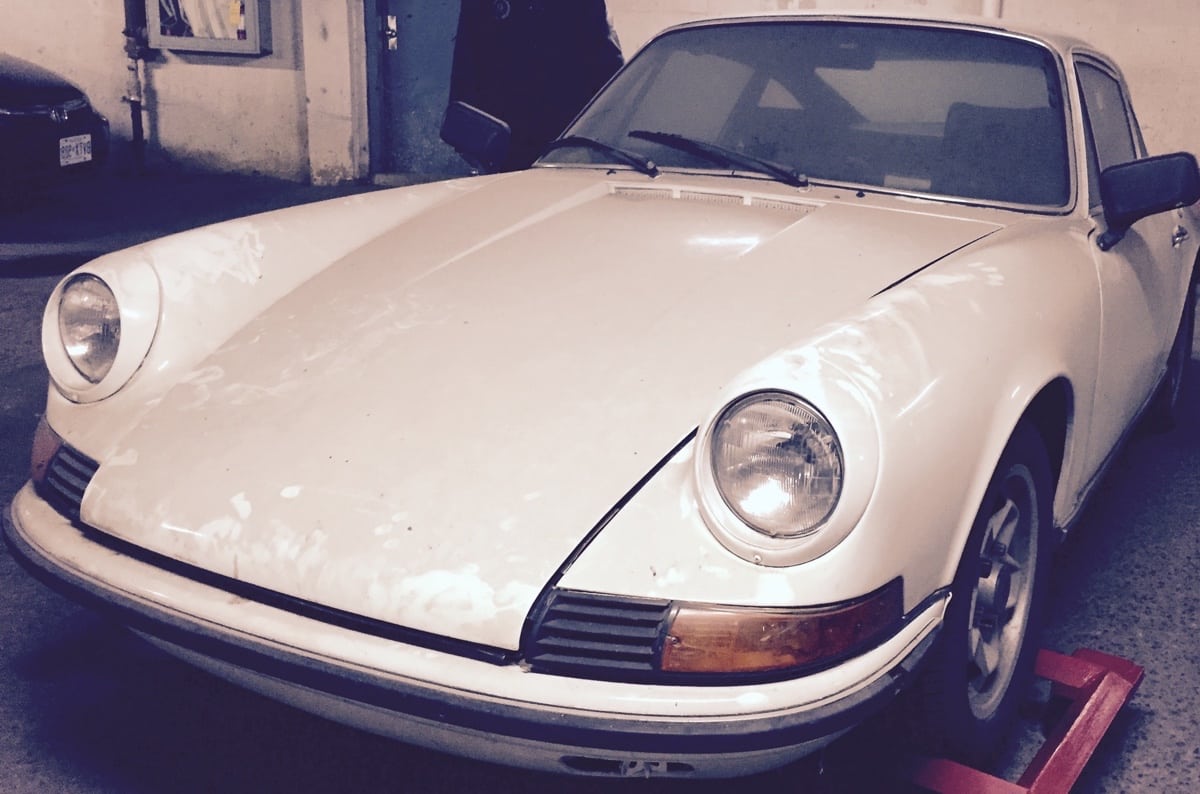 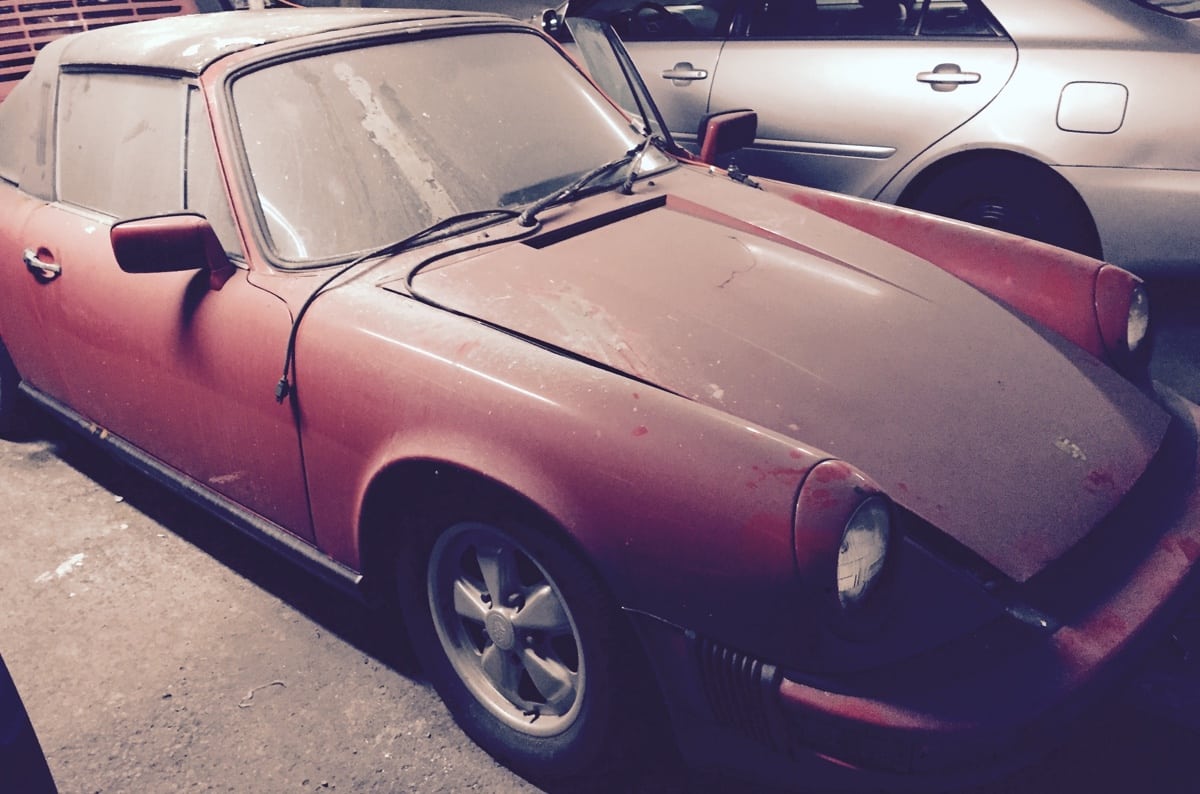 Before beginning any involvement with an aged, needy but still desirable Porsche, the first step must be establishing how much work and how many dollars separate eventual perfection from present condition. Otherwise you risk breaking the bank, your heart, possibly both.

Horst Kroll’s 44-year-old 911T coupe and ‘77 911S Targa, first described in the June issue, clarify the principle. Read on if ever you dream of making an old car new.

In our first installment in this series, Rick Bye and your reporter set out to sell these cars as a favour to Kroll, a mutual friend and the 1985 SCCA Can-Am racing champion, before he turned 80 this spring. We began with no clue as to their worth.

The question we had to address was how distant Kroll’s cars were from those expressions of perfection. To his thinking they were solid runners; he’d driven them into his condo parking just after retiring from running his East-end Toronto repair shop, but they hadn’t run in so long their batteries wouldn’t take a charge.

We quickly determined the ’77 should be sold as a driver – if in fact it would drive. Before the New Year, Bye towed the red Targa to Auguste LeCourt’s shop in St. Catharines for a determination. They’d both worked for Ludwig Heimrath, LeCourt as race mechanic, Bye as service manager.

The ’72 remained a tougher call. Potentially it was worth much, much more. But Bye’s discovery of a large hole in the structural panel where the front suspension A-arms mount, left us wondering about the existence of other structural damage. 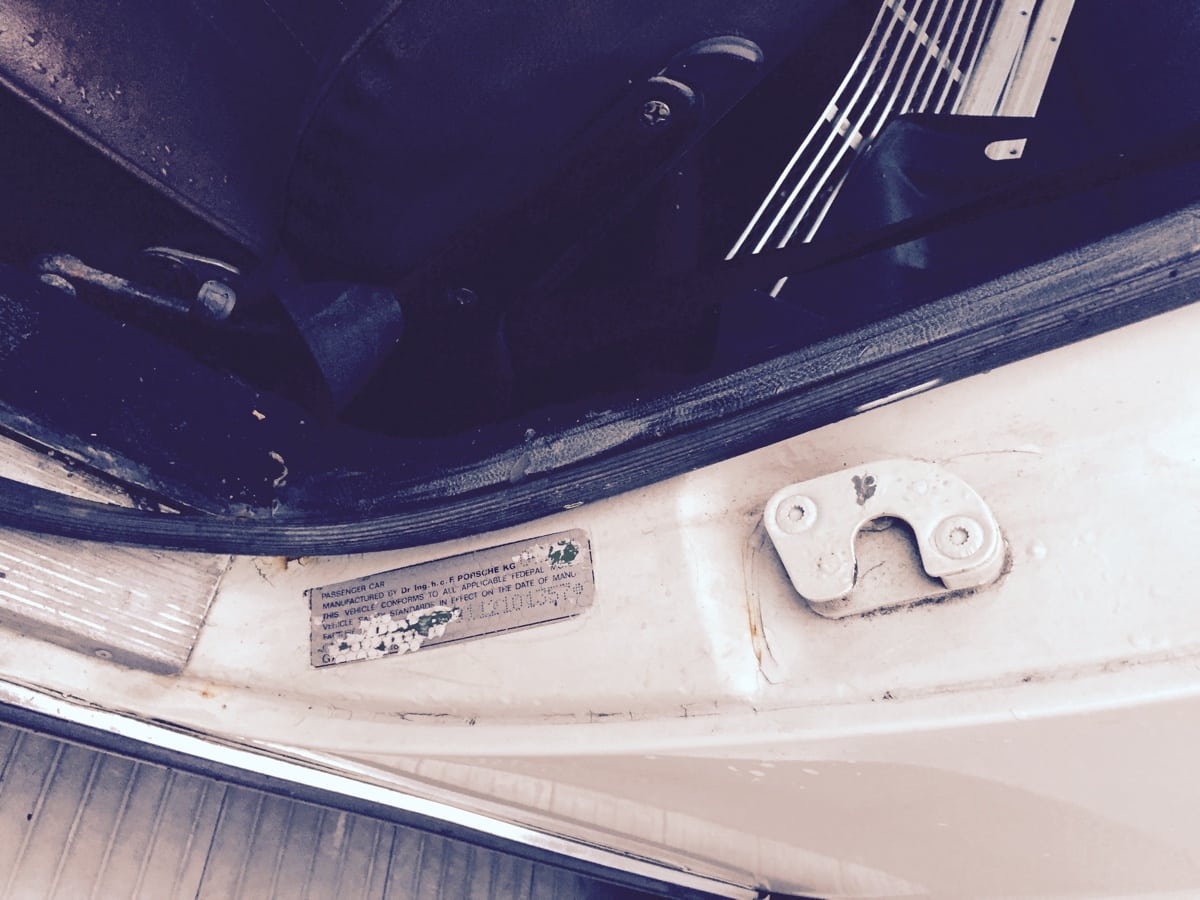 Enter Bruce Farrow, PCA UCR appraisals chair. When Farrow was preparing his first 356 for vintage racing, Kroll was happy to share his expertise. Now Farrow agreed to appraise the 911T, no charge, so we’d know what we were trying to sell

Watching Farrow work: a clinic. With his methods, I’d never have bought the five-year-old 356B Super that engaged me nearly 47 years ago in a lifetime of Porsche pleasure and pain. I’d have waited for a better one.

Farrow recommends that the first step in the restoration of an older Porsche, even prior to purchase, is establishing what the car actually is.

Although many a short-hood is modified to look like a Carrera RS 2.7 Lightweight, only 134 are the genuine item. In this case, at the opposite end of the spectrum, a 911T Sportomatic – once scorned but increasingly appreciated for being manufactured without a clutch pedal, its clutch engaging electronically when the driver touches the gearshift to select one of four gears forward – we needed only establish its likely authenticity. 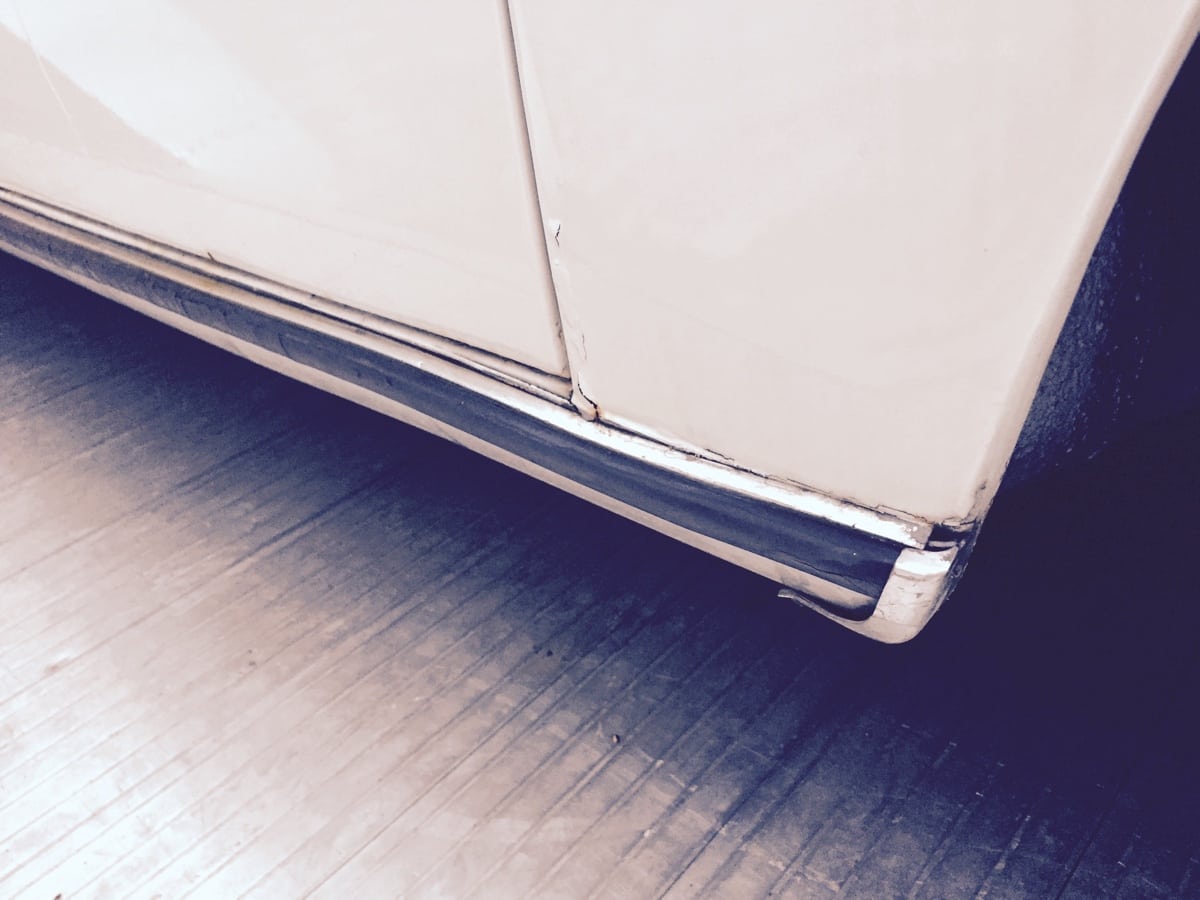 As Farrow methodically recorded and photographed number plates and stampings that determined the engine was designated for Sportomatic application – only a Certificate of Authenticity from Porsche would confirm the engine and transmission were original – his eyes kept moving. “‘S’ trim on the rear bumper, that’s unusual,” he said. “Hmm, an ‘S’ instrument package as well. Could have been special ordered.

Another letter, the ‘E’ following ‘Type 911 T’ on the chassis plate, “indicates fuel injection – mechanical fuel injection, not the K-Jetronic introduced in 1974 – and much-coveted by collectors.”

The gaping hole beyond the chassis plate didn’t trip up Farrow as it had us. “Replacing that structural panel is a big job, a two-to-three-day job, but easily done and the replacement panel itself is something like $600,” he summed up. Well, good news there.

The battery boxes – one on each side in this era of 911 – were pronounced fine, as were the vertical stiffening struts within the rear wheel wells that often are rusted out. The generally solid undercarriage confirmed the car’s California roots.

His sweetness and light dissipated as Farrow turned to the outer body. The smoothness inside the bottoms of the doors could only mean body filler, and his Elcometer paint thickness meter went “off the scale” on the sides of the doors confirming plastic there as well.

The outer rocker panels were original but kaput: they’d need replacement. New doors, new front fenders, too. As for the bubbles at the bottoms of the windshield A-posts, that’d require four hours of metal-working for each small area. The window trim on the passenger side was exceptional, the driver’s side trim scratched. Some of the glass was clear, some tinted, and that wouldn’t do.

He deemed the hood perfect and likely original, and also applauded the condition of the bumpers – other than the after-market protrusions at the back undoubtedly added circa-1980 intended to update the appearance to the safety bumper era. Another departure, as Farrow noted in his printed report, “the car has been painted ‘white’ to a very poor standard.” The paint code ‘224’ designated metallic green as the factory colour.

Inside, the headliner was the same brown vinyl as the seats, possibly special-ordered and original. No way of knowing without the authenticity certificate, but he could be reasonably sure the 126,420 miles on the odometer was correct: he performed his usual test of hoisting an open door upward: there was so little play in the hinges, this wasn’t likely a high-mileage car.

The appraisal stopped short of addressing mechanical issues, other than establishing the engine was not seized. Farrow had set out only to establish whether Kroll’s 911T was a candidate for restoration, and within a week we had our answer. “The car is economically restorable given its lack of serious rust and the likelihood it is original ‘numbers matching’ and may have features that will only be revealed through access to Porsche factory records,” he wrote in closing comments following the points mentioned here and much, much more.

“This vehicle is placed below this value range because it is a low Condition 4 and consequently the Actual Cash Value (ACV) is $20,000.00,” he concluded, explaining the ACV to be “the highest price between a willing buyer and a willing seller who are both knowledgeable, informed and prudent.”

A phone call from Auguste LeCourt advised that the ’77 Targa was ready to go. New battery, new gasoline, new fuel filter, new oil and oil filter, and many hours labor (addressing corrosion within the fuel pressure regulator and drilling out the passenger door’s latch so it would open), totaled $1,280.04.

Bye drove the Targa home smiling. “It ran fine,” he said on arrival in Mississauga. “A little drafty, that’s all.” Anyone with an old Targa would understand.

Rather than advertise, we spread the word among friends in the Porsche community. Very soon thereafter the phone started ringing and two buyers were offering $32,000 for both cars. Sold! To Pfaff Porsche.