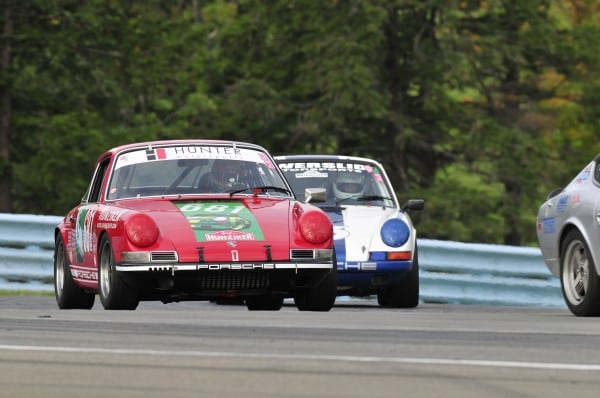 One of the most popular dates on the annual North American vintage racing calendar—and a steadfast SVRA (Sportscar Vintage Racing Association) event for many year—is the September event at Watkins Glen, NY. For many years known as “the Zippo” reflecting the main sponsor’s name, it is now called the US Vintage Grand Prix. This year, it will be held from September 5th through the 7th. Over the years, I have participated in the event many times and, with its location in the hills around the beautiful Finger Lakes south of Rochester, one never knows quite what the weather will bring at that time of year. From beautiful sunshine and temperatures in the high twenties to miserable cold and rain, I’ve seen it all and, in fact, it can change that much from one day to the next, from one extreme to the other there.

Quite a few of our fellow club members have been competing here in their Porsches in a race event that now comprises 12 race groups, each with multiple sub-classes, determined by age, engine size, modifications made to the original car, etc. Last September, I saw Del Bruce, Dave Margolis, Michael Steplock and Doug Kurtin. Personally, I run in a vintage/historic group for sports cars built prior to the end of 1972 with my 1968 911-L. This is Group 8 and it is by far the most heavily populated, with 55 cars taking to the track on the Saturday last year! 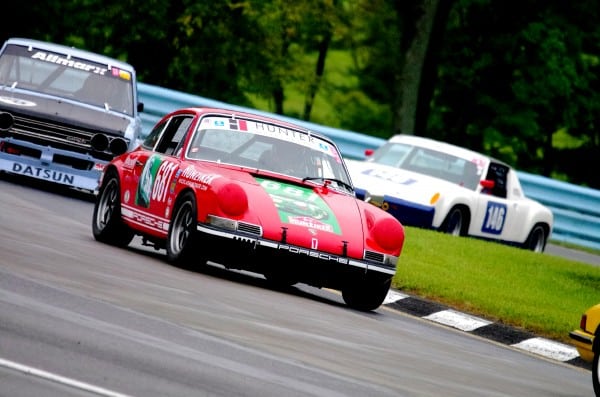 SVRA used to be much stricter with their acceptance criteria so that only cars that had actual racing history prior to 1973 would be allowed. Now, as “real” cars have gotten ever more expensive, and as the rental of race tracks has followed suit, and as the ownership of these racing organizations is somewhat more focused on profit rather than just the pure enthusiasm of their owners, all comers are welcome, as long as they are prepared in a period-correct way. The car I ran in the 2013 event is the one fellow member Greg Doff and I purchased 25 years ago when we first started racing and which bears a dash plaque from stricter days: Certified Historic Race Car.

Over the years too, the numbers of participants have grown and shrunk as dictated by factors like the economy, although this event has always been one of the largest vintage racing events on the continent–from approximately 450 racecars last year to as many as 650 in the heydays. And the quality of the participating vehicles has generally always been very good here, although again, with the rising prices of exotic factory racecars, their numbers are diminishing. I remember seeing several “Plastic Porsches”, such as 904s, 906s, 910s and all the way to several 917s taking to the track here in the past and being raced hard; last year I only counted one of them, a Martini liveried silver 917.

The event is also one of the very favourites for many spectators and, typical of vintage racing, one where we can get close up to the vehicles and rub shoulders with the drivers—some of them quite well-known, such as Brian Redman, Vic Elford, and one of my former professional co-drivers, Doc Bundy. That aside, there are a great number of supplementing activities, from the show and shine car shows and marque reunions (you’ve never seen so many Datsun 2000s in one place), the great variety of vendors, the re-enactment of days of old when the racing actually went through the town of Watkins Glen—now paid tribute to by a three-lap parade of many of the race cars on the old track, to the street party and festival on Watkins Glen’s main street that night. The entire town of Watkins Glen gets in on this festive happening. It truly is a fun event for the car enthusiast and the entire family. While there may not be much in the way of shopping, there are beautiful restaurants and wineries aplenty in the surrounding hills, plus opportunities for other outdoor activities in Watkins Glen State Park and the Watkins Glen Gorge Trail. And it’s all just four and a half hours drive away from central Toronto. 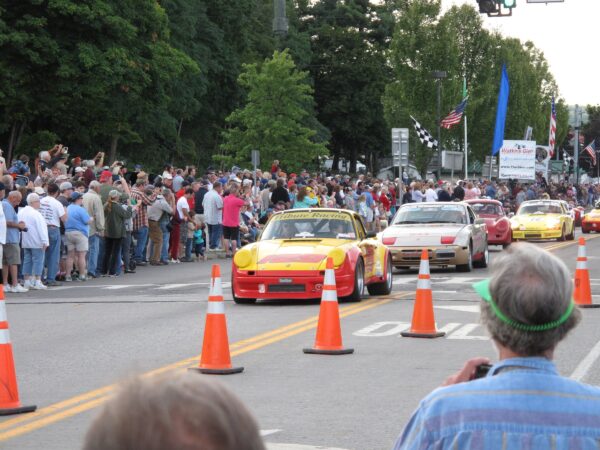 As far as the weekend’s racing went for me, I certainly faced some challenges. First, there were my own, as I had not been at this track in a vintage car since winning the SVRA Endurance Championship in 1999, plus I appeared to be decidedly underpowered when compared to my colleagues in similar cars from the US. Then there was the on-again, off-again fuel pump causing the engine to quit at some critical moments, causing me to forfeit the Saturday Endurance race when the car wouldn’t re-fire after the mandatory pit stop.

And, as I have mentioned in previous articles, the Toyo R888 tire really is quite sensitive to temperature changes, resulting in so much more performance to be had from this outstanding motor sport tire if one is willing to keep playing with the minute details, such as the pressures from front to back and side to side. The weather that weekend was all over the map, as we had track temperatures of 65°F on Friday morning, rising to 90° in the afternoon, only 68° on Saturday and 55° track temperature on Sunday for my feature race. In order to achieve even growth in tire pressure at all four corners, we actually used staggered cold pressures to get there.

On a race weekend, there really isn’t enough time to play around, as on-track sessions are numbered and on-track time at busy events such as this very limited. Plus, the weather was very inconsistent. One move in the wrong direction with tire set-up would result in a wasted session. As before, we started with the cold pressures recommended by Toyo’s technical staff and ended up with good and even growth all around. The temperatures across the tires also were very even, while we never did achieve the desired operating temperature of 160 to 180°F. We ended up in the low 120s range. More work to be done this year!

One aspect of the Toyo R888 that deserves special mention here is its wet-weather capability—I am talking about the unshaven tire, off the shelf. My feature race on Sunday was delayed by almost an hour while we waited for the heavy downpours to subside. Not everyone has the nerve to test their mettle in the wet, but for me it’s always been special and in this case once again the great 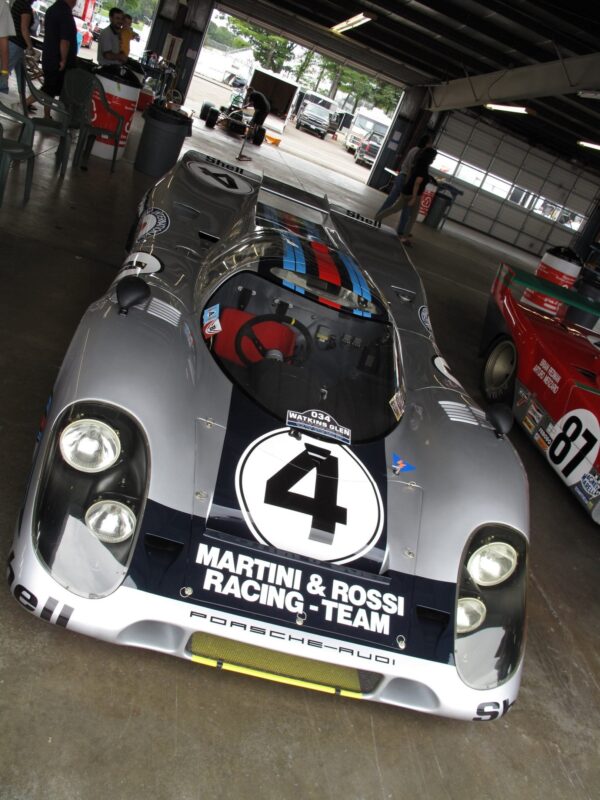 equalizer against my more powerful opponents. When race time finally arrived, I tried out different areas of the race track, moving around quite a bit during the warm-up lap and, by the time the green flag dropped, I had so much confidence in the tire that I just went for it, into the cloud of spray and barely visible rain lights of the cars ahead of me, passing several right on the start. When it was all over, I had eked out a third in class, which surely made up for my somewhat dismal performance all weekend, while many of the original 55 of the group did not take to the track at all.

See you at Watkins Glen in September—

come check it out!

Previous articleApril Social – Cervelo: A great success story
Next articleVintage Racing with the Toyo r888 – Part 3 US Vintage Grand Prix at the Glen