The annual Canadian Historic Grand Prix organized by VARAC (Vintage Racing Association of Canada) and held at Mosport on the weekend of June 16, was again a fabulous event—perhaps the best I can remember in the 20-plus years of my participation as a racer there. The organizers, ably led by VARAC’s Bob DeShane, are to be congratulated on a tremendous job.

There was a plethora of racing cars on hand, making several great race groups with good-sized fields for the spectators to enjoy. My own was the so-called Vintage/Historic Big Bore group, starting at 1,600cc’s with Alfas, Fiats, Triumphs, and MGs, to two litres, such as my own ’68 911-L, and all the way to truly big-bore machines, such as the 1960’s Corvettes, Mustangs and Cobras—thunderous machines! The speed differential of the 40-car field was huge, from 1.5-minute to two-minute lap times, and although I didn’t really have much of a chance to look around the entire paddock to see all the other cars, I truly enjoyed my own race group. There certainly were some great cars in it, representing some of the great racing marques of yesteryear.

Leading up to the event, I ran out of time to get all I needed done. I had been busy organizing the Legends of the Autobahn show held there that same weekend right up to the last minute and even into the weekend. I never managed to get my brand-new Toyo R888 tires shaved, and used them with full tread—and with mixed results—instead. Unfortunately, my attempt to have a direct comparison of these tires with when I had a lot of success with them at this event in 2011, was foiled by the fact that I had wrecked my ’69-911 at the end of that season and am now running a similar car, but with a smaller engine and decidedly less horsepower.

The only constant was the weather, a beautiful sunny 24C. Maybe my mind wasn’t quite as focused on this event either, as I was still worrying about the Legends event over yonder in the infield. Whatever the case, I did find my ego somewhat bruised when my lap times were really quite dismal compared to what I am used to, and I ended up doing no better than mid-field on the Friday and Saturday. 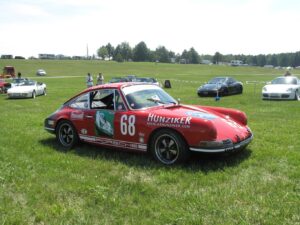 The big rumour around the paddock on Saturday evening was that of torrential downpours heading our way and, in fact, quite a few of the big-bore cars were packed up right then there and the transport trucks on their way out. Sunday indeed began with a huge deluge of rain and many of those still in attendance did not bother going out on track. That made it possible for me to move up from twenty-first to sixth before the race was stopped due to the poor visibility—caused by spray and increasing fog—and a couple of incidents. The unshaven Toyo R888s were fantastic in the rain, by the way!

Around lunch time the bad weather had moved on and my afternoon feature race was dry and sunny and not quite as warm. I managed to hold my position with the exception of one Mustang getting by me and came in seventh and only sixth in class. That certainly let the air out of this ego. 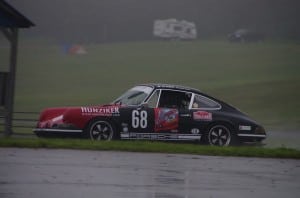 Shaved tires, you ask? Please see the side bar for more information on this common practice. UCR supporter Braidan Tire has purchased a tire shaver recently and will have this available for service at their Mosport location shortly, but it was not ready in time for my race weekend. In the meantime, I believe tire shaving is probably good for two seconds at Mosport. I also had a difficult time getting the tire pressures right to where the tire would roll over by the desired amount, the tire pressures would grow as they should over the course of a session on track (about five pounds), and the tire temperatures would get to the optimal operating range (160-200F). In the end, all of these factors seemed to be all over the map as I kept playing with things, something I would blame on the unshaven tires and the tires possibly being under-inflated as well. There is a lot to be had out of correct pressures with these tires and a lot to be learned, especially on an early 911 that provides very limited set-up change options. Meanwhile, I have an inquiry into Toyo Tires Canada and their technical staff will get back to me with input after analyzing the data I provided; I will share the results with you next month.

The merits of shaving 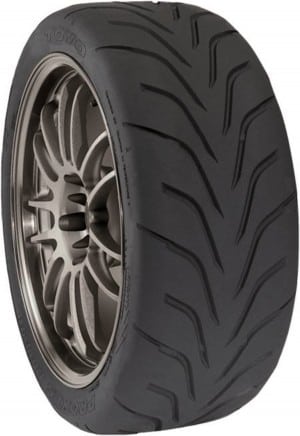 Radial racing slicks are effective because their contact patch acts as a single unit. Any tread design that breaks up the contact patch into smaller elements or adds additional tread depth (required to enhance wet traction and make them DOT approved) will increase tread block squirm and reduce dry performance. This means that tires typically provide their worst wet traction and their best dry performance just before they wear out. It’s also important to remember that the heat generated every time a tire is driven activates bonding agents in the rubber. As this process is repeated continually throughout the tire’s life, its rubber compounds gradually harden and lose flexibility reducing grip. Therefore, a shaved new tire will provide more traction than a tire worn to the exact same tread depth after being driven for thousands of miles on the road.

Tire shaving is an effective means of permitting more of a tire’s performance capability to be realized early in its life. In many cases, shaved tires used in competition actually have a longer useful life than tires that enter competition at full tread depth.

The process removes tread rubber and reduces tire weight by several pounds. A shaved tire’s tread profile will usually result in a slight increase in the width of the tire’s contact patch, putting a little more rubber on the road. The resulting shallower tread depths reduce the tire’s slip angle, increasing its responsiveness and cornering power by minimizing tread block squirm.

Minimizing tread block squirm also reduces heat build-up and the risk of making the tire “go off” by overheating its tread compound. Depending on the severity of overheating, the overworked areas of the tread compound may turn blue, tear, blister or chunk. 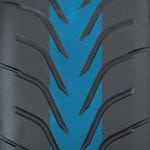 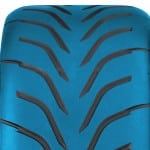 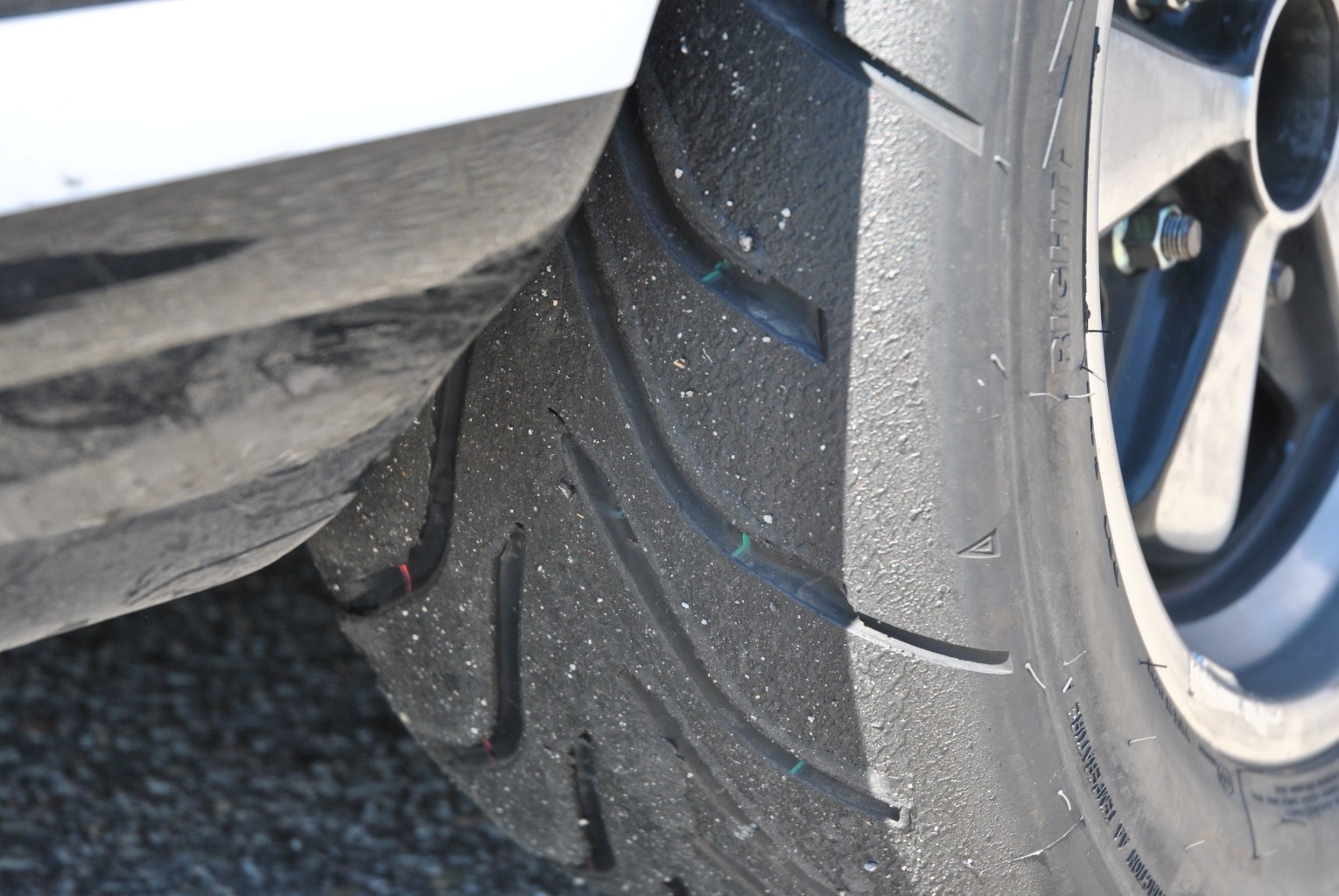 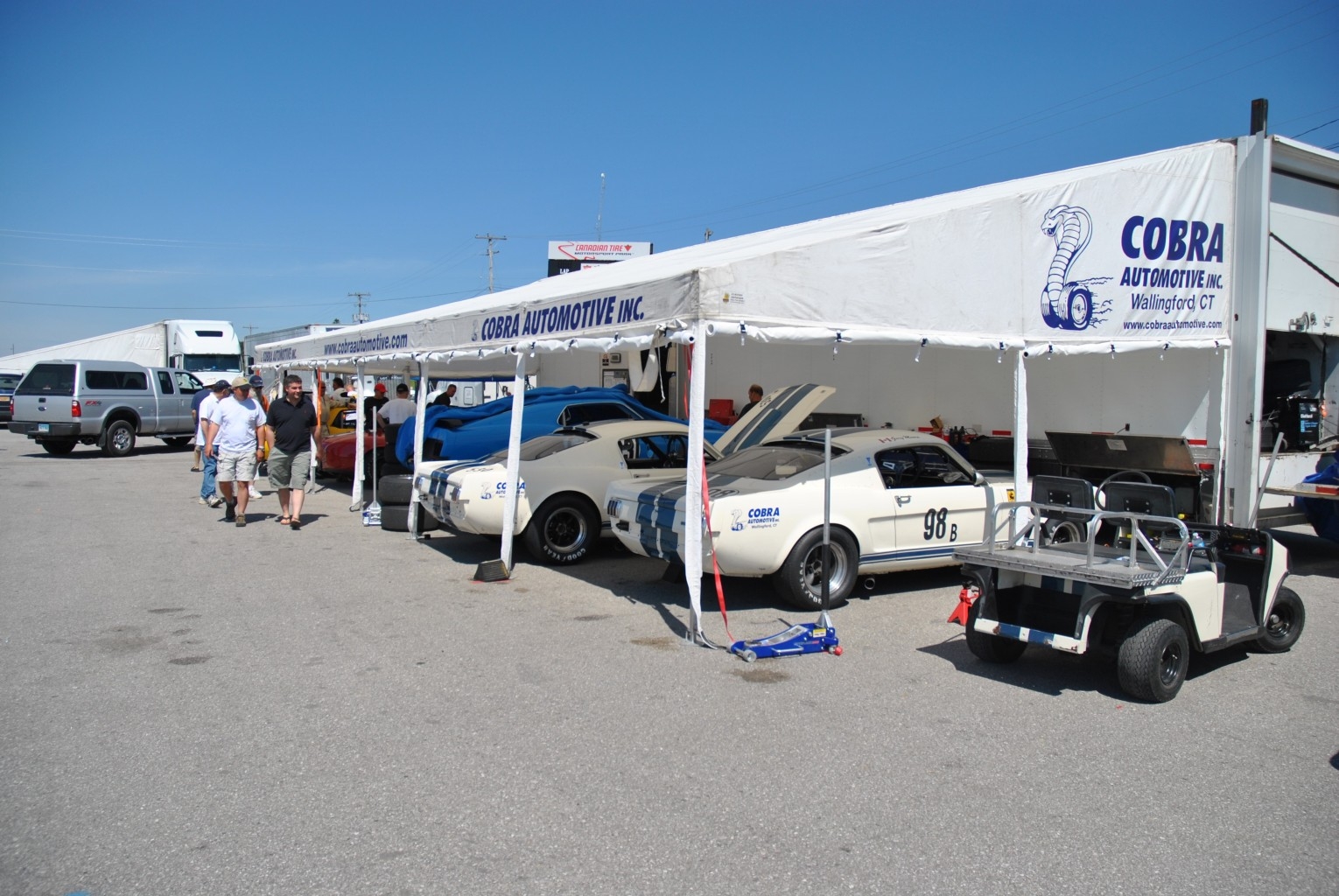 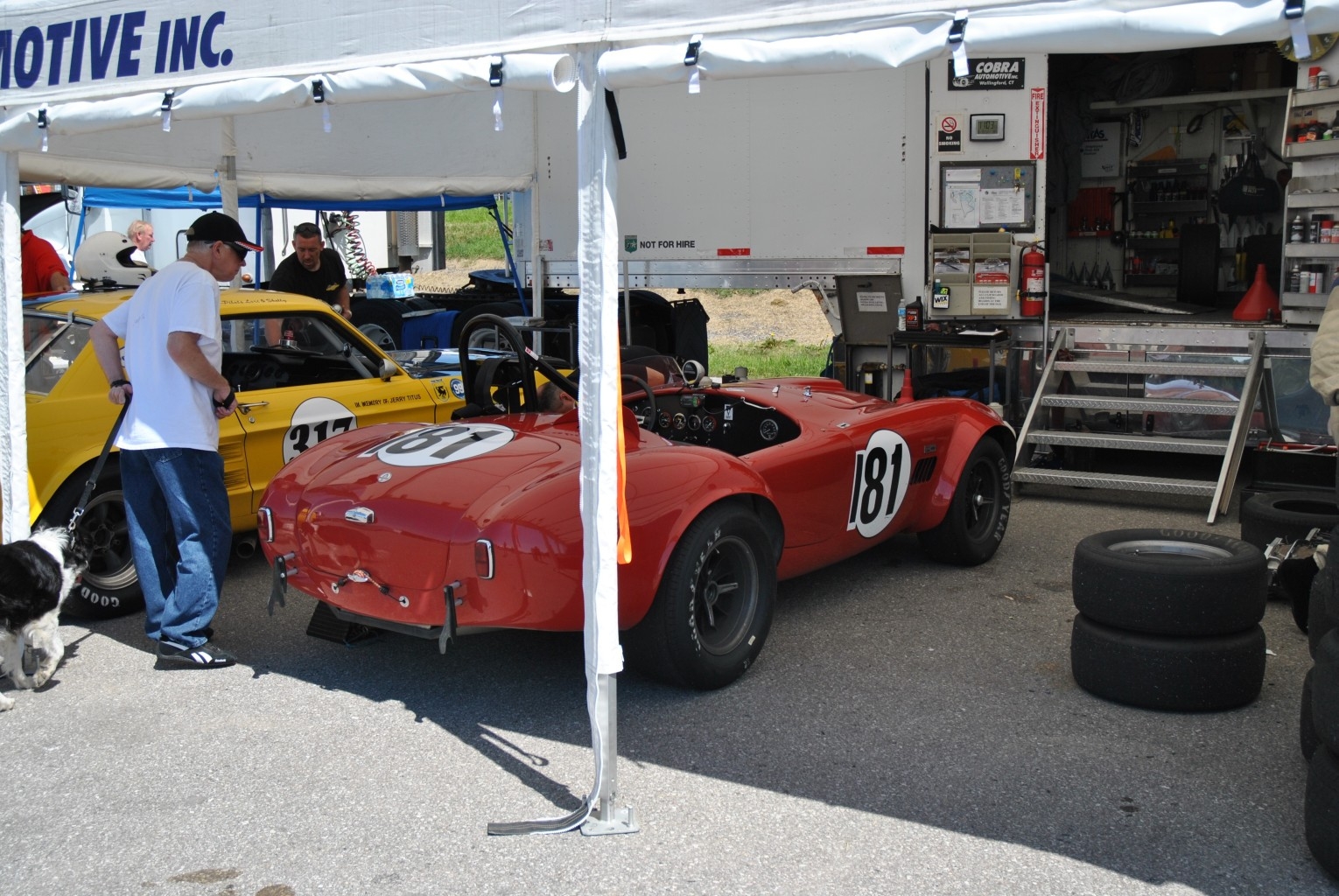 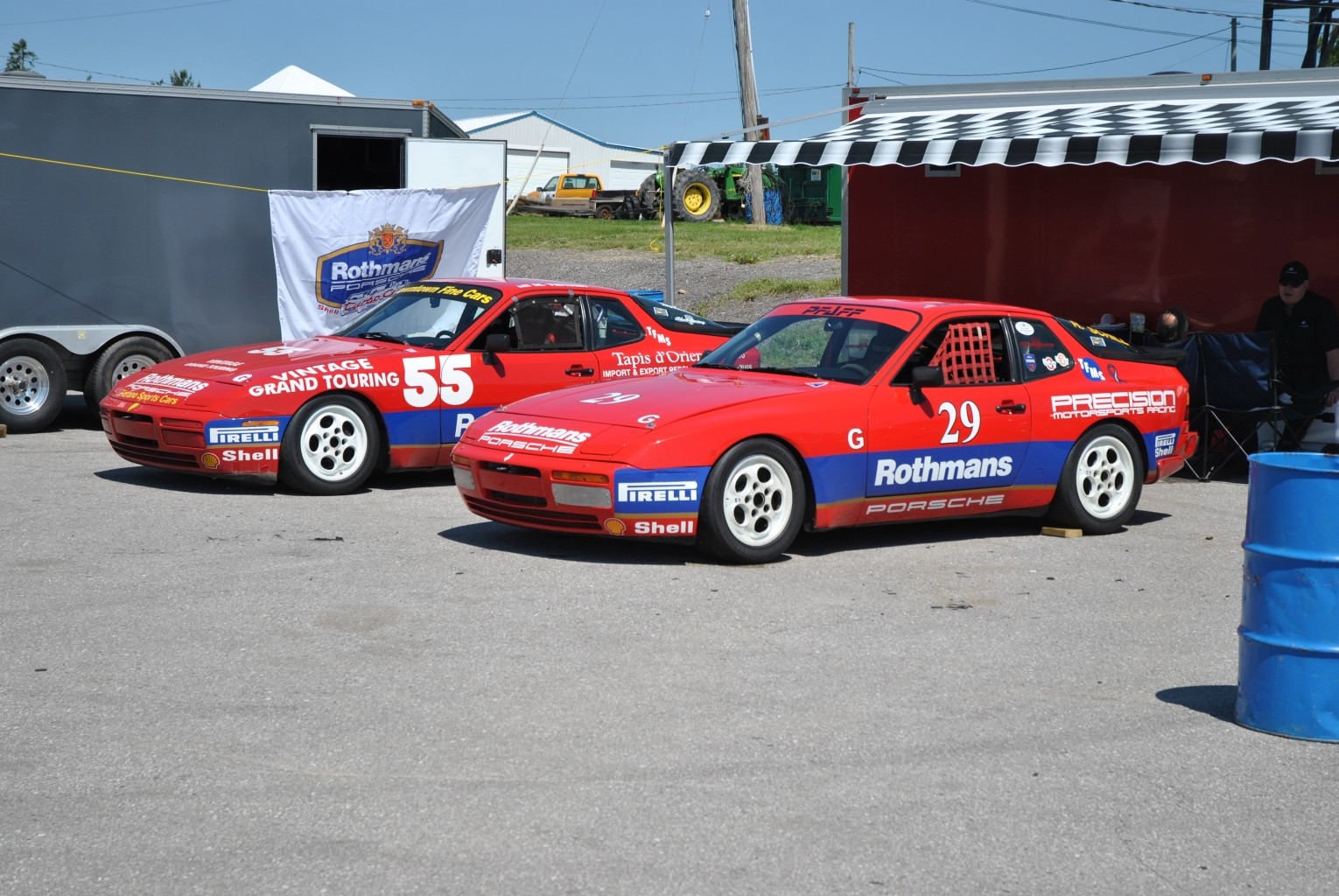 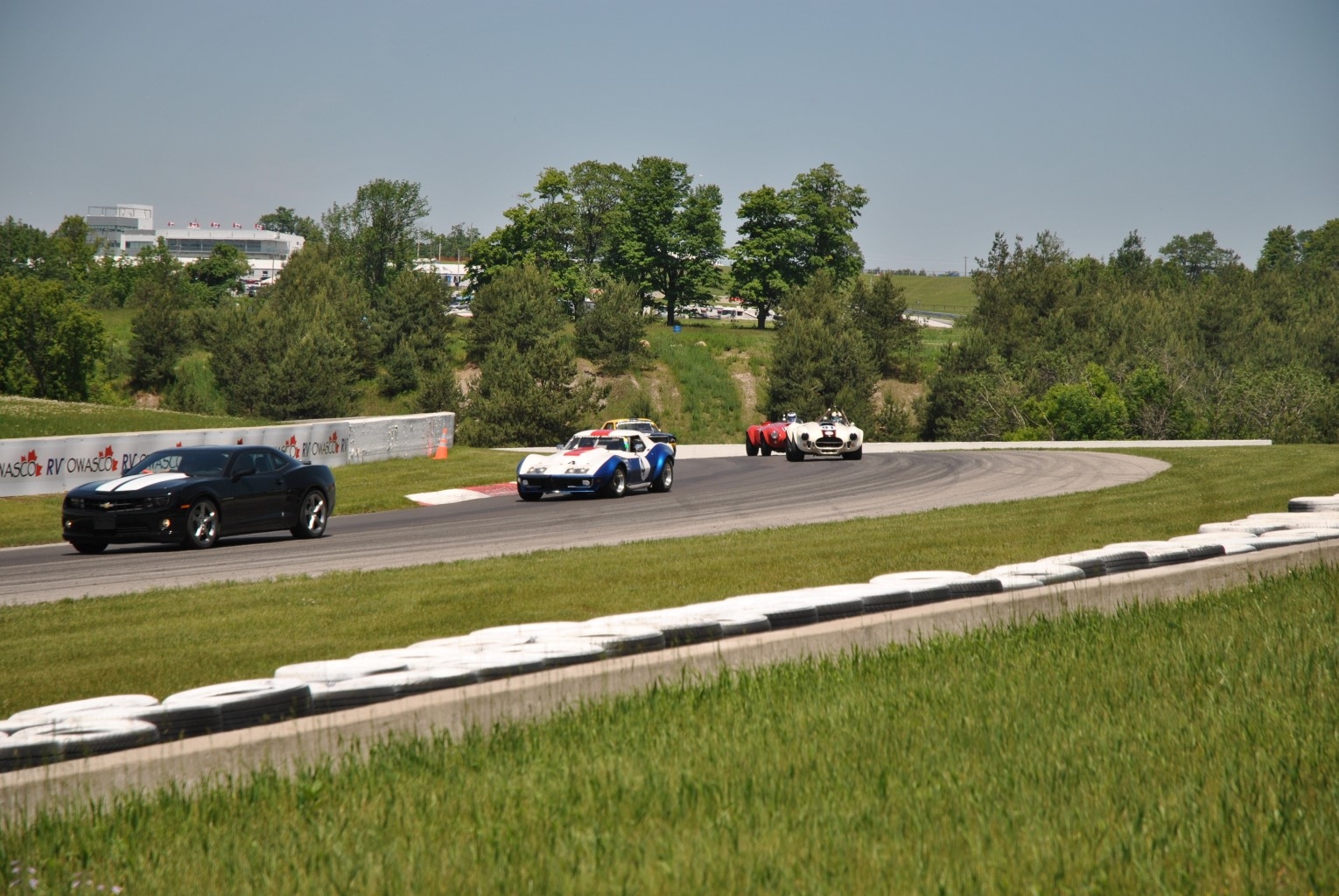 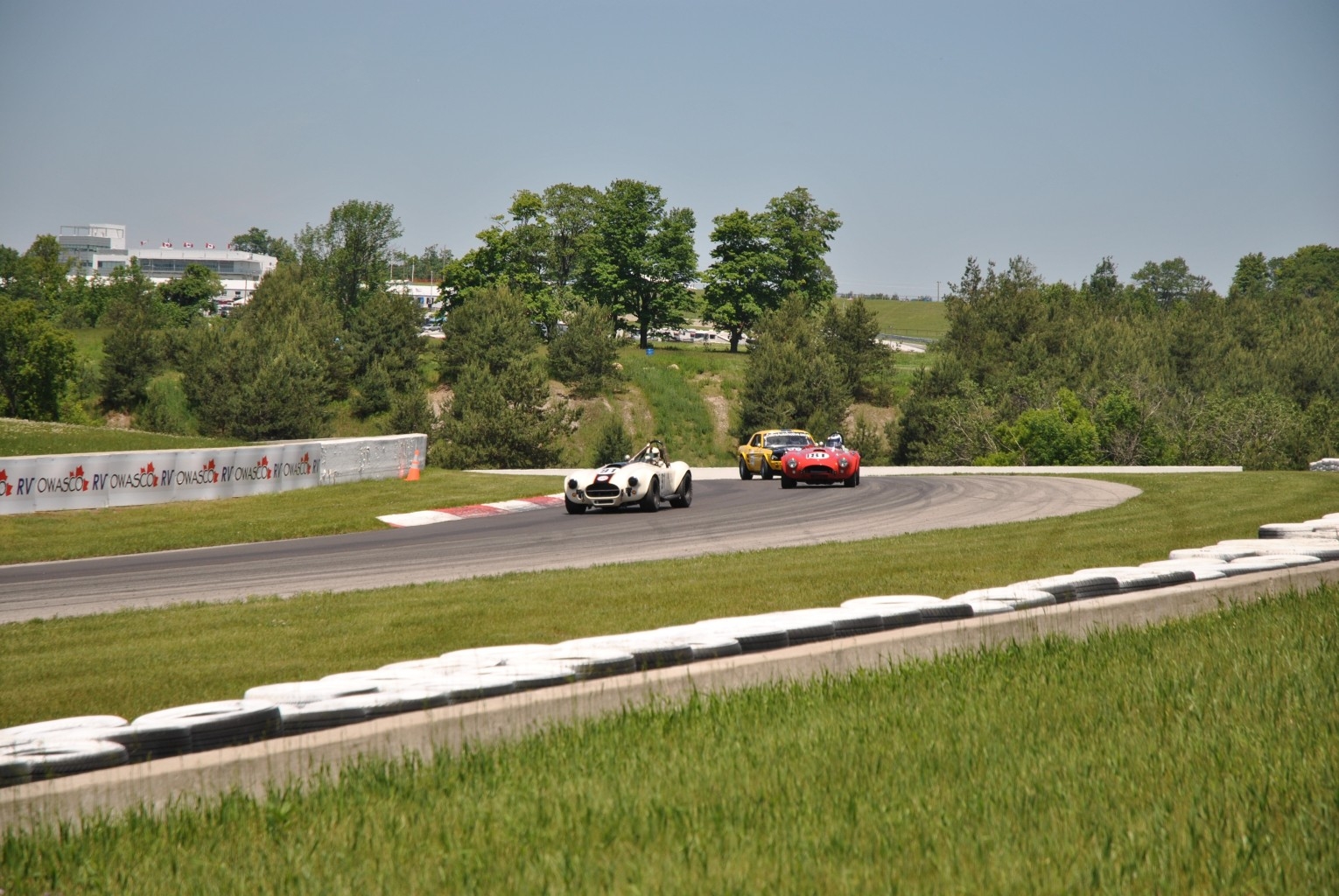 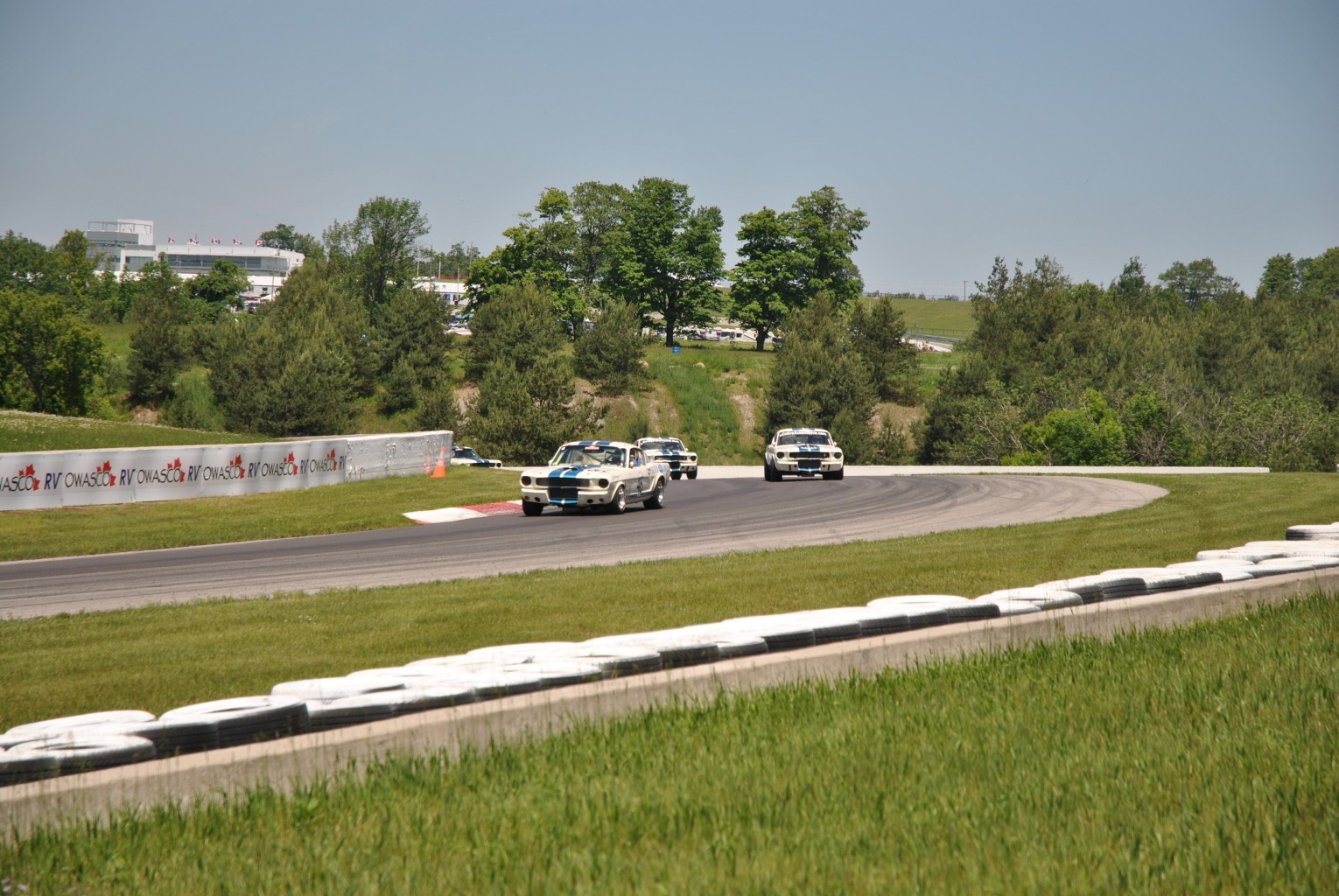 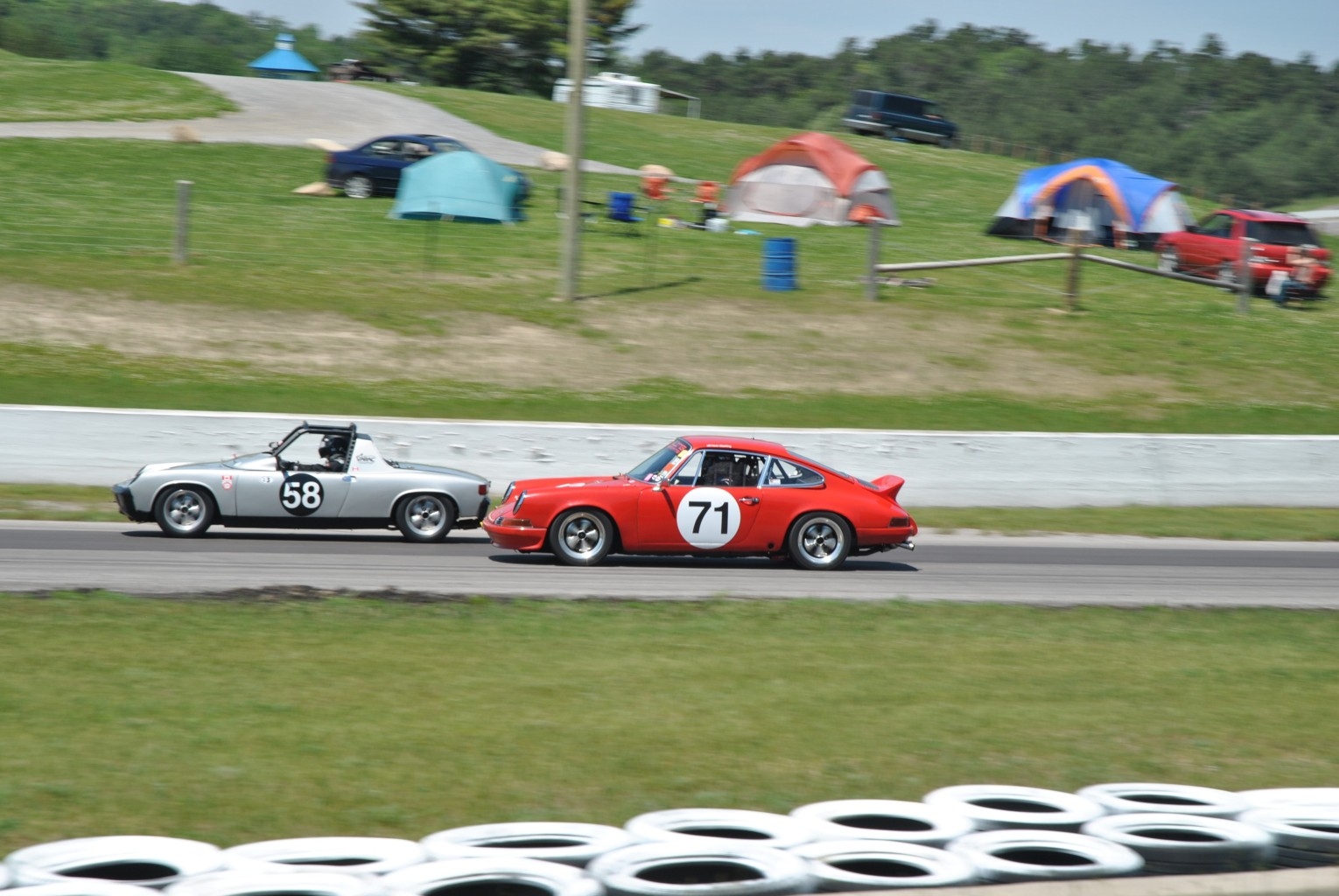 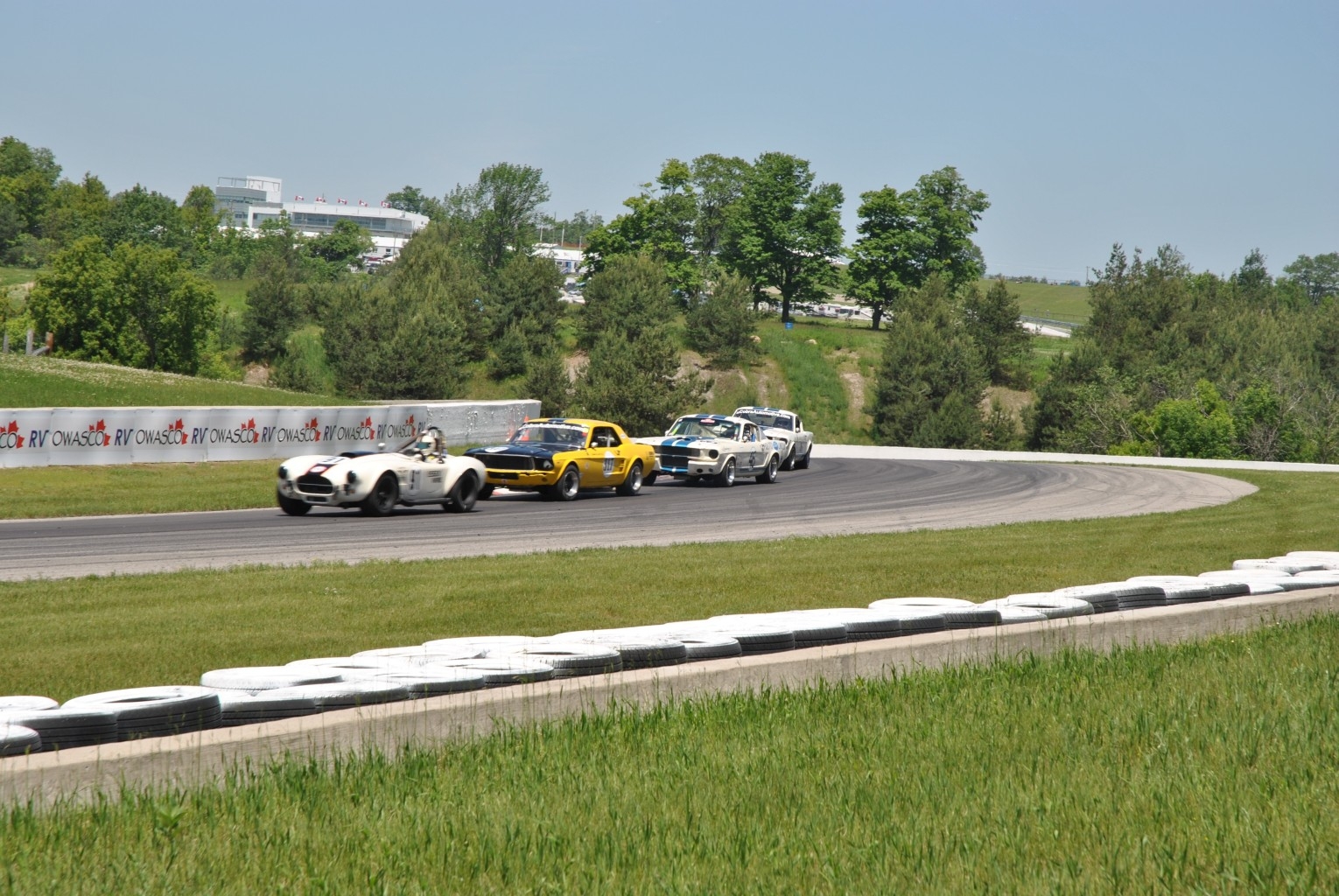 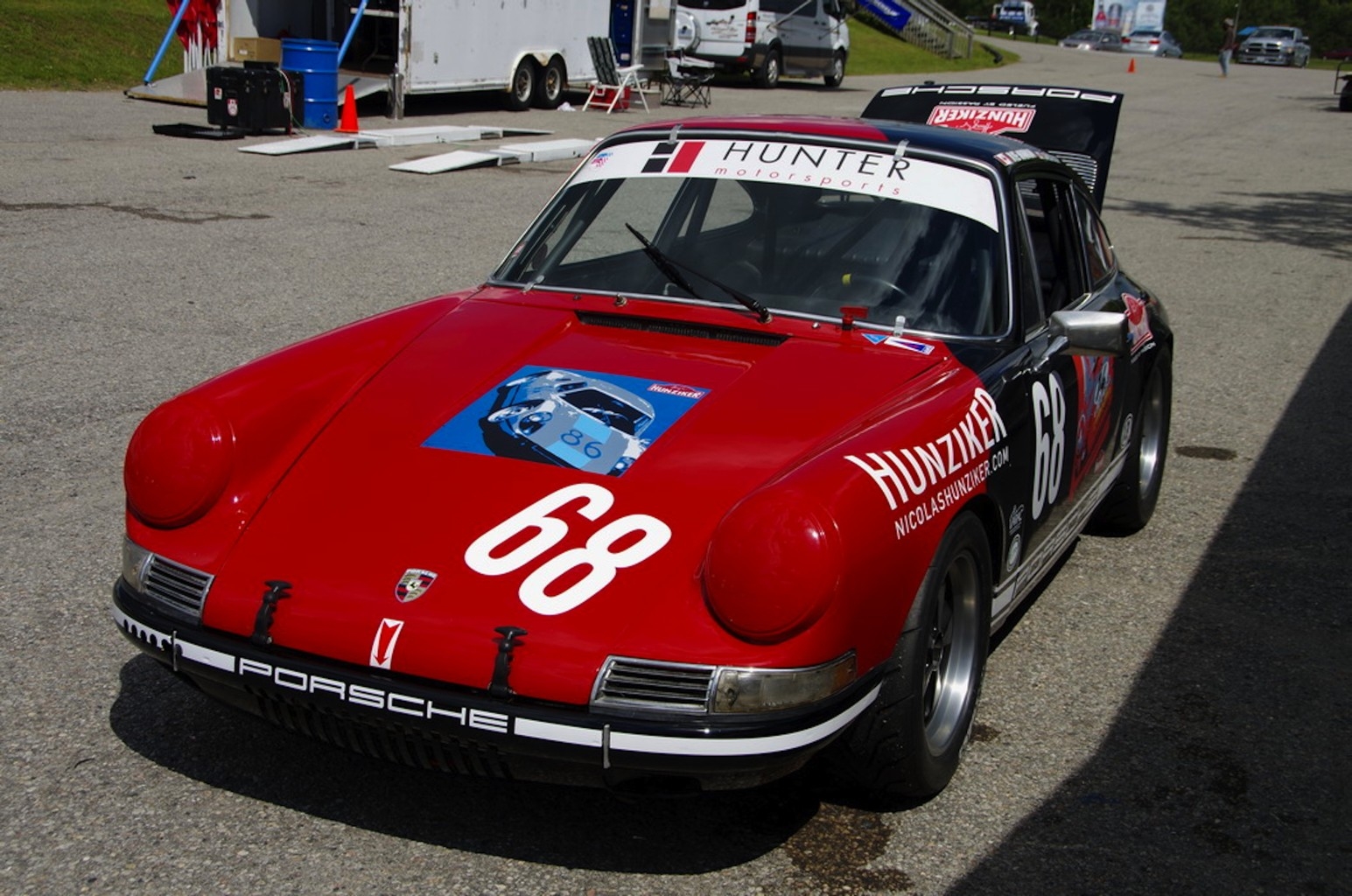 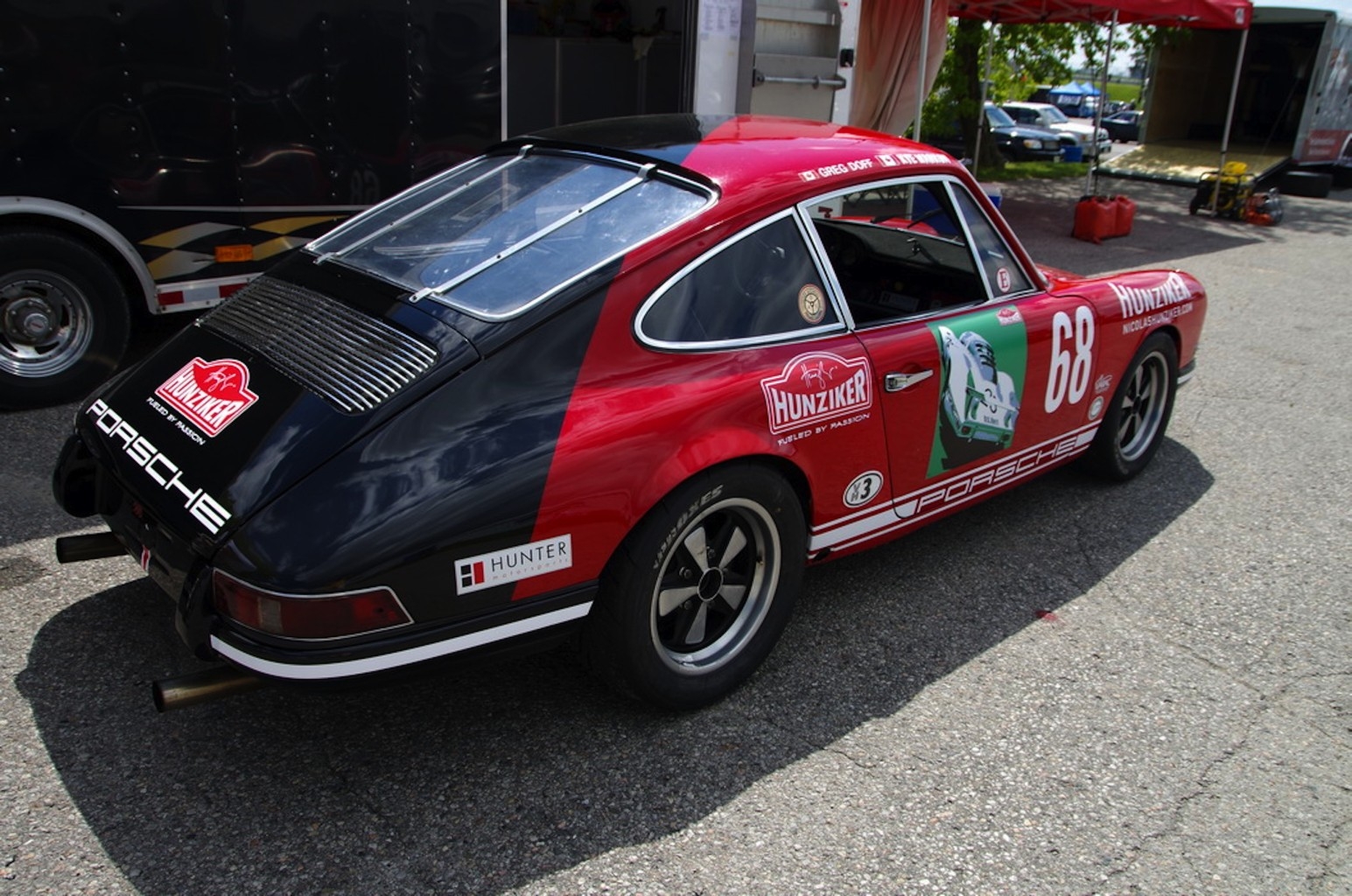 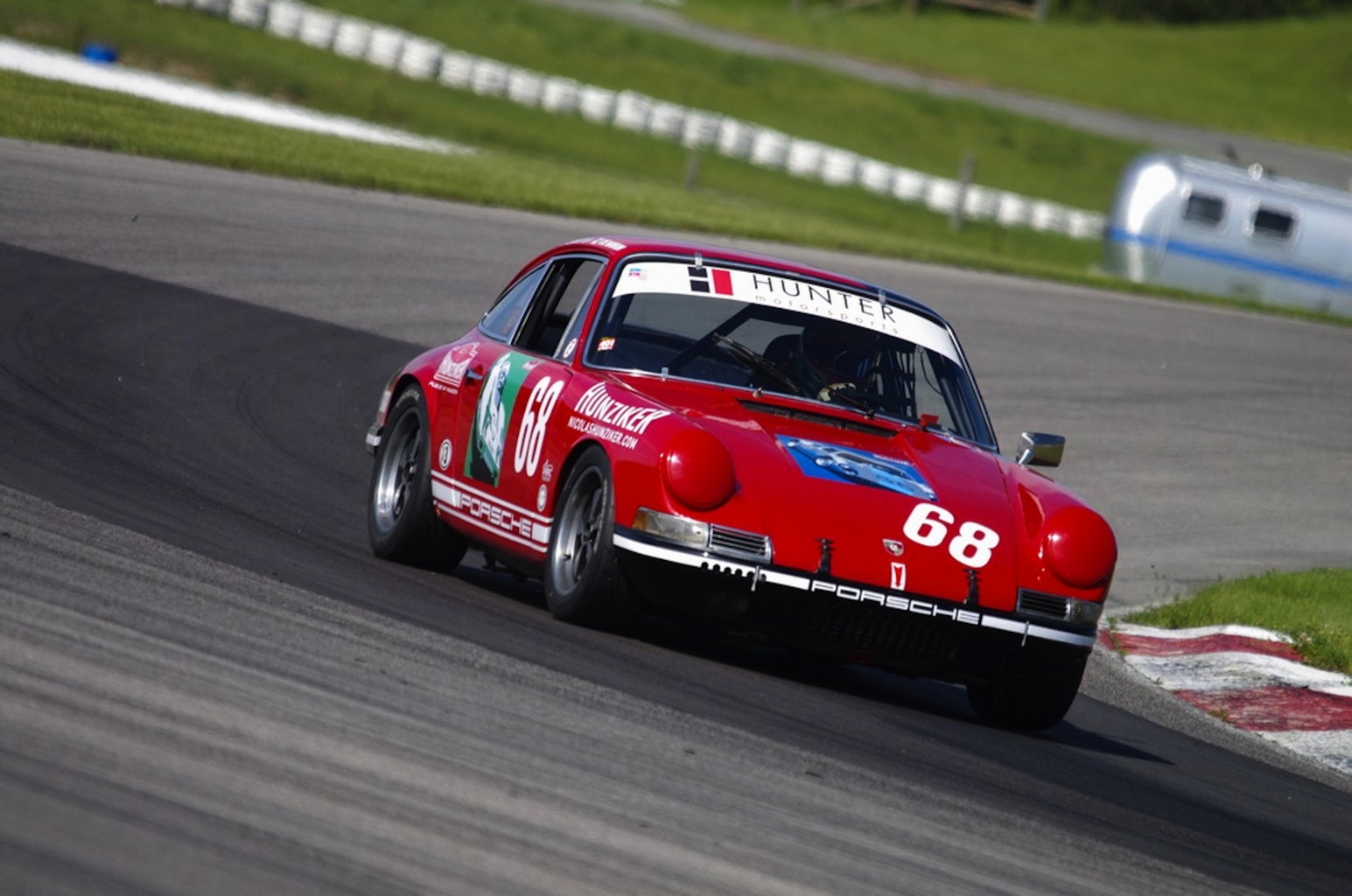 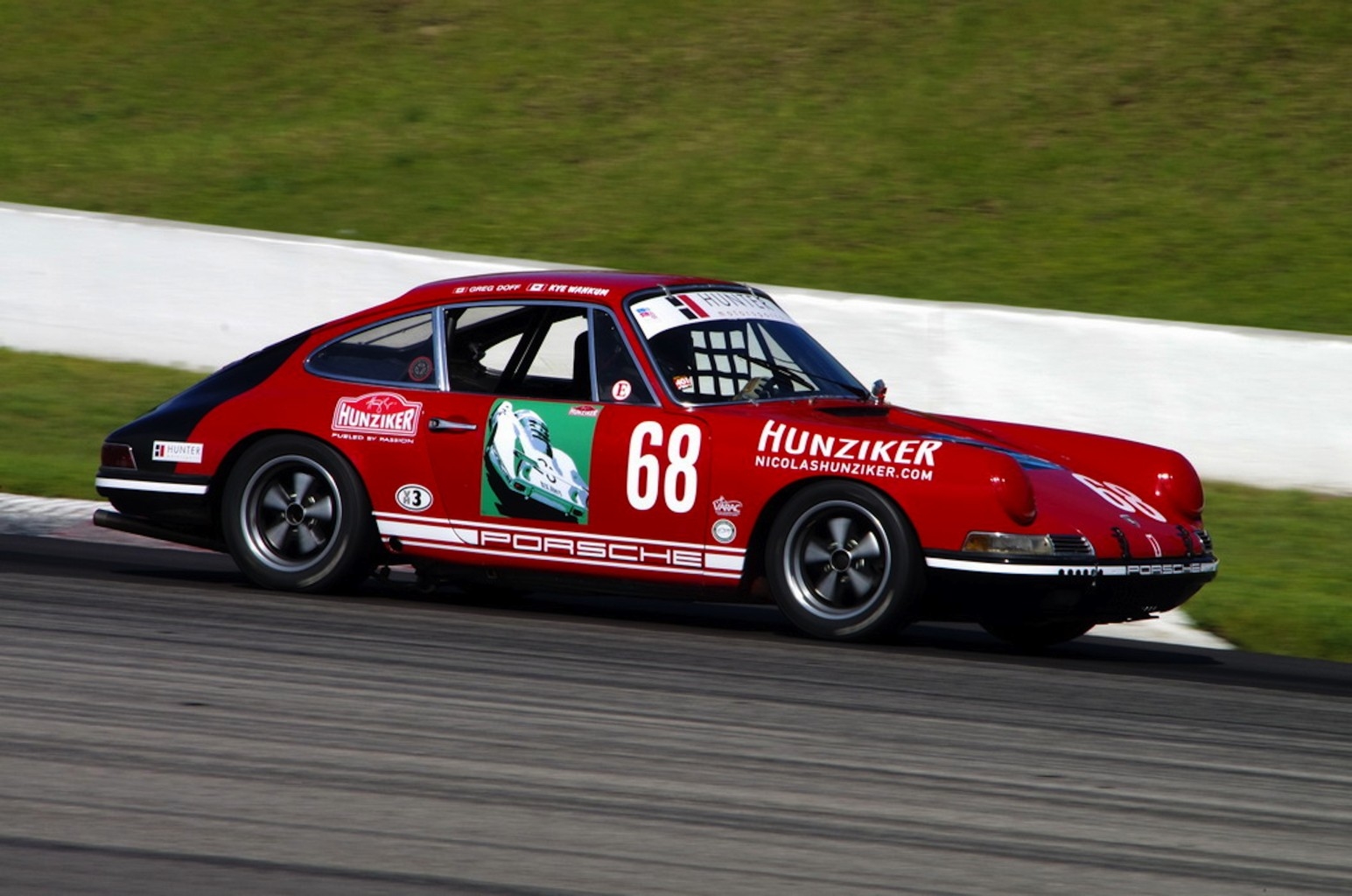 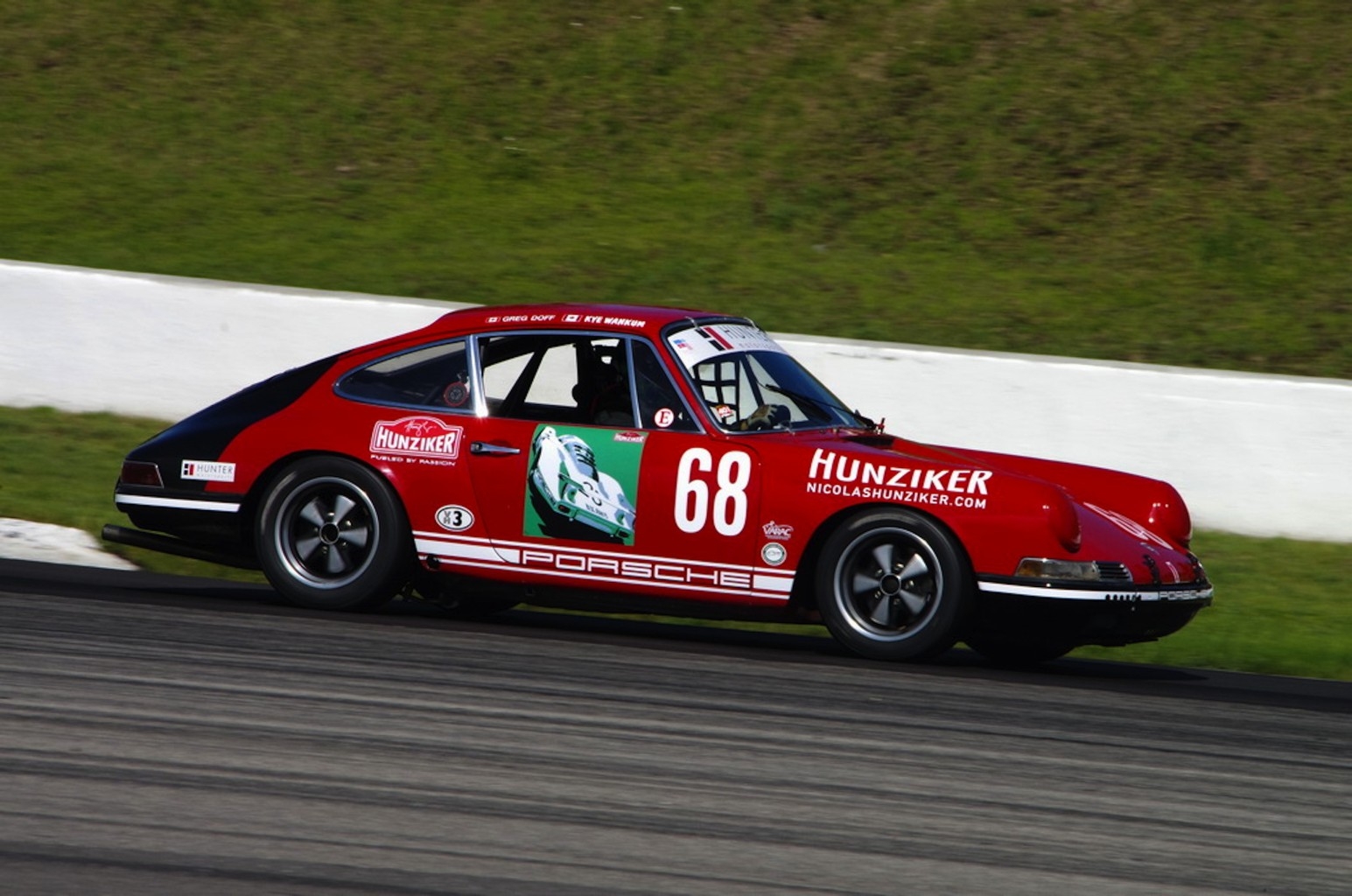 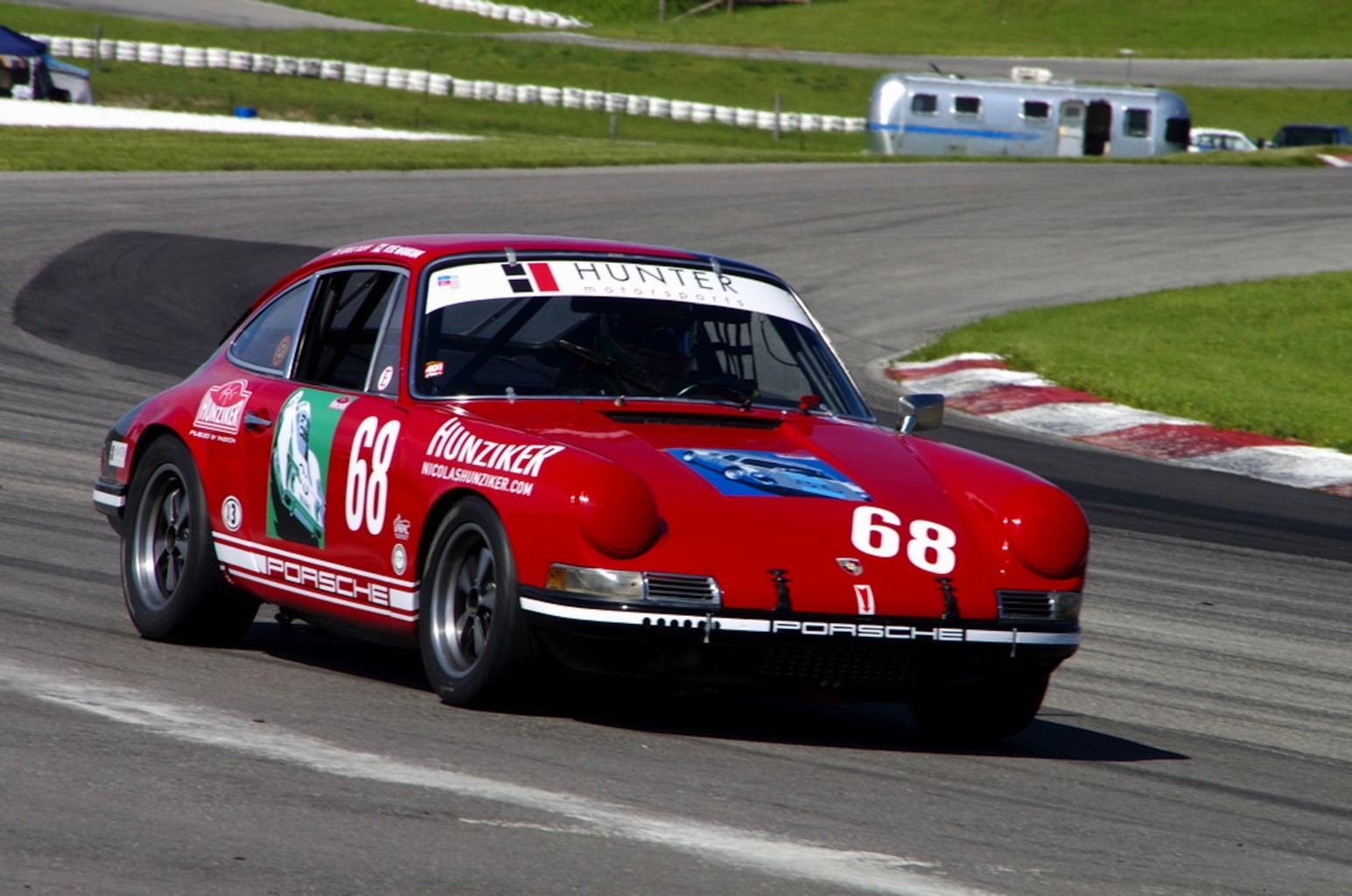 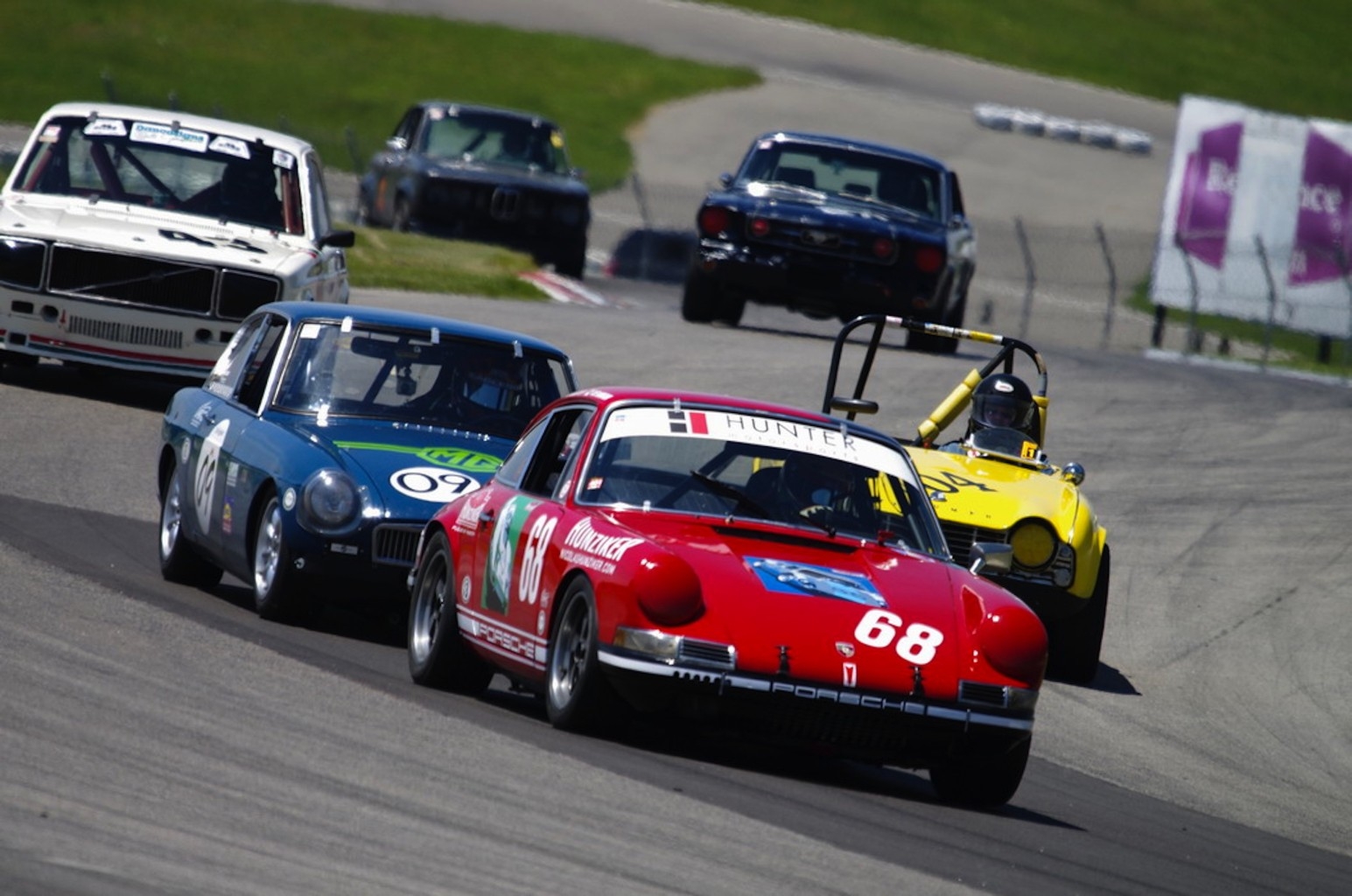 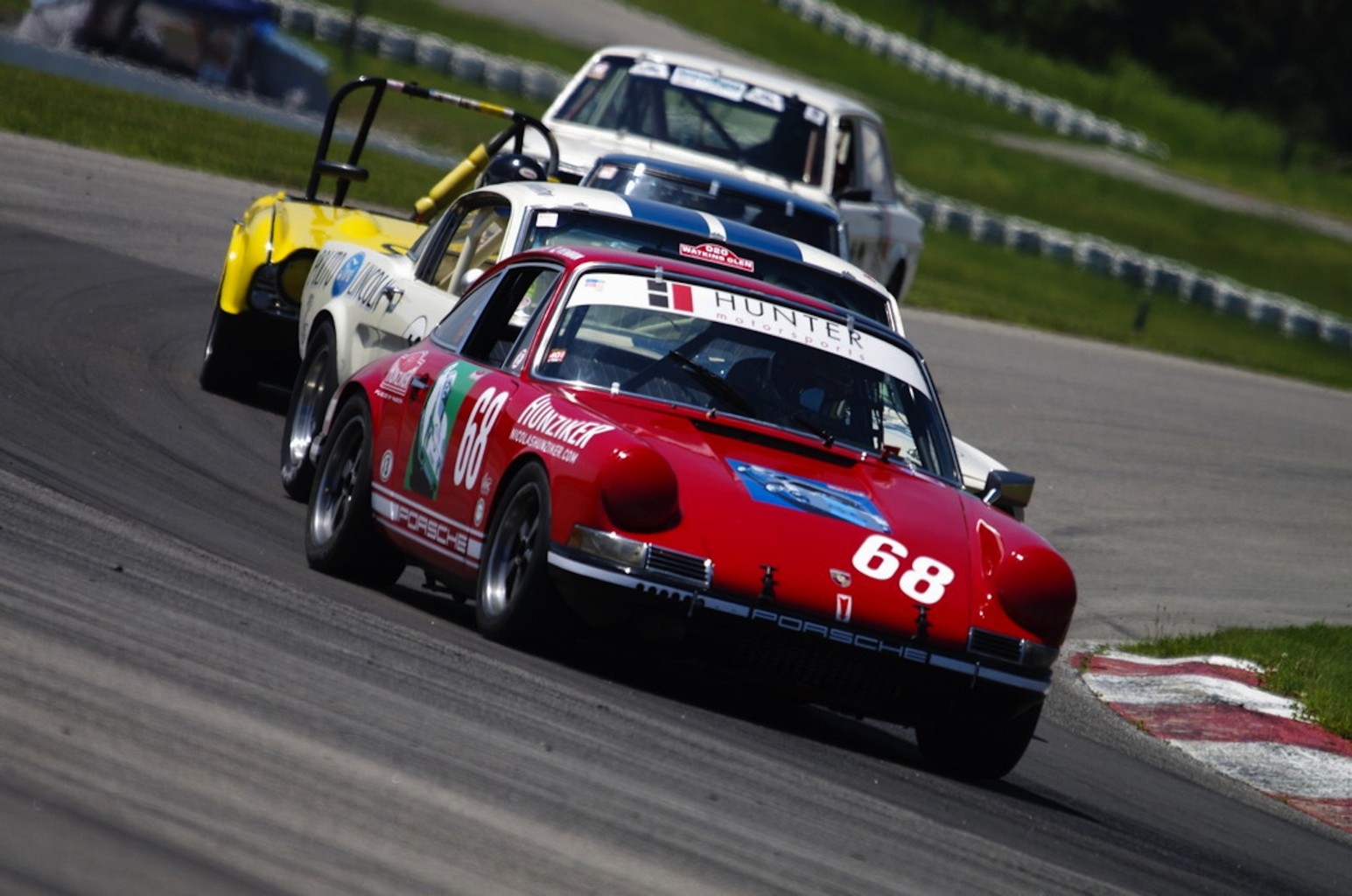 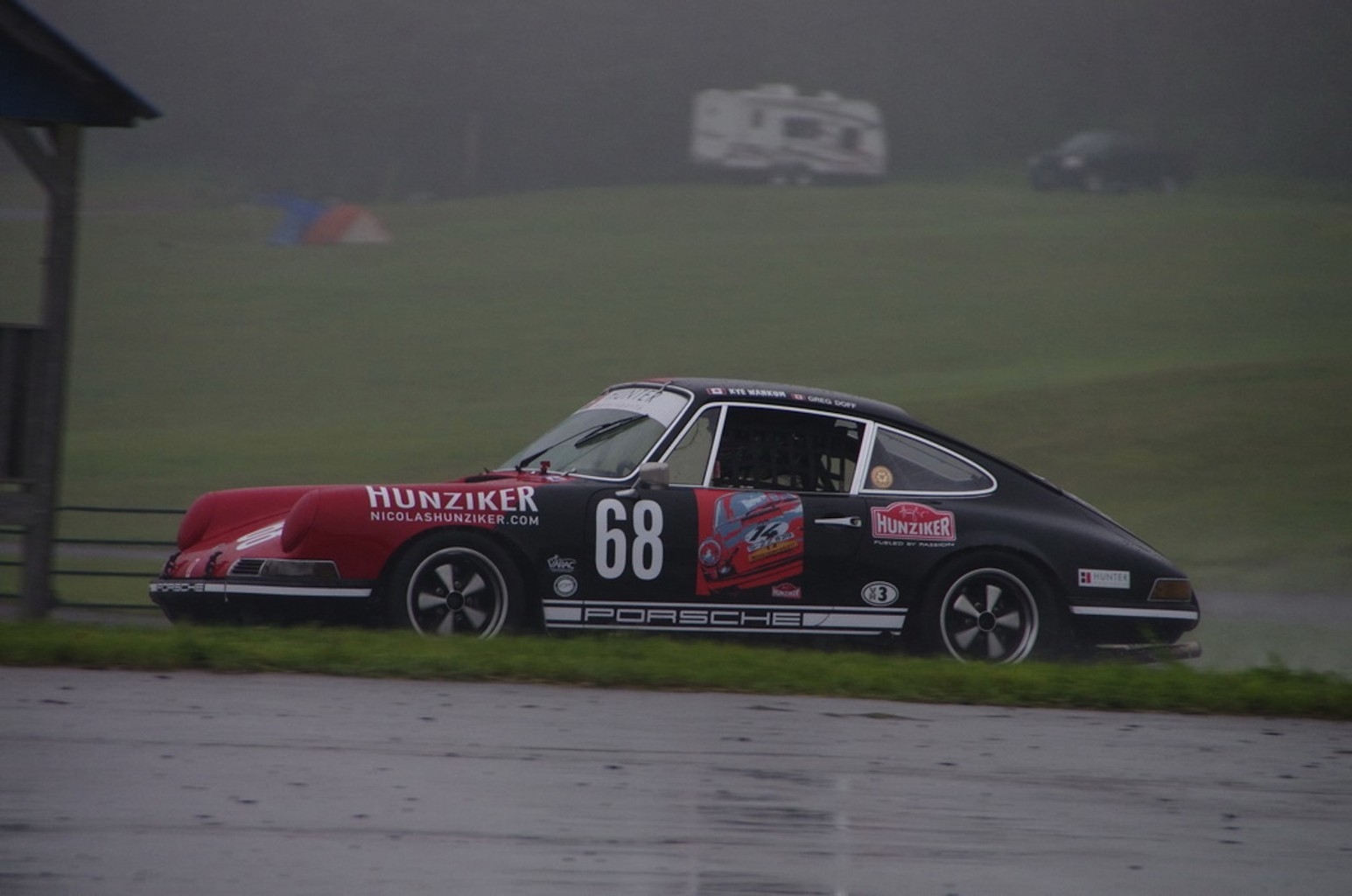 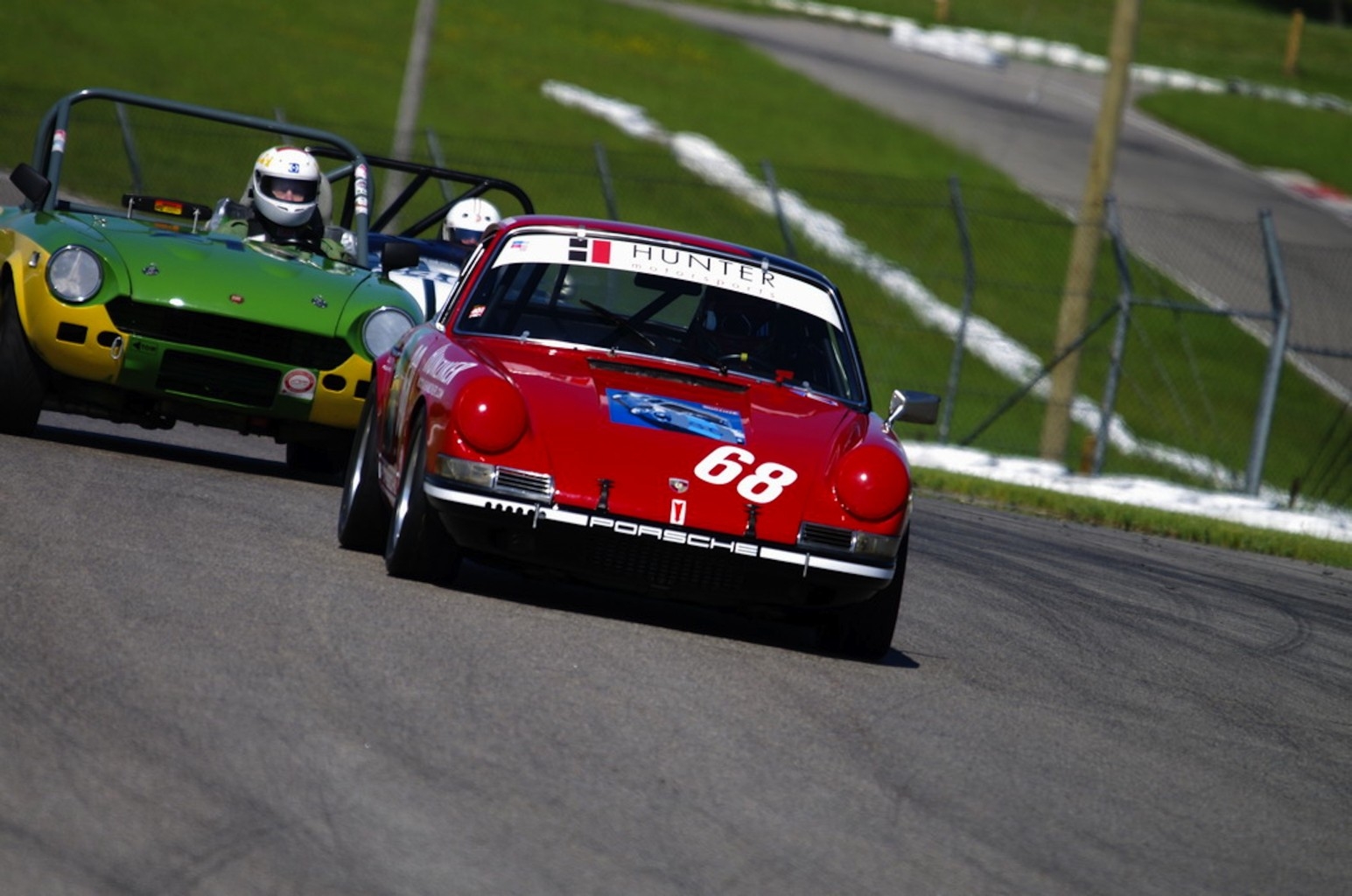 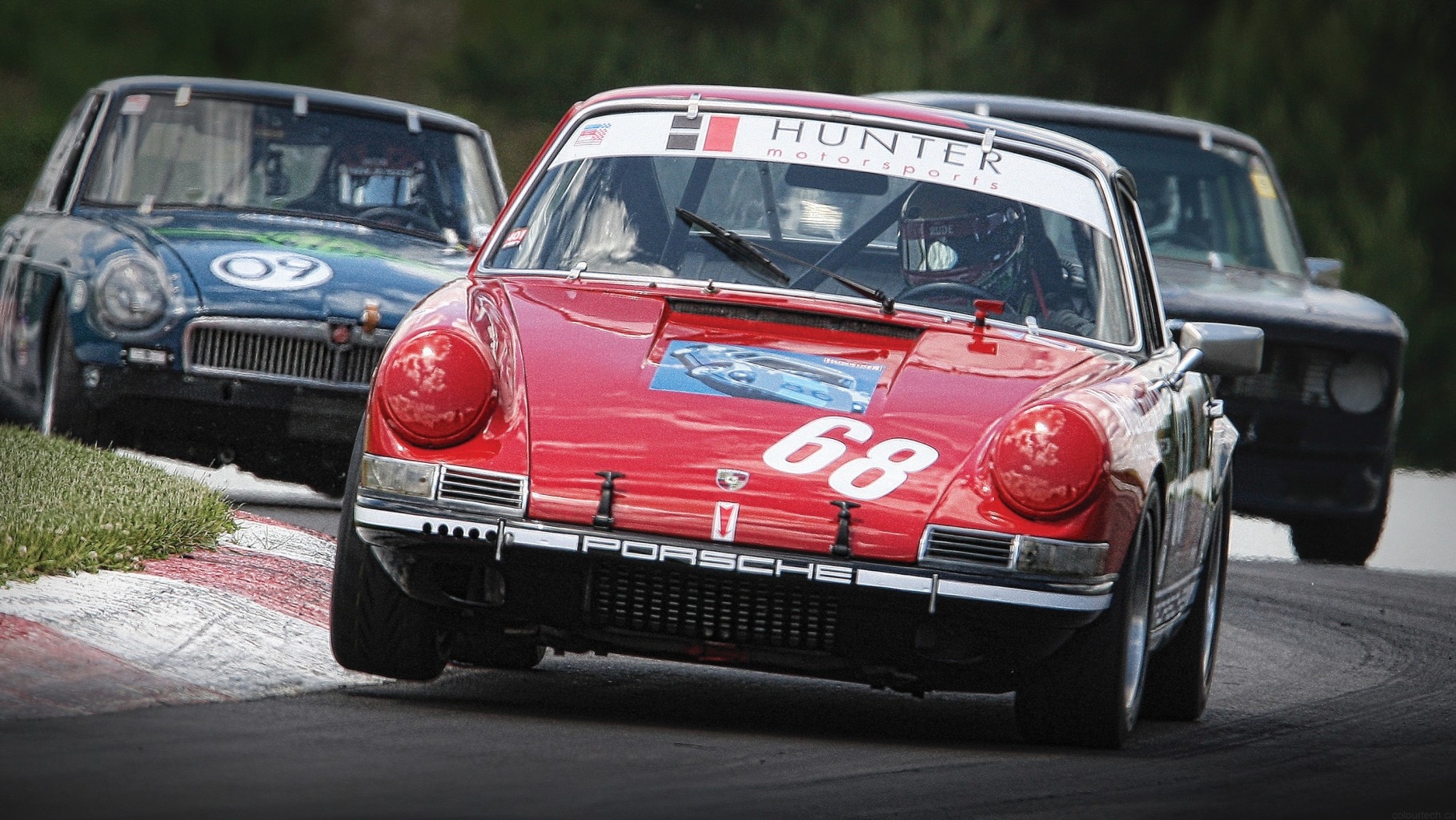 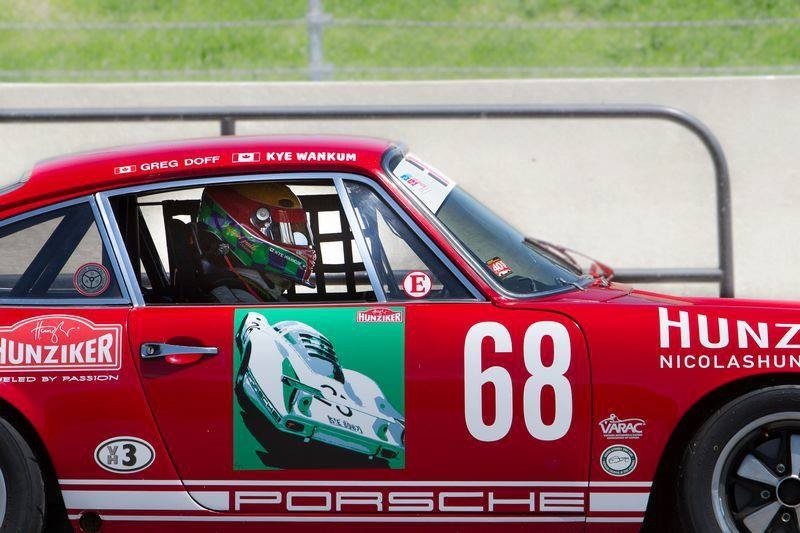