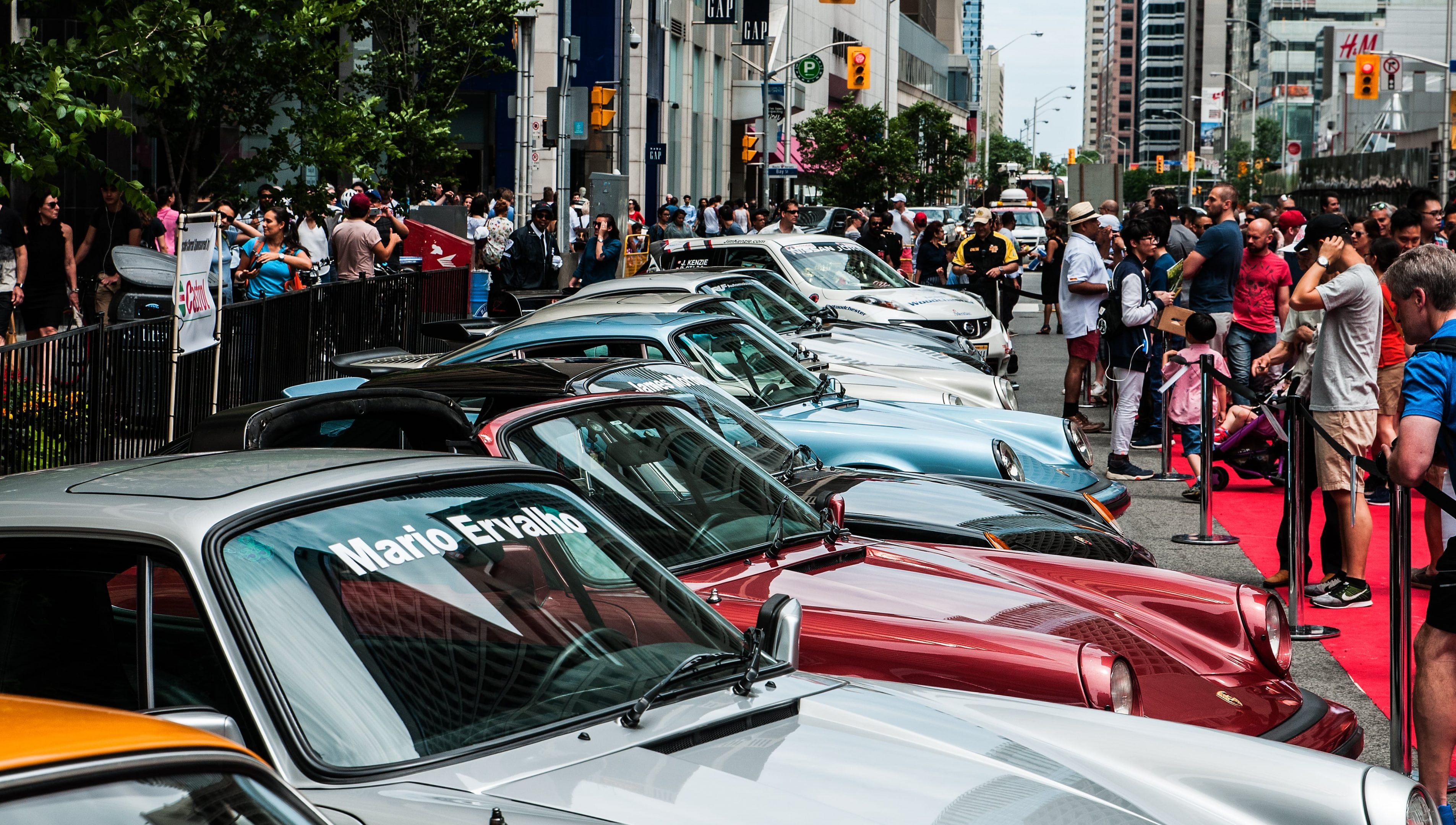 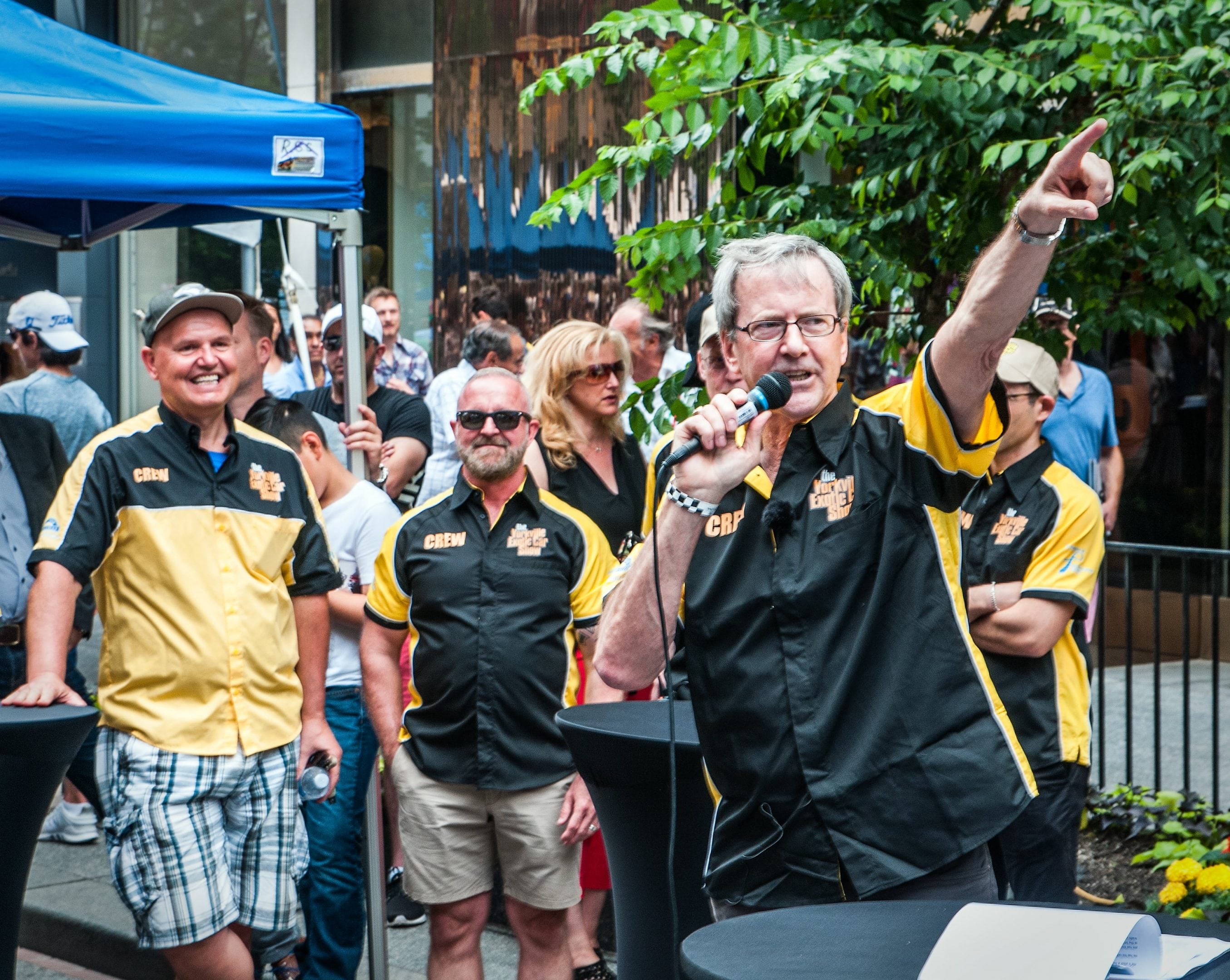 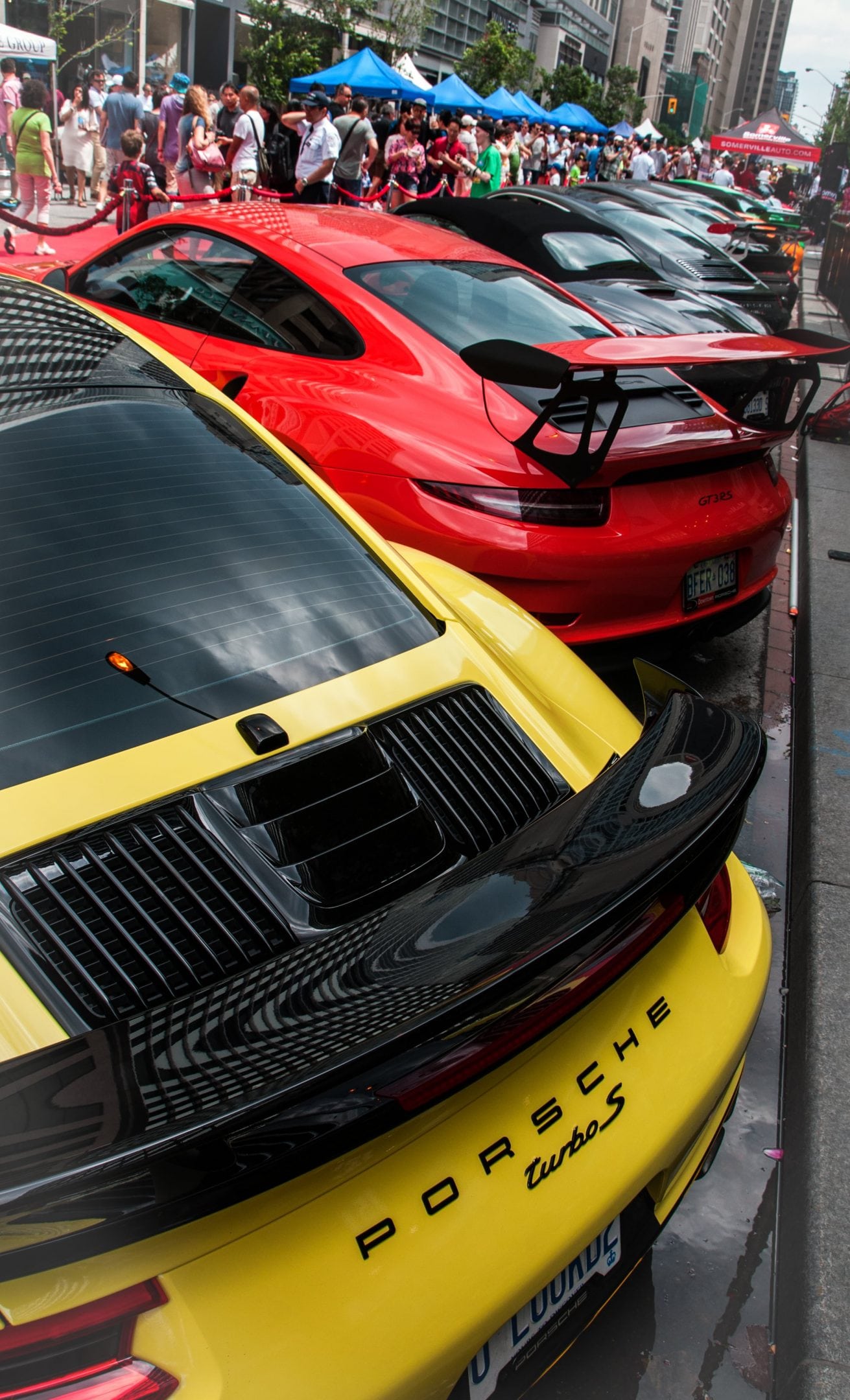 In journalism school, they teach you to lead with the most important point—and $60,000 is how much the Yorkville Exotic Car Show raised for Prostate Cancer Canada this past Father’s Day. It was their seventh annual Father’s Day event and the most they had ever collected.

And, I tell ya, somebody must know somebody to have the City of Toronto shut down what’s known as “the Mink Mile”—Bloor Street from Avenue Road to Bay Street—for an entire weekend day for this bunfight. I mean, this is surely one of THE most expensive stretches of commercial real estate in Canada.

This Show holds particular significance for me, for a number of reasons. First, yes, I am a father, to four lovely kids (mostly thanks to their mom). Second, as noted, it raises money to fight a disease that every male over the age of about 60 including me (yes, I know, hard to believe hahahahaha…) has to be concerned about. Personally, I am on what my doctor calls “active surveillance”—no symptoms or other issues to worry about so far, but it’s a way of circumventing the ridiculous situation of prostate cancer tests not otherwise being covered by OHIP. Why? You will have to ask your MPP. Better still, berate your MPP. Ontario and British California—er, Columbia—are the only provinzes (ho ho…) whose health care plans don’t cover this test. Third, Provinz editor Randy Gananathan, on behalf of the organizers asked me to bring my Targa Newfoundland car, the Nissan Juke NISMO Turbo RS.

I guess they had to do something to class up this crowd. I mean, you’ve seen one Lamborghini, one Ferrari, one McLaren, one Maserati, one Bentley (and there were several of every exotic that you can imagine) and you’ve seen ‘em all… but mine was the only Nissan Juke on hand. 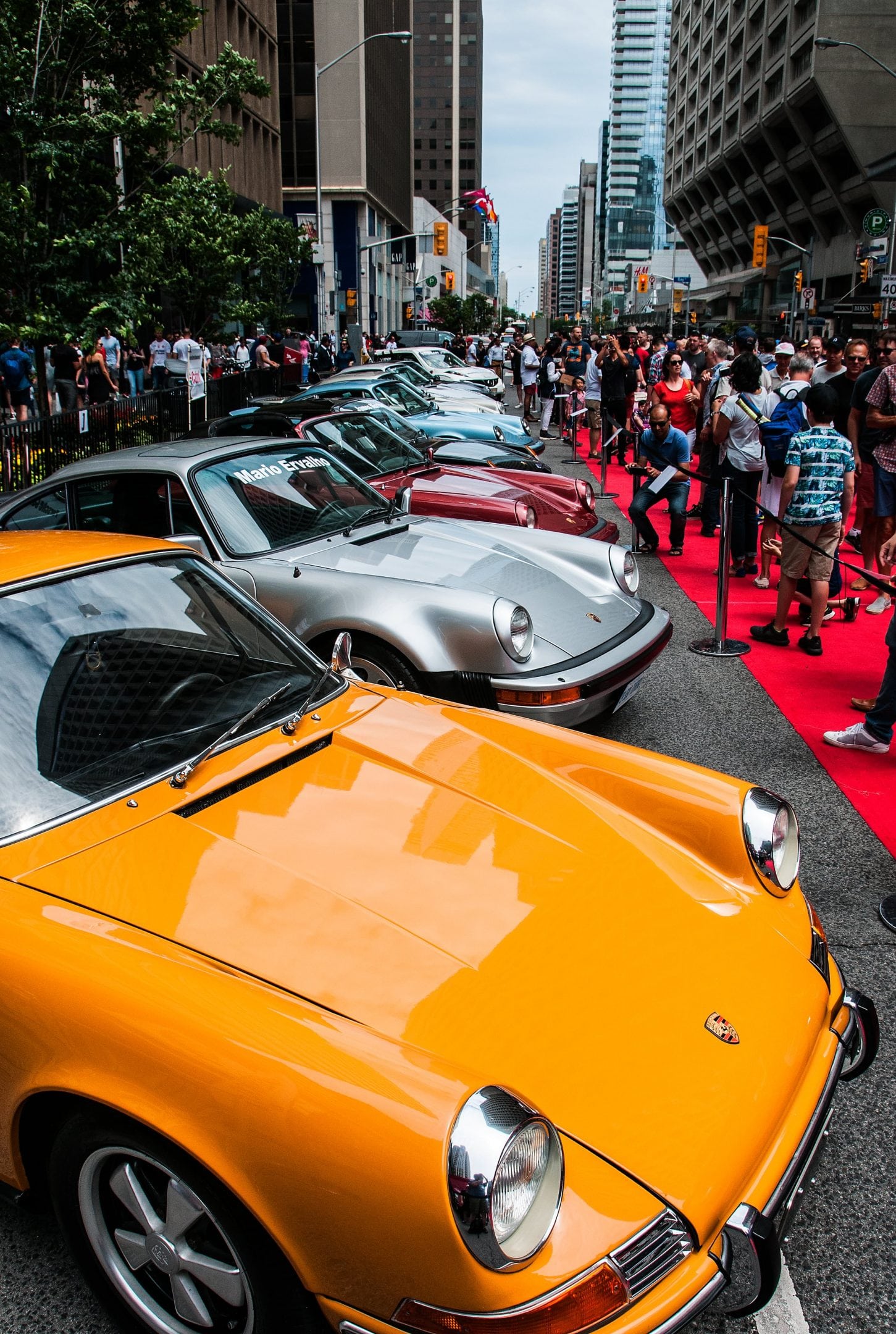 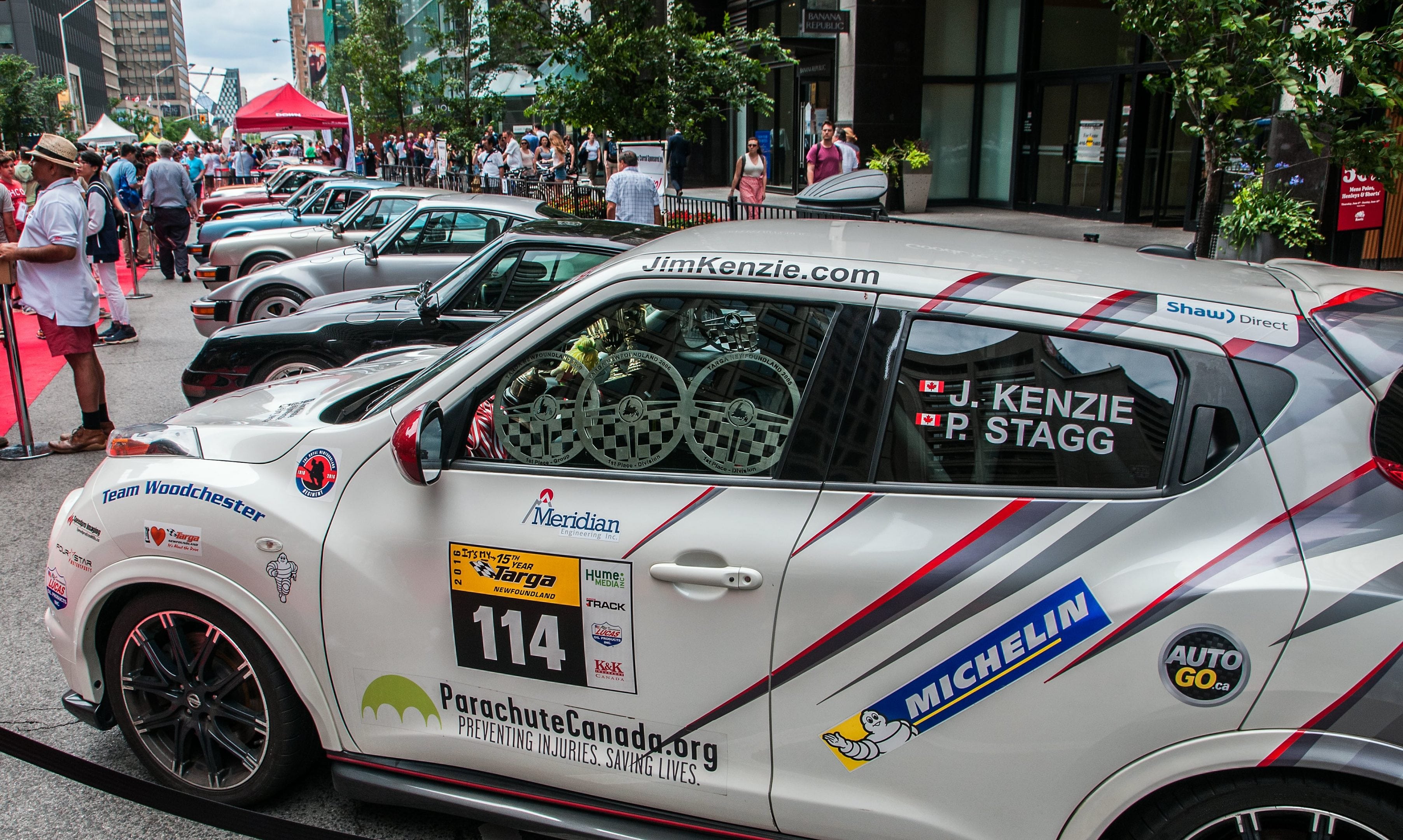 Thanks to Woodchester Infiniti for letting it out of its cage for this event; to fellow Targa Newfoundland veteran Doug Mepham for the loan of his tow vehicles and trailer; and to Jeff Lorriman for his help in getting the car there and for babysitting the rig during the show itself.

Our little car, bedecked with trophies that we’ve won at Targa over its fifteen-years-and-counting existence, even had pole position! Or it was dead last, depending on which way you were looking at it.

Weather is always a crapshoot in Toronto. The day dawned not at all well and it poured rain as we trailered the car to the event. We were, apparently, the only ones who got the memo that we were supposed to load in at 9 a.m.! We eventually all got sorted, the rain stopped, we towelled down the car, the crowds were suitably dazzled by the entries, and it was lovely the rest of the day until the record haul for the charity was announced by David Elsner, Executive Director, Yorkville Exotic Car Show. During the load out, the heavens opened up again. But so had the wallets of Toronto’s car enthusiasts, who realized that they weren’t ever likely to see a more gorgeous or eclectic collection of automotive hardware in downtown Toronto.

At least, not until next year… 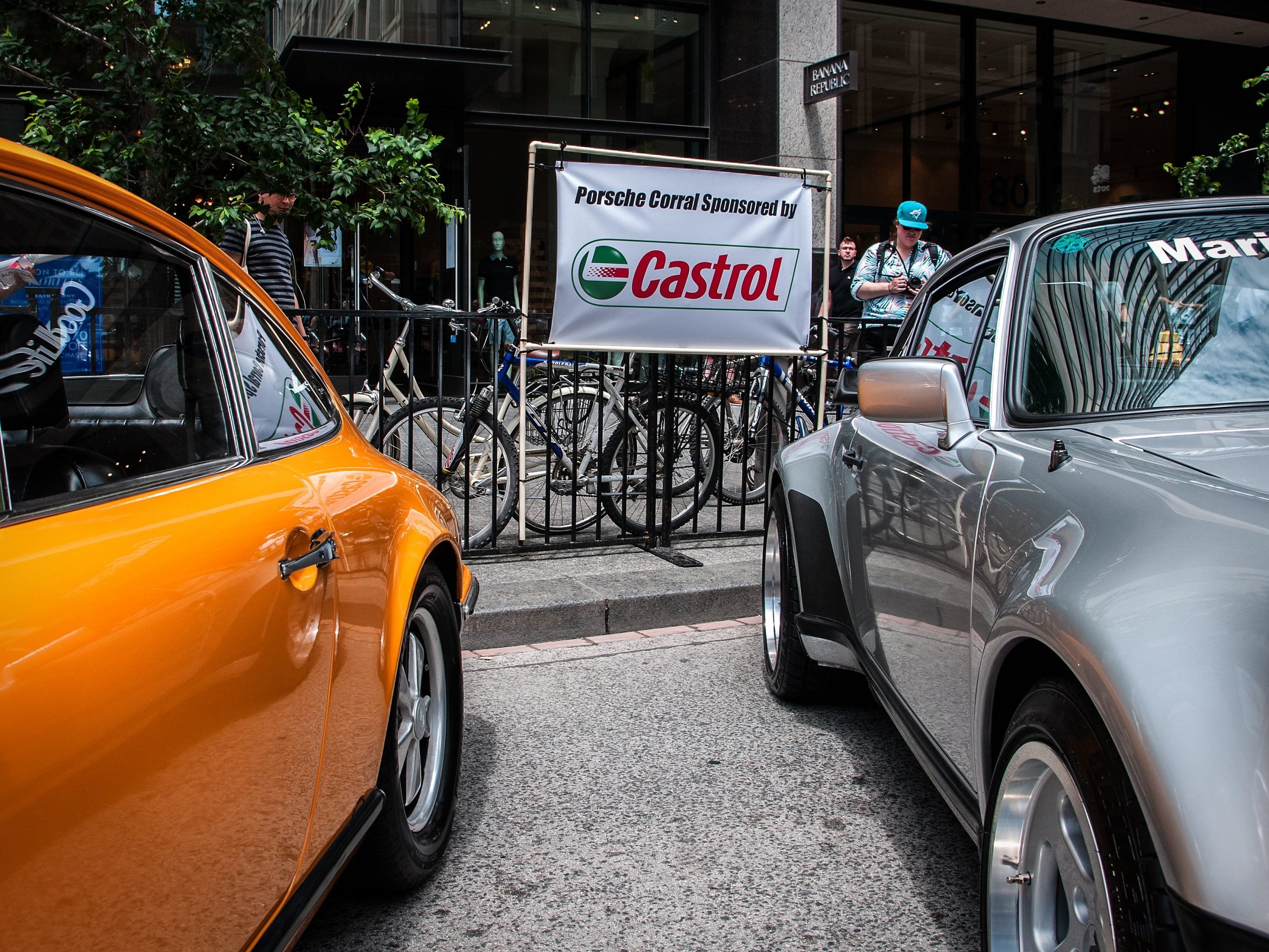 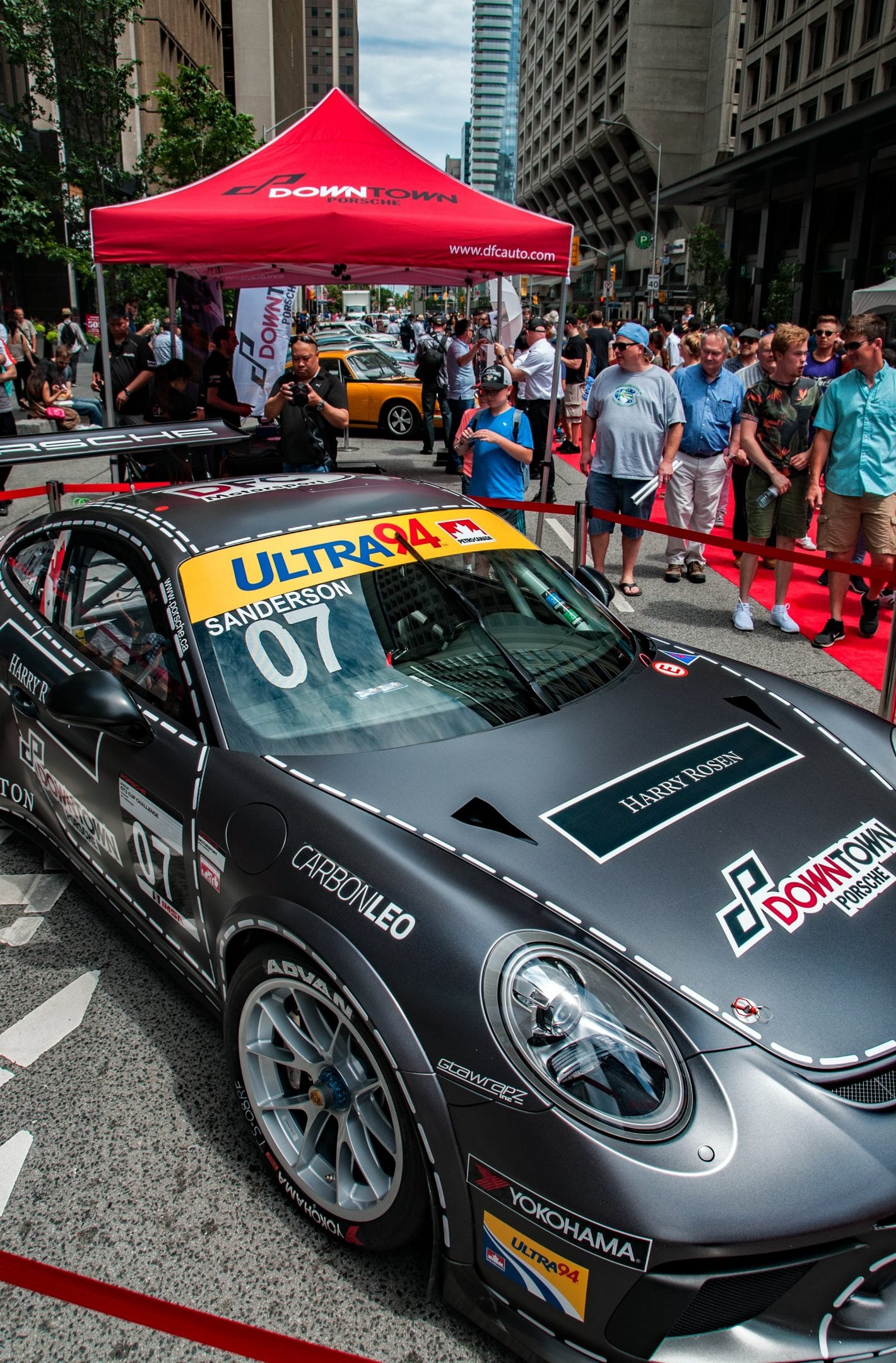 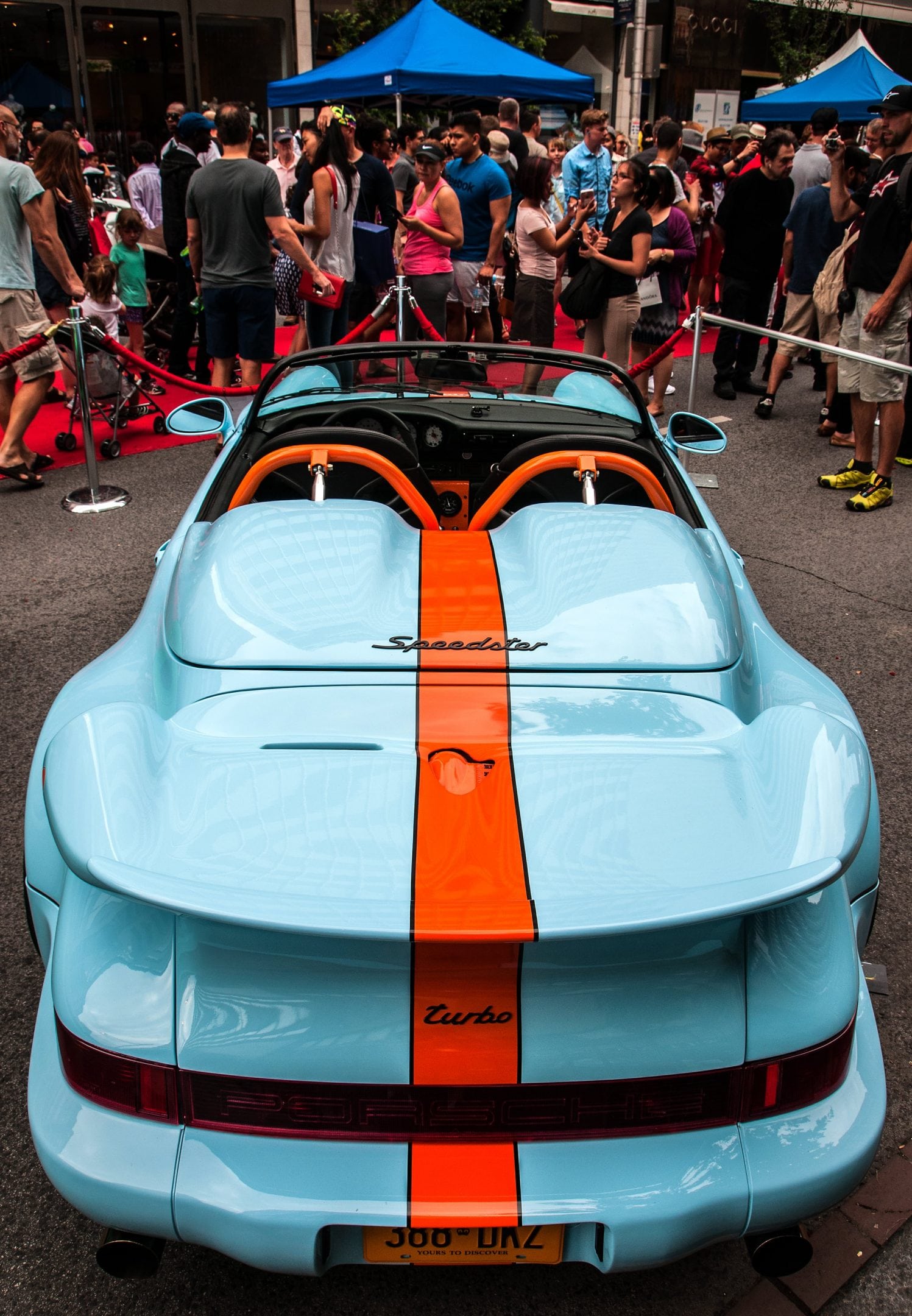 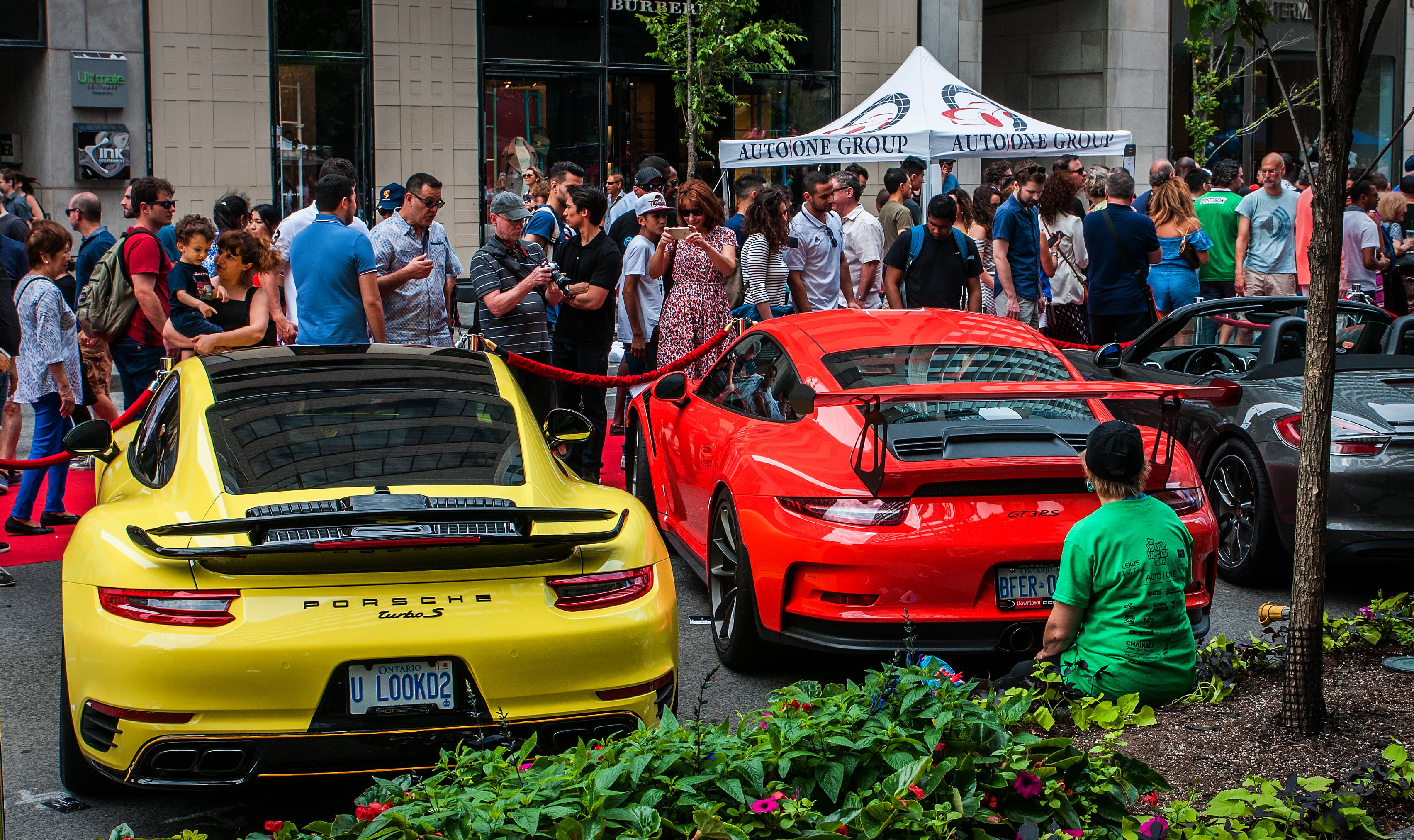 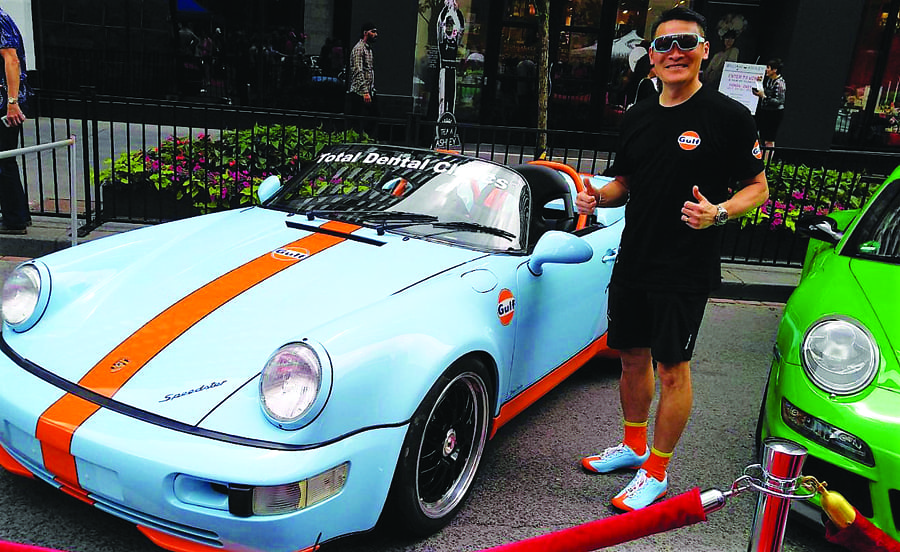