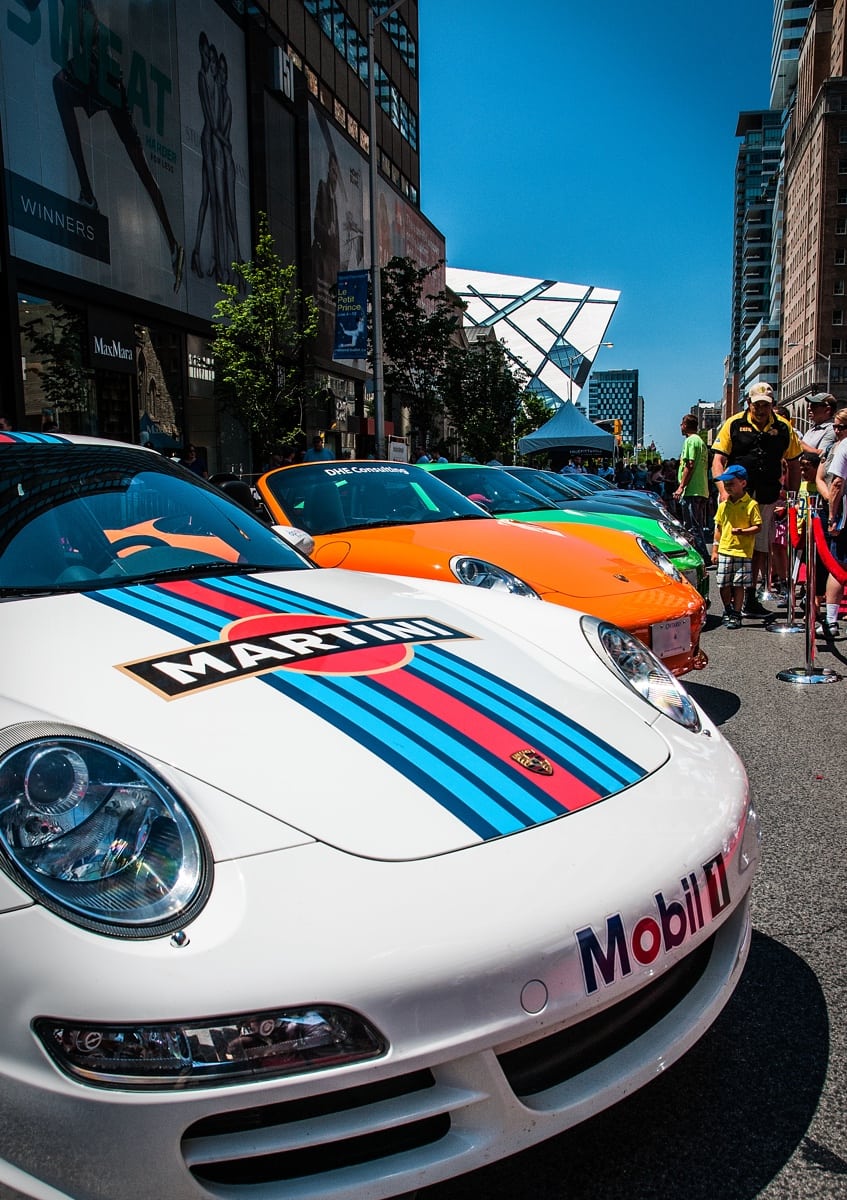 I couldn’t attend this year’s Parade in Vermont—and it was so close! I needed an event to attend.  Hmmm…

Father’s Day, June 19, the Yorkville Exotic Car Show! I checked their web site and reached out to volunteer.  My daughter said she’d like to spend the day with me there.

The Director for YECS responded back, inviting me to attend and offering a pass to photograph the event.  So, for this car-guy-photographer to spend Father’s Day with my daughter, photographing cars… it sounded like a perfect plan! 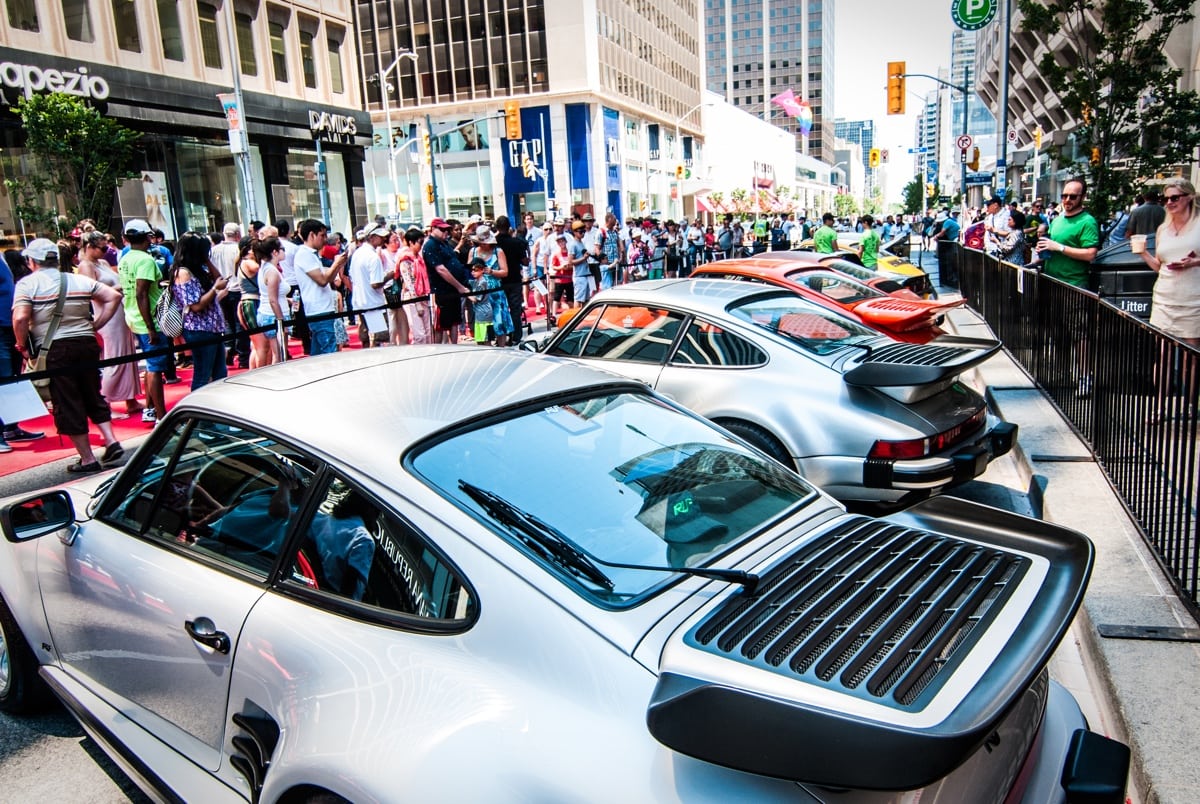 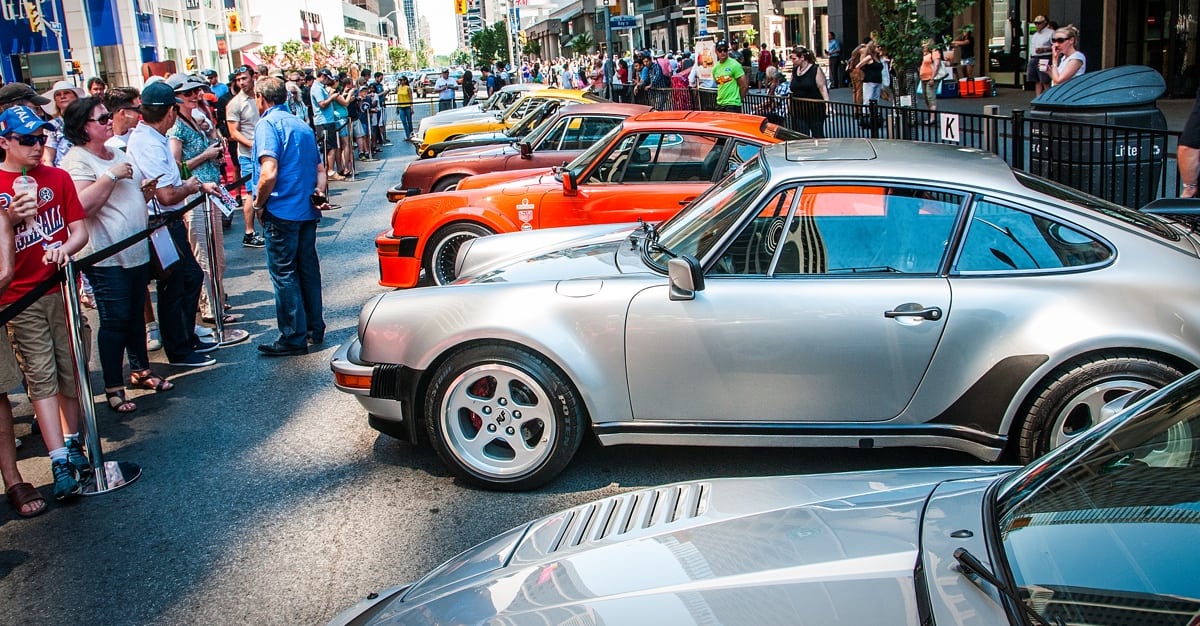 The morning of the show, I picked up my daughter and we drove down to the Finch Subway Station in Toronto.  We hoped there’d be parking left and there was! I had some nine-year-old TTC tokens and we hoped they were still good… they were. I hadn’t been on the subway in over a decade… it’s still the same. The A/C worked fine—a good thing as the day promised to be hot. We arrived at Bloor and made our way to the surface. Crowds were heading to the show on this beautiful, warm sunny day. 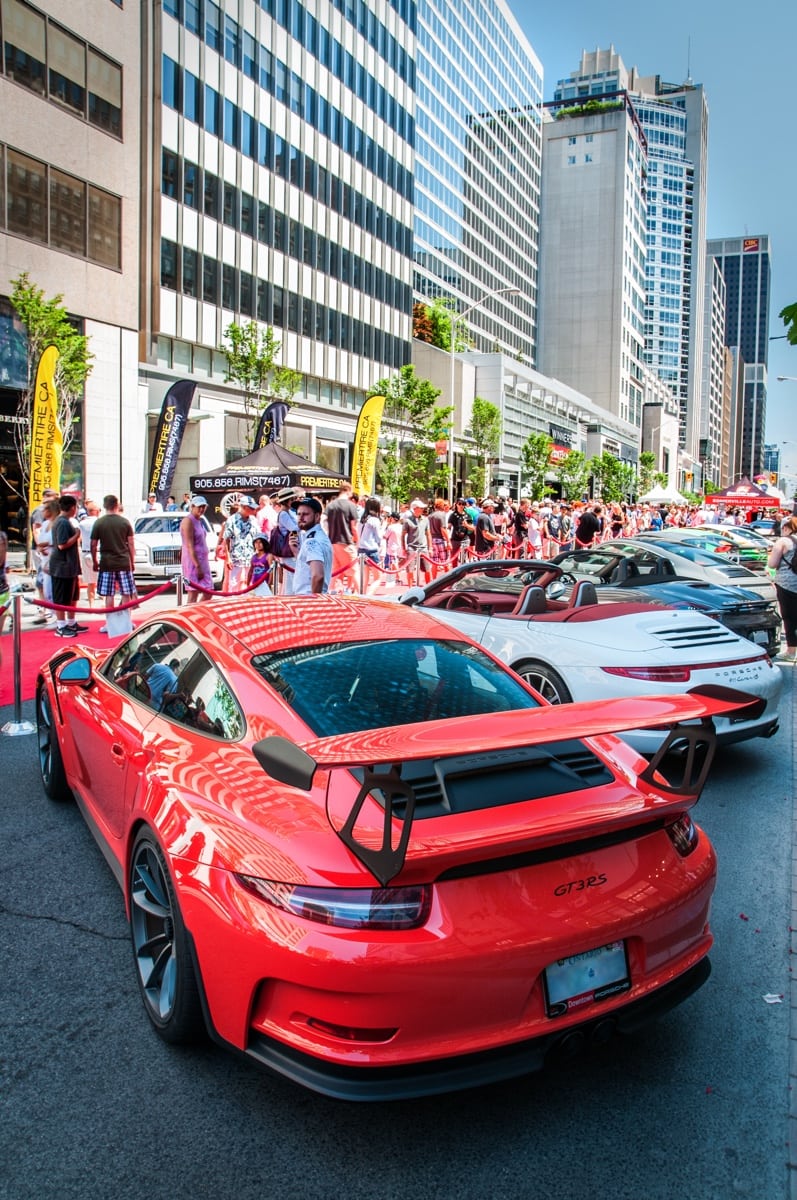 We had not been to the YECS before. Bloor St. West from Bay to Avenue was closed off. As we entered the show area, I was struck by the irony of the setting… the heart of busy Yorkville, shut down to vehicular traffic, for a car show! A red carpet laid down the centre line of Bloor, exotic cars on display on either side. Crowds thronging.

There were some really excellent live music performers scattered throughout the venue. Vendors displayed their wares and showed off their services. The Yorkville shops and restaurants were all open.  The street was filled with Ferraris, Maseratis, Lamborghinis, Corvettes, Mustangs, Aston Martins, Lotuses, Porsches, and so many others!

My mission was not just to photograph the cars, but also to attempt to show that the event was in Yorkville, Toronto. Having the high-end shops and the facade of the ROM in the background certainly helped.

What a great car show and great event! And all to benefit prostate cancer research! Judging by the crowds, I have to believe the organizers did a superb job. We enjoyed ourselves and we’ll be back… unless the date conflicts with Parade next year and I make it to all the way to Spokane, Washington? Hmmm… 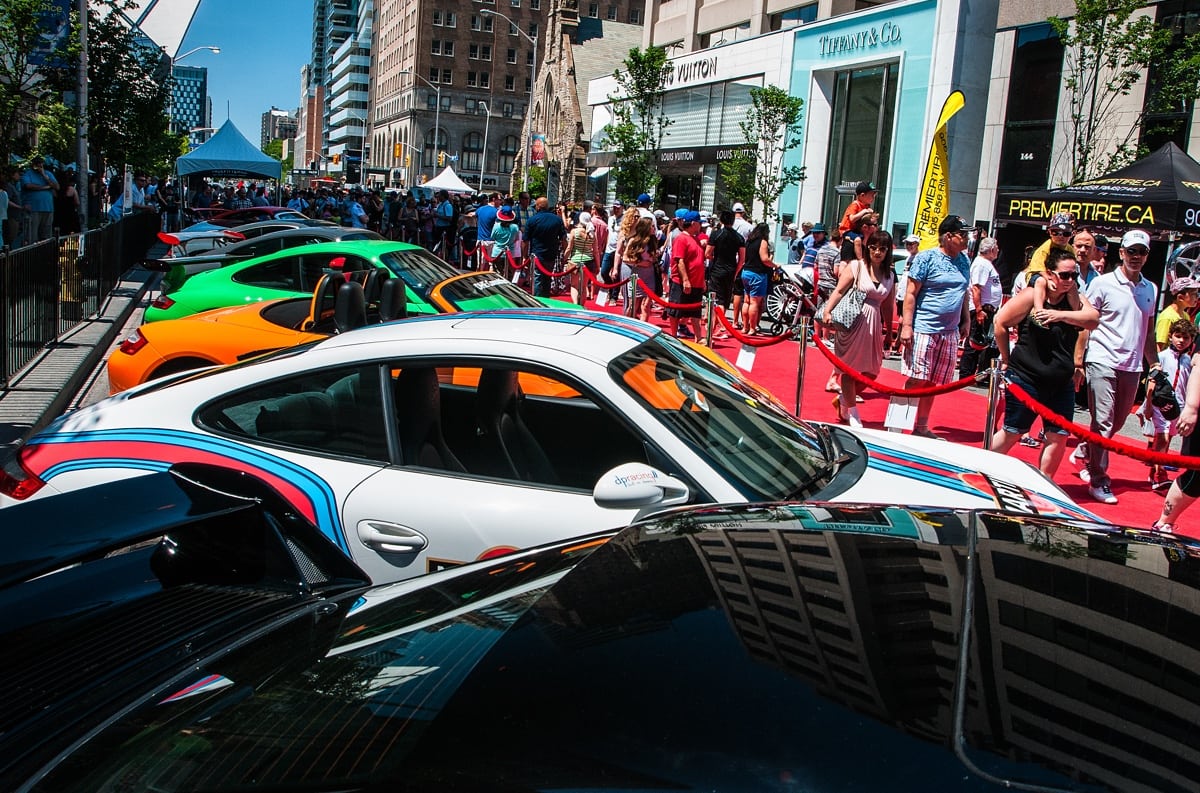